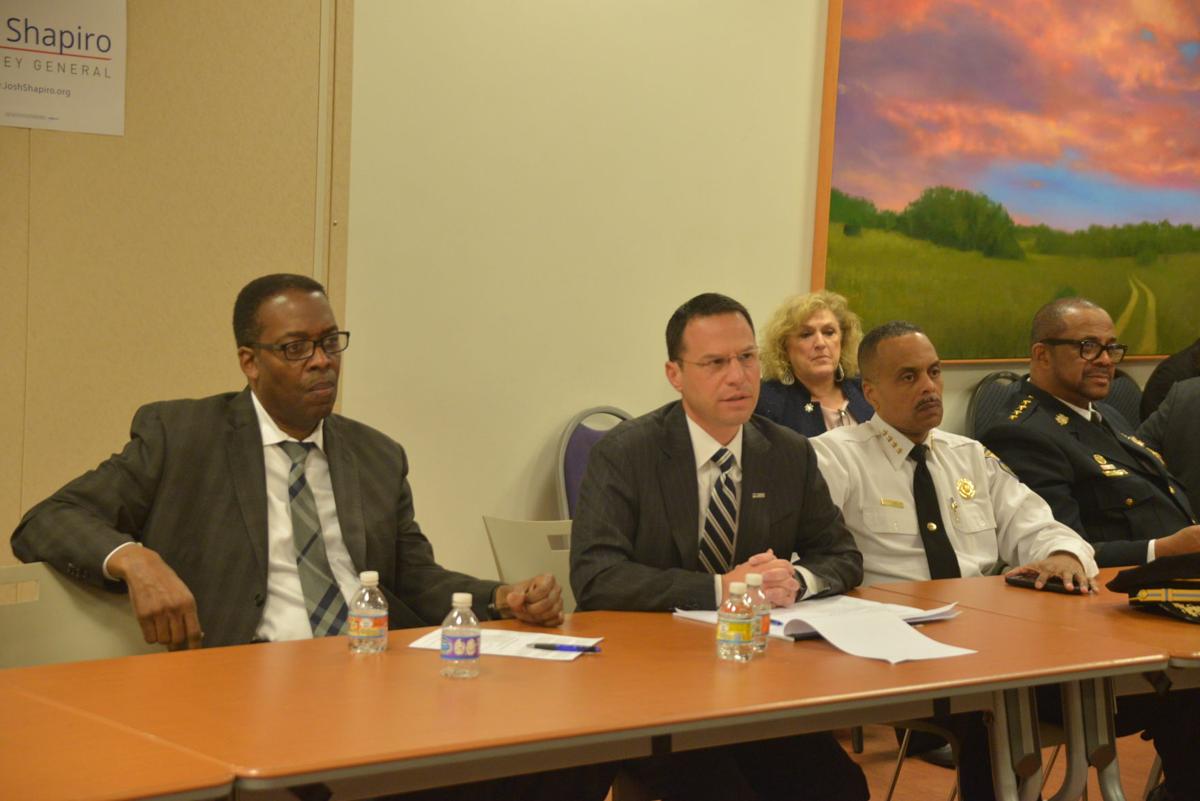 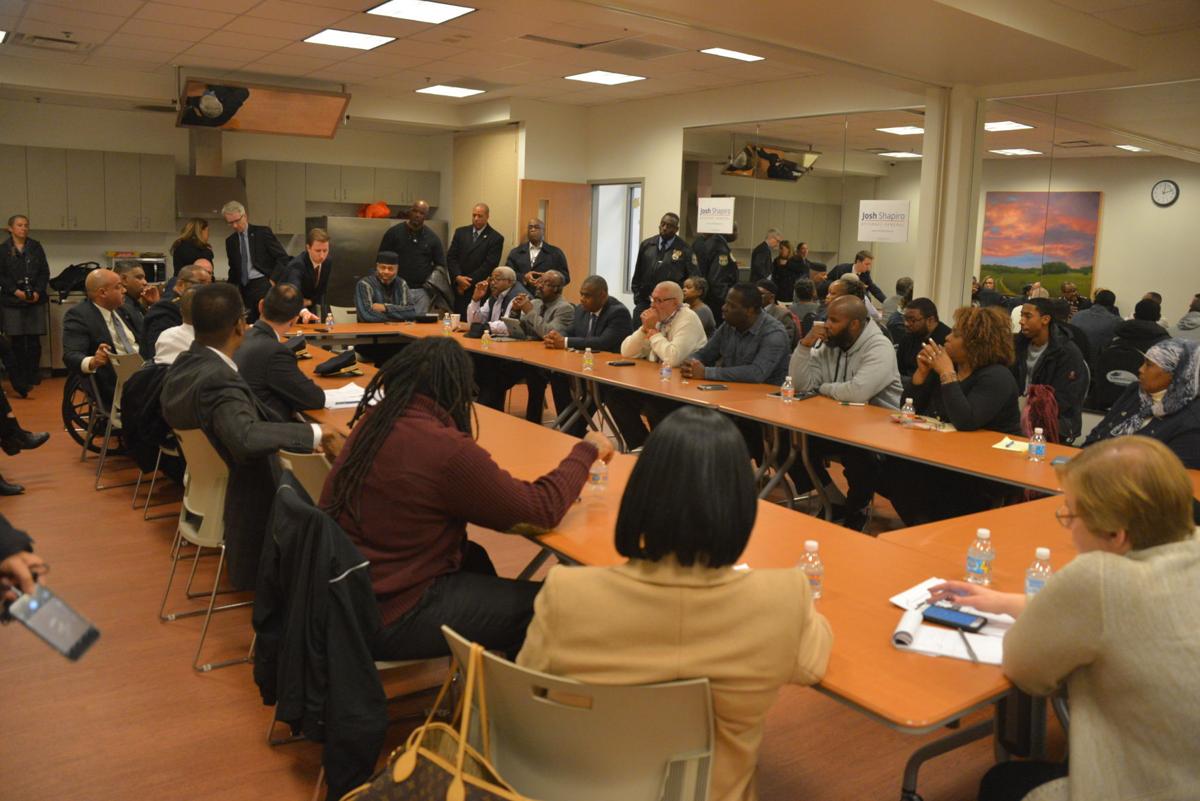 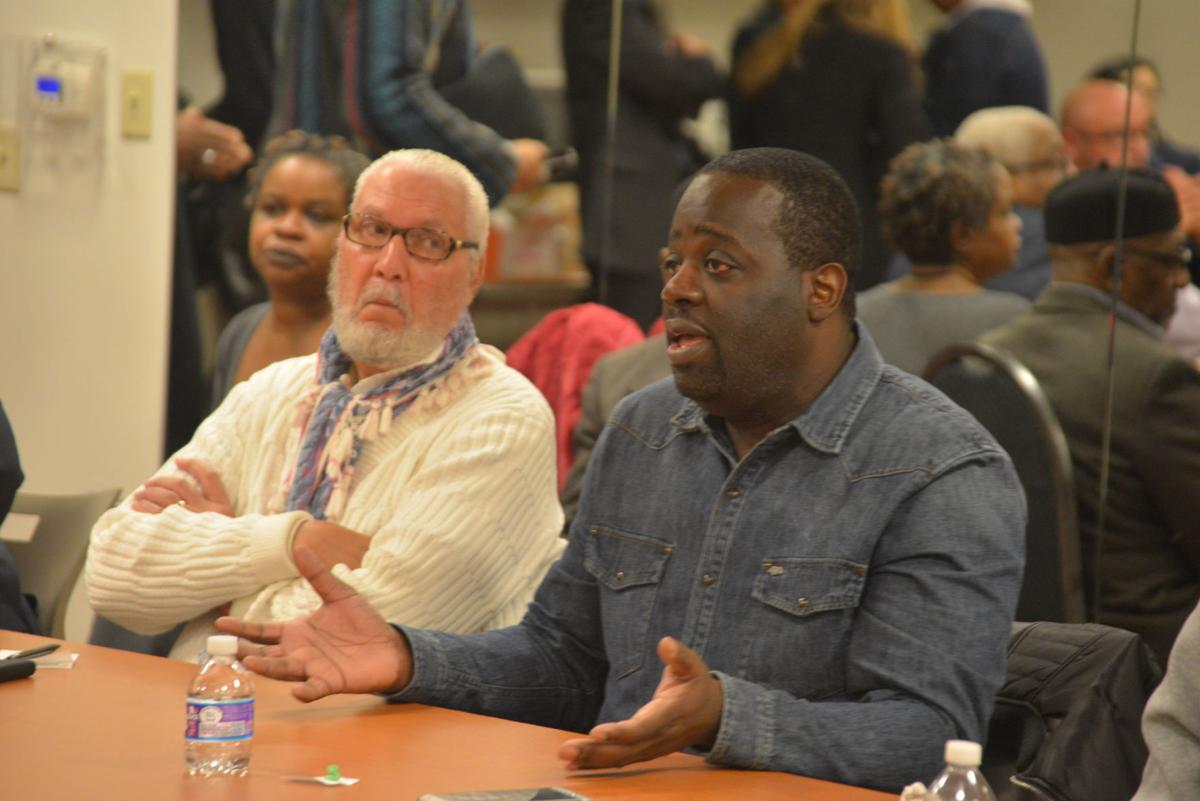 Darryl Shuler of Put It Down discusses his work to combat gun violence in Philadelphia.

Darryl Shuler of Put It Down discusses his work to combat gun violence in Philadelphia.

Even before he begins his new role as Pennsylvania Attorney General, Josh Shapiro wanted to assess the climate of the state’s most pervasive social justice issues from people who work with them everyday.

For Philadelphia, the highlighted issue was community gun violence.

So, with the help of Council President Darrell Clarke, the pair gathered top ranking officials like Police Commissioner Richard Ross, Sheriff Jewell Williams and District Attorney Seth Williams, and put them, literally, at a round table discussion with community-based organizations who work to help eliminate gun violence and support the families affected by it everyday.

“I consider myself someone who the community and the drug dealers or shooters look up to from my past,” said Michael Daniels, an organizer with the Philadelphia Anti Violence Coalition and an anti-gun violence organization called EDGE.

Daniels detailed his activism, which includes traveling to the homes of victims and perpetrators of gun violence, and trying to intervene before a situation escalates.

The Tuesday round-table panel discussion took place at the Stephen Klein Wellness Center near on Cecil B. Moore Avenue between 21st and 22nd streets.

Shapiro said at the meeting the boots-on-the-ground anti-violence advocates were now members of his new, non-traditional transition team. He will begin his role as attorney general in January.

And he got it.

“How old were you when you picked up a gun for the first time?” Shapiro asked Solomon, nephew of anti-gun violence community organizer Darryl Shuler.

Solomon said he got the gun from a friend, and didn’t feel guilty about carrying it on occasion because guns were so pervasive in his community.

“Seeing it growing up, it kind of normalizes carrying guns,” he said. “It becomes normal in our culture.”

Out for more than a year after serving a nearly five-year sentence for a violent act, Solomon said it was prison that enabled him to slow down and see the broad impacts of gun violence.

Organizers at the panel discussed reaching children like Solomon before their situations escalate.

Education is a tool, according to Shuler, a community member who works on the ground closely with victims and perpetrators of gun violence, but for kids who are already using guns, sometimes it’s not enough.

“We need people like myself and other people sitting around this table to be able to go in this community and change the mind set,” he said.

Economic empowerment was a tool many of the organizers said they use to help steer community members away from gun violence.

Terry Starks of Philadelphia Ceasefire uses entrepreneurship to uplift at-risk populations. His family is an example, he said, with his children each running a basketball camp, a dance team and making their own juice, between them.

Starks, who said he was just elected a ward leader in the city, had a message of solidarity for the officials.

“You can’t think that you’re by yourselves right now, because you’ve got somebody here on the other side that’s just scraping over there to see who’s going to help us too,” he said.

While every organization represented stood behind their community and advocacy work, many pointed to lack of resources to continue the work.

Every Murder Is Real uses a “holistic and trauma-informed approach” to addressing the impacts of gun violence in Philadelphia, the organization’s founder Chantay Love said Tuesday. They lobby in Harrisburg and partner with local hospitals to train medical staff what trauma looks like in African Americans and how to treat it.

“We are the grassroots, and no we don’t get the funding,” Love said. “They like our data, they like what we do, but they don’t really want to partner.”

Not just money, Ceasefire PA Executive Director Shira Goodman said elected officials can help community gun advocates find data on where guns are coming from and how they’re being acquired.

“We need to know that data exists,” Goodman said. “It is hidden behind the walls, you have the power to work with police jurisdictions across the state. The state police can get it.”

Ultimately, said Harrell-Johnson, “We just want the homicides to stop.”