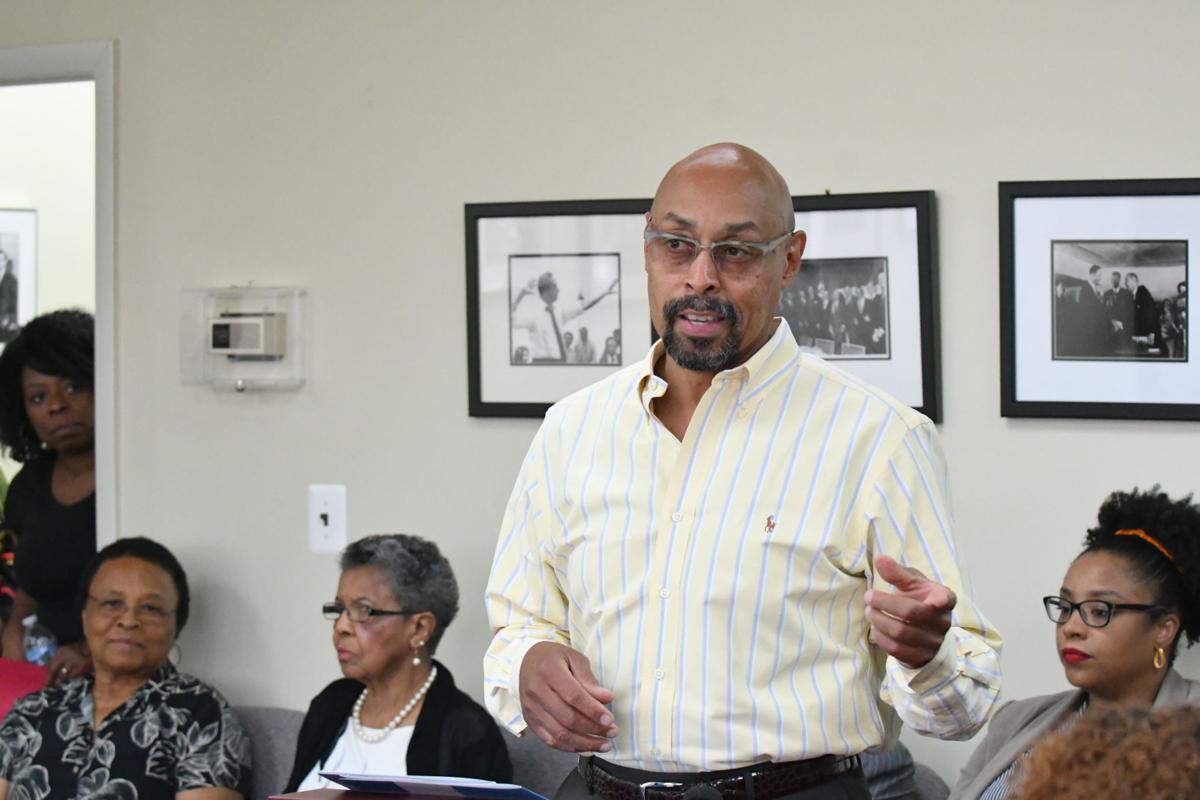 James Haynes, the president and CEO of OIC of America, speaks during a press conference held on Friday afternoon to highlight the SOAR program.— Photos/ABDUL SULAYMAN/TRIBUNE CHIEF PHOTOGRAPHER 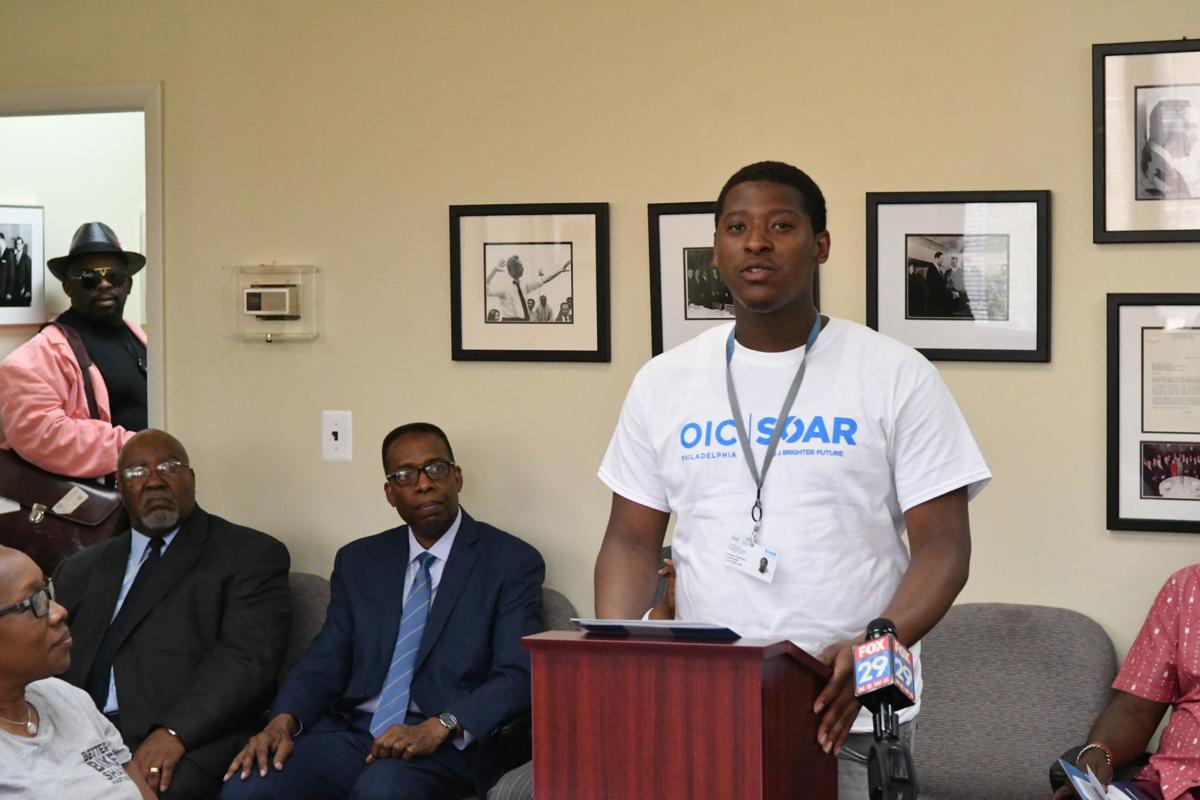 Kasim Ward, a SOAR participant, speaks during the press conference. 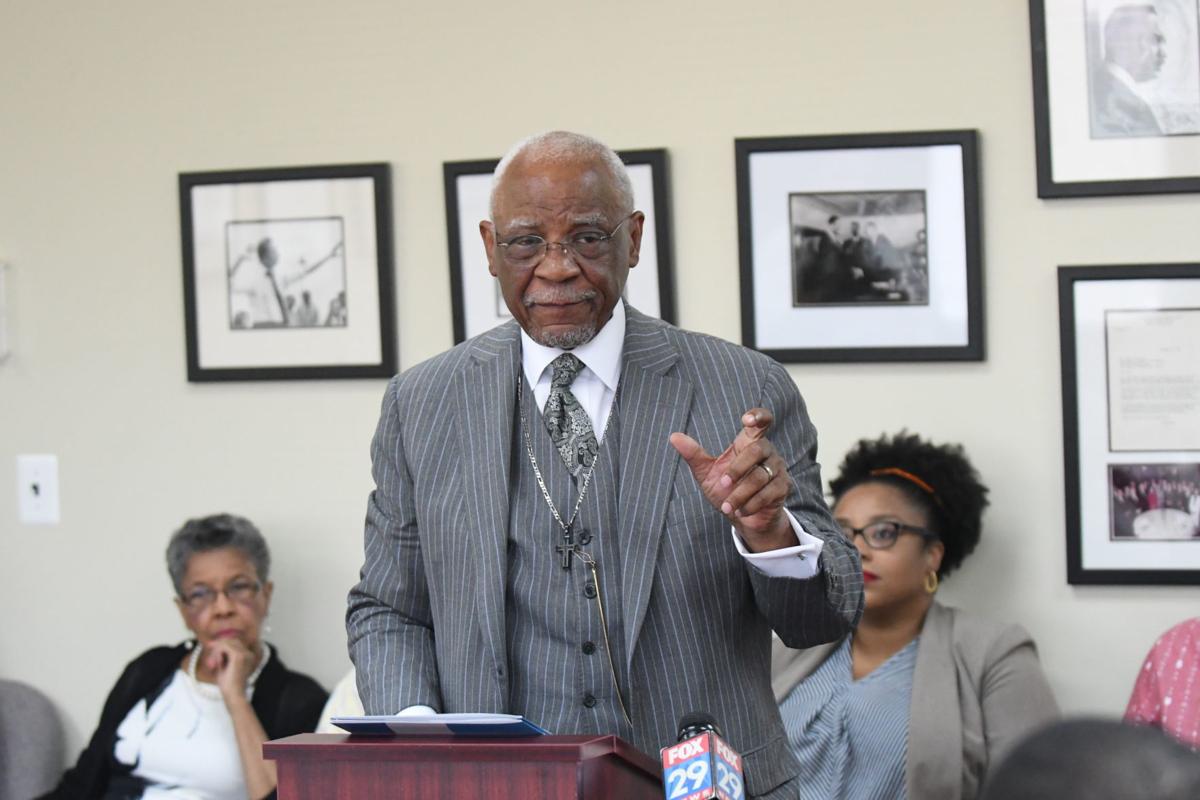 Wilson Goode, former mayor of Philadelphia and president of Amachi, Inc. speaks during the press conference. Amachi has partnered with OICA for its re-entry work.

James Haynes, the president and CEO of OIC of America, speaks during a press conference held on Friday afternoon to highlight the SOAR program.— Photos/ABDUL SULAYMAN/TRIBUNE CHIEF PHOTOGRAPHER

Kasim Ward, a SOAR participant, speaks during the press conference.

Wilson Goode, former mayor of Philadelphia and president of Amachi, Inc. speaks during the press conference. Amachi has partnered with OICA for its re-entry work.

As an ex-offender, Kasim Ward is thankful for the opportunity to have a second chance.

The 20-year-old is currently tapping into OIC of Americas, Inc.’s re-entry program named SOAR (Skills and Opportunities for Achievement and Responsibility). Through its affiliate network, OICA aims to reduce recidivism by helping formerly incarcerated young adults between the ages of 18 to 24 successfully transition back into their communities.

“I appreciate the whole idea of reentry,” Ward said, as he spoke during an event held Friday afternoon to mark Re-entry Month and celebrate SOAR’s first year anniversary. “I learned from my mistakes. I made some mistakes that doesn’t truly represent me as an individual, but reentry has allowed me to be a better man for my daughter, for my family and for my community. I’m learning. I’m prospering, I’m building. I’m restoring myself.”

“Were in the business of changing lives and providing second chances,” said James Haynes, the president of the OICA and national board chair.

The SOAR program is currently being offered through seven OICA affiliates, including Philadelphia OIC.

“The national recidivism rate is 76.6 percent and this is unacceptable and this is why programs such as SOAR are so vital and so needed in Philadelphia and around the country,” said Charles Crumbley III, interim president of Philadelphia OIC.

“The best way to reduce recidivism is by meeting the returning citizen where he or she is at that stage in their lives and being a conduit to resources. Whether its basic fundamentals such as providing food, or transportation, educational life skills and vocational training, we do our best to meet the needs of our clients so that they can focus on acquiring the skills that they need to live sustainable lives.”

Philadelphia OIC currently has 60 SOAR program participants and seeks to have 120 people enrolled by the end of June. The organization is currently training participants for jobs in the areas of culinary arts, hospitality, retail and welding.

Program participants are enrolled during a period ranging from six to 12 months depending on their educational background. They receive case management, education and training leading to industry-recognized credentials, workforce activities that lead to employment and nine months of follow-up activities.

OICA has formed partnerships with various organizations such as Uplift Solutions and Amachi, Inc. to conduct re-entry work.

During the press conference, state Rep. Curtis Thomas (D-Phila.) spoke about the importance of ensuring that returning citizens are able to become productive community members.

“Criminal justice in America is not about rehabilitation,” Thomas said. “It’s about punishment and hoping that punishment will teach others to avoid doing the same thing, but at the end of the day they are coming home and we’ve got to make sure that they are able to become productive members of their families, their communities, the city of Philadelphia and the commonwealth of Pennsylvania.”

As part of the SOAR celebration, OICA held a job and resource fair at its Broad Street headquarters featuring employers, community service partners and justice partners.

As Troy Godwin stood surrounded by more than a half-dozen police officers in a cramped room, the former felon and reformed substance abuser cr…