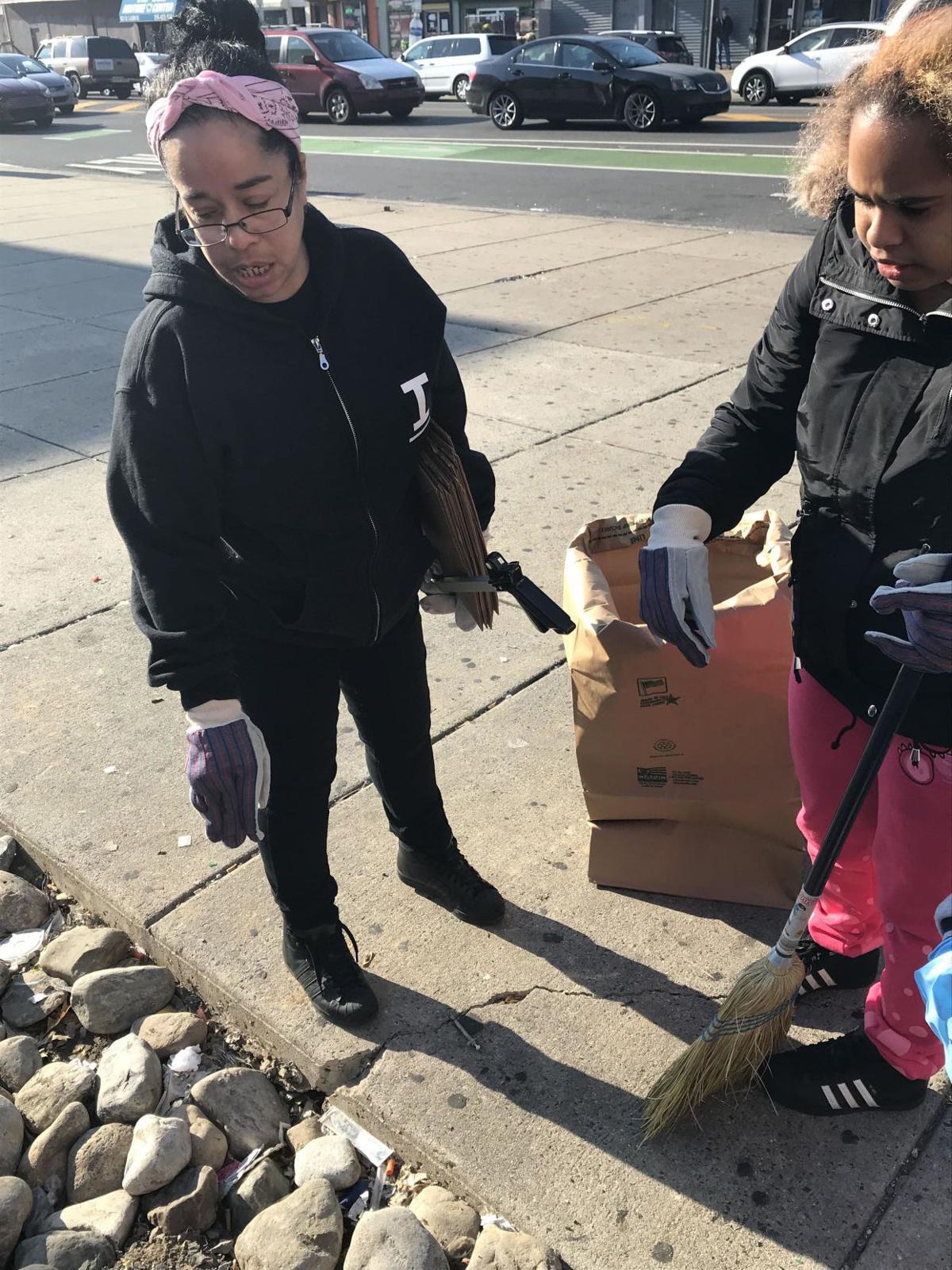 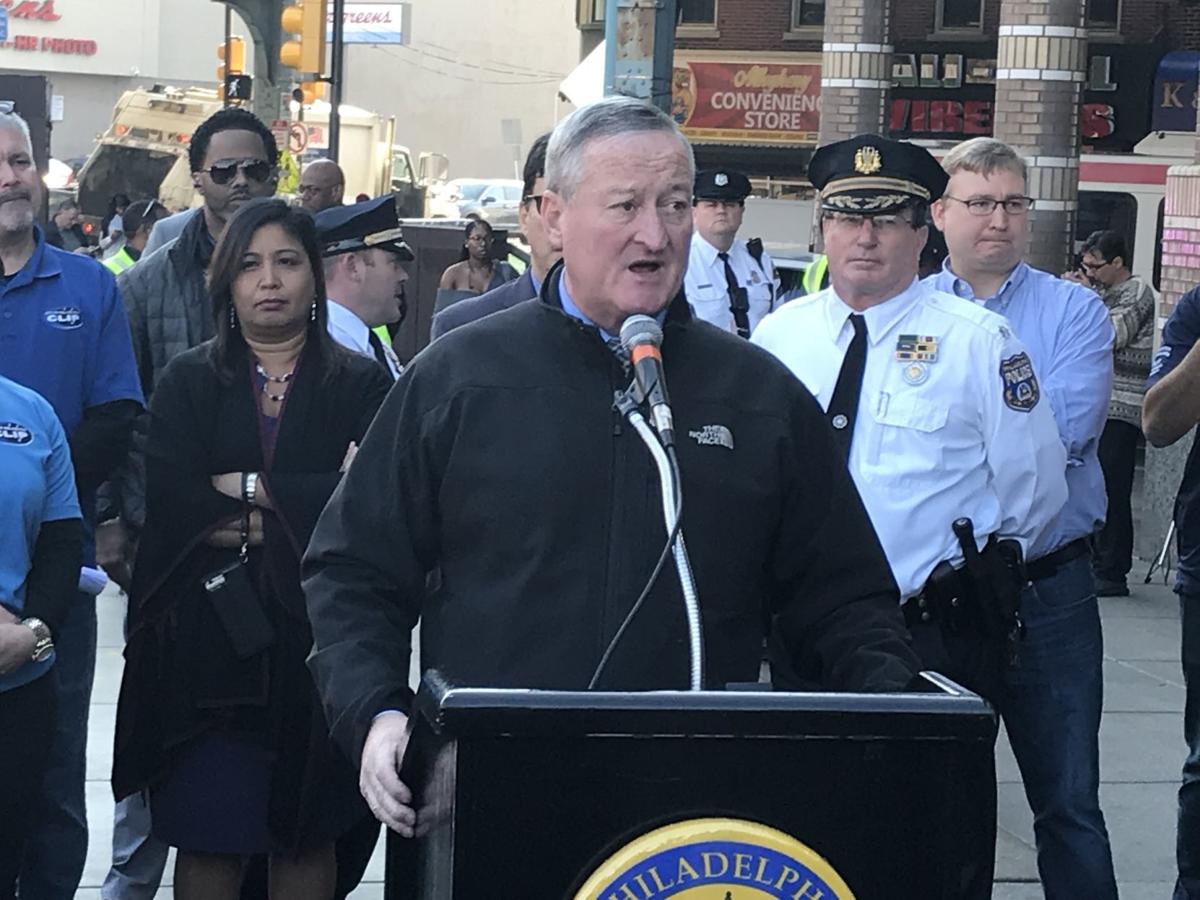 Sylvia Colon didn’t mince her words when asked why she joined in the massive cleanup of the Kensington neighborhood on Thursday.

“I’m afraid,” said Colon, pushing a broom in front of the Walgreens at the corner of Kensington and Allegheny avenues. “I’m afraid that my nephew — he’s 2 years old — that he’s gonna pick up a needle one day.”

A longtime Kensington resident, Colon, 42, doesn’t live far from Kensington and Allegheny, the intersection recognized by many as Ground Zero for the opioid epidemic that last year killed more than 1,200 in Philadelphia. And after almost two decades of living nearby, Colon admits that she has given up on the neighborhood and plans to move “where the drug dealers aren’t fighting every day.”

Still, Colon joined hundreds of city personnel and volunteers as part of the Philadelphia Resilience Project, a city-sponsored response to the opioid crisis. Beginning at 9 a.m. and finishing at 1 p.m., they cleaned Kensington Avenue from Allegheny to Lehigh Avenue and two blocks east and west on Lehigh and Allegheny avenues.

Cleaning the neighborhood is symbolic of a greater effort by Mayor Jim Kenney to join residents and the city agencies together in the ongoing battle against drugs.

Funding for the cleanup on Thursday came from the city budget, City Deputy Managing Director Ben Abernathy said. Officials plan to have more large-scale cleanups in Kensington in the future, possibly once a month.

Not long after the mayor finished speaking, volunteers like Colon grabbed up cleaning supplies provided by Community Life Improvement Program (CLIP) and fanned out across the area. Before they were out of earshot, Abernathy advised the volunteers not to pick up syringes.

“They are dangerous, and we have people specially trained to dispose of them, so please don’t touch them,” Abernathy said.

The opioid crisis is also worsening other health hazards, one of them being an increase in HIV infections. In the 12 months before August 31 of this year, 46 injection drug uses were diagnosed with HIV, up 48 percent compared with the previous 12 months.

Elisa Roche-Rodriguez, of Impact Services Corporation, worked with Colon in front of the Walgreens, using a device made specifically for picking up and removing needles. About 20 feet away, two men pulled orange syringe caps from a grate in the street and disposed of them.

An elderly woman walking under the Market-Frankford Line smelled the bleach being used to clean certain areas of sidewalk, turned to another woman and said, “the neighborhood smells good.”

“I think this is a very good idea,” Roche-Rodriguez said of the partnership between the city and the community. “It’s not going to solve the problem. But everything helps.”

City staff involved in the cleanup: 191

Volunteers involved in the cleanup: 263

Tons of trash and debris collected: 103

Number of illegal dumps cleaned up: 16

Number of doors and windows painted along Kensington Ave.: 7

Number of properties cleaned of graffiti: 107

The city’s approach to combating opioids — while still evolving — will not repeat the mistakes of the response to the crack-cocaine epidemic, which resulted in mass incarceration that affected Blacks disproportionately, said Elizabeth Hersh, the city's director of Homeless Services.

The Garden State’s top law enforcement official says time is up for polluters who contaminate sites in low-income and minority neighborhoods, …