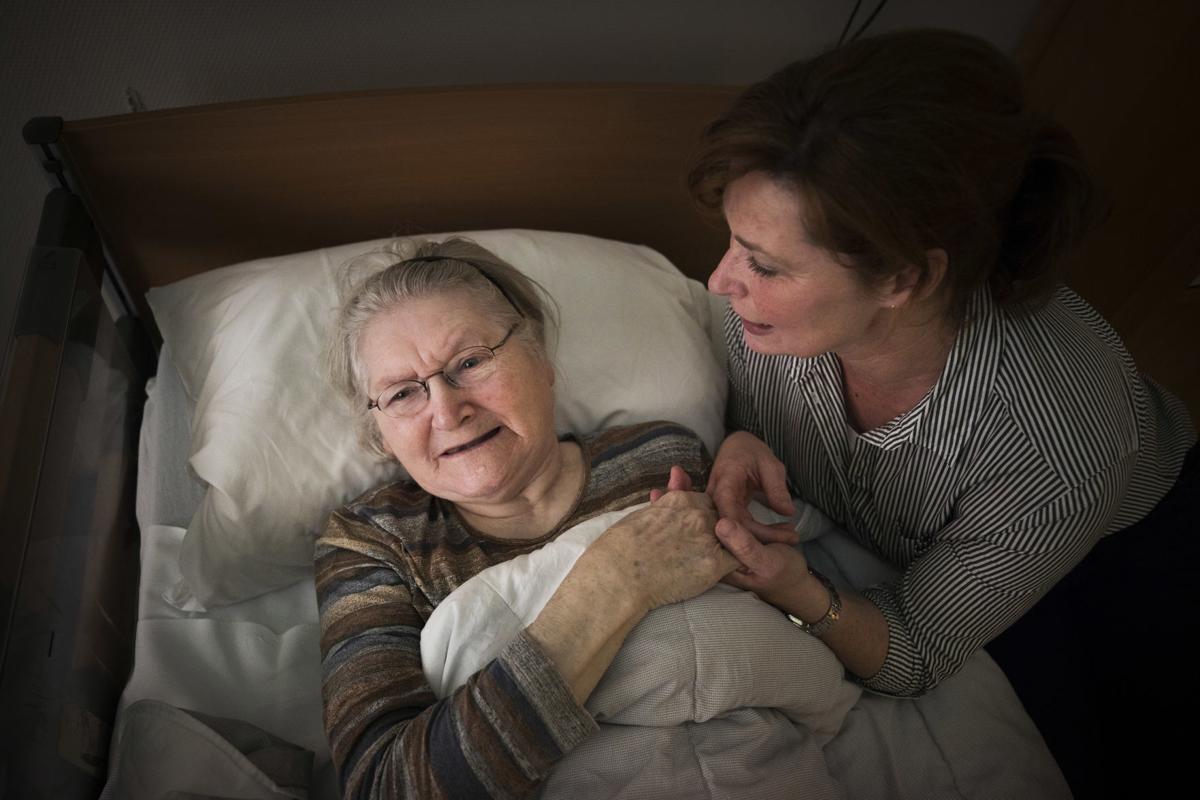 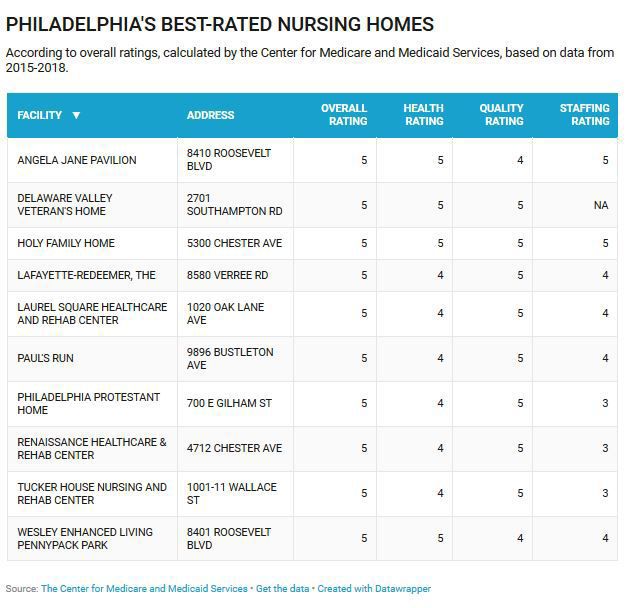 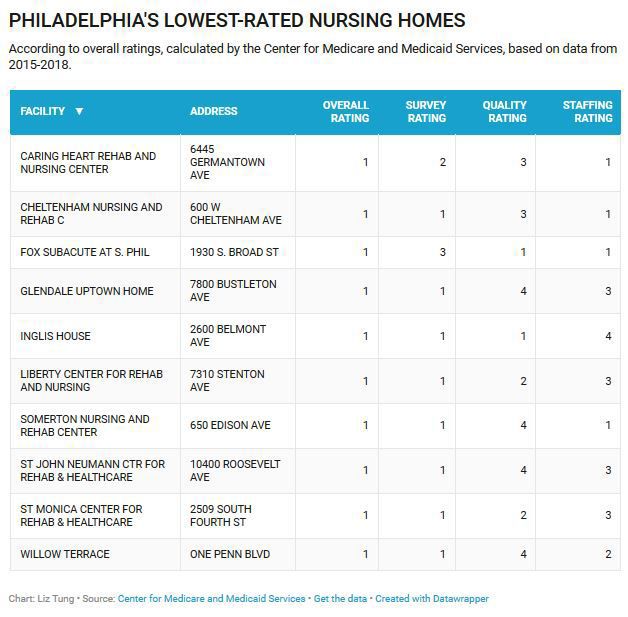 The addition of new quality measures for nursing homes receiving federal funds could soon upset the pecking order of Philadelphia’s best — and worst — nursing homes, according to the latest government data.

Roughly once every quarter, the federal government updates its quality rankings for nursing homes that receive funds from Medicare and Medicaid. Each facility receives an overall star rating — from one to five — based on its most recent health inspections, staff-to-patient ratios, and quality of care.

The new measures could offer key insights into the quality of staff responsiveness and care, said David Hoffman, president of a national health care consulting firm based in Philadelphia.

“I think staffing is the most important issue in long-term care,” Hoffman said. “And it’s not just numbers — it’s competence.”

For example, pressure ulcers, otherwise known as bedsores, are what Hoffman calls “multifactorial,” meaning they can be caused by a variety of care deficiencies. The Center for Medicare and Medicaid Services website cites three possible deficiencies: inadequate nutrition, failure to reposition residents often enough, and a lack of padding.

“So it’s important to look at that number and think, ‘Well, while I may not be a clinician, what does it mean that somebody’s skin is breaking down and developing painful wounds?’” Hoffman said. “And so it’s relevant as to how care is being delivered in that facility.”

“The ongoing issue is how responsive our staff is to the basic needs of a resident who needs assistance,” he said, adding that many falls occur when patients with mobility issues give up on waiting for staff and attempt to get in or out of bed or over to the bathroom, themselves.

“If we assess individuals correctly upon admission, and, if they’re at high risk for falls, then we put certain interventions in place,” he said.

Though the new measures aren’t yet being calculated into overall ratings — the Center for Medicare and Medicaid Services said that will begin as early as this fall — preliminary results are already showing that they could affect facilities’ rankings.

For example, compare the 10 worst-ranked nursing homes in Philadelphia based on overall ratings with the 10 worst nursing homes as determined by percentage of patients with pressure wounds and fall-related injuries.

While there is some overlap, a number of the worst-performing nursing homes based on the new measures boast otherwise decent ratings.

Care Pavilion Nursing and Rehabilitation Center in Old City features an overall rating of three out of five stars — solidly average. But the facility is among the city’s 10 worst performers when it comes both to pressure wounds and fall-related injuries.

A look at its latest health inspections also shows troubling infractions, including failure to follow physician instructions related to patients’ health; failure to supervise a patient whose self-administration of insulin led to a hospital visit; and the temporary escape of a patient who was known to be an elopement risk.

Bala Nursing and Retirement likewise boasts an overall rating of three stars, despite having the second-highest rate of patients with new or worsening pressure ulcers in the city.

Third-worst when it comes to pressure ulcers is Laurel Square Healthcare and Rehabilitation Center, which has a five-star overall rating. Recent health inspections show that Laurel has been cited for its high medication error rate and repeated failure to keep tabs on a patient who was found to be leaving dialysis in order to go drinking.

Centennial Healthcare and Rehabilitation, which has the highest percentage of fall-related injuries in the city, has a four-star overall rating. Citations include misplaced belongings, medication errors, and failure to update medical records.

Health inspection reports, which are available online, can offer specifics about deficiency citations, along with context that helps reveal whether incidents are isolated or part of a pattern, Hoffman said.

An even better way of judging a nursing home is making a visit.

“One of the first things I recommend is going to the facility at mealtime and watching how staff interacts with the residents,” he said. “That tells me a lot about the quality of the building regardless of all these numbers.”

The full updated quality ratings, along with original datasets, are available here. -- (WHYY)