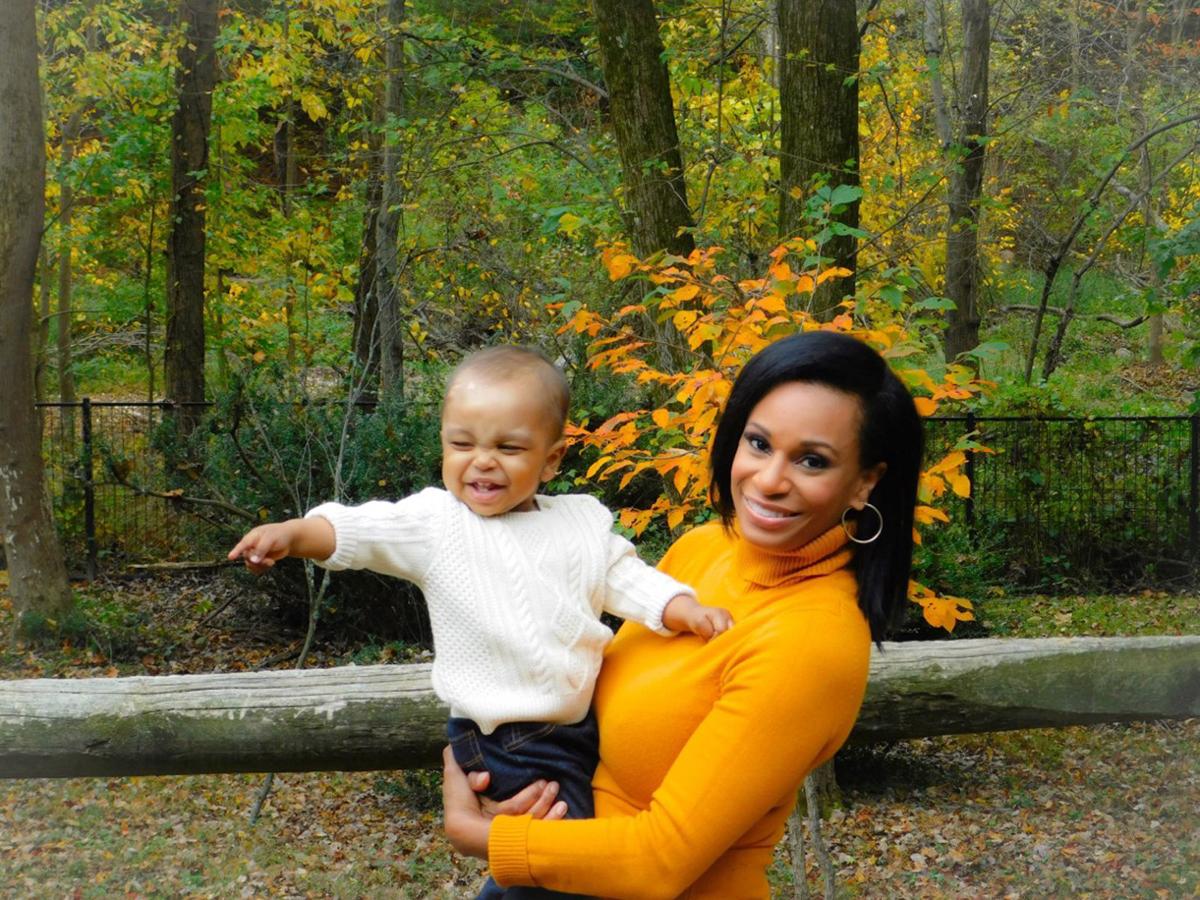 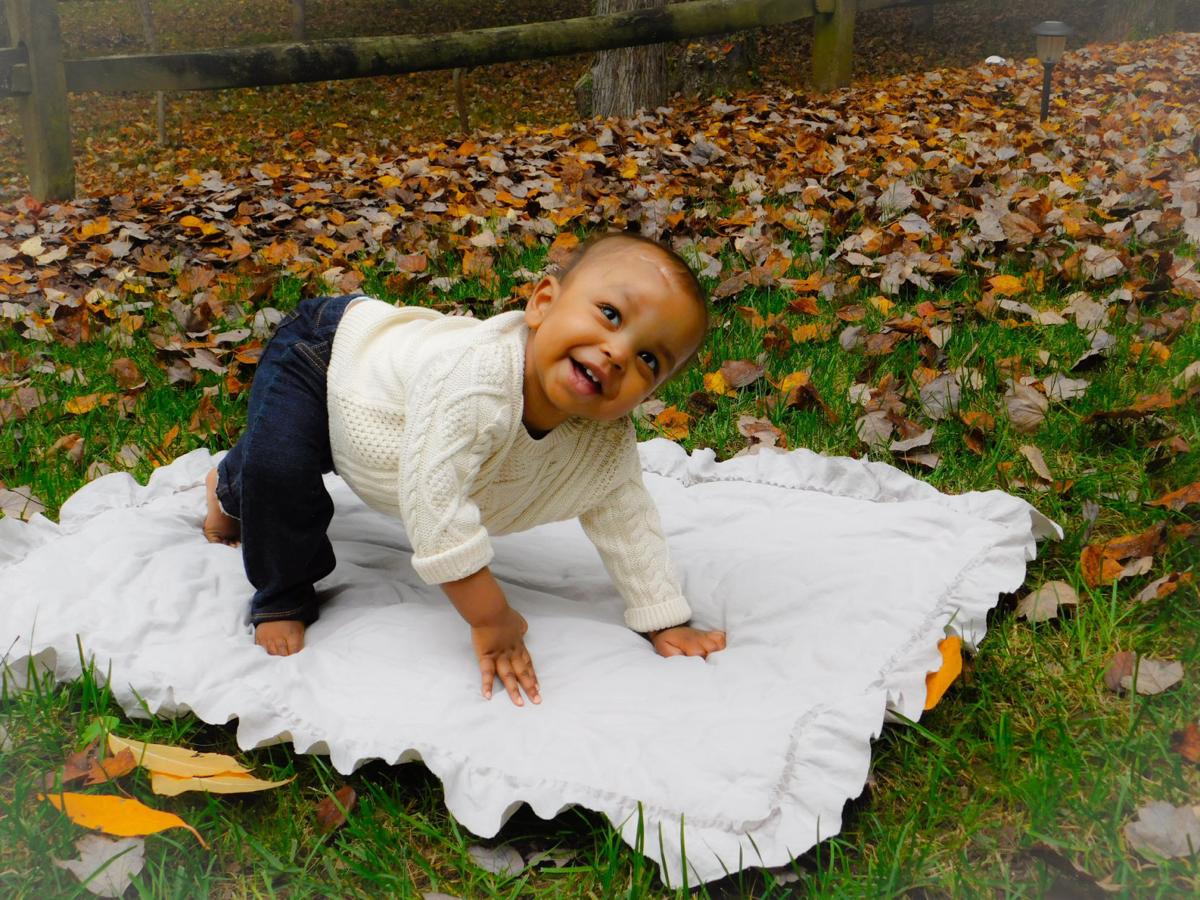 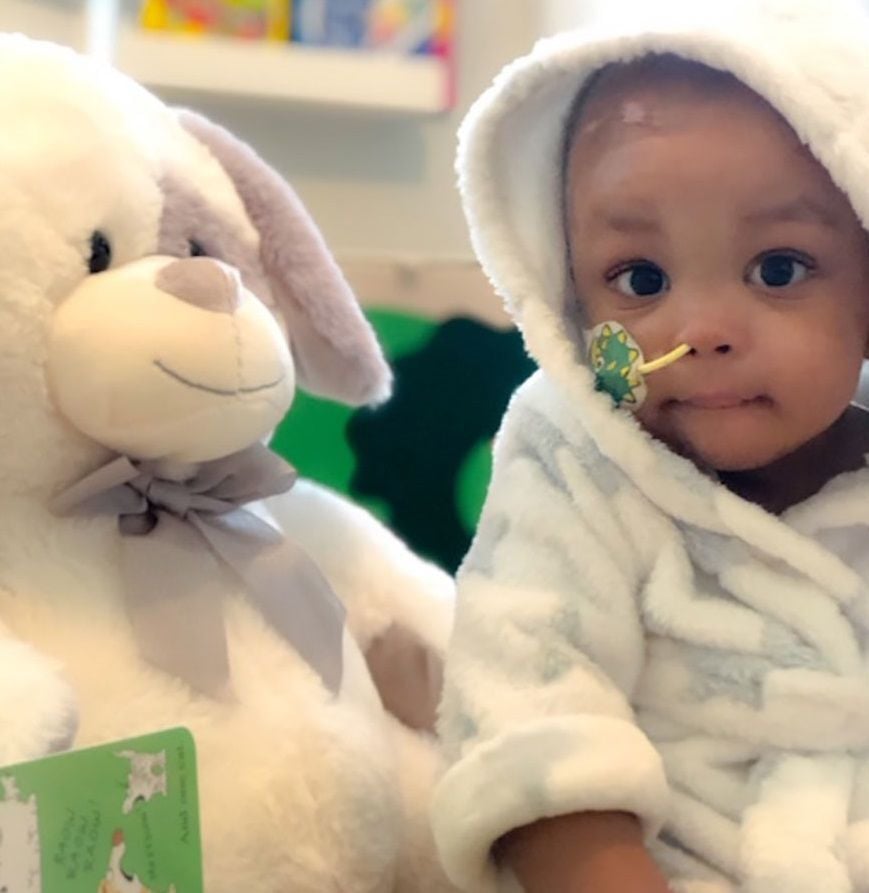 Like many new parents, René Marsh felt her life was “transformed” in March of 2019 when her newborn son Blake was handed to her by a nurse.

For CNN investigative reporter Andrew Kaczynski, that moment came when he saw a blip that looked like a “bean” on an early ultrasound.

“We began calling her ‘Bean’ and even after Francesca was born, the nickname stuck,” Kaczynski said.

“Francesca was just like the most smiley, bubbly little baby. She loved to smile at me. My favorite part of the day was always waking her up from her nap and just seeing that big smile across her face,” he told CNN Chief Medical Correspondent Dr. Sanjay Gupta in the opening episode of season two of his “Chasing Life” podcast.

Tragically, Marsh and Kaczynski both lost their babies to the cruel reality of pediatric brain cancer. Nine-month-old “Bean” died last Christmas Eve, a mere three months after her diagnosis. Blake lost his brave battle shortly after his second birthday.

Every year, some 5,000 children in the United States are diagnosed with pediatric brain cancer — the leading killer of children under the age of 15. Yet medical knowledge of how to treat brain cancer in children is far behind other adult cancers. Why?

“Because we haven’t had vocal advocates with a loud enough voice to communicate boldly and strongly enough to our leaders that there is a need. And because academic medicine is where research is happening, and those academic medicine folks are not funded in large part by drug development companies,” Weinstein said.

“Pharmaceutical companies do not care about these kids. I get it. It’s not profitable,” Kaczynski said. “Because of that, it’s up to private charity and the government to fund the clinical trials being done by oncologists.”

September is National Childhood Cancer Awareness Month, and Blake and Bean’s parents are raising their voices to tell you just how much you are needed in the fight against pediatric brain cancer.

“We need American citizens to rally around this and say, ‘It’s not fair that a child cannot live out their dreams, that they can’t make it to kindergarten,’ Marsh said.

“It’s easy to gather a group when it comes to other people who have lost children,” she added. “We have to get to a point where we’re not just outraged ... but parents with perfectly healthy children are outraged as well.”

A mystery that needs to be solved

Cancer in adults can often be traced to various lifestyle choices — smoking, drinking, eating red and processed meats, obesity, chronic inflammation and a lack of exercise, to name a few.

But children have not yet abused their bodies in these ways. Most cancers in children are thought to be the result of an errant mutation or deletion in how cells copy their DNA early in the infant’s development.

Could that be due to exposure in the womb to radiation or other chemical or environmental contaminant in the modern world? Or is it truly an unlucky random aberration? According to the American Cancer Society, “the causes of DNA changes in most childhood cancers are not known.”

“Pediatric cancer isn’t as rare as you think as one in 285 children will develop cancer before the age of 20. That’s not really rare,” Weinstein said.

Funding for research in childhood brain cancer is even more limited. Until two years ago, Weinstein said, no targeted drug therapy had ever been successfully developed to treat any of the more than 200 types of pediatric brain tumors.

It took until this July for a targeted drug therapy called DAY101 to be granted a “rare pediatric disease designation” by the US Food and Drug Administration. The drug was developed to treat pediatric low-grade gliomas (pLGG), the most common brain tumor diagnosed in children.

A drug that targets a child’s tumor is a godsend, Weinstein said. At this time, most treatments involve bombarding the child’s entire body with toxic chemicals.

“Unfortunately, the gold standard of treatment is chemotherapy drugs that were originally developed to treat adults, not children,” Weinstein said.

“And these medicines given to eradicate their tumor have what I call collateral damage — serious, long-term side effects and complications,” she added.

‘Putting your child through hell’

Blake was nine months old when doctors found a pineoblastoma, a “very aggressive tumor right in the center of his brain,” Marsh recalled. Surgery was only somewhat successful.

“The tumor was actually very sticky, and if you pulled out too much, it could have caused brain damage in Blake,” she explained.

When it came to treating the remaining tumor, Marsh and her husband Kedric Payne found Blake had few options.

“Children get the same drugs as adults. We just change the dose. It does not work. I know that firsthand because I saw it with my son,” she said.

“We watched him vomit. We watched him develop mucositis where the lining in his gastrointestinal tube strips away. We watched him moaning. I watched him ... go into complete cardiac arrest when his heart stopped beating. This was our best shot at Blake’s survival, these medications.”

Baby Bean was a healthy six-month-old when she began throwing up on a family outing. Initially, doctors said it was a digestive virus, but Kaczynski and his wife, Wall Street Journal banking reporter Rachel Louise Ensign, were uneasy. They immediately went to another pediatric urgent care near their home in Brooklyn.

“The doctor there immediately thought something more serious was wrong,” Kaczynski said. “They thought her head was too big and didn’t like her eye movements. They did a scan and that’s where we found out that she had a mass in her brain. Our lives were completely shattered.”

By the time Bean’s tumor was discovered it had already spread into other parts of her body. She endured six surgeries and three rounds of chemotherapy.

“It’s a horrible, horrendous experience to go through to watch your child suffer the side effects of chemotherapy,” Kaczynski said. “You’re basically putting your kid through hell for the chance of saving their life. And you do it because it’s the only shot you have.”

The chemotherapy was working — little Bean’s cancer was improving. But the toxins designed to kill cancer cells kill normal cells as well, thus lowering the body’s immune response and leaving it vulnerable to infection.

During her third round of chemo, Bean developed a “fungal infection that her little body couldn’t fight off,” Kaczynski said. She died a month later, the day before Christmas.

Blake appeared to have gone into remission after his first rounds of chemotherapy.

“For six months, MRI scans assured me and my husband that our son was in remission. He even rang the bell symbolizing his last chemo treatment,” Marsh wrote in an opinion piece published on CNN.

But last November they were blindsided, she wrote. “The cancer was back, and it had spread.”

Blake passed away in April when he was 25 months old.

“And I felt this defeat. We were fighting so hard. We asked so many questions. We did so much research. We looked at so many possible other treatments. And in the end, it didn’t matter.”

Both Marsh and Kaczynski are dedicating their lives to raising awareness about pediatric brain cancer and the desperate need for research funds.

“To me, it’s not just about finding ‘cures,’ it’s about finding less toxic treatments,” Kaczynski said. “I have optimism at least that some of these clinical trials can show promise for these kids. But if we could increase funding, there will be more researchers inclined to make pediatrics their focus because there would be more money there for them to do the science that they want to do.”

Kaczynski and his wife have started the “Team Bean” infant brain tumor fund, which has raised over $1.3 million, according to a recent Instagram post: “Let’s get this to $1.5 by year’s end!”

This is particularly heartening since fundraising for cancer of any type is down due to COVID-19. The American Cancer Society says it may have to cut cancer research funding in half due to low donations. According to the Pediatric Cancer Foundation, philanthropic dollars decreased 30% during the pandemic and the trend may worsen this year.

“Francesca’s life was short. She won’t get to create a legacy in life that she should, and it’s up to me, I think, to create that legacy for her so people don’t forget about her,” Kaczynski said.

“And that’s what we’re trying to do with Team Bean’s Fund — fund research that someday will make it so kids don’t have to go through what she went through,” he said. “And that’s really what motivates me day in and day out.”

When Blake died, Marsh pledged to spend her life advocating in his name.

“I am dedicated to fighting pediatric cancer for the rest of my life,” she wrote on Instagram. “I will do it not just to spare other parents from this unbearable pain but I will do it to forever honor you, Blake. Your life was not in vain my sweet angel.”

Marsh has written a children’s book called “The Miracle Workers: Boy vs. Beast” which will available for sale this fall. She said all proceeds will go to the Blake Vince Payne Star Fund, established by the Pediatric Brain Tumor Foundation in Blake’s honor.

“The Blake Vince Payne star fund serves as a financial catalyst for an unprecedented initiative that brings together renowned clinicians and scientists from around the world to specifically study pineoblastoma and develop new therapies. Pineoblastoma is the type of tumor that took Blake’s life,” Marsh said.

The coupe has also created a petition encouraging the Biden administration to “include a comprehensive strategy to end pediatric cancer as part of his national plan to, in his words, ‘end cancer as we know it.’”

It can be done, Marsh says, pointing to recent success in treating some forms of childhood leukemia. Today the five-year survival rate for children with accute lymphocytic leukemia (ALL) is about 90%, according to the American Cancer Society.

“In areas of leukemia, they’ve had such great success,” Marsh said. “But the void when it comes to brain cancer, the void of knowledge, it is so vast. And that’s why this is the number one killer for children (under 15) when it comes to childhood cancer.”

While it’s a diagnosis no new parent would ever expect, unfortunately, “it’s real trauma and it can happen to you. It can happen to anyone,” Kaczynski said.

“When it does happen to you, you’re going to be really grateful for all of the parents of children who have died of cancer — or who have had cancer or are still going through treatment — who are fighting to make sure that there’s more funding and more legislation.”