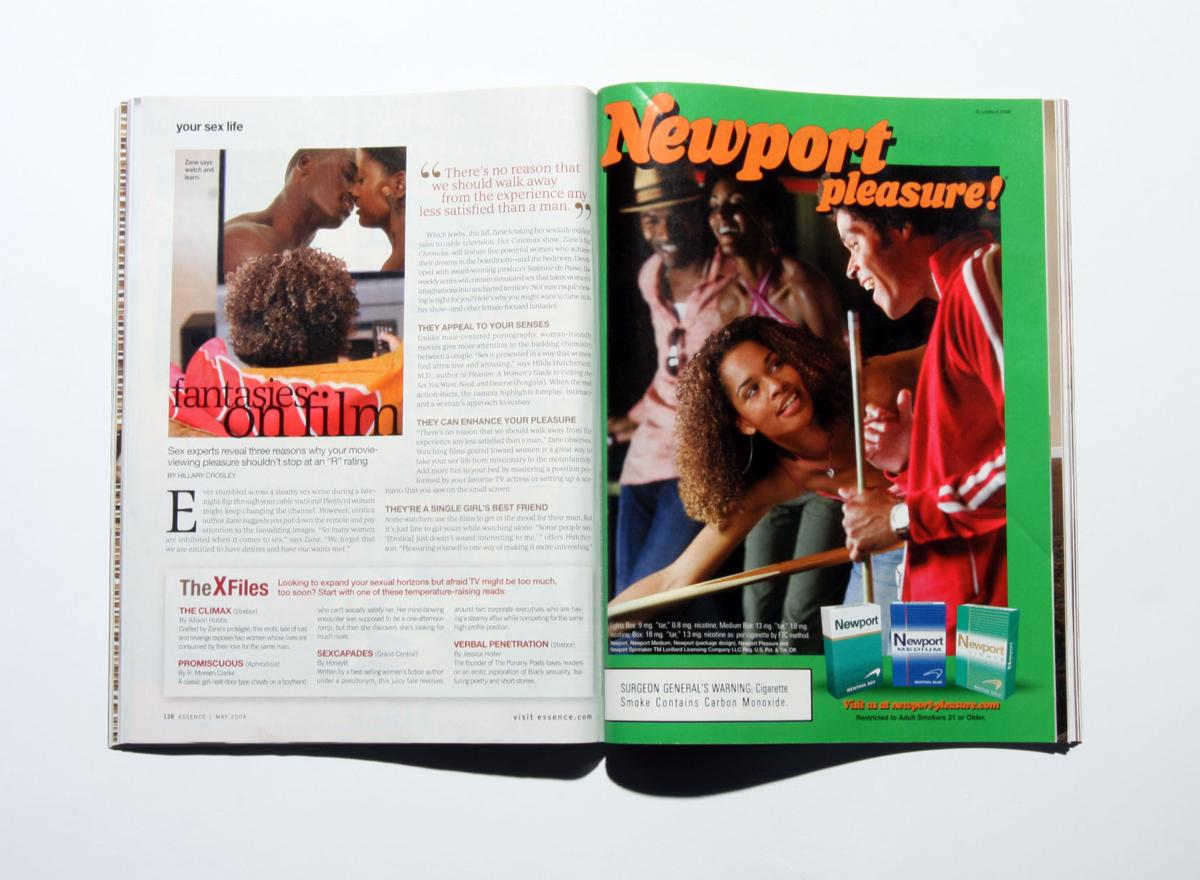 A 2008 issue of Essence magazine featuring an advertisement for menthol cigarettes, which have been aggressively marketed to Black Americans. — New York Times photo/Tony Cenicola 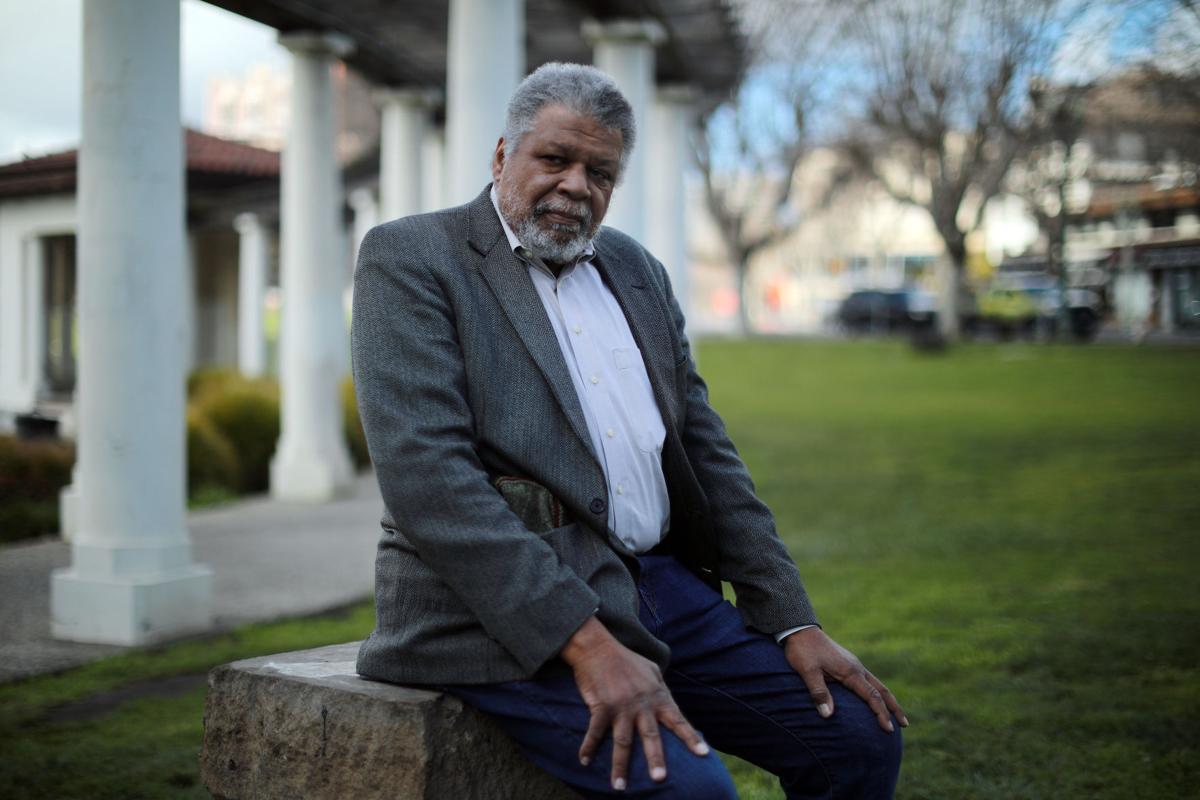 A 2008 issue of Essence magazine featuring an advertisement for menthol cigarettes, which have been aggressively marketed to Black Americans. — New York Times photo/Tony Cenicola

The banning of menthol cigarettes, the mint-flavored products that have been aggressively marketed to Black Americans, has long been an elusive goal for public health regulators.

But COVID-19 and the Black Lives Matter movement have put new pressure on Congress and the White House to reduce racial health disparities. There are few starker examples than this: Black smokers smoke less but die of heart attacks, strokes and other causes linked to tobacco use at higher rates than white smokers do, according to the Centers for Disease Control and Prevention. And 85% of Black smokers use Newport, Kool and other menthol brands that are easier to become addicted to and harder to quit than plain tobacco, according to the Food and Drug Administration.

“COVID-19 exposed the discriminatory treatment that Black people have been facing for hundreds of years,” said Dr. Phillip Gardiner, a co-chair of the African American Tobacco Control Leadership Council, which has been pushing for menthol bans in communities across the country. Calling menthol cigarettes and cigarillos “main vectors” of disease and death among Black Americans, he added, “It’s precisely at this time that we need strong public health measures.”

There is now growing momentum in Congress to enact a ban. In states and municipalities across the country, Black public health activists have been organizing support and getting new laws passed at the state and local level. Public opposition among white parents to all flavored e-cigarettes, including menthol, has brought new resources to the issue. And the FDA is under a court order to respond to a citizens’ petition to ban menthol by April 29.

Advocates are hoping that President Joe Biden, whose campaign had strong support from Black voters and who has put addressing health inequities front and center among his goals, will soon come out in favor of a ban.

“I have no doubt that it’s time for a ban on menthol,” said Rep. Karen Bass, D-Calif., who led the Congressional Black Caucus during the last Congress. “We should never allow a chemical that is specifically targeted to a population, that increases death, no matter who it is. In this case, it’s menthol and the Black population. I’m so excited that we have an administration that puts racial equity and health disparities at top of its agenda.”

Kevin Munoz, a spokesperson for the White House, declined to say whether Biden supported a menthol ban, but he noted the president’s past support for tobacco control measures.

“We are thinking about all of our options that could help reduce tobacco use and address persistent disparities,” Munoz said.

Gardiner and other public health advocates are particularly concerned about the growing popularity of menthol cigars and cigarillos among Black teenagers. The 2020 National Youth Tobacco Survey, conducted by the federal government, found that 6.5% of Black students in high school and middle school smoked cigars and cigarillos compared with 2.5% who smoked traditional cigarettes. The FDA says that menthol is the preferred flavor for the cigarillos, which are cheap and mass-produced, unlike premium cigars.

Menthol is a substance found in mint plants, and it can also be synthesized in a lab. It creates a cooling sensation in tobacco products and masks the harshness of the smoke, making it more tolerable. Some studies have shown that menthol also acts as a mild anesthetic.

Back in 1953, when menthol was not widely used, a Philip Morris Co. survey revealed that 2% of white smokers preferred a menthol brand, while 5% of Black smokers did, according to a review of tobacco industry documents by Gardiner that was published in 2004 by the medical journal Nicotine & Tobacco Research.

“The industry looked at that and said, ‘We’re missing an opportunity,’ and consciously targeted the African American community,” said Matthew L. Myers, president of the Campaign for Tobacco-Free Kids, which has long lobbied for a menthol ban and also helps fund the African American Tobacco Leadership Council.

What followed has been well-documented in records made public from numerous lawsuits, that tobacco companies have targeted Black communities with menthol cigarettes for decades. They distributed free samples, offered discounts and sponsored countless concerts and special events, among them the famous Kool Jazz Festival. Tobacco companies also gained good will by advertising in newspapers and magazines geared to a Black readership — and by donating money to civil rights organizations.

The number of Americans who smoke cigarettes declined to 14% in 2019 from a peak of 40% in the mid-1960s, according to the FDA. That translates to an estimated 34.1 million adult smokers in the United States, nearly 20 million of whom smoke menthol cigarettes. Roughly 480,000 Americans die each year from tobacco-related illnesses, and more than 16 million Americans live with a smoking-related disease.

In 2009, Congress gave the FDA the authority to regulate the tobacco industry. That year, the Family Smoking Prevention and Tobacco Control Act banned all intentionally flavored cigarettes except menthol, which it referred to the FDA for further study. The FDA came close to a ban under the Obama administration but did not have sufficient White House support.

In 2018, Dr. Scott Gottlieb, the first FDA commissioner of the Trump administration, announced the agency would ban menthol cigarettes. He was immediately opposed by Sen. Richard Burr, R-N.C., one of the few unapologetically pro-tobacco lawmakers left in Congress.

Burr often promotes the jobs that the industry provides in his home state. His sons have two of those jobs: Tyler Burr works in state governmental affairs at R.J. Reynolds Tobacco Co., and William Burr works in regulatory affairs at Altria, which owns Philip Morris.

After the announcement, Richard Burr started dispatching oversight letters to the FDA every Friday from mid-November 2018 through early January 2019, with the exception of the week of Thanksgiving. Emails obtained under the Freedom of Information Act show the hundreds of minute questions from Burr that tied up staff for weeks. He also demanded personal travel records for the agency’s seven center directors and accused the FDA of leaks.

The FDA did not back down, but Burr helped to persuade the Trump administration to kill the plan in early 2019, according to former White House officials. Burr’s office declined to comment. David Sutton, a spokesperson for Altria, which makes Marlboro and other brands that come in menthol, defended keeping menthol cigarettes on the market.

“Prohibition and criminalization of adult behavior does not work for products intended for adults 21-plus,” Sutton said.

Kaelan Hollon, a spokesperson for R.J. Reynolds, whose Newport brand is the biggest menthol seller in the United States, said a menthol ban would infringe on the rights of adults who preferred it to plain tobacco.

But such arguments ignore the fact that most smokers start the habit and become addicted to nicotine when they are young, and are most likely to seek flavored products, according to the FDA.

At this point, the FDA could again propose a federal ban, which would then have to be approved by the White House. Alternatively, Congress could adopt legislation expanding the current restrictions on sales of flavored cigarettes to include menthol — effectively undoing the current exemption.

“We opened the door on this in a Republican administration,” he said. “You don’t think a Democratic administration will finish the business? Of course they will.”