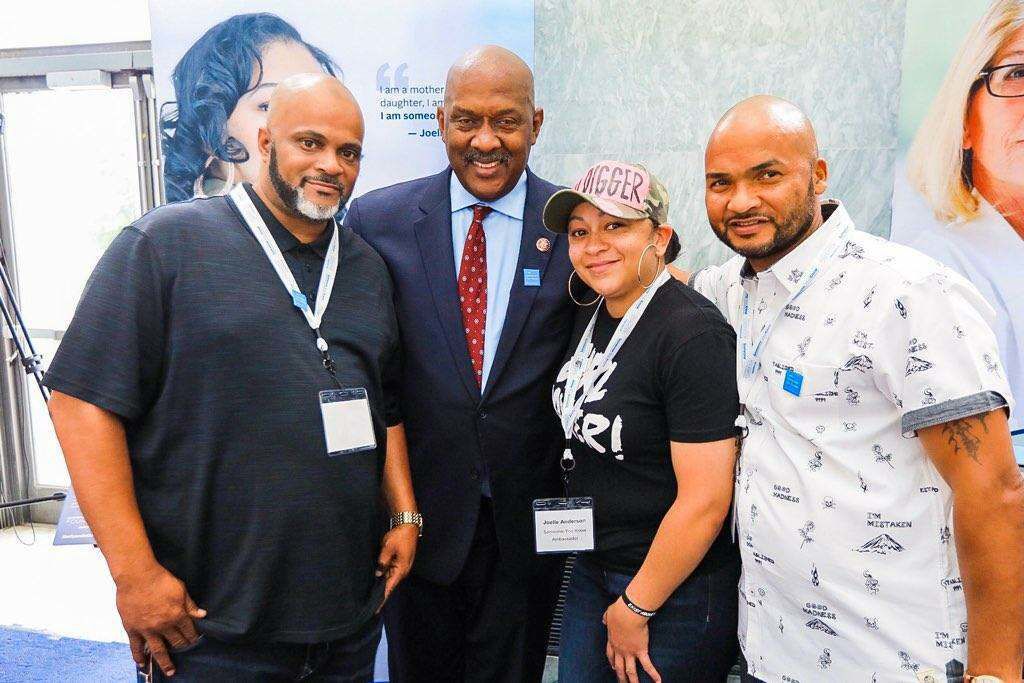 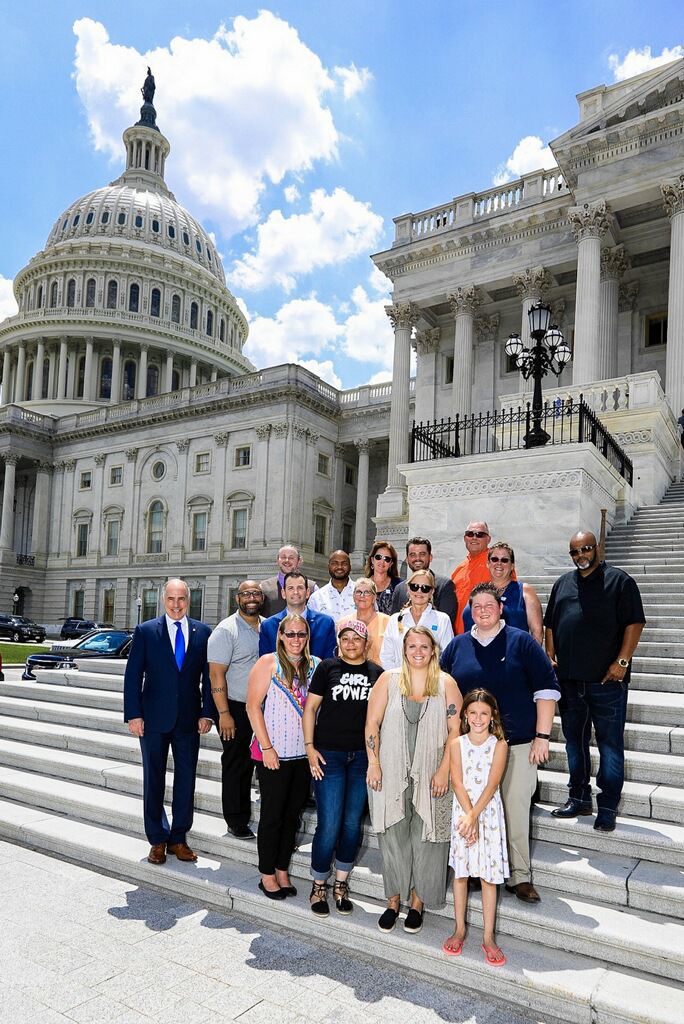 Someone You Know ambassadors recently traveled to Washington, D.C., to meet with legislators and share their stories about recovery.

Someone You Know ambassadors recently traveled to Washington, D.C., to meet with legislators and share their stories about recovery.

The Independence Blue Cross Foundation has been actively collecting the stories of local people affected by opioid addiction as part of its Someone You Know campaign and exhibit.

Eighteen Someone You Know ambassadors recently traveled to Washington, D.C. to meet with legislators and share their stories about recovery, the loss of a loved one to an opioid overdose or supporting someone in treatment. The ambassadors met various elected officials such as former Gov. Tom Ridge, U.S. Rep Dwight Evans and Sen. Pat Toomey.

“I wanted to let them know that recovery is definitely possible and also that my rock bottom led me to Capitol Hill to be able to speak to them,” said Joelle Anderson.

She wanted the legislators to know there is “life after active addiction.”

Anderson struggles with opioid abuse began in 2011 when her arm was broken by her children’s father. She became addicted to pain medications such as oxycodone and Percocet which eventually led to her using heroin.

Since entering rehab three years ago, Anderson has experienced personal growth. After participating in an outpatient program affiliated with One Day At a Time (ODAAT), she eventually became employed by the agency and worked her way up to the corporate office. Anderson just started a new job last week at the Office of Addiction Services. Aug. 4 will mark three years since she’s been in recovery.

She was working at ODDAT when she decided to become a Someone Your Know ambassador.

“I was just willing to share my story, not just to help myself but to help others,” said the mother of two daughters.

She wants people to know that the opioid epidemic is not only impacting people from the suburbs and that its taking a toll on people of color who live in the inner city.

As the co-founder and executive director of the Pennsylvania Harm Reduction Coalition, Devin Reaves, is accustomed to sharing his story of being in recovery. He’s appreciative of the Foundation’s efforts to highlight people who are impacted by opioids.

“I want to thank Independence Blue Cross for the opportunity for us to put a face and voice on this problem facing our community,” said Reaves, who is also a Someone You Know ambassador.

“They were really able to be a road for us to be activists and advocates and I appreciate that. It’s a lot easier for someone like me to be an advocate because I’m already the public face and voice of this. My recovery is not a secret. My struggles are not a secret,” he continued.

“But I think that others take a greater risk because they are giving up their anonymity to do this, so I think that they’re the real heroes.”

Reaves drug use began when he experimented with crack cocaine as a teenager.

His turning point came after he overdosed on opioids on Aug. 20, 2007, and woke up at the Hospital of the University of Pennsylvania. After that experience, Reaves entered a treatment program, stayed at a recovery residence for six months and received professional counseling.

He highlighted his story of overcoming addiction and shared a special message with elected officials.

“My message was really that we need to look at all the other things that are happening alongside of the overdose epidemic — things like the rise of communicable diseases like HIV and hepatitis C and in general that we want to focus on science and not rhetoric,” Reaves said.

Someone You Know recently launched a podcast featuring in-depth conversations with the ambassadors. The podcast has been heard in more than 25 states and five countries to date.

The Someone You Know campaign is part of the Foundation’s Supporting Treatment and Overdose Prevention (STOP) initiative. Through STOP, the Foundation has awarded more than $2 million dollars to regional partners to fight the opioid epidemic.

This visit highlights the Foundation’s efforts to reduce the stigma of addiction. Last October, the Foundation hosted a national conference on the topic in Philadelphia. More than 600 public health leaders attended the event, including U.S. Surgeon General Jerome Adams, M.D.