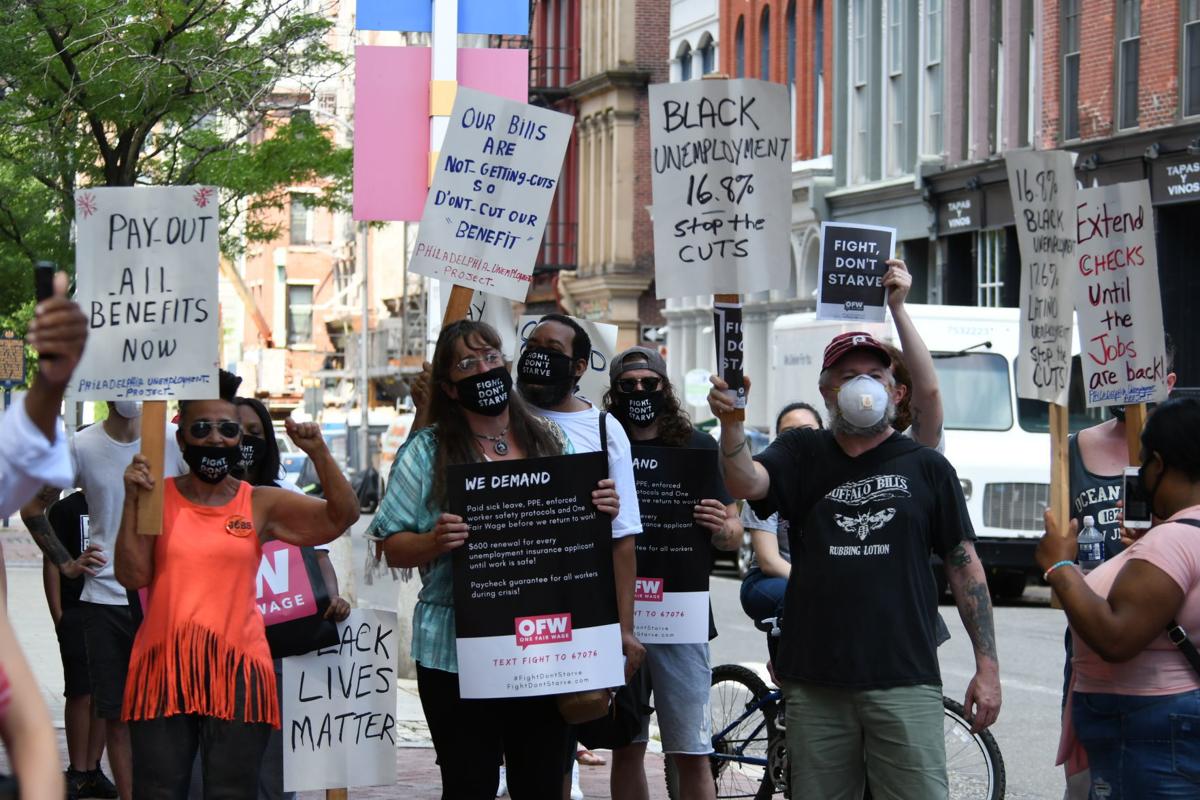 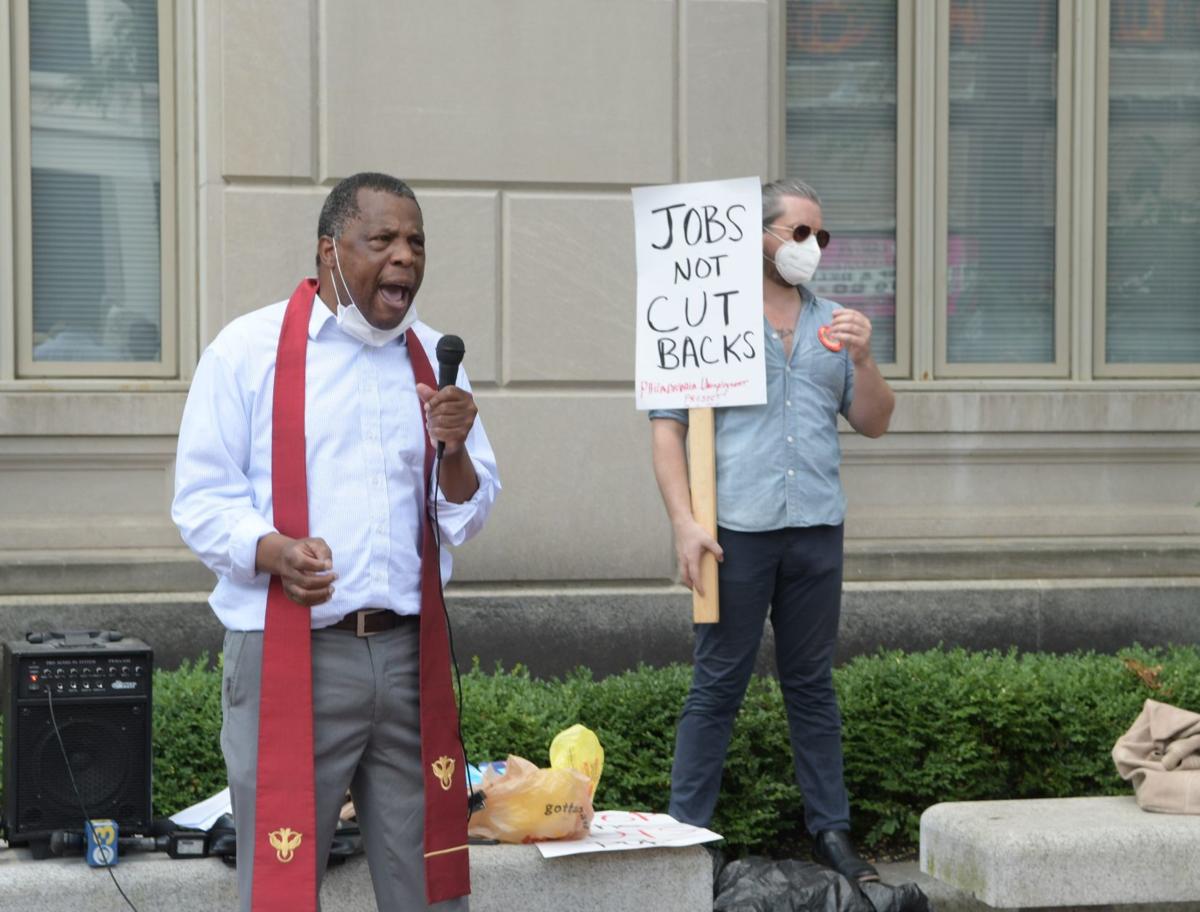 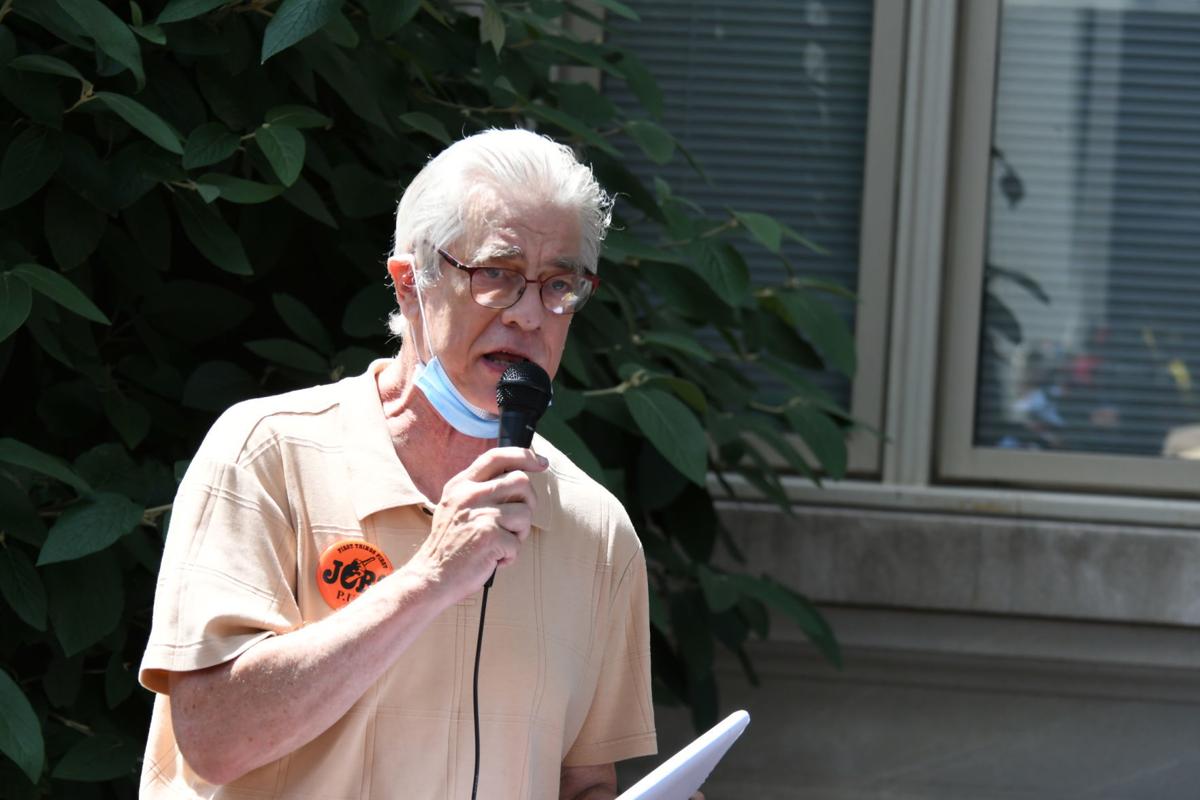 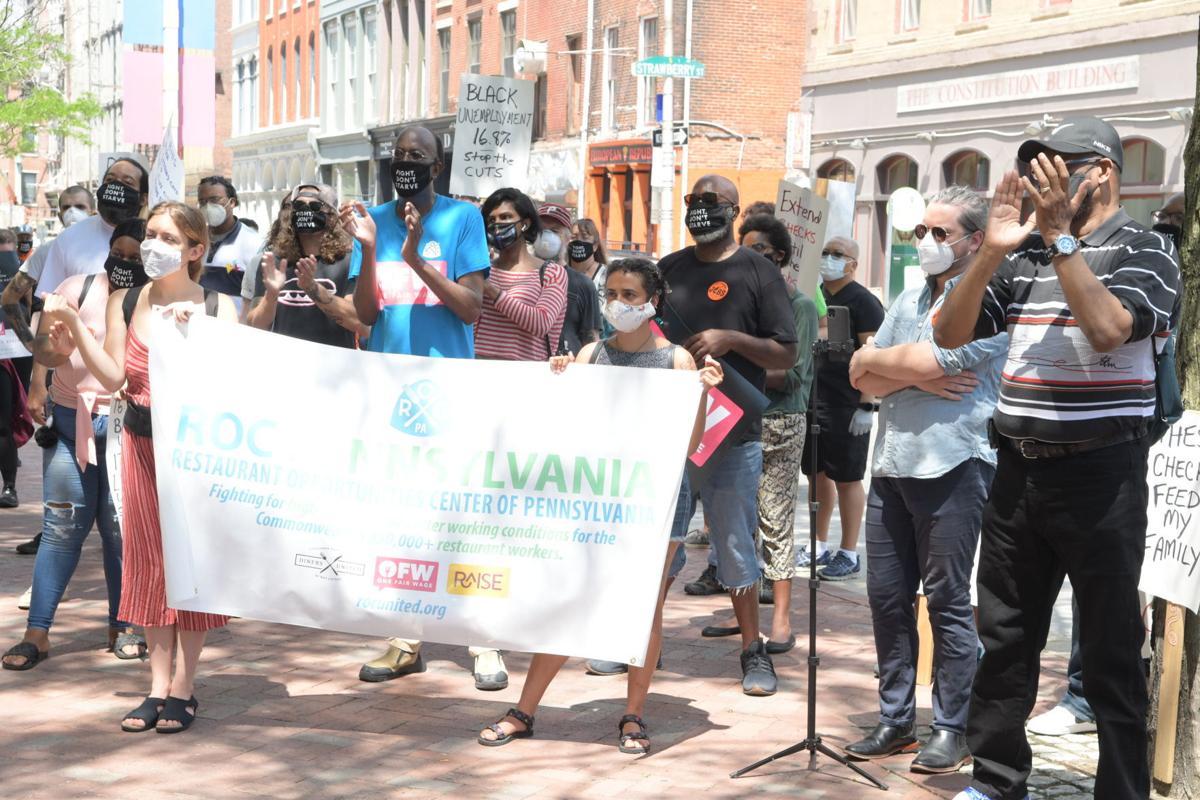 The $600 a week in benefits to help out-of-work Americans is slated to expire on July 31.

The Philadelphia Unemployment Project and other groups are calling for President Donald Trump and Congress to extend those benefits to January 2021.

“We have the worst unemployment rate since the Great Depression right now, and for Trump and the Republicans to consider slashing unemployment benefits right now makes absolutely no sense,” Philadelphia Unemployment Project Director John Dodds said during the rally.

“People need that money. The economy needs it and our families need it.”

He was joined by representatives from the Restaurant Opportunities Center of Pennsylvania, UNITE-HERE and One Fair Wage, One Pennsylvania.

Nour Qutyan, a representative from Restaurant Opportunities Center, honed in on the need to expand unemployment benefits during the pandemic.

“Unlike the government, we realize the workforce has changed,” she said. “People don’t have the jobs that they used to have.”

She continued: “They may have family members that are sick or have the coronavirus and now they have health care expenses that they need to take care of or they could be pregnant or immunodeficient or don’t feel safe going back to work. That’s why we need this extension. We need it at least until the end of December, but more preferably we need it when we are no longer in a worldwide pandemic.”

About 2.5 million Pennsylvanians have applied for unemployment since March 15, and about 400,000 claimants still have not received benefits due to the system being backlogged, according to the state Department of Labor and Industry.

Elizabeth Gray, a laid-off attorney, shared the challenging experience of trying to recoup 10 weeks of unemployment benefits. She has called the unemployment office, the governor’s office and various senators but to no avail.

“I am one of the lucky ones in the sense that I have at least received some checks,” Gray said. “It is ridiculous that we are over three months into this and people have not received their initial checks. There’s no excuse for it.”

The demonstrators also called for minimum wages to be increased to $15 an hour. During the rally, service workers shared their plight of earning an hourly wage of $2.83 and relying on tips.

“This pandemic has shown me that there is no job or single career that is impervious to disaster,” said Mike Rosario, a bartender who has worked in the service industry for 10 years.

“Outside of the pandemic, we deserve as people more than $2.83 an hour. The fact that you can look me in the face and say that ‘I am giving you $2 and 83 cents for an hour of your life’ is insulting. The minimum wage is not a standard, it’s a bare minimum.”

Philadelphia passed a somber milestone Monday as city health officials announced they have now confirmed more than 25,000 cases of the novel c…

WASHINGTON — About 1.5 million laid-off workers applied for U.S. unemployment benefits last week, a historically high number, even as the econ…

WASHINGTON — The U.S. economy entered a recession in February as the coronavirus struck the nation, a group of economists declared Monday, end…

Philadelphia’s barbershops reopened on Friday under new state guidelines, after being closed for the past four months due to government regulations.