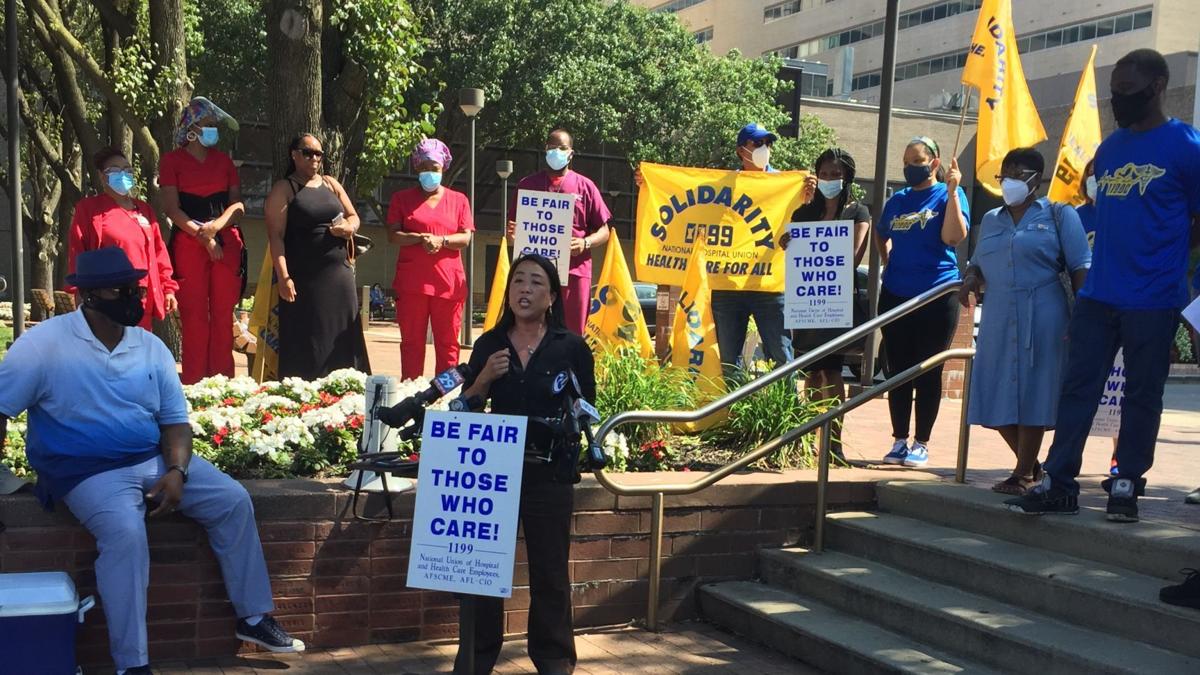 Councilwoman Helen Gym said City Council is on the side of the workers. — Tribune Photo/Jamyra Perry 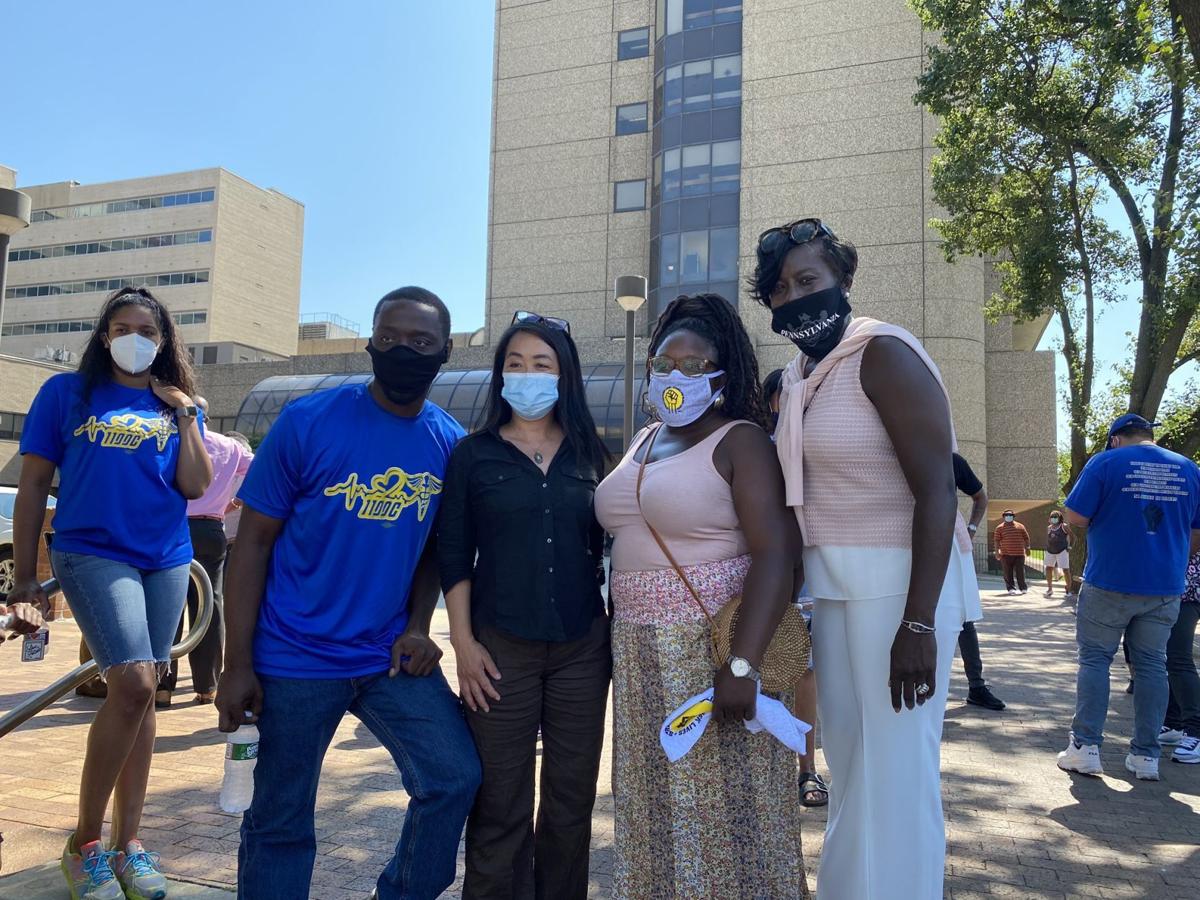 Councilwoman Helen Gym said City Council is on the side of the workers. — Tribune Photo/Jamyra Perry

Dozens of Temple University Hospital workers rallied outside of the hospital Tuesday morning to demand hazard pay for those who have been working through the novel coronavirus pandemic.

National Union of Hospital and Health Care Employees AFSCME District 1199C President Chris Woods said the members of his union, which represents workers in hospitals, nursing homes and other healthcare facilities, are on the front line with the doctors and nurses. He said his members deserve hazard pay, just like the nurses get.

District 1199C has over 13,000 members in the Philadelphia region, approximately 75% of whom are Black.

About 2,000 of the union's members work for the Temple University Health System.

A Temple University Hospital representative did not immediately return a call for comment.

Woods said going to work every day during a pandemic has been rough for many of his members but they keep doing it for the sake of the patients.

“Showing up to work means being overwhelmed with people that are coming in who either have symptoms or signs of COVID-19. Lots of times these patients are isolated, so they're away from their family and our union members are the only family or people that they may come in contact with on a day to day basis. So these health care workers are serving as more than just a health care professional,” Woods said.

Charlene Cooper, a clerical worker, said patients spend more time on average around healthcare workers than they do with their doctors.

“The nurses are not the only ones that are on the front line," Cooper said. "Sometimes they forget it takes a housekeeper, it takes that first person that sits at that desk to make a difference."

Margo Crawford, who has worked at Temple's hospital for more than 50 years, said the term “essential worker” doesn’t begin to sum up what the average health care worker does during a pandemic.

The veteran worker said getting hazard pay is about more than money. She said it’s also about respecting what health care workers do.

“We know that asking for this is not being greedy. We just want to sustain. This would help out a lot. This would say, ‘thank you.' Sometimes it takes a monetary gesture to say 'thank you,'" she said. "A T-shirt is OK, but a T-shirt can't take care of you."

Parker took to the podium to express her frustration with the lack of hazard pay for Temple hospital’s health care workers.

“I’m so damn tired of seeing commercials, listening to speeches and people talk about the importance of essential workers, but they won't put their money where their mouth is,” Parker said.

She encouraged the crowd to be inspired by the late civil rights leader and Congressman John Lewis.

“John Lewis taught us that it’s appropriate to get in good trouble," she said. "Good trouble is standing up against power and authority that doesn't think that you deserve the right to have access to dignity and self-sufficiency."

U.S. Sen. Bob Casey and U.S. Rep. Matt Cartwright are calling for essential workers to receive hazard pay due to the coronavirus pandemic.

Coronavirus thrusts issues of health equity into the forefront

As the novel coronavirus continues to disproportionately impact communities of color around the country, issues around racism and health equit…

Food insecurity expected to worsen as coronavirus pandemic drags on

Kim Parker stood in line outside the Gideon Edward School under the hot summer sun waiting for boxes of free food on Thursday.

In the midst of a coronavirus outbreak, Temple University has canceled nearly all of its in-person classes for the remainder of the fall semester.