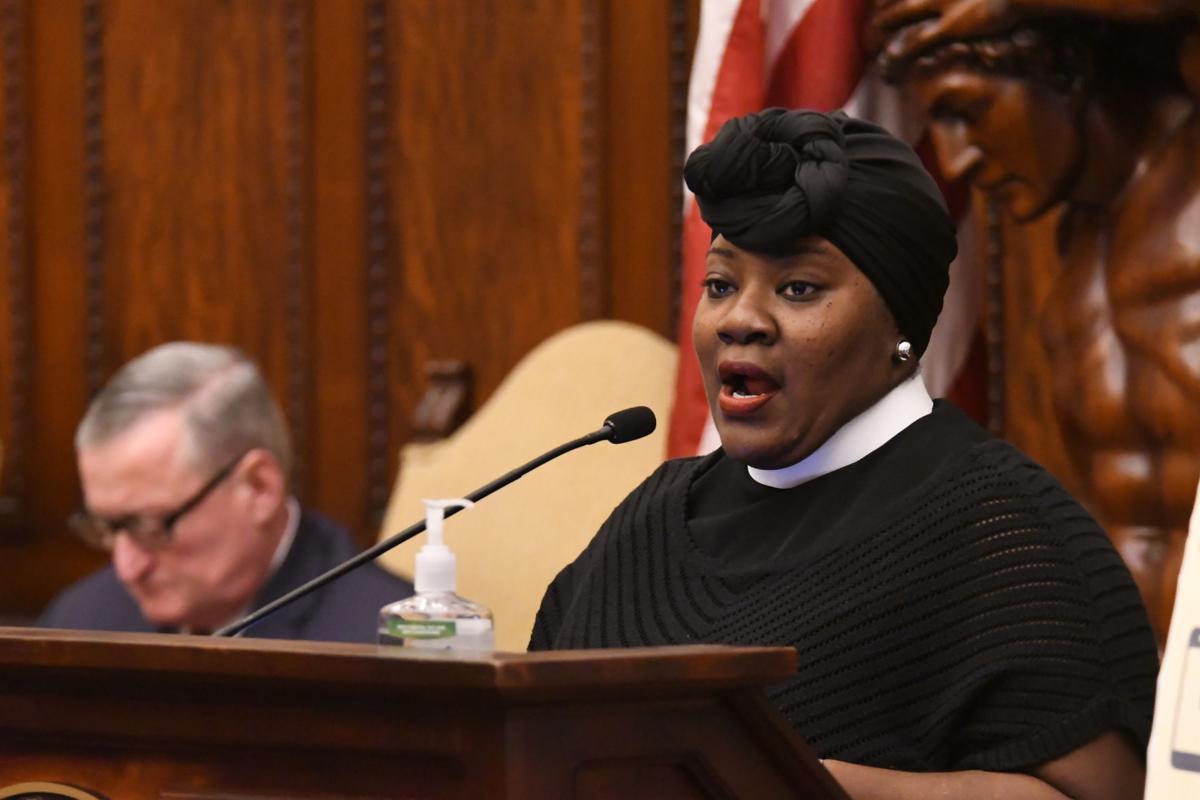 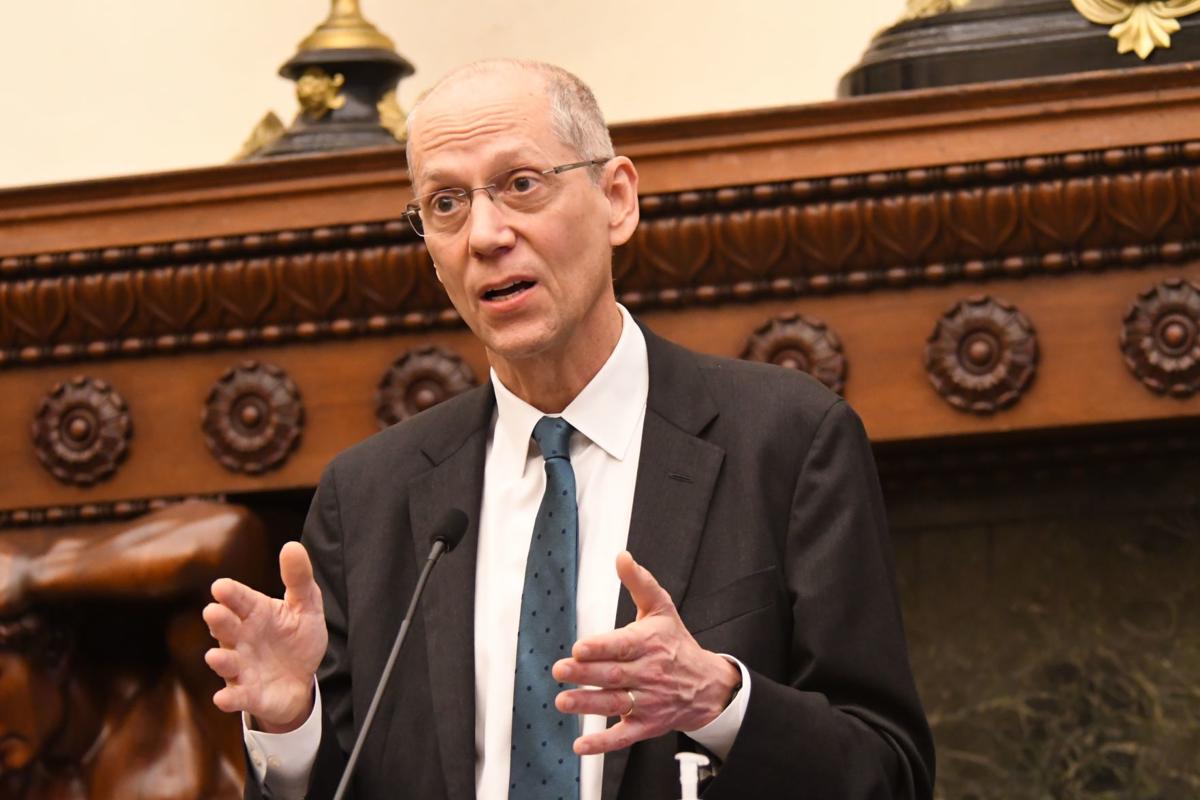 City officials are “strongly urging” religious leaders to suspend all in-person gatherings of large groups and move services online as confirmed cases of the coronavirus climb.

As coronavirus continues to spread in the city, the Rev. Naomi Washington Leaphart, the city’s director for faith-based and interfaith affairs, called on religious communities not to hold gatherings of more than 50 people.

The Kenney administration has not banned religious leaders from holding services with large groups, but Washington said officials were “strongly urging congregations to plan for remote and virtual opportunities to gather and connect.”

Washington said the guidance on holding religious services was different than the administration issued last week.

“We’re in a different, ever-evolving situation and so we’d rather congregations be very, very cautious now,” she said.

But in the age of social distancing, one clergy member questioned how religious leaders will respond and maintain their congregations.

“Most houses of faith are struggling to get their balance,” the Rev. Mark Kelly Tyler, pastor of Mother Bethel African Methodist Episcopal Church in Philadelphia, said earlier on Friday before the new city guidelines were handed down.

Tyler did not expect the crisis to hurt well-established houses of worship with larger congregations. His church, which has a congregation of 700 members, has been offering online services and programs and collecting online donations for years, so moving to an entirely digital format for this crisis has been easy.

But the restrictions on gathering and movement could have a significant impact on smaller, more recently established religious communities.

“They don’t even know if they’ll make it through this particular crisis,” Tyler said about newer churches. “It’s not necessarily the money but it’s what gathering means.

“If you can’t gather for two months and you don’t have a backup plan, you don’t know how to work it out digitally — what happens to members during that time? … Is it just the end of someone’s ministry?”

Many religious communities remain unsure of how to help their followers, too.

Leaders at Mother Bethel A.M.E. had originally considered visiting senior citizens who are part of their congregation but were dissuaded because seniors are those who are at a high risk of coming down with COVID-19.

Farley cautioned that COVID-19 can affect individuals of all ages.

“This definitely is more likely to be severe in people who are older, however, even young people can have a severe case of this illness,” he said.

Farley said the number of healthcare workers who have contracted the virus in Philadelphia was a “very high fraction,” and he expected them to continue to make up a sizable portion of those infected.

None of the individuals who tested positive were homeless.

Healthcare workers with symptoms will receive top priority at the South Philadelphia testing site, Farley said. Individuals over the age of 50 with COVID-19 symptoms will get second priority.

Due to the testing kit shortages, Farley said, some people will be turned away and he expected service to be slow.

“We’re going to have to set some priorities here,” Farley said.

Individuals do not need to make an appointment at the site. They are asked to bring a driver’s license and a health insurance card, if they have one.

Entry into the site is only open to people in four-wheel, closed-top, non-commercial, non-recreational vehicles. Walk-ins will not be permitted access to the site.

The Philadelphia region now has 20 COVID-19 testing sites and they tested approximately 1,000 individuals on Thursday.

Farley expected the number of sites to increase beyond 20 next week.

All sites have criteria for receiving a coronavirus test.

The health commissioner urged the “young and otherwise healthy” with symptoms of COVID-19 not to get tested, adding they should stay away from others.

“Save those testing kits for people who really need it,” he said. “If you don’t feel you are severely ill, don’t use the medical care system.”

Individuals who are showing symptoms of COVID-19 — fever, a dry cough — should contact their healthcare provider.

Farley said those without a primary care doctor should contact the last known place they received care, including a hospital and city health centers.

The coronavirus and social distancing measures have not halted the city's gun violence epidemic.

Philadelphia had 83 homicides as of Thursday, up 26% compared to the same time last year.

“In addition to our concerns about this infection, we’re also extremely concerned about the level of violence that’s taking place,” he said.

Abernathy noted that a man in his 60s was hospitalized after he was shot by a stray bullet inside his house on Thursday.

The man was just “sitting, watching TV, minding his own business, social distancing just like we’ve asked everyone to do,” Abernathy said.

Kenney would have power to issue “shelter-in-place” order

Mayor Jim Kenney could get the authority to issue a “shelter-in-place” order to further restrict movement in the city as officials in California did this week, according to state officials.

He would need legislative approval from City Council.

Kenney would be able to issue an order for up to seven days once the City Council has granted him emergency powers, said Casey Smith, a spokeswoman for the state Department of Community & Economic Development Office.

It remained immediately unclear whether City Council has granted Kenney those emergency powers.

The city’s Department of Public Health also has the authority to carry out appropriate control measures, including shelter in place orders, Smith said.

On Thursday, Kenney did not rule out the possibility that residents could be ordered to shelter-in-place, saying, “We may get there.”

The coronavirus pandemic is expected to exact huge layoffs across the city.

“Our city is looking at massive layoffs not just at the airport but across the city in multiple industries,” City Manager Brian Abernathy said during the Kenney administration’s daily briefing on Thursday.

“It’s incredibly important that these people have some support,” Abernathy said.

The governor has ordered all businesses that are not “life-sustaining” to close through at least March 27, leaving many employees in dine-in restaurants, retail, and most daycare centers out of work.

The Philadelphia Housing Authority will defer rent payments for some residents and offer free meals at six locations.

Residents living in PHA housing who have experienced financial hardship, such as the loss of a job or a decrease in hours, can apply for a hardship waiver to delay paying rent, said PHA President Kelvin Jeremiah in a letter issued Thursday.

Residents may seek a financial hardship waiver by detailing their request in a letter and sending it to their management office by mail or depositing it in the office's approved drop-box/mail slot. Management will contact residents to complete the process once operations resume.

Residents with Housing Choice Vouchers can also apply for a financial hardship waiver. They should contact their PHA representative or submit electronic requests and documents via email at clientservices@pha.phila.gov or call (215) 684-4300.

As of March 13, PHA suspended all evictions for 30 days.

PHA will only conduct emergency service repairs through March 31. Residents with routine maintenance related issues should continue to call (215) 684-8920.

Friday is the first day all playgrounds, athletic courts and city recreational facilities were shut down due to the growing pandemic.

The closures will last through at least March 27.

Parks, fields and trails will remain open. Officials encouraged individuals to use those public spaces but practice social distancing.

Fifty recreation centers and six adult centers will remain open today to continue to provide food at 3 p.m. They are not open on the weekend.

The city and school district continue to provide free meals for children 18 and younger.

The meals are available between 9 a.m. and noon at 30 locations in the city.

A full list of where students and parents can get the meals can be found by visiting https://www.phila.gov/2020-03-14-find-free-meals-and-safe-spaces-for-students-while-schools-are-closed/

SEPTA leadership is having ongoing discussions about requesting a government bailout due to reduced revenues tied to the pandemic.

City closes all courts, and non-essential businesses and gov't offices

In an attempt to limit the spread of the coronavirus throughout the city, Mayor Jim Kenney has halted all non-essential city government operat…

Philadelphia officials are revising their plans to distribute meals to children who are out of school during the coronavirus outbreak.

‘The calm before the storm’: Emergency departments brace for patient surge