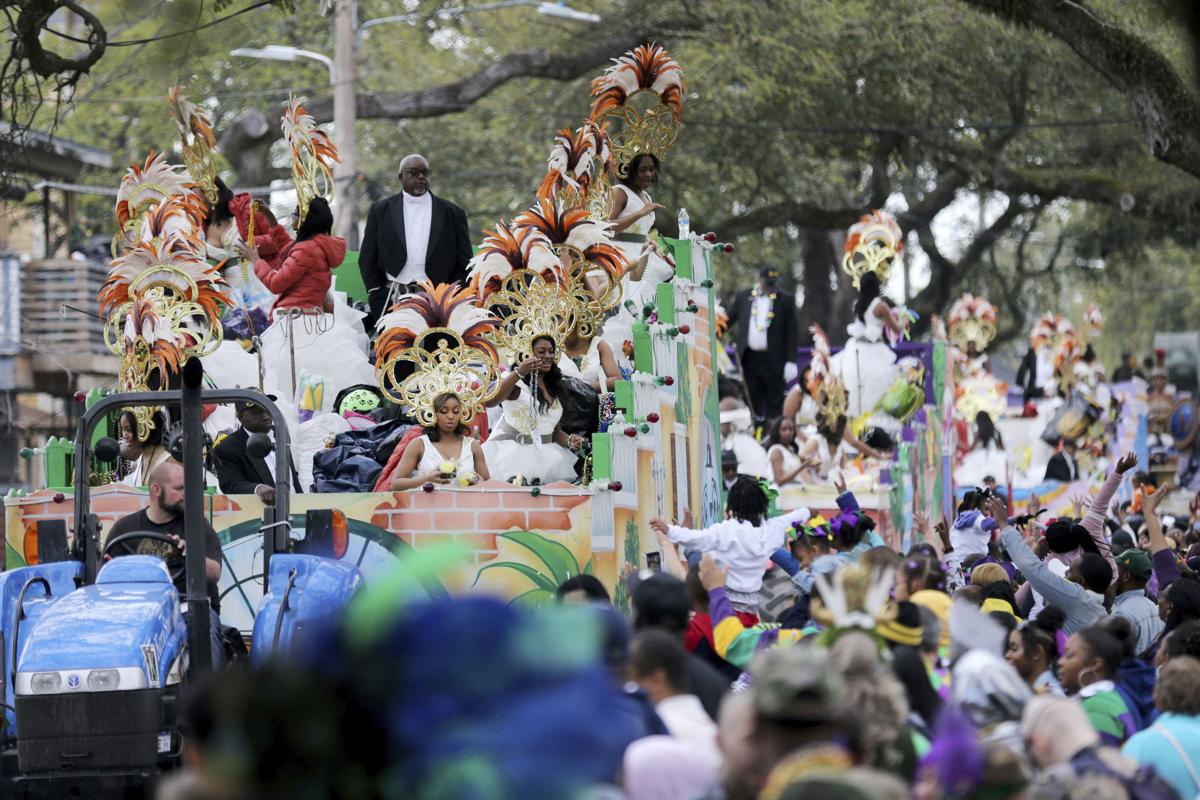 The Krewe of Zulu Parade float navigated passed the crowd lining the sidewalk during Mardi Gras Day on Feb. 25 in New Orleans. Several of the group’s members have died from coronavirus-related complications and others have tested positive. 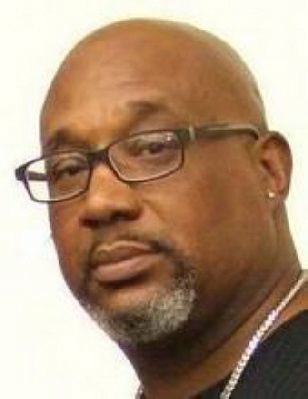 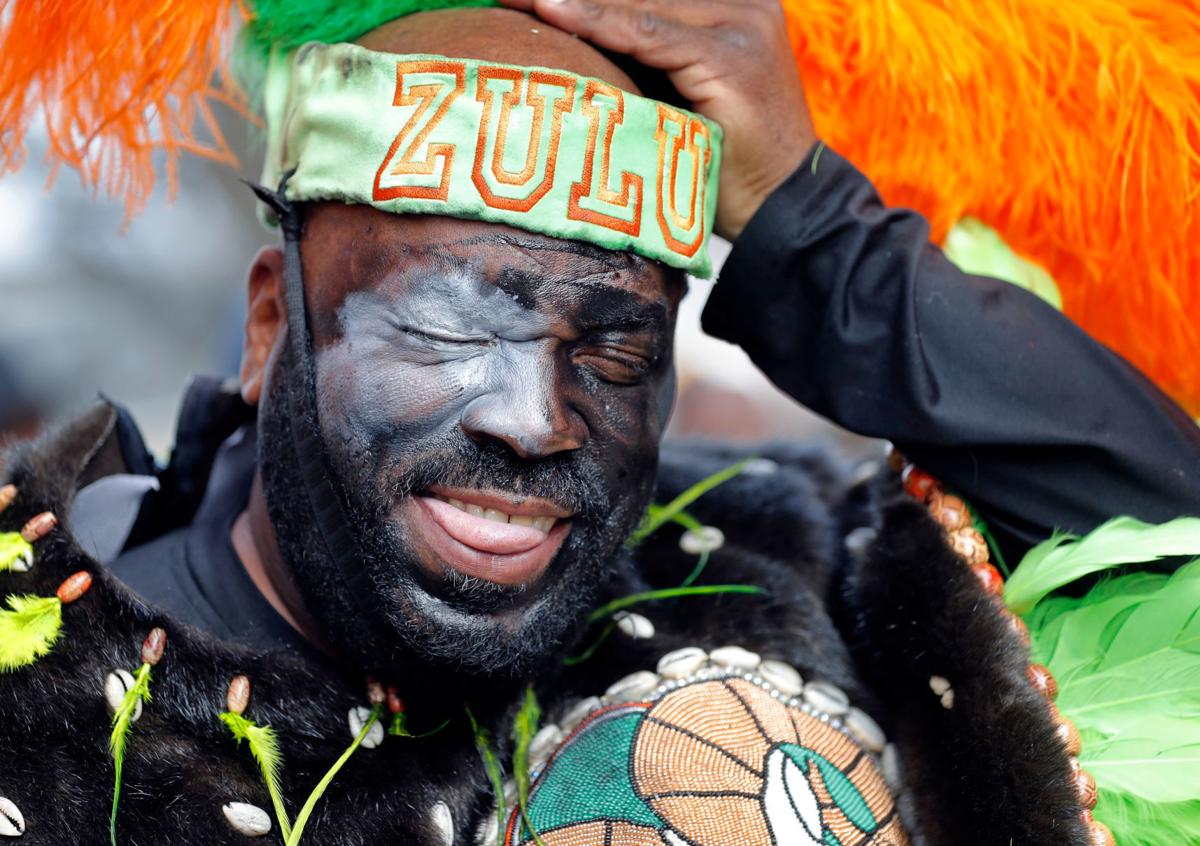 The famed Mardi Gras group, Krewe of Zulu, has seen its ranks ravaged by the coronavirus, with several deaths, according Zulu President Elroy A. James.

The Krewe of Zulu Parade float navigated passed the crowd lining the sidewalk during Mardi Gras Day on Feb. 25 in New Orleans. Several of the group’s members have died from coronavirus-related complications and others have tested positive.

The famed Mardi Gras group, Krewe of Zulu, has seen its ranks ravaged by the coronavirus, with several deaths, according Zulu President Elroy A. James.

A month later his wife of three decades was watching him take his last breath, a victim of the coronavirus epidemic raging through the city.

“I talked to him. I told him how much I was going to miss him,” said his wife, Nicole, describing those last minutes on March 24. “He literally took his last breath in front of my face and that was it.”

In a city ravaged by the coronavirus outbreak, members of the Zulu krewe, one of the groups that sponsor Mardi Gras parades and balls, have paid a heavy price. Four of the fraternal organization’s members have died from coronavirus-related complications, said Zulu President Elroy A. James. Two others have also died since the pandemic began, though it’s not known if their deaths were caused by the virus, he said.

An additional 20 have tested positive. Some are self-quarantining at home, some were hospitalized and released, while others are still hospitalized, James said.

James spends his days on the phone, texting with and calling board members and officers of the roughly 800-member Zulu organization.

It’s also taken a financial toll. Many Zulu members work in the hospitality sector and are out of work, James said, a widespread problem in a city with an economy closely tied to the restaurants, bars and nightclubs now largely shuttered due to the statewide stay-at-home order.

“Zulu is really a microcosm of the city of New Orleans,” said state Sen. Troy Carter, a longtime Zulu member. “We’re made up of every social and economic background that you can imagine. Our members come from all different walks of life.”

The predominantly African American club is in some ways a reflection of how the disease has affected the black community in Louisiana. More than 70 percent of the state’s coronavirus patients who have died are black, according to state data released this week.

For most people, the coronavirus causes mild symptoms like fever and a cough that resolve in two to three weeks. But for some, especially older adults and people with existing health problems, more severe symptoms can occur, including pneumonia, that can lead to death.

For over a century Zulu members have paraded for Mardi Gras in their distinctive grass skirts and black face inspired by a 1909 vaudeville skit, according to a history compiled for the group’s 100-year anniversary in 2009. It was not just a Mardi Gras parade group but one of the benevolent societies that played an important role in African-American history by providing life insurance or funeral costs to its dues-paying members.

Over the decades Zulu Mardi Gras parades have featured ever-larger floats, with costumed float riders tossing out beads and trinkets, including the group’s hand-decorated coconuts, among the event’s most-coveted throws. The most famous man to reign as Zulu king was Louis Armstrong in 1949. Members are also elected to be one of the group’s coveted characters, such as Mr. Big Stuff or The Big Shot.

“Nobody has more fun than Zulu,” said Mardi Gras historian, Arthur Hardy. But, he emphasized, there’s a lot more to the group than the parade. Zulu is known for it’s philanthropic works all year round, including the Junior Zulu program that reaches out to disadvantaged children and an annual Christmas bike giveaway.

That spirit of service is what drew Charles, said his wife, Nicole.

“The brotherhood, what they have given to the community. He loved that. My husband loved parades, so that was definitely an attraction, but he liked what he saw outside of the fun part of it,” she said.

Charles started work every day by 3 a.m. as a courier delivering medication to hospitals and medical facilities. But his real passion, his wife said, was coaching young people. The football, baseball and basketball practices and games kept “Dickey” as he was often called, busy, but the father of two daughters always made time for family, his wife said.

She has been amazed at the outpouring of support from people telling her how much her husband meant to them. His likely would have been a big funeral with one of the jazz parades often seen in New Orleans funerals, but social distancing guidelines meant only a handful of people could be there.

Nicole hopes the coronavirus risk will have receded by June 23 — his birthday — so that family and friends can come together for the memorial service he deserves.

Lost opportunities to come together one last time to honor members is being felt keenly. Carter, the state senator, said a Zulu member’s service in normal times might include a performance by the organization’s gospel choir, a proclamation read by the group’s president and a musical procession that begins on a somber note and ends with a “full fledged energetic celebration of life.”

“I’m not sure if anyone else in the world does it the way New Orleans does,” he said.

The organization plans a large memorial service in the safer future, complete with a “grand second-line,” said James, the group’s president, referring to a parade during which onlookers fall in behind the band and mourners, forming a “second line.”

The group has weathered hard times before. In the aftermath of Hurricane Katrina in 2005, at least 10 members died, many members’ homes were flooded and the group’s headquarters on Broad Street was swamped with water. But come Mardi Gras 2006 they paraded, believing it was an important part of the city’s rebuilding.

James said he’s confident that Zulu will play a role in the city’s post-coronavirus resurgence.

“We also need to show the world that the city of New Orleans will return after this pandemic,” he said.

Relief money is coming - for some. Here's what to know.