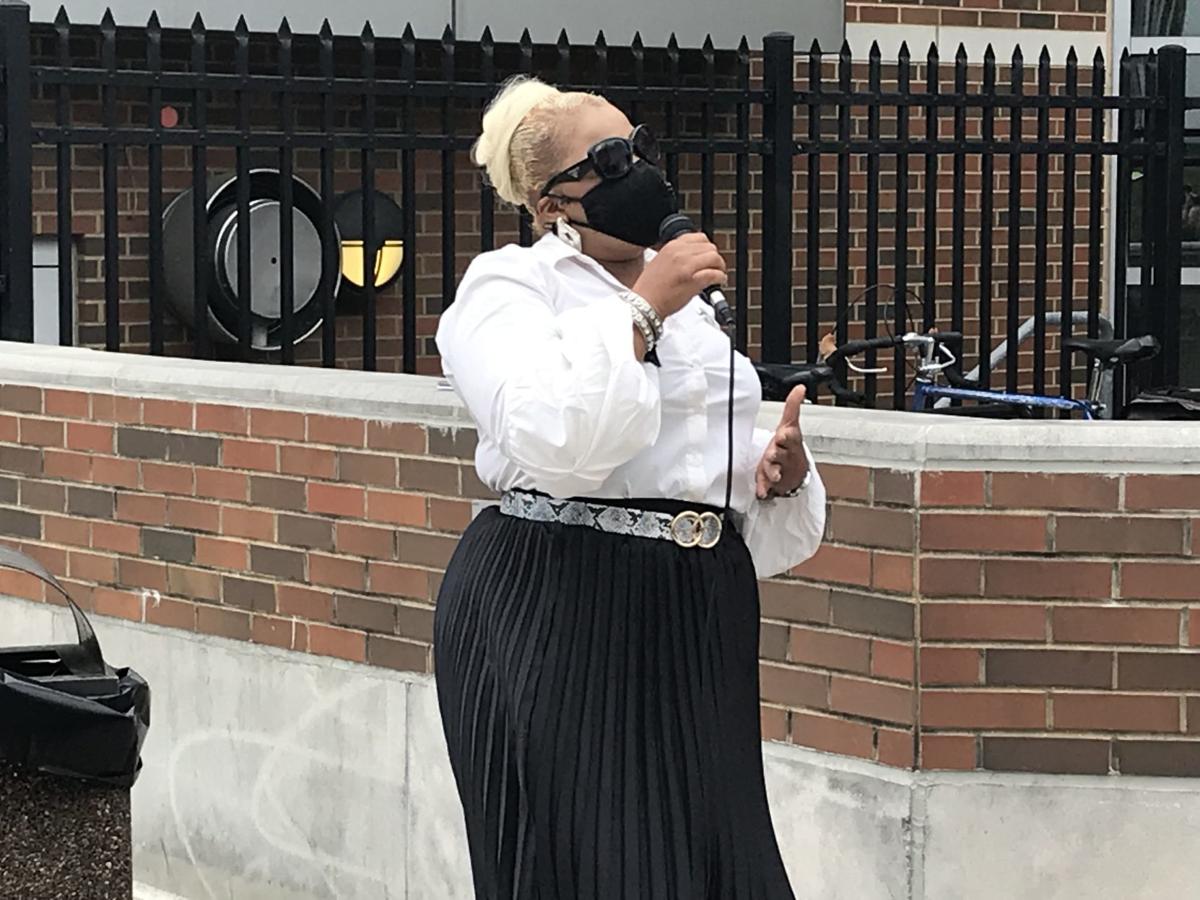 Zelig Cherif, whose son was previously incarcerated at the Philadelphia Juvenile Justice Services Center, addresses protesters who want the facility emptied due to the threat posed by coronavirus on Monday. — Tribune Photo/John N. Mitchell 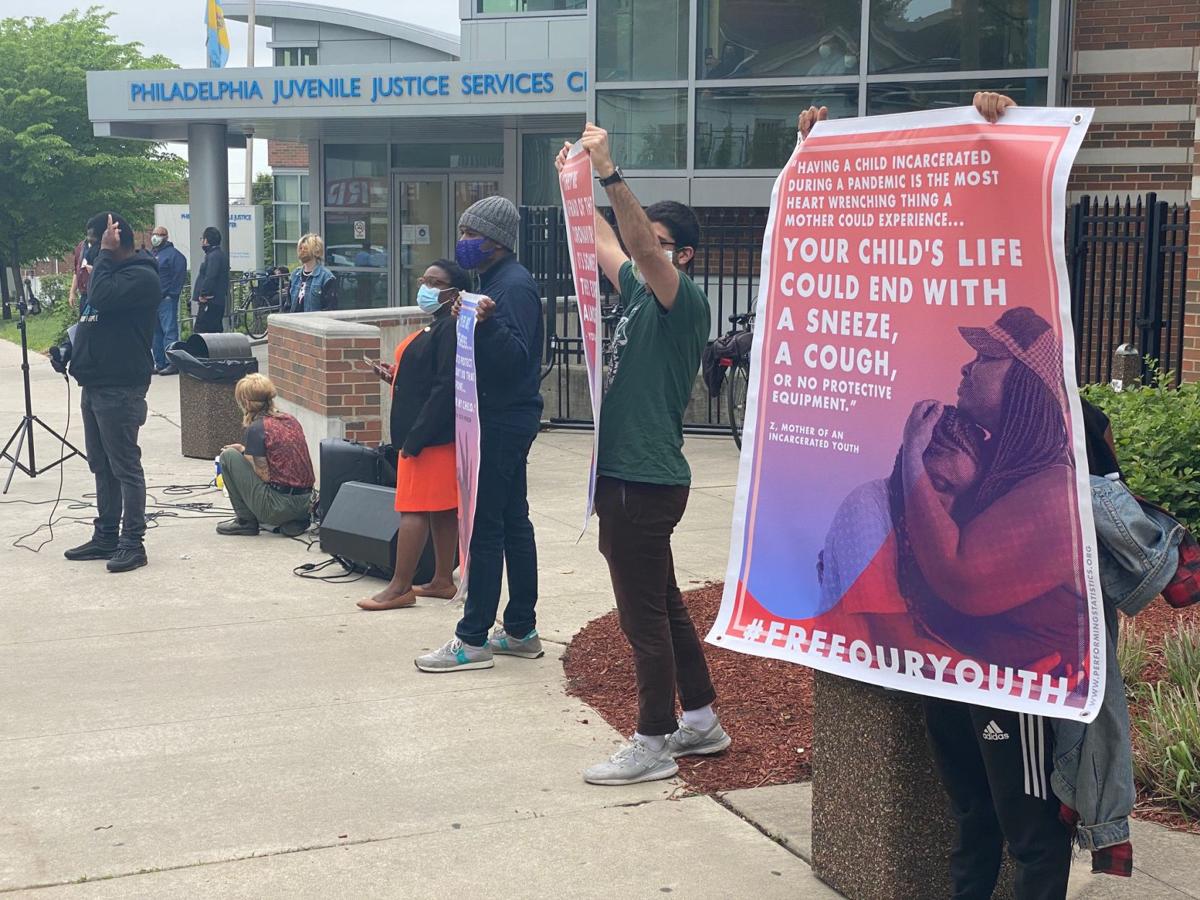 Zelig Cherif, whose son was previously incarcerated at the Philadelphia Juvenile Justice Services Center, addresses protesters who want the facility emptied due to the threat posed by coronavirus on Monday. — Tribune Photo/John N. Mitchell

Protesters lined the streets in front of the Philadelphia Juvenile Justice Services Center in West Philadelphia on Monday demanding that the city’s youth detention facility release all of its inmates due to the dangers posed by the outbreak of the novel coronavirus in the city.

“As a parent, it’s heart-wrenching,” said Zekiya Cherif, of Southwest Philadelphia. Her 18-year-old son was recently transferred from PJJSC to another state facility to serve the remainder of his 18- to 24-month sentence for a crime she did not identify.

“It’s almost like your child’s life could be taken away with a sneeze or a cough. We are here to stand in the gap for our children, who are voiceless.”

As of Monday, 125 youth were being held in the Philadelphia Juvenile Justice Services Center, up from 102 on May 8, according to Heather Keafer, spokeswoman for the city’s Office of Children and Families. The city’s courts continue to hold juvenile detention hearings via video conferencing on Mondays, Wednesdays and Fridays.

Keafer said the juvenile detention facility has put in place social distancing standards that line up with recommendations from local, state and federal officials, and “youth have their own rooms at this time.”

There is no authority that can grant the sweeping release of youth inside the Philadelphia Juvenile Justice Services Center.

“We will continue to work with in partnership with the public defenders, District Attorney’s Office, Courts and Probation to support youth at the PJJSC, and to move as many youths as possible to community-based services or to other appropriate placements,” Keafer said. “For youth who remain at the PJJSC, we deliver programming that reflects state and local guidance for congregate care during the COVID-19 pandemic. We continue to review and address the needs of all of the youth that remain in our care and when appropriate ensure that they are released.”

As of Monday, the coronavirus had killed more than 4,500 people in Pennsylvania, including 1,040 in Philadelphia.

Philadelphia District Attorney Larry Krasner, Chief Defender Keir Bradford-Grey, and activists across the city have for weeks been calling for the release of certain inmates to protect them from coronavirus infection. City and state officials have deferred to the courts, which have been slow to act.

On Monday, the protesters outside the Philadelphia Juvenile Justice Services Center called on officials to halt the new admission of youth to detention facilities; lift all juvenile detainers and bench warrants; prohibit the use of solitary confinement for youth currently in detention; and suspend probation requirements, penalties, and collection of fines and fees.

The afternoon protest lasted a little more than an hour. North-facing cars blowing their horns lined the length of 48th Street from Market Street to Haverford Avenue under the watch of at least two dozen Philadelphia police officers.

At-Large City Councilwoman Kendra Brooks took a break from city budget talks to lend her voice to the protest. At least a half-dozen other speakers participated, and protesters played a recording of someone reading a letter from an inmate talking about their fear of contracting coronavirus.

“Children can go through this process better when they are home,” said Brooks, a mother of five. “We need to make sure that we can find stabilizing housing for them where they are safe from the virus. Young people are exposed to the virus at a higher rate in facilities like this, and you can’t control who is coming in here and who has what.”

While the Jersey shore is open for Memorial Day weekend, city officials are warning residents not to go to the beach.

More than 75% of people tested in Philadelphia’s jails have contracted the novel coronavirus or are presumed positive, according to new city data.