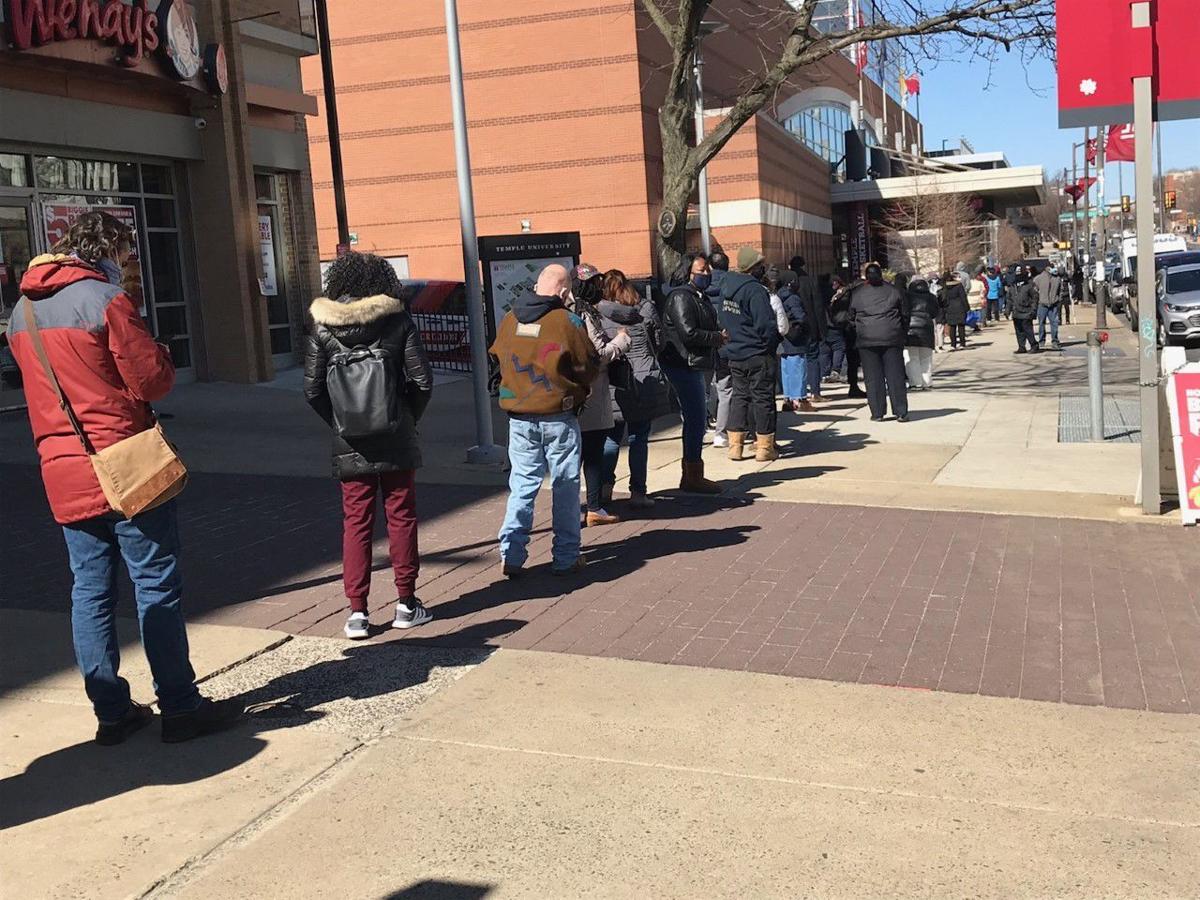 People line up to be vaccinated on Monday at the Liacouras Center. —TRIBUNE PHOTO/AYANA JONES 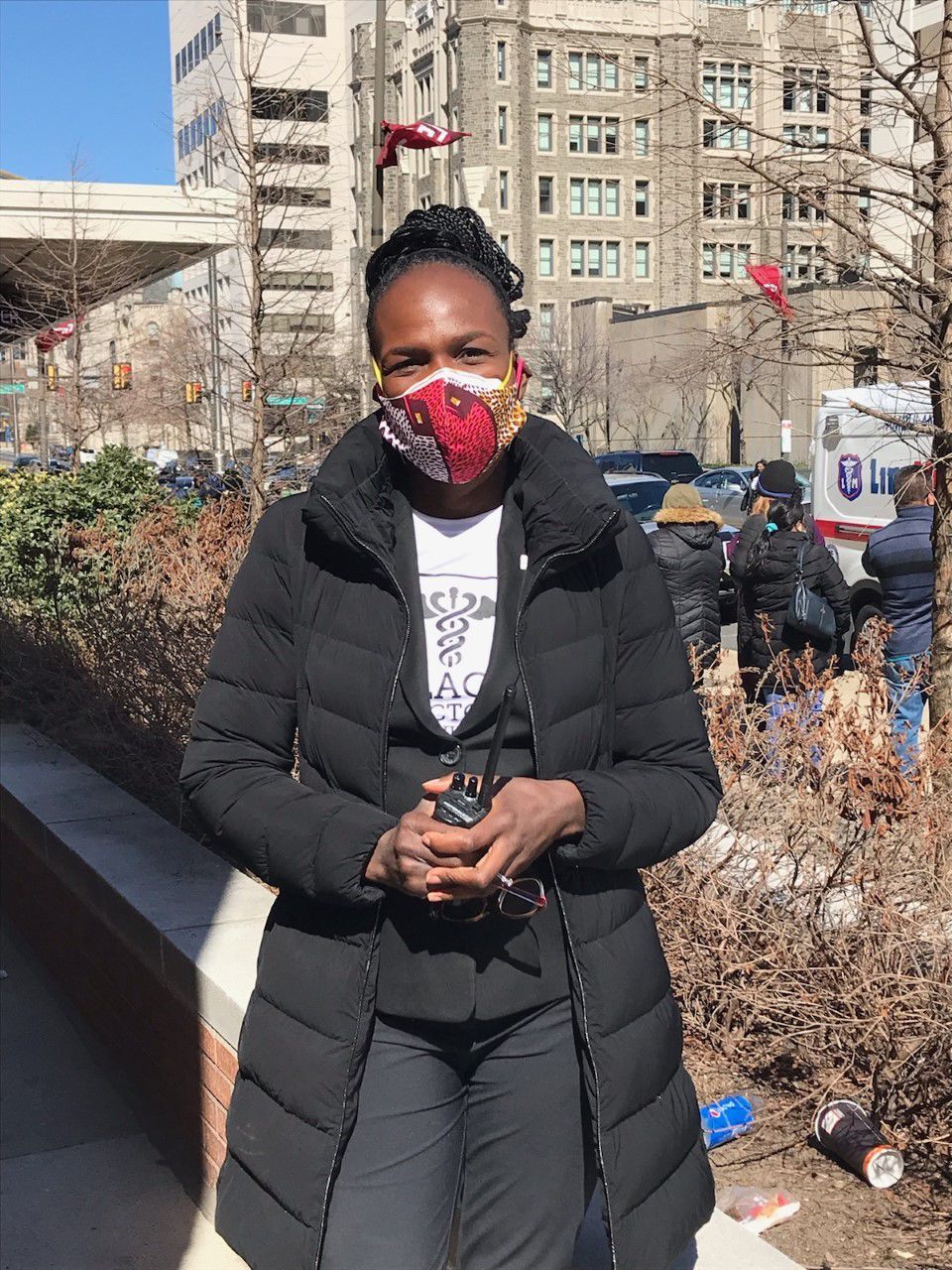 Dr. Ala Stanford is the founder of the Black Doctors COVID-19 Consortium. — TRIBUNE PHOTO/AYANA JONES

People line up to be vaccinated on Monday at the Liacouras Center. —TRIBUNE PHOTO/AYANA JONES

Dr. Ala Stanford is the founder of the Black Doctors COVID-19 Consortium. — TRIBUNE PHOTO/AYANA JONES

The Black Doctors COVID-19 Consortium has marked a significant milestone, vaccinating more than 25,000 people in 31 days — with 75% being African American.

On Sunday, the organization celebrated the accomplishment by dancing on Broad Street in front of the Liacouras Center.

“We’re accomplishing our goal,” Dr. Ala Stanford, founder of the Black Doctors COVID-19 Consortium, said of the organization’s work in administering vaccinations.

“The goal is always to serve those who typically don’t have access. From the public health measure, it’s decreasing the spread in the communities where it spreads the most and where it’s present the most. It’s being able to have empathy while you’re delivering it.”

The consortium has reported that 82% of the more than 25,000 people vaccinated are people of color and 75% are African American. On average, the organization vaccinates about 1,000 people at each vaccine clinic.

“It’s good because we know that we’re meeting our mark,” Stanford said.

“It makes you want to keep coming back to work when you’re hitting your mark every day.”

The consortium is now vaccinating people who are eligible for Phase 1A or Phase 1B and reside in the ZIP codes with high COVID positivity rates.

Lula Brown, a 63-year-old Hunting Park resident, was among those waiting in line to receive the Johnson & Johnson vaccine on Monday at the Liacouras Center.

“Initially, I just did not want to take the vaccine,” she said.

“I’m a nurse but I still didn’t want to take the shot. There was a little part of me not trusting it because it was put together so fast.”

However, she decided to get the Johnson & Johnson vaccine since it was only one shot and she wants to travel to North Carolina and visit her new grandchild.

The clinic on Temple University’s campus has three lines: one for those 75 and over, another for first doses and a third for those getting their second dose.

When the consortium held a 24-hour mass vaccination event, more than 4,000 people turned out.

The consortium is offering both the Johnson & Johnson and Moderna vaccines.

“The thing about it is that the Johnson and Johnson [vaccine] was studied with the variants that are out and present and the other ones were not,” Stanford said.

“There was no South African variant, there was not a Brazilian variant when the Moderna and Pfizer trials were going on.”

She said all three of the vaccinations are effective in helping to prevent transmission of the disease and reducing hospitalization and death from COVID-19.

Local gyms and restaurants are slated to receive grant funding

More than 900 small businesses are slated to receive a total of $12 million from the Philadelphia COVID-19 Restaurant and Gym Relief Program.

Philadelphia is making progress in getting residents inoculated with the COVID-19 vaccine — especially residents of color.

I Congratulate the Black Doctors Consortium for the excellent job they are doing. I received the Moderna and I am so grateful. Thank you Dr. Ala Stanford.