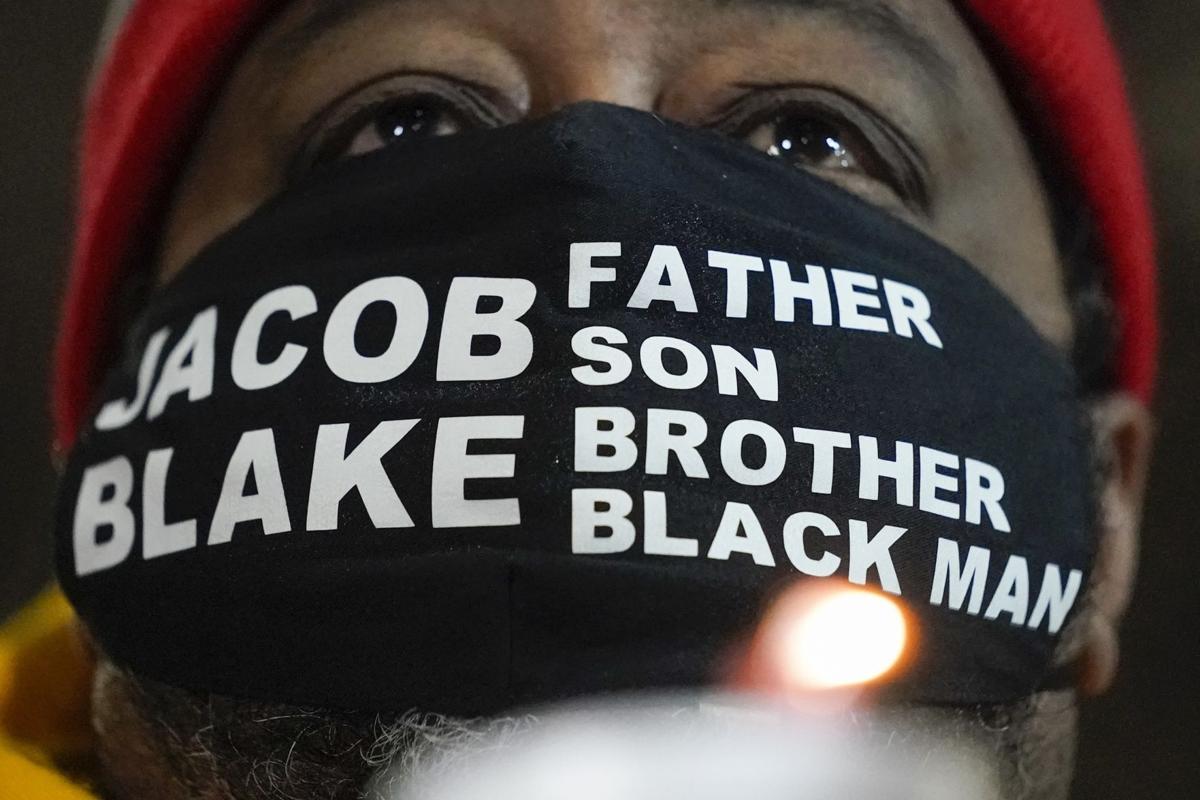 MADISON, Wis. (AP) — Federal prosecutors announced Friday that they won’t file charges against a white police officer who shot Jacob Blake in Wisconsin last year — a shooting that sparked protests that led to the deaths of two men.

Officer Rusten Sheskey shot Blake, who is Black, during a domestic disturbance in Kenosha in August 2020. The shooting left Blake paralyzed from the waist down and sparked several nights of protests, some of which turned violent. An Illinois man shot three people, killing two of them, during one of the demonstrations.

State prosecutors decided not to file charges against Sheskey earlier this year after video showed that Blake, who was wanted on a felony warrant, was armed with a knife.

The U.S. Department of Justice launched its own investigation days after the shooting. The agency announced Friday that a team of prosecutors from its Civil Rights Division and the U.S. attorney’s office in Milwaukee reviewed police reports, witness statements, dispatch logs and videos of the incident, and determined there wasn’t enough evidence to prove Sheskey willfully used excessive force or violated Blake’s federal rights.

“Accordingly, the review of this incident has been closed without a federal prosecution,” the Justice Department said in a news release.

Blake's uncle, Justin Blake, called the decision “unconscionable” and said it “definitely steps on every civil right we can imagine this country owes every African American descendant.”

“If we had a heart to be broken, it would be,” he said. “But because we've been through all we've been, we're not.”

The Justice Department’s findings dovetail with Kenosha County District Attorney Michael Graveley’s determination in January that Sheskey could successfully argue that he fired in self-defense.

Sheskey and other officers encountered Blake after they responded to a call from a woman who reported that her boyfriend wasn't supposed to be at her home. When they arrived at the scene the woman told them that Blake was trying to her kids and her SUV.

Blake fought the officers as they tried to take him into custody. Sheskey and another officer tried to shock him with their stun guns to no avail. Blake tried to get into the SUV with his young children in the backseat, prompting Sheskey to grab his shirt. Sheskey told investigators that he was afraid Blake would drive off with the children or use them as hostages.

Graveley said video shows Blake turning toward Sheskey with a knife and made a motion toward the officer with the knife, prompting Sheskey to fire.

Kyle Rittenhouse, of Antioch, Illinois, answered a local militia's call to protect Kenosha businesses from looters and vandals during the third night of protests. He ended up shooting Joseph Rosenbaum, Anthony Huber and Gaige Grosskreutz, killing Rosenbaum and Huber and wounding Grosskreutz in the arm. All four men involved were white.

Prosecutors have charged Rittenhouse with multiple counts, including homicide. He has argued that he fired in self-defense after the three men attacked him. He's set to stand trial next month.

Conservatives frustrated with Black Lives Matter protests have rallied around Rittenhouse. They raised $2 million to cover his bail. Black Lives Matter supporters have painted him as a trigger-happy vigilante who made things worse in Kenosha by bringing a gun to the protests.

This story was first published on Oct. 8, 2021. It was updated on Oct. 10, 2021, to make clear that the Justice Department determined there wasn’t enough evidence to prove the officer willfully used excessive force or violated Blake’s federal rights.

Copyright 2021 The Associated Press. All rights reserved. This material may not be published, broadcast, rewritten or redistributed without permission.