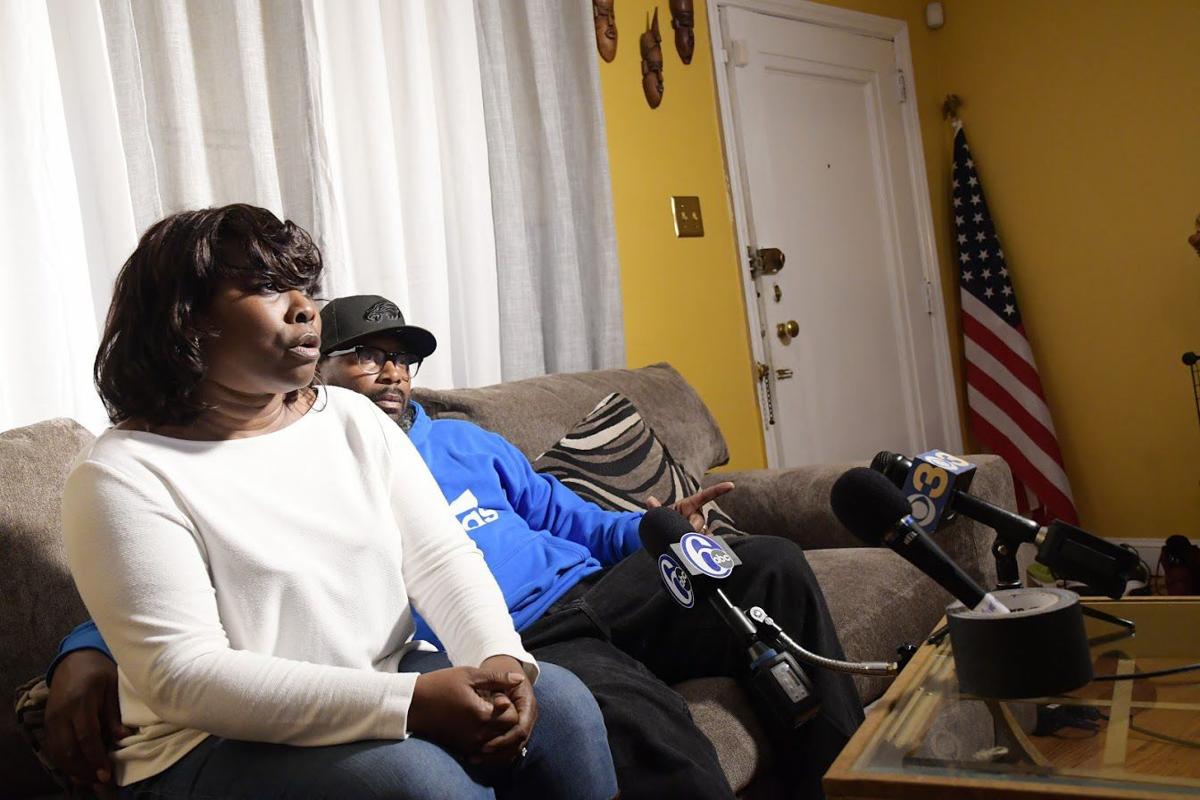 Tanya and Quinnell Armstrong speak with the press at their home on Friday. — PHOTOs BY MARISSA WEEKES 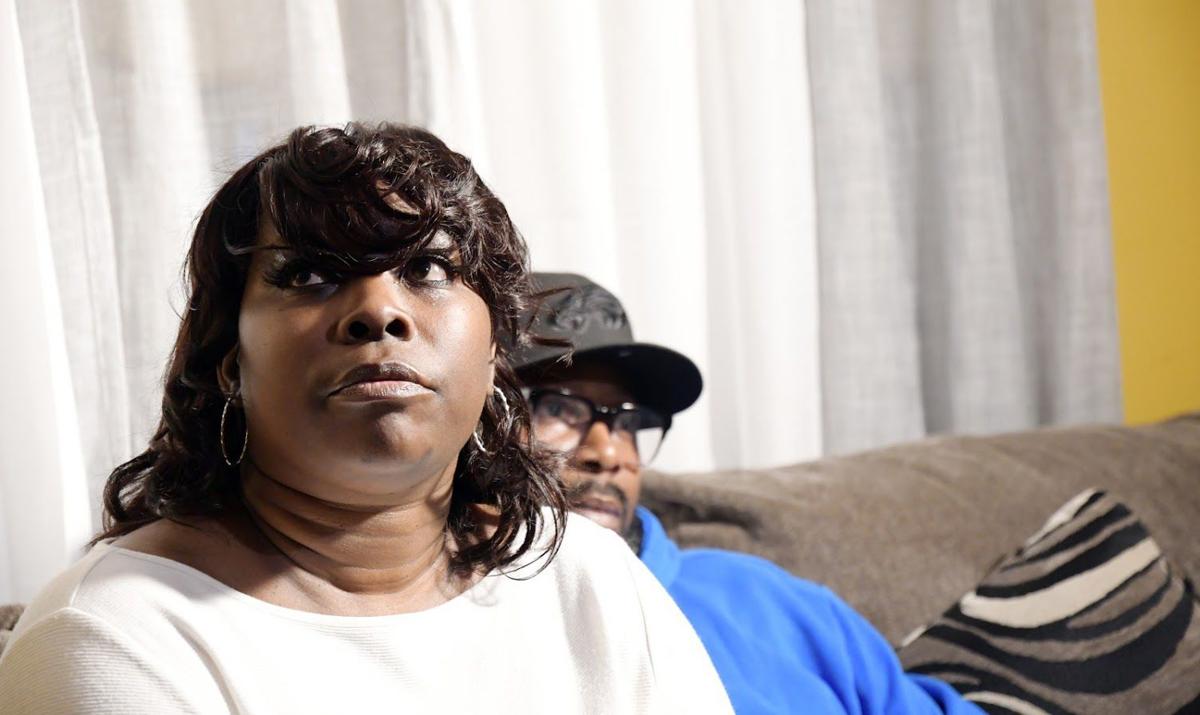 Tanya and Quinnell Armstrong are the aunt and uncle of Michael White, who was found not guilty of voluntary manslaughter in the stabbing death of Sean Schellenger.

Tanya and Quinnell Armstrong speak with the press at their home on Friday. — PHOTOs BY MARISSA WEEKES

Tanya and Quinnell Armstrong are the aunt and uncle of Michael White, who was found not guilty of voluntary manslaughter in the stabbing death of Sean Schellenger.

The family of Michael White thought they would be able to get on with their lives after a jury found the 22-year-old Black bicycle courier not guilty of voluntary manslaughter in the stabbing death of a white real estate developer in Rittenhouse Square last July, but that has not been the case.

The night after White won his freedom, White and some of his family members described how the family has endured — and continues to endure — racial threats on social media.

“They have been directed at Michael, but Michael is our family,” said Tanya Armstrong, White’s aunt. “If Michael is receiving threats, then we are being threatened.”

Her husband, Quinnell Armstrong, read something that he said had been posted on Craigslist Friday morning, but later removed.

“Another white man slaughtered — Philadelphia PA,” he read. “Another smart, promising white life slaughtered by a Black animal who was found not guilty. Get out of Philadelphia while you are still alive. They’ve [African Americans] already destroyed most of the city anyway. They’re like a cancer in the Northeast destroying one neighborhood after another.”

The Armstrongs say this is an example of the sort of harassment that has been appearing more frequently online.

They also pointed to two old videos of White that Linda Schellenger, the mother of real estate developer Sean Schellenger, posted on Facebook.

In one video, White is wearing a white A-shirt and rapping. He uses the N-word and the F-word.

In the other video, which is an Instagram Story, White is wearing a black hooded sweatshirt. He uses the F-word several times.

Schellenger wrote in the description of the videos, “This is the man that killed my Son. These are his videos and there were many posts about killing that were suppressed by the District Attorney, Larry Krasner! The jury never got to see any of it! Obstruction of Justice. Please put Larry Krasner in jail!”

The Armstrongs said the first video was made around 2013. They said White was expressing his anger following the killing of his friend. He makes no threats in the video and looks significantly younger than he does today.

The other video is more recent, as Instagram Stories did not exist until 2016.

“It had nothing to do with Sean,” Tanya Armstrong said. “This was years ago. He was expressing his hurt over losing a close friend.”

“I know she is hurting. She lost her son. But she has to try and start healing,” Quinnell said. “By directing this at Michael and our family, it’s not helping.”

White has been living with the Armstrongs in Southwest Philadelphia since he was freed on bail last year. He was not home on Friday.

Quinnell described White as remorseful and “wishing that the incident never happened.”

Because of the constant harassment online, the Armstrongs fear for White’s life whenever he leaves their home.

White and Sean Schellenger, who had never met before, crossed paths late in the evening of July 12, 2018.

Schellenger and his friends, William Norris Jordan and Uri Jacobson, were traveling near the intersection of 17th and Chancellor streets in a black Mercedes when they were forced to stop because a gold Ford Taurus carrying two Black deliverymen stopped.

Jordan, the driver of the Mercedes, honked his horn and yelled at the deliverymen, “move, you stupid n-----,” White testified on Tuesday.

“That made me uncomfortable,” White said.

Schellenger then got out of the Mercedes and approached the driver’s side of the Taurus, White said.

White said he told Schellenger, “This is really no reason to act like a tough guy.”

“I said that in hopes that he would stop because he looked like he was really ready to hurt someone,” White testified.

Schellenger, who had alcohol and cocaine in his system, then turned on White. Jordan, Jacobson and other witnesses testified that they could not hear the words Schellenger and White exchanged, but White said Schellenger threatened to “beat the Black off” him.

White pulled a hunting knife with a 7-inch blade from his backpack.

During the scuffle, White, who was 16 years younger and 50 pounds lighter than Schellenger, raised the knife and brought it down into Schellenger’s back.

“I was trying to get him off me,” White said.

“I wasn’t trying to kill nobody,” he testified. “I was defending myself. I was thinking I could die.”

After Schellenger went down, White pulled the knife from Schellenger’s back, fled the scene, went to his aunt’s house in West Philadelphia, and threw the knife on a rooftop. He surrendered to police the next day.

The Friday before the trial was set to begin, Krasner filed a motion to dismiss the murder charge and replace it with a voluntary manslaughter charge. He argued he would be more likely to secure a conviction that way.

After three days of testimony and a day of jury deliberations, the jury found White not guilty of voluntary manslaughter, possession of an instrument of crime or obstruction of justice.

The jury found White guilty of evidence tampering, which is a misdemeanor that carries a maximum sentence of two years in prison. A sentencing hearing has not yet been scheduled.

One day last summer, while preparing her defense of Michael White against manslaughter charges in the July 2018 stabbing death of Sean Schelle…