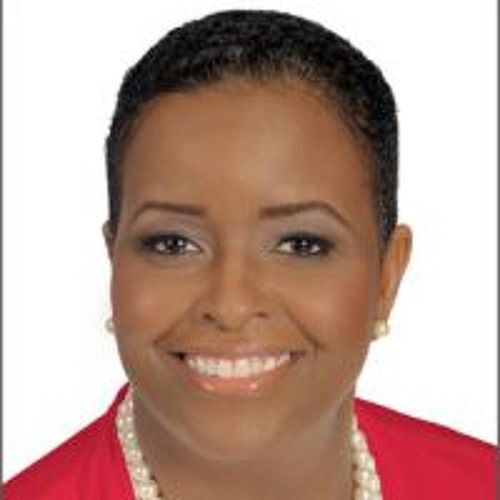 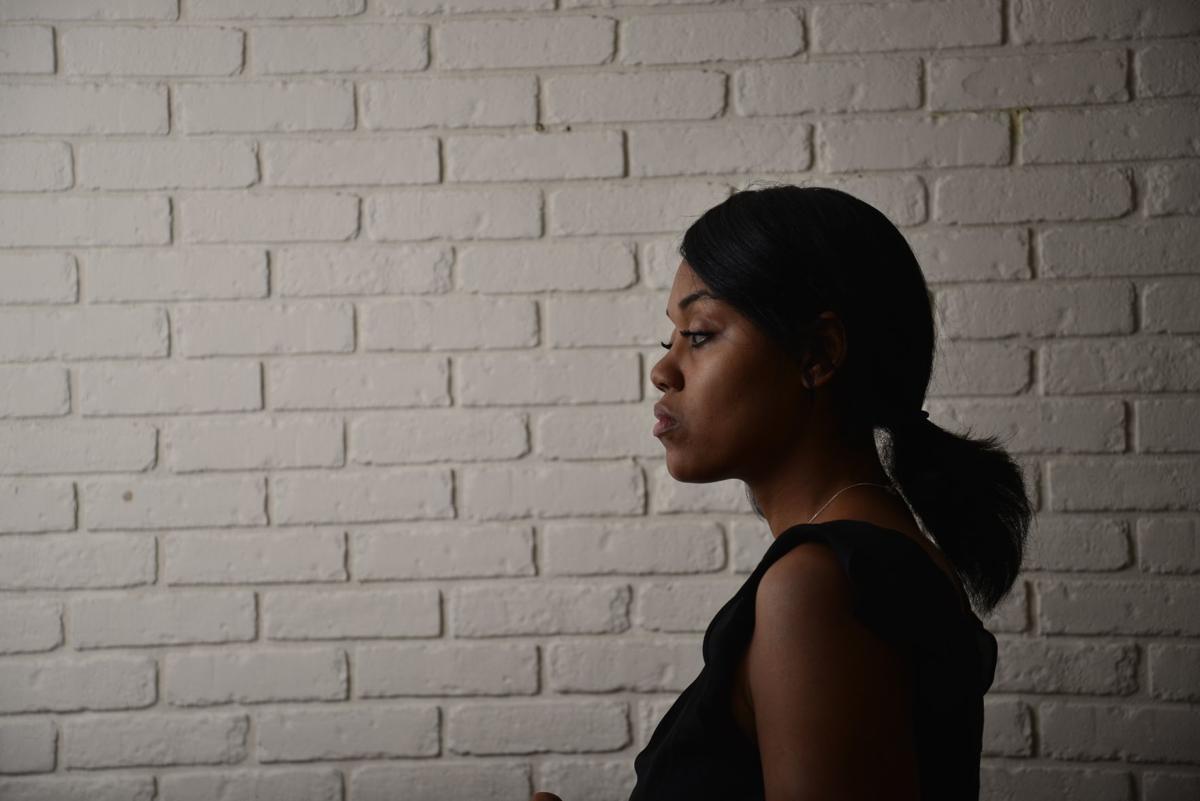 When Lisa Mothee and her fiancé went before Family Court Judge Lyris Younge last September, the 31-year-old mother of five thought she was just going for a compliance hearing.

But nothing could have prepared her for what happened.

“After a sidebar, my fiancé and I were told that we were being detained,” Mothee said. “We were handcuffed and strip searched. I passed out and I woke up crying. I couldn’t believe what was happening — it went from 0 to 100 real quick. I woke up in a cell but my kids were gone.”

Mothee and her fiancé were released later in the day after her children were taken into custody by the Department of Human Services. The Olney resident said she came to family court prepared to demonstrate that she had been in compliance with DHS. However, she alleged Younge never gave her the opportunity to present her side of the story and supporting documents. Since that day she has gone through three lawyers in a futile attempt to regain custody of her children, ages 9, 7, 6, 3 and nine months. They are currently living with a relative.

“It has been an ordeal; physically, emotionally and mentally I’m drained,” said Mothee, who is allowed four hours of supervised visitation per week.

Mothee and other parents and grandparents who believe that Younge has denied them their rights to due process and subsequently seen their children placed into the custody of family or in foster homes in the two-plus years Young has been on the bench have turned up the pressure on her recently. With protests, they are calling for her removal from the bench.

Earlier this month, the state Judicial Conduct Board got involved, launching an investigation into Younge’s handling of cases following a series of articles that appeared in the Legal Intelligencer examining alleged due process violations.

The investigation was launched shortly after the State Superior Court issued a ruling reversing an earlier Younge decision to hold a child in foster care to force a confession of alleged child abuse from the parents. There have been no charges leveled against her.

“That is a very serious contention,” said a lawyer who has tried cases before Younge speaking anonymously. “But I can tell you this — I’m not surprised. From my experience, it’s something that needed to happen because she is out of control. It’s never about the law; it’s about how she’s feeling that day. It’s not about due process. It’s an abuse of authority.”

Younge has retained West Chester-based attorney Samuel Stretton. Stretton said that Younge was thrown into a difficult situation adjudicating many parental separation cases left over from a retiring judge.

“Judge Younge, I believe, is an excellent judge, and I believe she is being unfairly accused,” Stretton said. “Her guiding star has always been what’s in the best interest of the children. I see her as a good, fair judge who was thrown in a very difficult situation. She is a fair judge and I don’t know why they are going after her.”

Younge, 51, took the bench in March 2016, and she began by handling many parental separation cases, some of the most difficult in the court, according to Stretton.

By the second anniversary of her tenure, Younge had amassed 156 appeals, 77 of which are active, 79 of which are closed. Eight of those closed appeals resulted in her rulings being at least partially overturned in Superior Court. Three of those violations were based on violations of parents’ or caregivers’ due process rights.

A fourth was the result of relying on insufficient DHS testimony that three children would not suffer irreparable harm if their mother’s parental rights were terminated.

Judge Joseph Fernandes’ 148 appeals are second to Younge. However, of his 112 closed appeals, just two have be reversed.

On Wednesday of last week, Mothee spent part of the afternoon visiting with her children.

She is grateful her children were placed with a relative and not in foster care. However, she is part of a support group that meets regularly, and many of the horror stories she’s heard from the parents and grandparents of children in foster care “are frightening, the sort of things that no one wants to believe goes on.”

On this afternoon she is happy because of a court appearance scheduled for Monday in which she says she could get custody of her children. She is relieved Younge is under investigation — “It lets you know somebody was listening, hopefully something good will come out of it” — and she is encouraged by the news that on Monday she will go before Fernandes and not Younge.

I attended high school with Judge Younge. This behavior is unlike the person I knew in school. Something must be going on in her life causing her to act like this. I can only pray that Judge Younge will return to the beautiful, caring person that I once knew her to be.

Perhaps Judge Younge is in over her head in at the legal competency level. Just because she got elected or appointed does not mean that she is competent. I would not place to much stock in her lawyer, Stretton. You can get a lawyer to advocate anything.

It sounds like a judge who is looking out for the children in the debacle of what many now call "parenting." so many children are left to their own devices of maintaining life or better yet survival within the inner city. The systemic problems can be helped with more responsible parenting in the lives of children. When speaking with incarcerated or formerly incarcerated folk, they all tell horror stories of growing up with parents who did not care, abused, or neglected them. Because a person procreates does not make them a fit parent and this is the justice many children need to have a fair chance at life. Of course you want to be sympathetic to the parents, but what type of adults will these children become, based on their present parenting situation? Then later when crimes are committed who is going to care for the services that will be needed to further the systemic complications of a misunderstood or dismissed urban culture.
The need is to look deeper into the dismissal of what has become the low level accepted norm of decisions not based on the child’s welfare, but more on cronyism. In addition the fact that many of the judges have not seen the results, environments, or realities of many of the parents that show in front of them.
Because the decision is different does not make it incorrect. But a deeper look may find a broader perspective of the truth and the product of the now normal what should be unacceptable parenting in the city. But why care or “judge” decisions that do not directly affect you or are in communities you never see the result of the court decision. The norm will keep us in cultural ignorance! Wisdom is not what we see in the present, but the remedy for our future!
Thanks Judge Younge, when people get upset, it means change is happening!

Indeed, change is happening; subsequently this is a change the judiciary needed. Laws are enforced and punishable if broken. When a decision is made in a courtroom a caselaw or statue should support the decision -making, not baises or emotions that may govern over the judge. While i agree parenting is very important , shaping the future for our children, clear convincing evidence is needed for ajudications. It's not Judge Younge's place to sabotage parents, intimidate lawyers, social workers, child advocates, and city solicitors. Her job is to be fair, impartial, and grant everyone due process! All the above, which she has not done! Your opinion is absolutely valid ; however not in regards to younge. Younge has abused her authority time after time, assuming law doesn't apply to her. Thread by thread she's woven her own bed, while we all await her judgement day for the irreparable damages she has caused to many. She was reassigned + is under investigation for vaild reasons.... somehow you missed the elephant in the room.

As a Social Worker, who appeared before Judge Younge’s court room. Judge Younge is unfair and her rulings are based on her mood. On 2 occasion she has ordered rulings which was not in the best interest in the children and as a result those 2 children were hurt. If she doesn’t like the social worker she rules against their recommendation to prove that she’s in authority. She does not understand child welfare but then against most people don’t. The system isn’t designed to keep families together instead it breaks family apart. I pray that one day the system change and actually hep keep families together

I agree their taking our children. I believe my Grandsons coming back. I won't let go of my faith.

All judge lyris do it destroy families. She wouldnt let my family get my daughter. She choose to have my daughter in foster care with a complete stranger. She took my rights away but i put in a appeal. Hopefully the higher court will see all the wrong she has done. Seems like my prayers is coming true that she won't be on the bench much longer.

We give out all kind of loan like the following Loan.

We are certified, trustworthy,reliable, efficient, Fast and dynamic. If you are interested please contact us for more information, we also give out loans from the rang of $5,000USD-$5,000,000USD at a 3% interest rate. Duration of 1-20 years depending on the amount you need as loan.Apply now:
Becky Ford
WhatsApp:+1 404 400 4210
info@fordcreditcentre.com
fordbecky6@gmail.com
www.fordcreditcentre.com

I pray that you get the justice she has denied many. I believe all cases need to be retried, younge doesnt allow evidence in onto records and mischaracterizes the record in her efforts to keep families seperated. Hopefully these practices will no longer occur in courtroom 5A.

I agree, she should be taken off the bench forever.

This Judge is totally incompetent. So bad they had someone sitting with her on the bench to teach her the basic rule of evidence.

This judge is way out of control ,she penalized me over 50 thousand dollars for violating the L&I zoning
Requirements,

I feel the other than honorable Judge Young should be stripped of her title.She doesn't deserve to be a judge. She believed everything the DHS worker said. You bring evidence she tells them to take it off record. I thought court was about Proven. Lyrisa Young has change my life forever. However, I believe God is going to work it out.My grandson alledge that his foster care mom was spanking him. Now his adopted by them. Try living with that!!!!!

I think they should interview Coer workers. One thing for certain two things for sure once they realize what there doing they leave. They all ways hire for Coer workers. My daughter had five Coer workers. I want my grandsons back!!!!