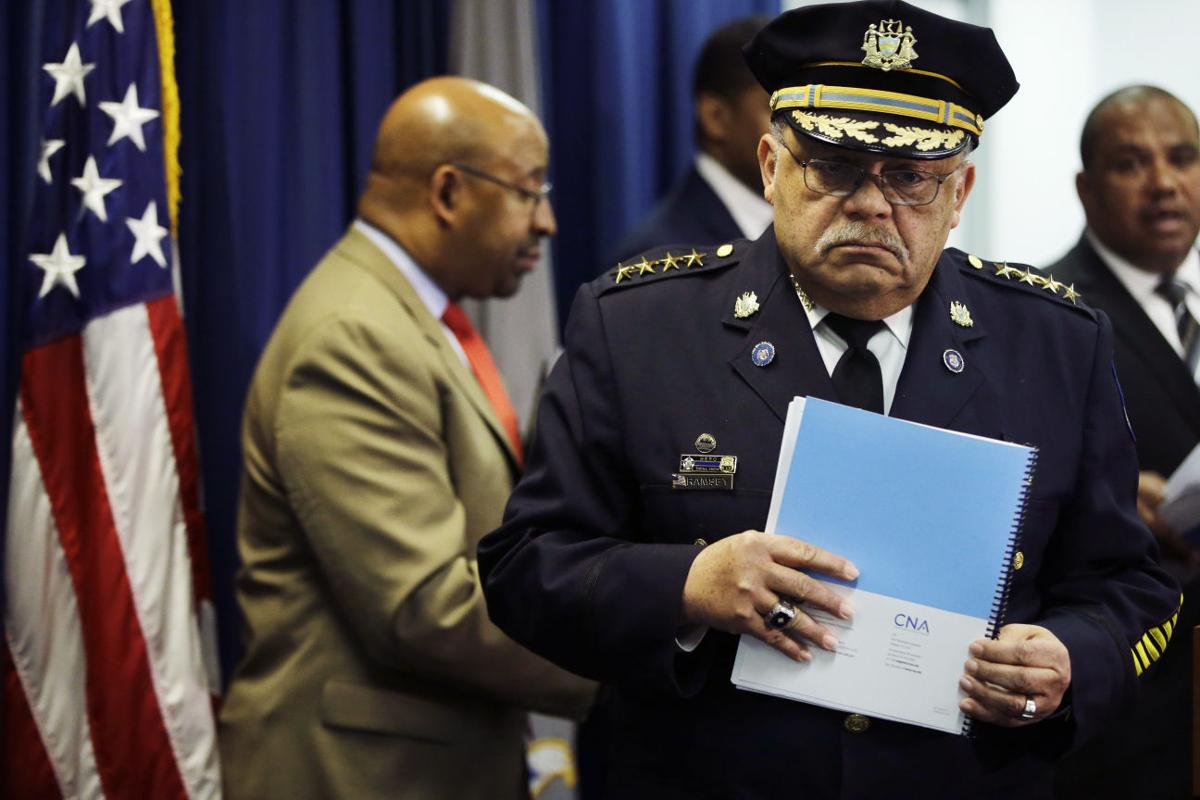 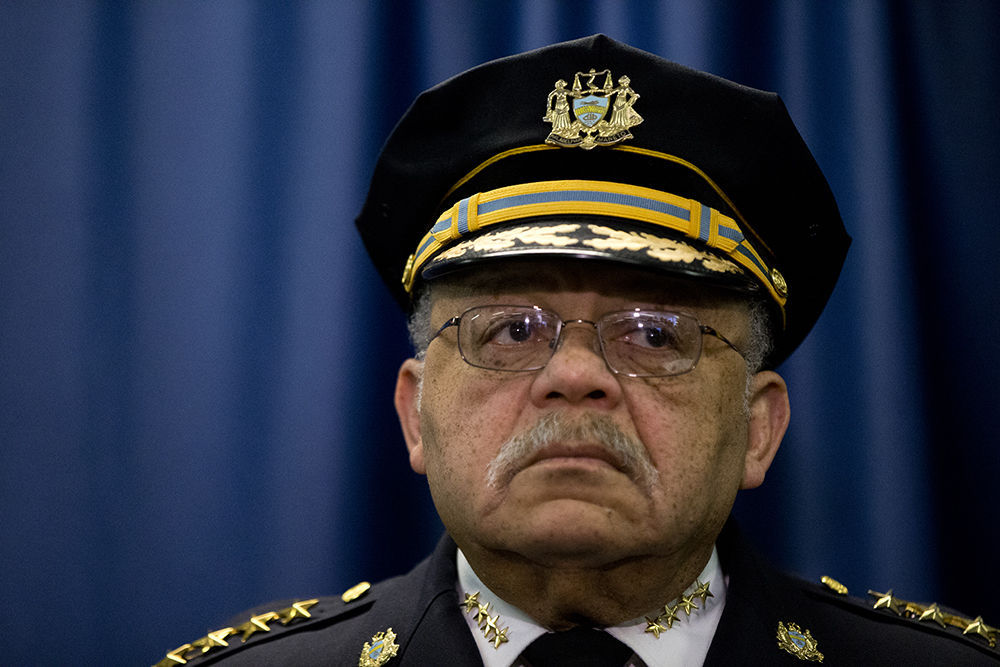 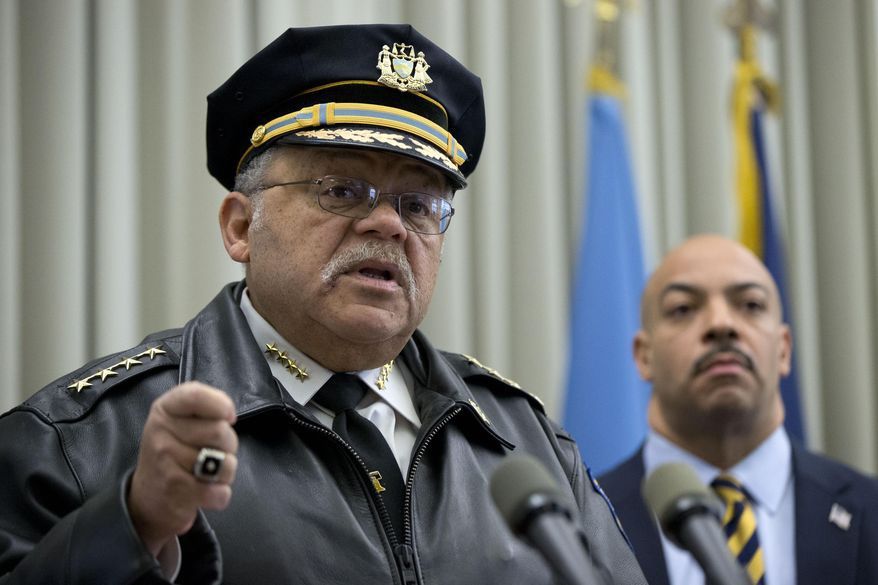 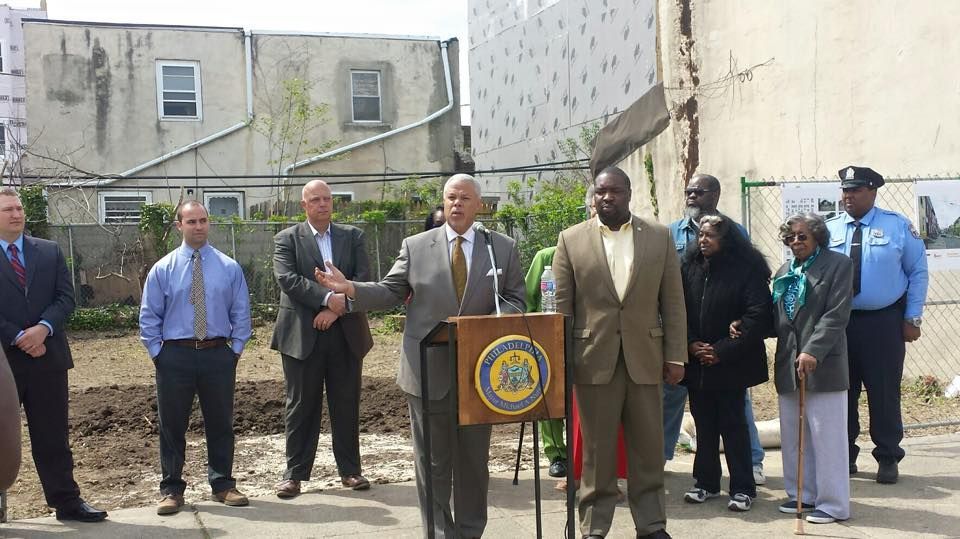 The fallout continued Thursday from state Sen. Anthony Williams’ statement this week that, if elected mayor, he would fire police Commissioner Charles Ramsey.

“Sen. Williams is right and very smart for saying he’d get rid of Commissioner Ramsey,” said city defense attorney and community activist Michael Coard. “It was Ramsey who, from 2009 to mid-2011, ordered the illegal stop-and-frisk policy that violated the rights of more than a quarter million Philadelphians. Despite Blacks constituting only 44 percent of the city’s population, they constituted 72 percent of the persons stopped and frisked.”

Mayor Michael Nutter, who brought Ramsey to Philadelphia from Washington, D.C., where he was chief, had a strong reaction to Williams.

Administration Spokesman Mark McDonald said Thursday that the mayor would have no further comment.

A request for comment from Ramsey on Thursday was answered by a department media representative who said the commissioner would have no comment and “has a police department to run.”

Ramsey, Philadelphia’s police commissioner since 2008, has a profile that extends far beyond the city limits. He was tapped by President Barack Obama to lead a commission on 21st Century Policing after national protest following the police-involved deaths of Michael Brown in Missouri and Eric Garner in New York.

“People have to be replaced when they stand for a policy that people don’t trust,” Williams said during a candidates debate this week.

“I am not taking anything away from Commissioner Ramsey. He is a fine man and has done a creditable job as commissioner, but there are still issues with the police department’s implementation of the agreement with the ACLU on stop–and–frisk, according to the court monitor,” Williams said. “The next mayor will have to decide the direction of the department in this critical moment for policing in this country. It is now time for voters to decide whether they support a candidate who believes we can truly reform the police department.”

In 2011, the Civil Liberties Union of Pennsylvania settled a court case against the city, and as part of that settlement, the police department began collecting data on all stop–and–frisks and was to store this information in an electronic database.

That settlement was to also provide officers with necessary training and supervision with respect to stop–and–frisk practices. Additionally, the agreement established a monitoring system in which the police department, plaintiffs’ counsel and an independent court–appointed monitor, Dean JoAnne A. Epps from the Beasley School of Law at Temple University, reviews and analyzes the data.

Aside from singling out Ramsey for termination, Williams also targeted opponent and former councilman Jim Kenney.

“Before he ran for mayor, [Kenney] was annoyed by the limitations being placed on the police departments’ use of force, angry that officers couldn’t use batons to the head,” Williams said. “Kenney said he didn’t think stop-and-frisk was hurting anybody’s civil liberties. And during this campaign he had to be prodded into adopting the president’s report on community policing — and still has hesitations around a zero tolerance policy on hate speech by police officers.

“He has never understood the need to balance good policing with the need to protect civil liberties.”

Kenney spokeswoman Lauren Hitt said Kenney “fully supports” ending stop–and–frisk, and is confident he can work with whatever commissioner he has to get that done.

Hitt also questioned Williams’ knowledge of how stop-and-frisk is implemented.

“Ultimately, stop–and–frisk is under the mayor’s control, not the commissioner’s,” Hitt said. “As you’ll remember, Commissioner Ramsey also spoke out about Jim’s plan to decriminalize marijuana, but Ramsey ultimately implemented it because it’s the law and it’s his duty to uphold the law.

Mayoral candidate and former district attorney Lynne Abraham also backed the job Ramsey has done, even though they have differences of opinion on certain policing endeavors.

“Even though we disagree on the merits of the stop–and–frisk policy, Commissioner Ramsey has done an outstanding job,” Abraham said. “His work with the Task Force on 21st Century Policing is of the highest order and is properly commended. He is taking steps to implement the report to help restore the trust between the community and the police.

“As mayor, I would end Mayor Nutter’s stop-and-frisk policy, which infringes on our citizens’ constitutional rights and disproportionately targets minority youth.”

Mayoral candidate and former Philadelphia Gas Works executive Doug Oliver also said he was supportive of Ramsey, and thought it showed bad political form to discuss citywide personnel in such a public manner ahead of an election.

“What I said now in four televised debates and whenever I have been asked, is that it is inappropriate to have conversations about city personnel decisions in a public venue,” Oliver said. “So I declined to talk about who I would appoint to where.

“But I am a huge fan of Ramsey, and believe he’s done a tremendous job,” Oliver continued, noting no one knows if Ramsey would even want to stay on as commissioner after November’s elections. “Ramsey is highly respected locally, regionally, nationally and internationally. Any conversations about what happens with Ramsey and his position would be a conversation that takes place with Ramsey first.”

Williams said he has been talking to members of the community throughout the campaign and came to the difficult conclusion that he needed to go in a different direction with the leader of a department that has such an impact on the community; Williams sees Mayor Nutter as the stop–and–frisk’s designer and Ramsey as the implementer of the policy, one Williams said he will end if elected mayor.

“[When] we have to decide about the future of this department, do we want a mayor who gets it right the first time or someone who is an election year convert — to understand that you can’t develop policies that are detrimental to communities, per [President Barack Obama’s] task force, co–chaired by Chief Ramsey,” Williams continued. “The new commissioner must understand that community policing is a mind set and not a policy … that police are safer when they work in concert with community.”

Candidate T. Milton Street agreed with Williams and said he, too, would fire Ramsey.

The mayoral primary is on May 19. There are six Democratic candidates and one Republican, Melissa Murray Bailey. Registered Democrats outnumber Republicans by about 7 to 1 in the city.

The truth is that it matters not who is mayor, who is police commissioner, Philly as a first class city has been dead a long time, she will not recover, she will continue to deteriorate as did Camden, Wilmington and Baltimore.