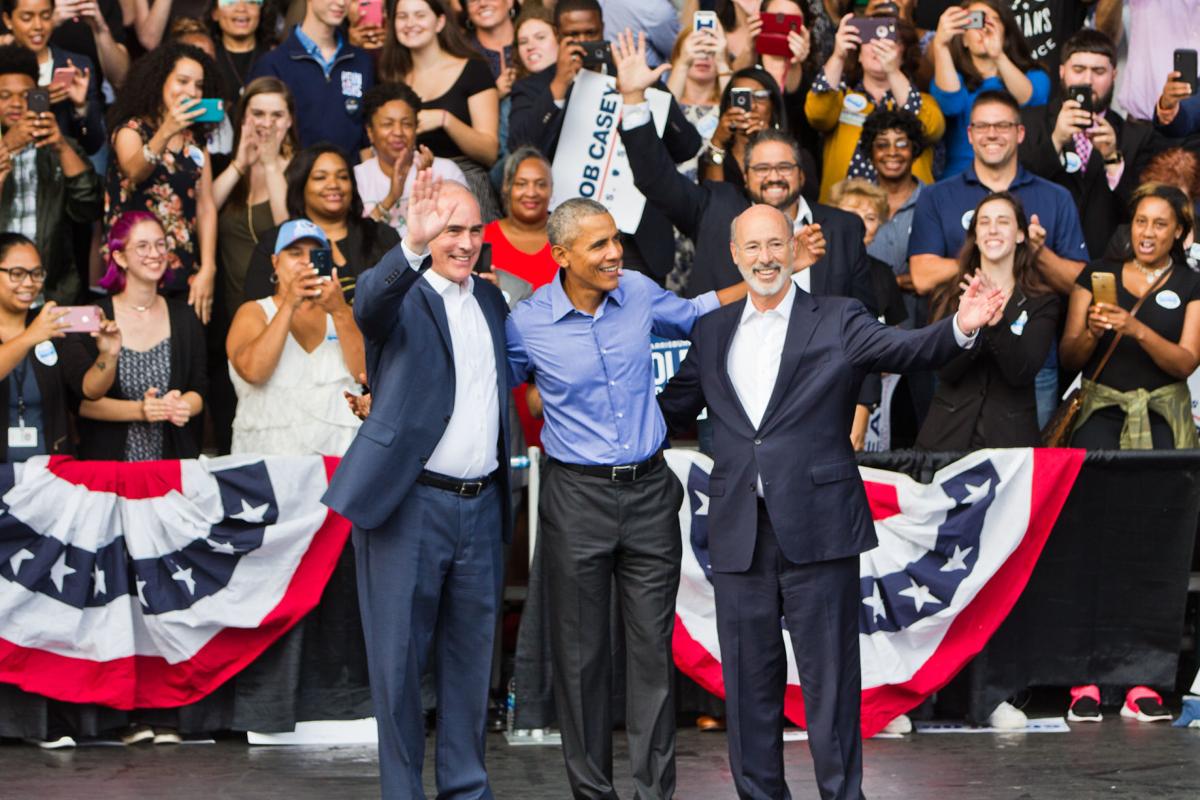 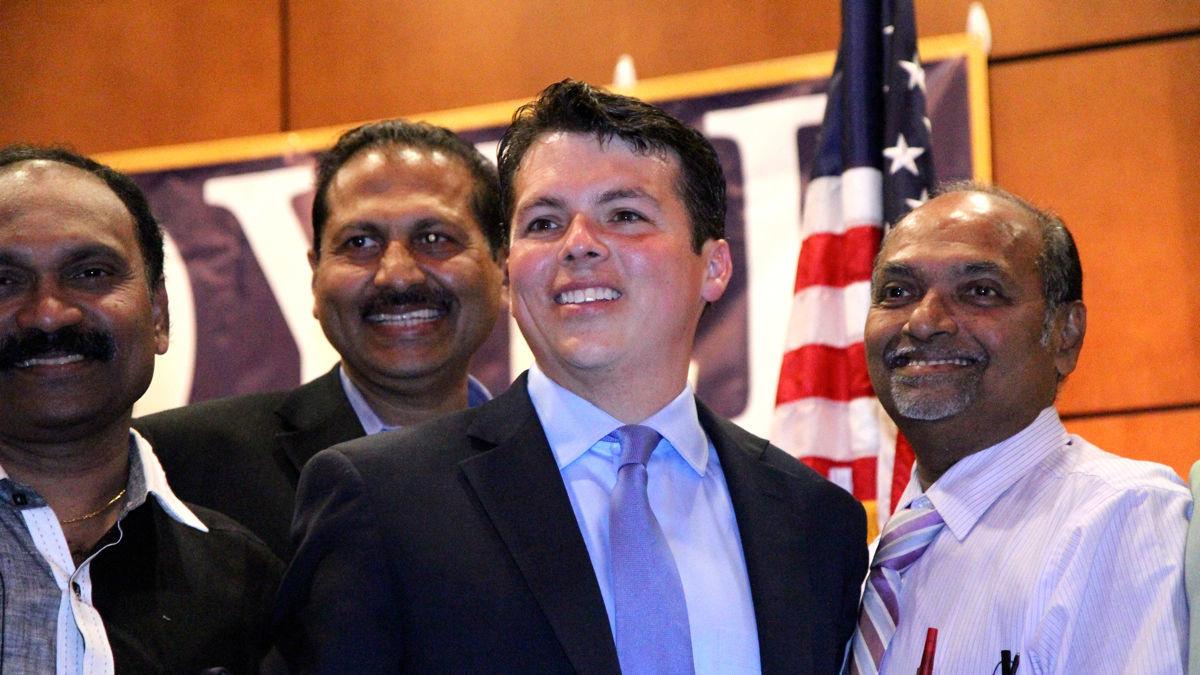 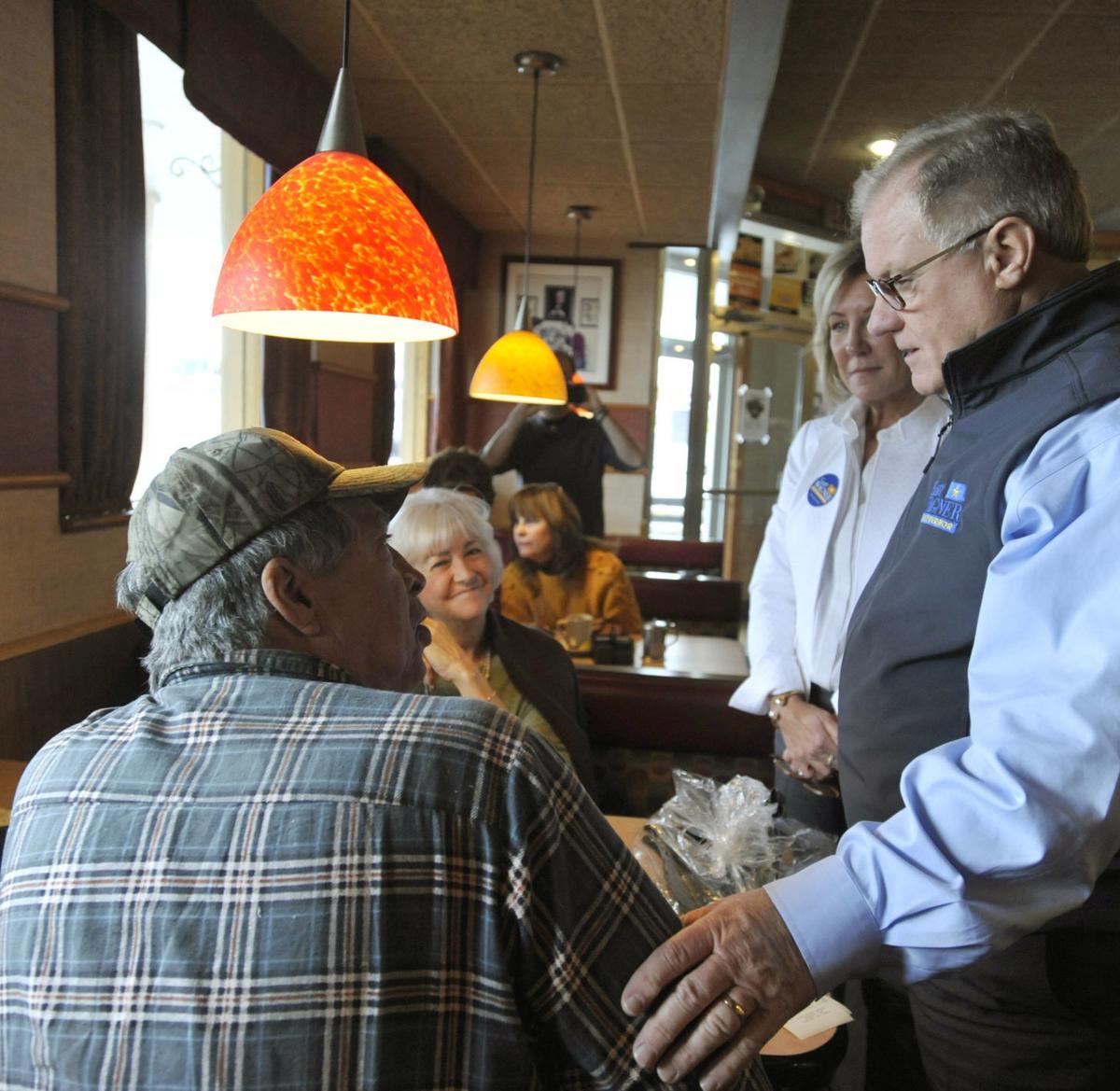 Pennsylvania gubernatorial Republican candidate Scott Wagner chats with Greg and Polly Simmons during a campaign stop at the Valley Dairy Restaurant in Johnstown on Monday. 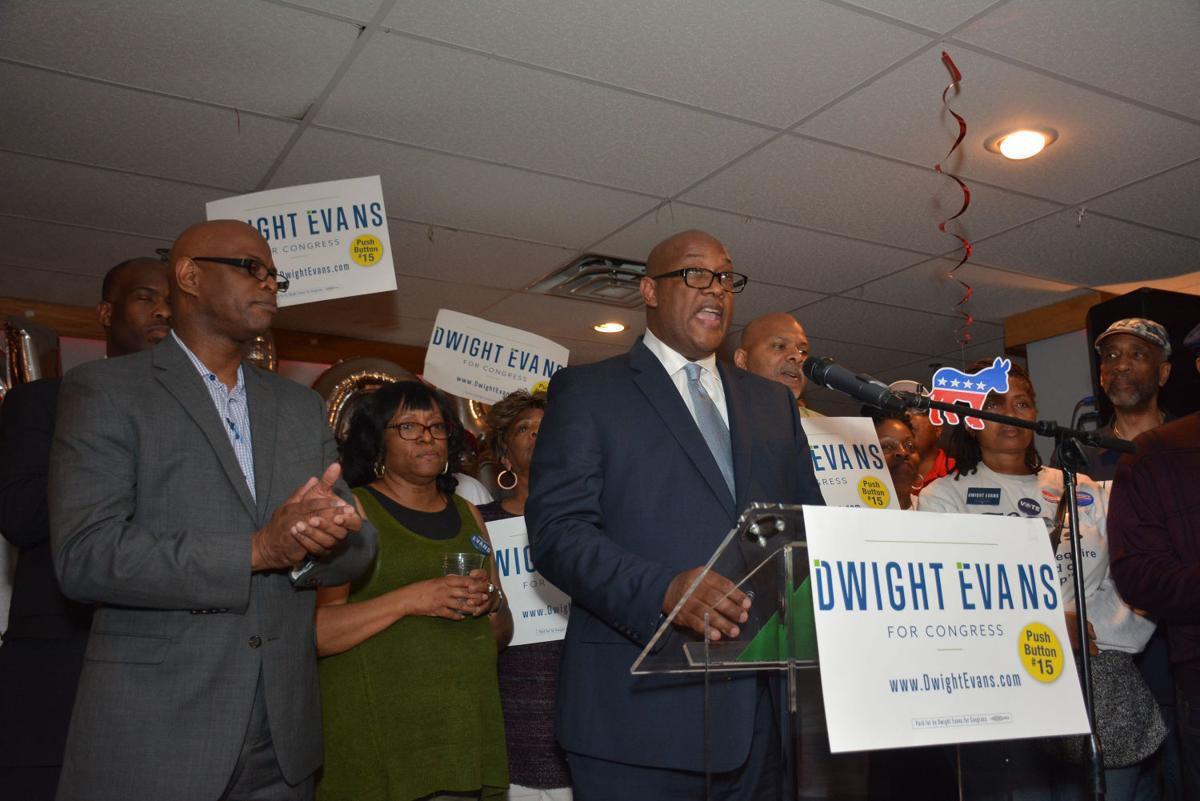 Pennsylvania gubernatorial Republican candidate Scott Wagner chats with Greg and Polly Simmons during a campaign stop at the Valley Dairy Restaurant in Johnstown on Monday.

The midterms are the first congressional elections since President Donald Trump was elected in 2016, and has enjoyed GOP majorities in both U.S. Senate and House of Representatives.

Much of Pennsylvania’s divided state government in Harrisburg also is on the ballot, including the governorship, half of the 50-member Senate and all 203 seats in House of Representatives.

Aaron Smith, host of “Wake Up With WURD” on WURD 96.1 FM, expected Trump and his polarizing politics to drive more voters to the polls.

Trump has “put a big spotlight on Congress,” said Rodney Muhammad, president of the Philadelphia chapter of the NAACP. “It’s caused a lot of people to pay attention to Congress.”

Polls are open Tuesday between 7 a.m. and 8 p.m. Registered voters can locate their polling places on the City Commissioners website, at www.philadelphiavotes.com.

Incumbent Democrat Brendan Boyle will seek re-election in the 2nd District against GOP challenger David Torres. In the 3rd District, incumbent Dwight Evans, a Democrat, will face off against Bryan Leib, a Republican. And Democrat Mary Gay Scanlon will compete against Republican Pearl Kim in the 5th District, which is mostly in Delaware County but includes portions of South Philadelphia, and Montgomery and Chester Counties.

In the state government, Gov. Tom Wolf is seeking re-election on the Democrat ticket with a new lieutenant governor candidate, John Fetterman, against Republican challenger Scott Wagner and lieutenant governor candidate Jeff Bartos; Paul Glover and Jocolyn Bowser-Bostick are running on the Green ticket, and Ken Krawchuk and Kathleen Smith are on the Libertarian ticket.

Three state senators who represent Philadelphia are on the ballot, but only the 4th District has a contested race, where incumbent Democrat Art Haywood, 61, will seek re-election against Republican challenger Ron Holt.

As for state representatives, six of the 26 districts in Philadelphia up for election are contested.

In addition, Philadelphia voters will be asked a single ballot question about whether to authorize the city to take on $181 million in general-obligation bonds to be issued to pay for investments and upgrades for municipal buildings, streets, parks, transit, and more.

Philadelphia remains a Democratic bastion in a state where Republicans have a commanding majority in the state Senate and House of Representatives. Registered Democrats in Philadelphia outnumber Republicans by nearly 7-1. In 2016, presidential candidate Hillary Clinton won the vast majority of city ballots, but Trump won the plurality of votes statewide.

In the most recent election, many Philadelphia voters stayed home: A mere 17 percent of registered voters cast a ballot in the May primary.

But some are expecting those figures to increase.

“We’re staring at, I think, an unprecedentedly large turnout,” he said on Monday.

But Madonna noted that a lack of contested congressional races could hamper turnout in Philadelphia where Democrats are heavily favored, whereas in the suburbs there are many hotly contested races.

“The Democratic challenge is to get their voters to turn out,” Madonna said.

To increase voter turnout in the city, Muhammad said the NAACP partnered with the city and AARP to air public service announcements on television in recent weeks. Muhammad said he has noticed an uptick in the number of organizations and people involved in getting out the vote compared to previous years.

“A lot of people got engaged this time to really work to see a better turnout in the midterms,” he said.

Rev. Jay Broadnax, president of the Black Clergy of Philadelphia & Vicinity, said Tuesday’s election was an opportunity for voters to reverse a “very negative tide happening in our country.”

“If we can mobilize and get people out to the polls, it gives us some momentum going into the next couple of years,” Broadnax said. “If people see that change is possible, then, I think, they will be encouraged to continue to participate in the process.”

Lauren Cristella, co-chairwoman of the League of Women Voters, said voter engagement has been up across the country in the lead up to the midterms, elections which are traditionally a referendum on the president.

Cristella said she was looking forward to seeing whether millennial voters turn out statewide, noting that the number of younger registered voters in Pennsylvania has surpassed those above the age of 65 for the first time.

“If that’s any kind of indicator about what we might see, I think it’s a positive one for younger engagement,” Cristella said.

Even though state Rep. Vanessa Lowery Brown was convicted on bribery charges last week, voters can count on seeing her name on Tuesday’s ballot.

Thirteen candidates will vie for six contested state House seats located in or partially in Philadelphia in the election Tuesday.

Three state senators will seek re-election on Nov. 6 but only one of the races will be competitive.

Despite a report that alt-right and white supremacist organizations will monitor polls where large numbers of people of color vote, Philadelph…

The Latest on Election Day in Pennsylvania

HARRISBURG, Pa. — The Latest on Election Day in Pennsylvania (all times local):