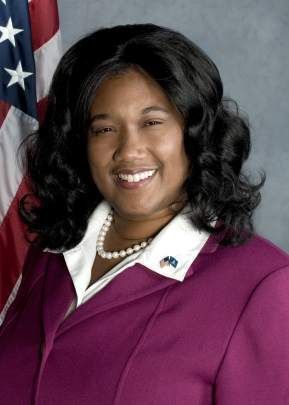 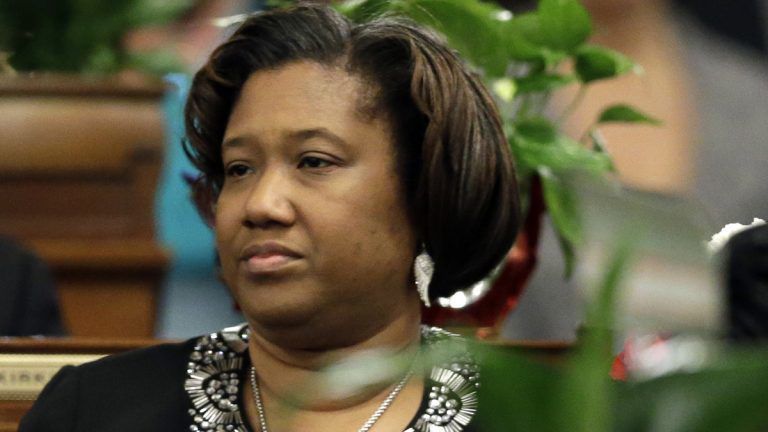 Even though state Rep. Vanessa Lowery Brown was convicted on bribery charges last week, voters can count on seeing her name on Tuesday’s ballot.

The Democrat, who represents the 190th District and is running uncontested for a sixth term, was found guilty of accepting a $4,000 bribe from an undercover informant seven years ago. Her conviction makes her constitutionally ineligible to hold the office.

The jury’s ruling came too late to remove Brown’s name from the ballot, said Wanda Murren, a spokeswoman for the state Department of State. Although Brown could petition the courts to remove herself from the race.

“The fact that this conviction comes at a very late date will cause confusion to the voters,” Tabas said, “because, while she’ll be on the ballot … the voters’ only choices are to either write in the name of a candidate or to be electing someone and voting for someone who is eligible under our Constitution to serve.”

House Democratic Caucus spokesman Bill Patton said politicos expect Brown to win re-election, but added: “We don’t expect her to be serving any part of that term.”

Brown’s sentencing hearing is scheduled for Nov. 28. Prosecutor Mike Sprow told the Associated Press that Brown could face up to nine months in prison.

The House Democratic Caucus expects Brown to submit her resignation before her sentencing, Patton said. If Brown has not resigned by the time she is sentenced, the House will move to expel her through a resolution, which requires two-thirds of its members to approve. A member who is expelled for corruption no longer is eligible to serve in either the state House or Senate. The next legislative term begins Dec. 1, but the first legislative session is scheduled for Jan. 1.

Patton said he did not expect an expulsion scenario to be initiated.

“Representative Brown is still a member of the House and her decision about when to depart is hers, but there are these House rules that will need to be followed,” Patton said.

Within 10 days of the vacancy, the state House speaker will set a date for a special election for the 190th District, which must occur no less than 60 days after the vacancy begins and no later than the May primary. Party ward leaders will choose the candidates for the special election.

If Brown resigns or is expelled, her pension will be at risk.

Brown would be eligible for a pension at the conclusion of her 10th year in office, a mark she would reach at the conclusion of this current term on Nov. 30 — two days after her scheduled sentencing. In addition, state law requires forfeiture of future pension and retirement benefits for those who commit certain crimes. A representative of the State Employee Retirement System did not return a request for comment.

Pat Casey, Brown’s lawyer, declined to comment, though he told a reporter last week that he planned to appeal Brown’s conviction.

U.S. Congressman Bob Brady, D-1, who is chairman of the Philadelphia Democratic Committee, said Brown “should do the right thing and probably resign.”

Brady added that he did not expect Brown’s conviction to negatively affect other candidates in the party in Tuesday’s election.

“The state rep’s responsible for what she does,” he said.

In May’s Democratic primary, Brown won a three-way race with nearly 65 percent of the vote, beating out candidates Ray Bailey and Wanda Logan.

The charges against Brown had been pending for several years.

The cases were brought by prosecutors in Philadelphia and Harrisburg after then-state Attorney General Kathleen Kane abandoned the investigation in 2013 when she concluded it improperly targeted Black officials. The case was revived by then-Philadelphia District Attorney Seth Williams.

In 2014, Brown acknowledged that taking the money was wrong when she testified before a grand jury. While she previously pleaded guilty in the case, she later changed her mind.

Four other former Philadelphia state lawmakers and a former traffic judge in the city, all Democrats, pleaded guilty or no contest to taking cash or gifts from informant Tyron Ali.

Three other sitting lawmakers at the time resigned as part of their pleas.

Democrats Kane and Williams later were convicted of criminal offenses related to their offices. Williams remains in federal prison; Kane is on bail while pursuing appeals.

On Election Day, 101-year-old Odath Baker’s daughter will take him to vote at his polling place at William D. Kelley School, which he can see …

Governorship, half of Senate, and all House seats up for grabs

The name of a Pennsylvania state representative convicted of criminal charges remains on Tuesday’s ballot, making it theoretically possible th…

State Rep. Vanessa Lowery Brown’s conviction on bribery charges did not deter voters in the 190th District from overwhelmingly re-electing her…

Convicted state Rep. Vanessa Lowery Brown apparently is refusing to resign after not submitting a letter of resignation from her $88,600 job, …