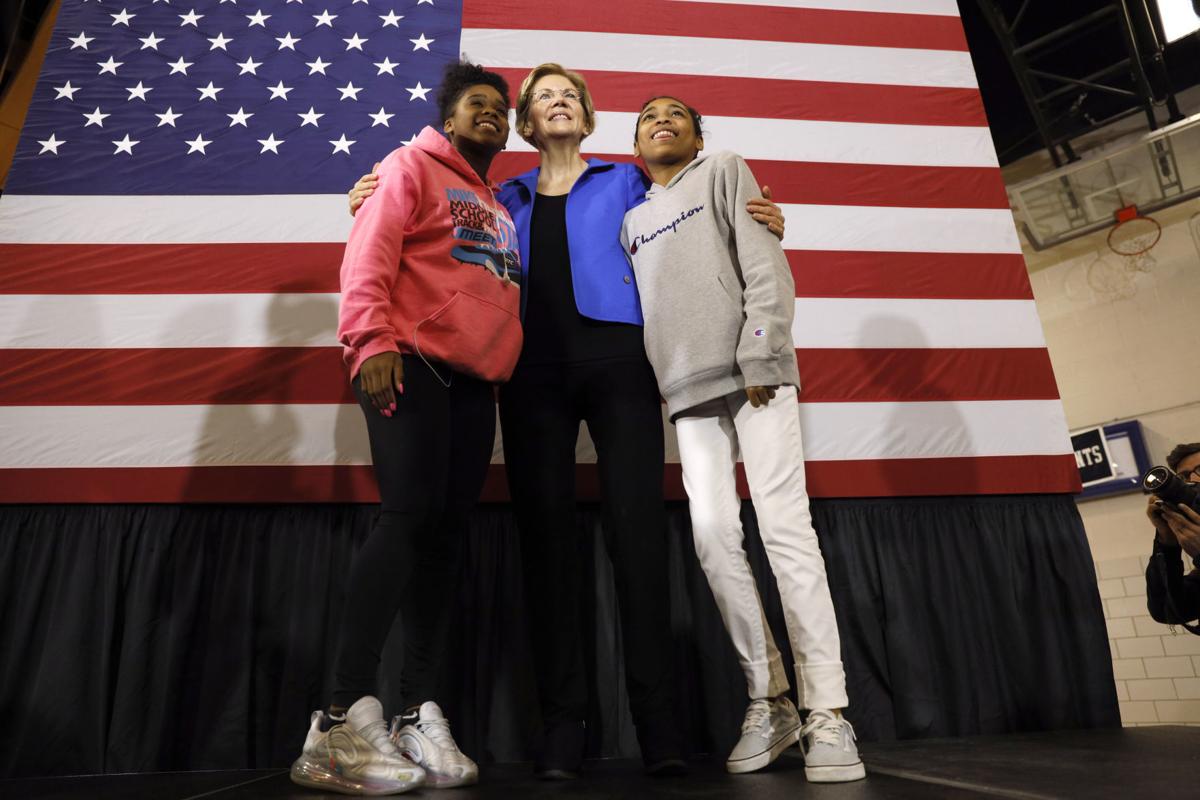 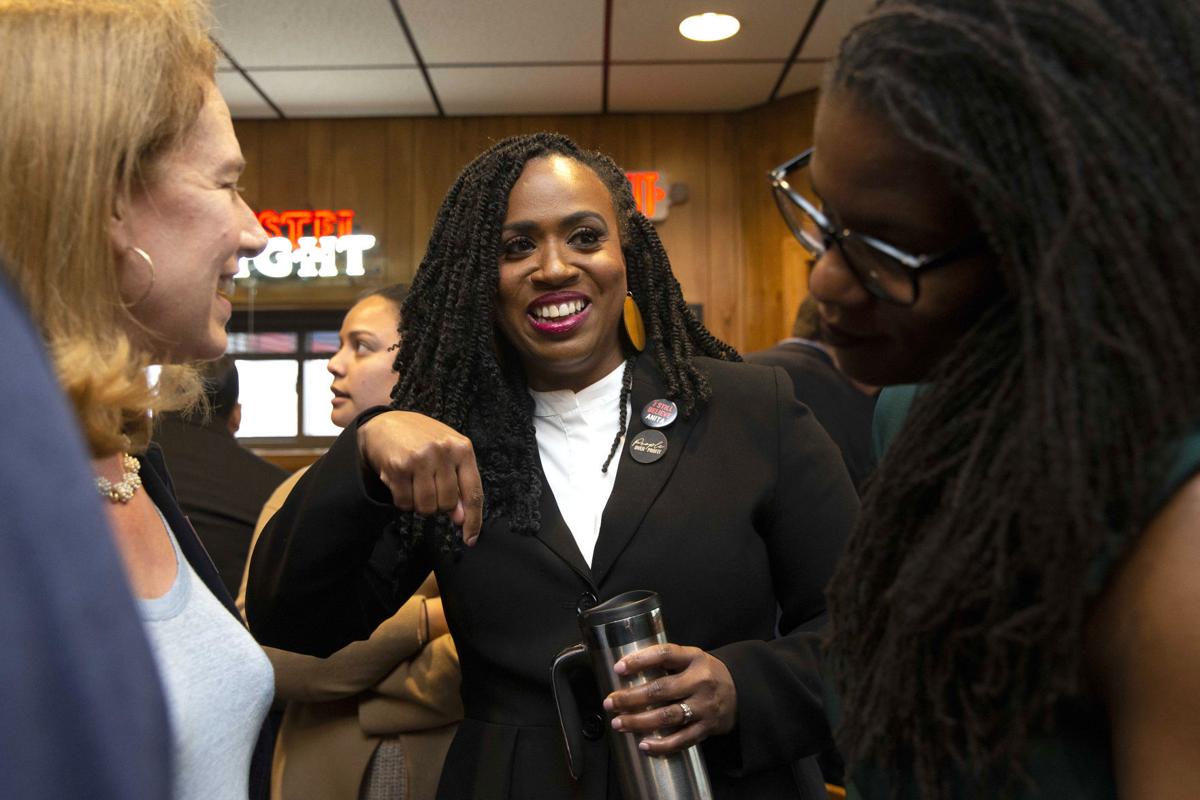 Rep. Ayanna S. Pressley of Massachusetts, the only member of the group of progressive first-term congresswomen nicknamed “the squad” who had not yet backed a Democratic presidential candidate, has endorsed Sen. Elizabeth Warren of Massachusetts, a longtime ally.

Pressley announced her decision in an email to supporters on Wednesday afternoon and released a corresponding video announcement.

“Elizabeth has made it her life’s work to pursue justice for working families and put economic and political power in the hands of people,” Pressley said in the statement. “We find ourselves in a fight for the soul of our nation, and I know Elizabeth can win it.”

In choosing Warren, Pressley provided her home-state senator with her most high-profile congressional endorsement to this point and avoided ruffling feathers in the closely knit Massachusetts Democratic Party.

She also split from her congressional cohort, as Reps. Alexandria Ocasio-Cortez of New York, Ilhan Omar of Minnesota and Rashida Tlaib of Michigan all endorsed the race’s other ardent progressive, Sen. Bernie Sanders of Vermont, last month.

Pressley was elected to Congress last year, after a grassroots, multiracial coalition lifted her to victory over Rep. Michael E. Capuano in Boston’s only majority-minority district.

She was the first Black woman elected to Congress from Massachusetts, and her endorsement gives Warren a prominent Black surrogate in a campaign that must gain traction with Black voters in order to overtake former Vice President Joe Biden in the race for the Democratic nomination.

Warren has done significant outreach to Black progressive groups and Democratic leaders over the past year — more than any other white candidate in the race. She earned the endorsement of the group Black Womxn this week.

The group calls Warren a “leader” and “partner” with a proven track record and understanding of structural racism and inequality who is willing to be held accountable.

The group’s director, Angela Peoples, said she hopes the endorsement will encourage other Black women to support the Massachusetts senator publicly.

However, recent polls still show her trailing Biden among Black voters by almost 30 points, and she lags in South Carolina, the early primary state where Black voters make up more than 60% of the electorate.

“I have seen Ms. Warren in small church basements and in packed gymnasiums,” Pressley said in her video. “And she is consistent. She never loses sight of the people.

“You’ve all heard about the senator’s plans — but here’s the thing,” she added. “Her plans are about power: who has it, who refuses to let it go and who deserves more of it.”

Pressley’s endorsement was a must-have for Warren, who has risen sharply in polls and fundraising over the last six months but has lagged in some traditional measures of party support, including endorsements from governors, big-city mayors or fellow senators outside Massachusetts. In recent weeks her campaign has sought to reverse that trend by lining up endorsements from anti-establishment progressive champions popular among the party’s left wing.

Warren also recently rolled out endorsements from two of the country’s most progressive district attorneys: Larry Krasner of Philadelphia and Rachael Rollins of Suffolk County in Massachusetts.

Krasner, who supported Sanders in 2016, received some blowback for endorsing Warren over Sanders, who remains in striking distance in most polls.

“I have not forgotten and no one should forget that Bernie Sanders, early in his prior campaign for president, said the only reason he ran was that he couldn’t persuade his friend Elizabeth Warren to run for president,” Krasner said in response. “I heard what he said, and I remembered what he said.”

While Ocasio-Cortez, Omar and Tlaib have become household names partly out of their willingness to upset the Democratic establishment, including House Speaker Nancy Pelosi, Pressley has gained a reputation as a cautious Capitol Hill operator.

Pressley, 45, was the first nonwhite woman elected to the Boston City Council in 2009 and had a robust local constituency before being elected to Congress. Unlike newcomers like Ocasio-Cortez, who speaks about how Sanders’ presidential run in 2016 helped motivate her to seek elected office, Pressley was a delegate for Hillary Clinton in the 2016 election and has close relationships with the party’s traditional power brokers. She is also considered a prospective candidate for Warren’s Senate seat should Warren win the White House.

Some in Massachusetts have speculated that Pressley could play the role of television surrogate for Warren, serving as a progressive ally who would implicitly counteract perceptions of her campaign as geared toward white elites. Ocasio-Cortez, Omar and Tlaib are helping play a similar role for Sanders, and have held rallies with him in their respective home districts of New York City, Minneapolis and Detroit.

In Massachusetts, where the congressional delegation only comprises Democrats and where a contentious Senate primary is currently underway, Pressley’s endorsement speaks to the high-stakes political game of who to back — and when. Pressley was not a part of the initial round of home-state endorsements during Warren’s campaign launch earlier this year, leading to speculation that she would sit out the presidential primary or back Harris, the 2020 race’s only Black woman.

Instead, Pressley joined Warren’s cause, politically cementing the informal friendship that has existed among them for years.

In 2018, when Pressley announced plans to run against Capuano, Warren stayed out of the race — a sign the grassroots campaign Pressley had built was exceeding expectations. Now, it’s Pressley playing power broker, as Warren seeks to usurp the establishment herself.

The New York Times. The Associated Press contributed to this report.

NEW YORK  — Election Day is over, but Michelle Obama is still trying to get out the vote.

A progressive organization is plunging itself into the presidential campaign, unveiling plans to spend $75 million on digital advertising to c…

COLUMBIA, S.C. — Kamala Harris is framing an upcoming campaign swing through early voting South Carolina around the voting demographic most so…