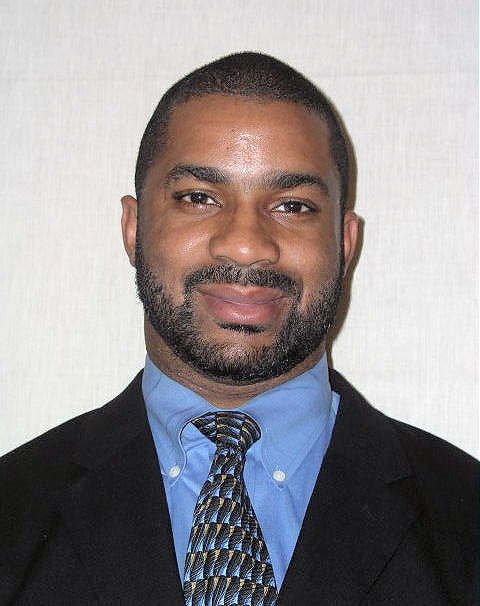 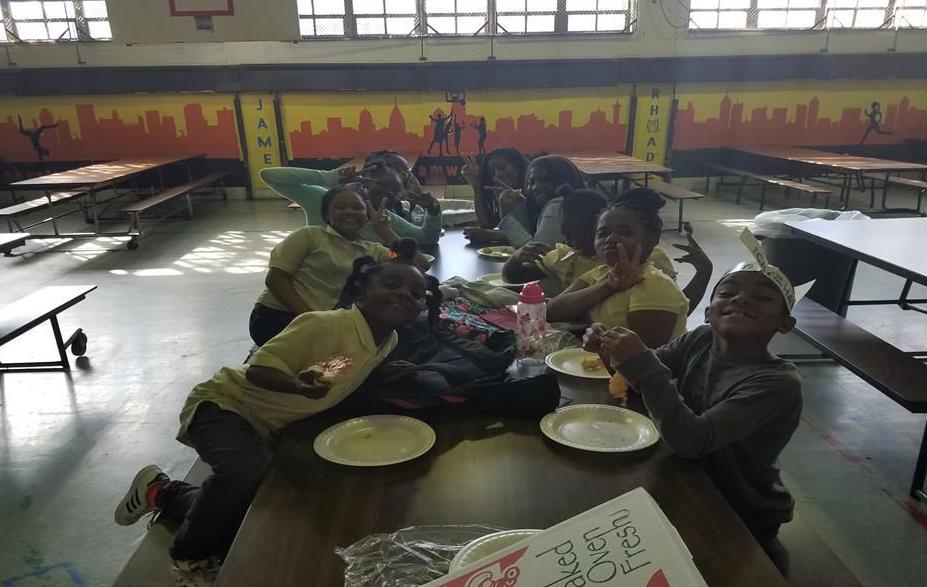 Nine students were awarded a pizza party after they participated in the “Rhoads Got Talent” on Feb. 23 at James Rhoads Elementary School, 4901 Parrish St. — Submitted Photo

Nine students were awarded a pizza party after they participated in the “Rhoads Got Talent” on Feb. 23 at James Rhoads Elementary School, 4901 Parrish St. — Submitted Photo

The event is being held by The Fellowship: Black Male Educators for Social Justice, an organization dedicated to advancing the development, recruitment and retention of Black male educators in Philadelphia’s public schools.

On the Eventbrite website, the group states: “There is a serious shortage of Black male educators in our schools, and all our children are worse of for it. Maybe you’re the answer. Whether you’re an experienced Black male educator looking for a new challenge, a college student weighing career paths or working in another field you just don’t find fulfilling, come to our career fair and hear about your options, meet with mentors and talk directly with people looking to hire.”

Two city public schools had to cancel classes after a PECO outage that affected at least 20,000 customers and caused traffic headaches in the area.

Philadelphia High School for Girls, 1400 W. Olney Ave., and E.W. Rhodes Middle School, 2900 W. Clearfield St., were closed on Wednesday due to a power outage caused by the substation blaze near Fox Street. After-school activities, including athletic programs and professional development sessions, also were canceled for the day.

The substation fire and subsequent outage on Tuesday afternoon left PECO customers without power in parts of of North Philadelphia, Mount Airy and Germantown for nearly 24 hours.

‘A Day Without a Woman’ observed at some schools

The Philadelphia Federation of Teachers President Jerry Jordan along with City Council members Helen Gym and Bobby Henon joined teachers and staff on Wednesday during “A Day Without a Woman” observance at H.A. Brown Elementary School, 1946 E. Sergeant St.

Women teachers at Taylor Elementary School, 3698 N. Randolph St., also joined in the show of solidarity by not going to work and hoped to send a message to the School Reform Commission, which oversees city schools, and Superintendent William R. Hite that teachers have gone too long without a contract.

“Seventy-six percent of teachers nationwide are female, so women’s issues of inequality and unfair pay applies to the entire teaching profession,” said Michelle Gainer, a fifth-grade teacher at Taylor. “Teachers earn approximately 88 cents to the dollar when compared to occupations that require similar levels of education and comparable skills, according to government studies.”

The family of charter schools reported that it had received 2,830 applications for 100 open spots for the next academic year.

She will represent the state in a national contest that runs from April 24 to 26 in Washington, D.C.

The state champion will receive $200 from the Poetry Foundation and an expenses-paid trip to the national meet. A total of $50,000 in scholarships and school stipends will be awarded to the national champion, with at least one $20,000 award.

Students at the school are served breakfast in their classrooms every day. The school is among 40 campuses in the district that serves breakfast to more than 70 percent of its students.

“Children cannot learn when they’re hungry and their basic needs are not met,” Kenney said in a statement. “Food insecurity affects far too many Philadelphians and we must all work together to address it.”

The district’s Operations Division has expanded breakfast menu options to include healthy items such as parfaits, smoothies and rebel crumbles, a student-produced breakfast cake filled with fruit.

“Beginning the day with a nutritious breakfast is key,” added Hite in a statement. “Students who eat a healthy breakfast typically learn better and perform better in school than those who go without breakfast.”

Members of the Delaware Valley Association for Education of Young Children convened for a conference.

The “Wonder of Words” convention was held Friday and Saturday at the the Perelman Quadrangle at the University of Pennsylvania.

The keynote speakers were the writing and illustration team of Andrea Davis Pinkney and Brian Pinkney, as well as Pedro Noguera from the Graduate School of Education and Information Studies at The University of California, Los Angeles.

Southwark is part of the mayor’s Community School initiative funded by the city’s new sweetened beverage tax. The event featured Jose Medina, from the Center for Applied Linguistics, and an educational panel discussion with the city’s Chief of Education Officer Otis Hackney.

“Rhoads Got Talent” was held Feb 23 featuring nine student participants. It was the result of more than 30 students being selected from two days of auditions conducted in November.

Student registration will open in May for for the GSK “Science in the Summer” program, which returns to local libraries for its 31st year.

The program will introduce a new course, “The Science of Sports.”

“We are thrilled to bring this exciting learning opportunity back to children throughout Philadelphia this year with a brand-new curriculum developed in partnership with The Franklin Institute,” Marti Skold-Jordan, manager of Community Partnerships at GSK, said in a statement. “This program was born in Philadelphia three decades ago from GSK’s commitment to supporting STEM education and every year since it has continued to grow and improve to remain fresh, engaging and relevant for children here and across the country.”

The program is taught by local teachers in 120 libraries throughout Bucks, Chester, Delaware, Montgomery and Philadelphia counties. It is open to students entering grades 2 through 6 in the 2017 school year.

Every gesture from the youth is meaningful, as they show their attitude towards everything that is happening around. by the way, they use several websites payforessay.net review that help them to simplify their studying.