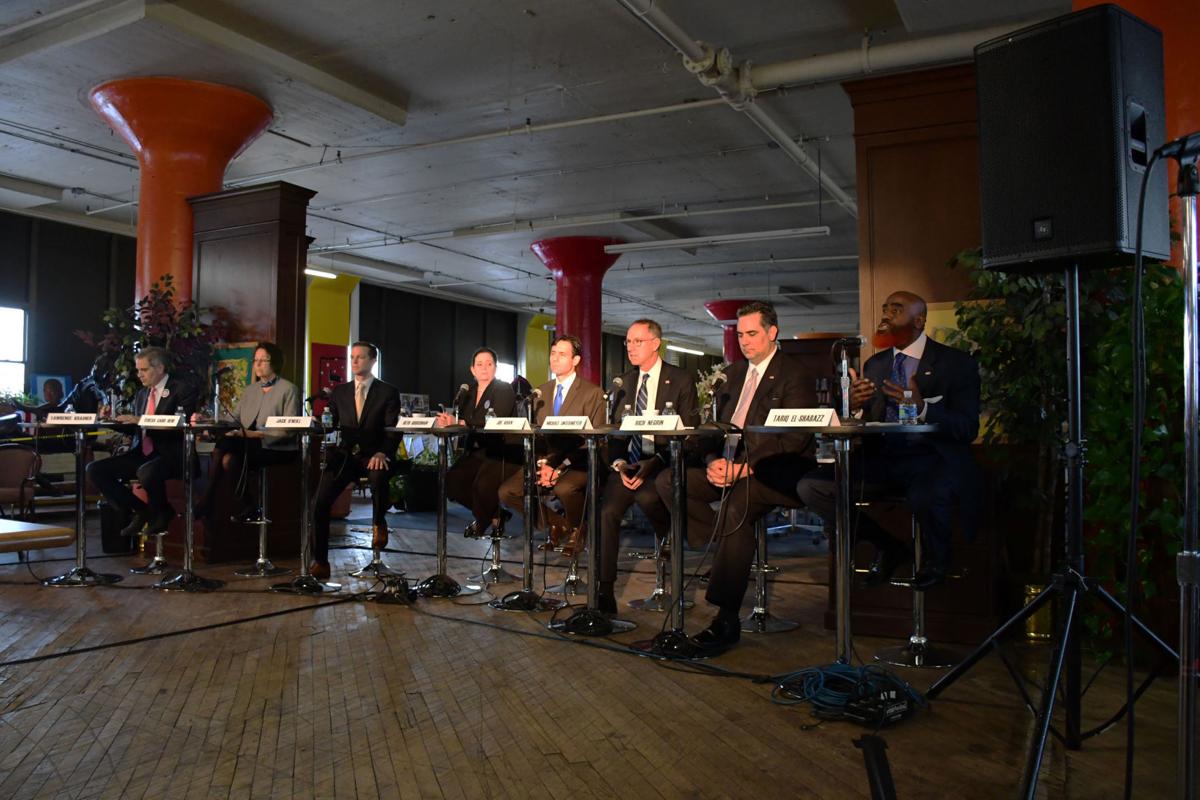 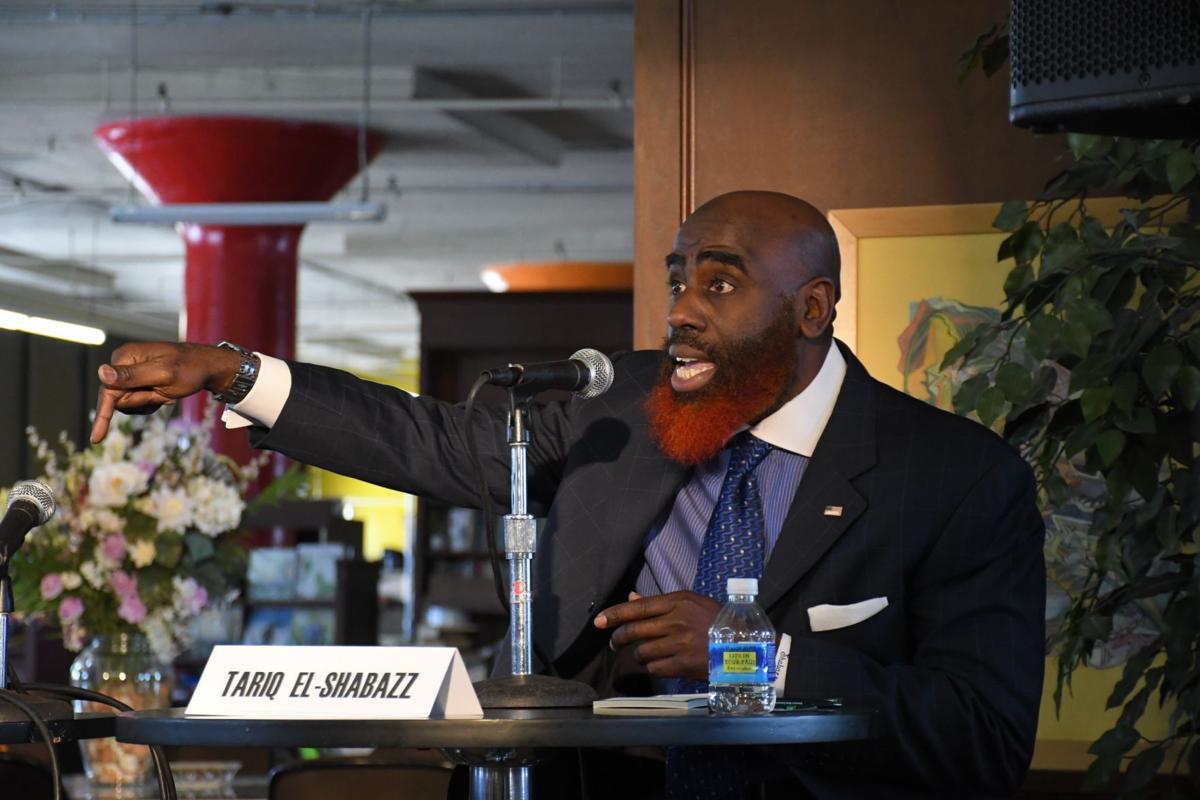 Despite similarly progressive-sounding goals—mentoring youth, ending mass incarceration, the death penalty as a waste of resources—candidates still managed to conflict clearly on a number of issues.

Civil rights attorney Krasner stood apart from his competitors with his lack of tenure in government. El-Shabazz, the only Black candidate in the race and one dogged by reported tax issues, blasted the other candidates repeatedly for what he described as a lack of knowledge about existing initiatives within the D.A.’s office.

“Never have so many people who know so little spoken so much,” El-Shabazz said of his colleagues at one point toward the end of the forum.

As the first deputy district attorney up until February, El-Shabazz painted himself as an on-the-ground candidate who already has contacts in street-level organizations making a difference within their communities, and yet an attorney who understands the inner workings of the D.A.’s office.

He disagreed most directly with Krasner, the civil rights attorney endorsed by activist lawyer Michael Coard, Asa Khalif of Black Lives Matter and other groups.

Krasner touted his 25 years of work outside the government on the progressive issues every candidate mentioned.

About progressive reforms, Krasner said, “It’s the kind of thing I’ve been saying for 25 years, not 25 minutes.”

He held to his commitment not to seek the death penalty, one no other candidate would commit to completely, and called for economic equity.

Each candidate managed to set themselves apart, though, mostly in their delivery.

“I am the progressive prosecutor,” Khan declared simply.

“The District Attorney’s Office is not listening to us,” Untermeyer said emphatically, standing during his time to talk.

Republican Grossman said she wants to help revamp Philadelphia’s entire political machine that has for too long been dominated by the Democratic party.

O’Neill, who worked at the D.A.’s office for a decade talked about expanding and investing in the more progressive programs that already exist. He praised focused deterrents, an initiative established under District Attorney Seth Williams, along with mental health court which began in 2008.

El-Shabazz too, praised assistant district attorneys already working in the office, and what he called “pre-entry programs” for youth, including his work at Graterford Prison.

Riding high on his recent endorsements from the Fraternal Order of Police, the Guardian Civic League and the Spanish American Law Enforcement Association, Negrin left in the midst of the forum. He cast himself as a candidate who understands the private sector from his career with Aramark and the public sector from his roles within government including as the city managing director.

“During our administration, homicides dropped by 36 percent,” Negrin said.

Negrin also won the top position on the ballot, in the lottery for ballot positioning that took place Wednesday. Joe Khan drew the second position while Untermeyer will appear third on the ballot. El-Shabazz, Krasner, Carr Deni and O’Neill took the fourth, fifth, sixth and seventh ballot positions, respectively.

Despite fine performances by most of the candidates throughout the entire forum, it was the clash between El-Shabazz and Krasner that took center stage—El-Shabazz as the “victim advocate” working from within the government and Krasner as the candidate representing Philadelphia’s underdog working from without—both candidates glaringly vying for support from communities of color.

At the end of the forum, candidates shook hands, laughed and talked. But Krasner greeted El-Shabazz without a smile.