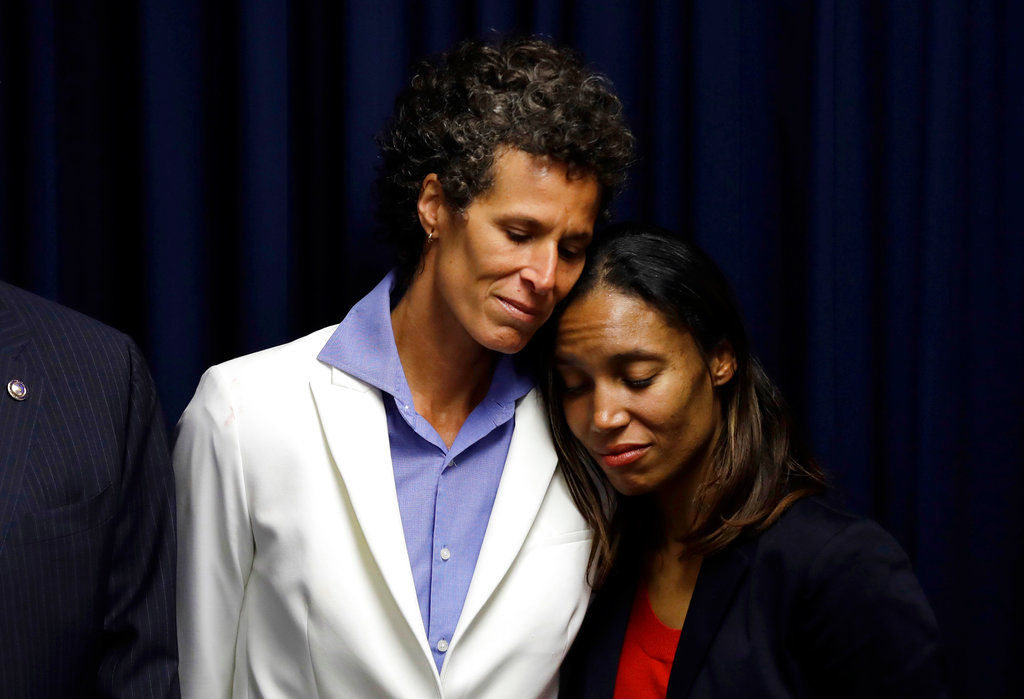 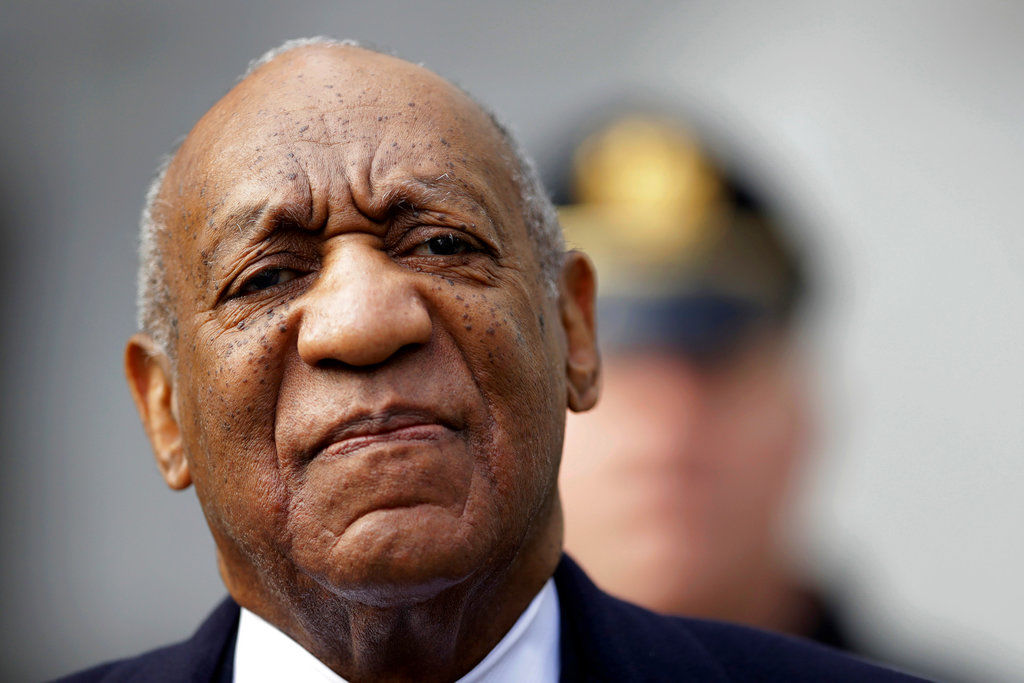 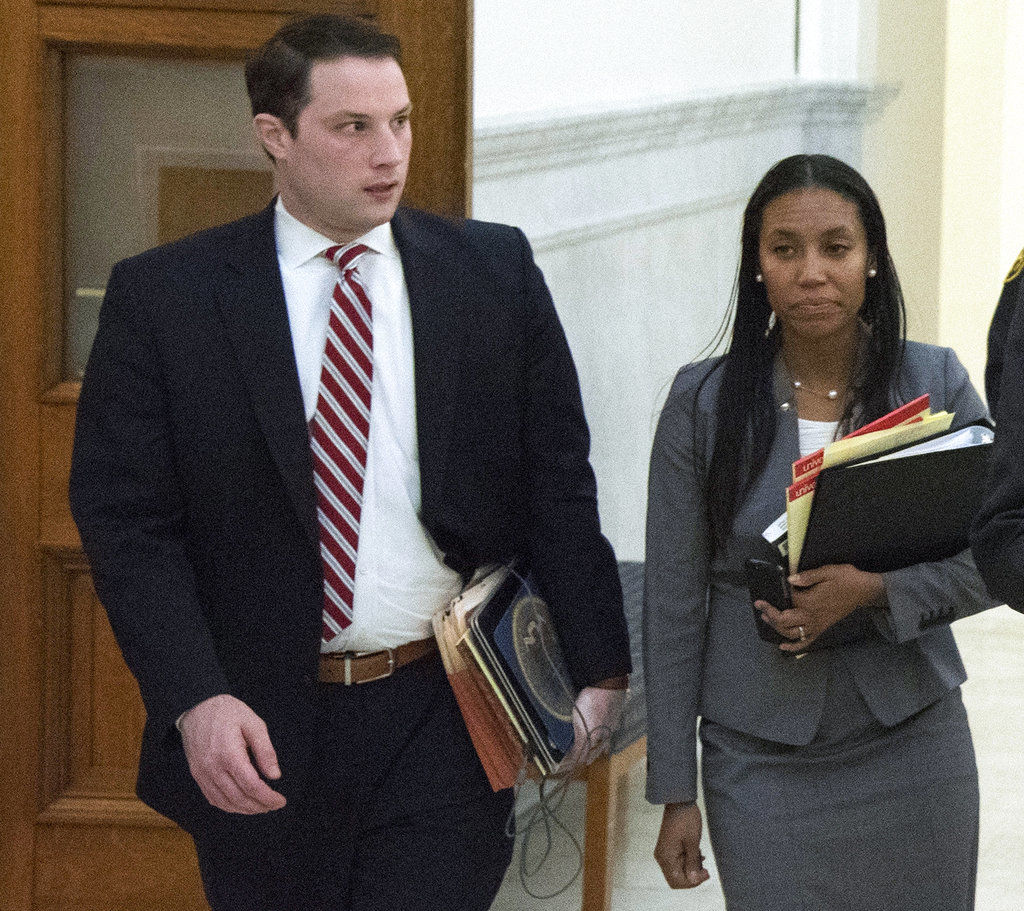 PHILADELPHIA — Speaking out for the first time, the jury that convicted Bill Cosby at his sexual assault retrial said Monday it found the comedian's chief accuser to be "credible and compelling," adding its verdict had nothing to do with the #MeToo movement or any another factor outside the courtroom.

The jury wrote in a statement that it had "absolutely no reservations" about convicting Cosby of three counts of aggravated indecent assault. The youngest member of the panel, meanwhile, said in a separate TV interview that the comedian's own words about giving women quaaludes before sex in the 1970s sealed his fate.

Andrea Constand, now 45, testified that Cosby gave her three blue pills that knocked her out and then molested her at his home in 2004. The defense said it was consensual.

Cosby settled Constand's civil suit for nearly $3.4 million in 2006, and his lawyers claimed at trial that she had framed him for the money.

But the jury rejected the defense argument.

"Simply put, we were asked to assess the credibility of Ms. Constand's account of what happened to her, and each one of us found her account credible and compelling," said the jury statement, which was dated Sunday and distributed Monday.

Juror Harrison Snyder, 22, told ABC that Cosby's 2005 deposition was the evidence that made him believe he was guilty.

"I think it was his deposition, really. Mr. Cosby admitted to giving these quaaludes to women, young women, in order to have sex with them," Snyder said on "Good Morning America."

Snyder said it "wasn't an open and shut case," but added he had no doubt the jury reached the correct verdict Thursday.

The investigation into Cosby was reopened in July 2015 after a federal judge, acting on a request from The Associated Press, unsealed portions of Cosby's deposition testimony from the civil suit he settled with Constand. In the testimony, which was read to jurors at both trials, he described giving quaaludes to women before sex in the 1970s. Cosby also described his sexual encounters with Constand, a Temple University women's basketball administrator.

Five other women testified at the retrial that Cosby had drugged and molested them as well, but Snyder said they weren't a factor in his decision.

"I don't think it really necessarily mattered that these other five women were here because he said it himself that he used drugs for other women," he said.

In its statement, the Cosby jury said its decision was not influenced in any way by factors other than what was seen and heard in the courtroom.

"After thoughtful and meticulous consideration of the information and evidence provided to us, we came to our unanimous verdict," the jury said. "Not once were race or the #MeToo movement ever discussed, nor did either factor into our decision, as implied in various media outlets."

Cosby, 80, is now a prisoner in his own suburban Philadelphia home and faces the prospect of spending the rest of his life behind bars as he awaits sentencing, likely within the next three months. His publicist has declared his conviction a "public lynching," and his lawyers have vowed to appeal.

"This is what they wanted," Cosby told the New York Post's Page Six after his conviction. He referred to prison as "that place."

The Associated Press does not typically identify people who say they are victims of sexual assault unless they grant permission, as Constand has done. — (AP)

Cosby’s downfall gives new life to the issues he raised