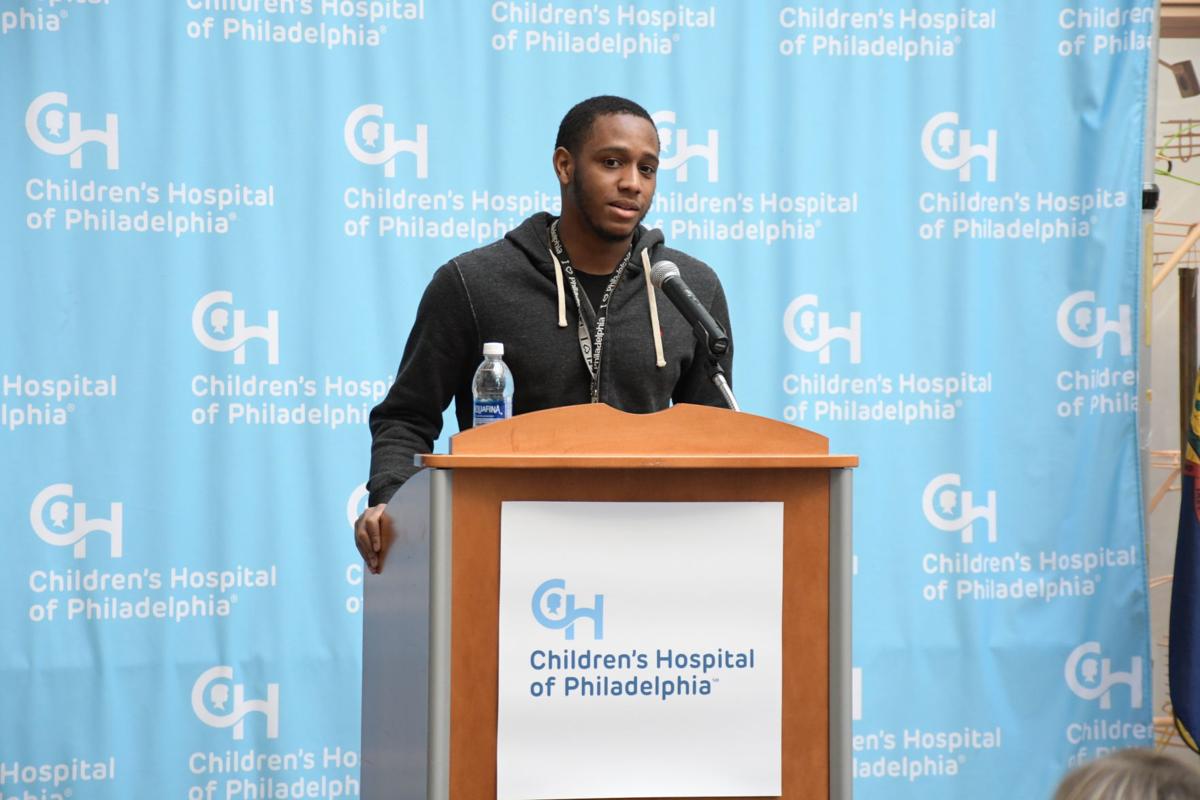 CHIP recipient Tyler Rhoden speaks about how he has benefited from the insurance coverage during an event held at the Children’s Hospital of Philadelphia. 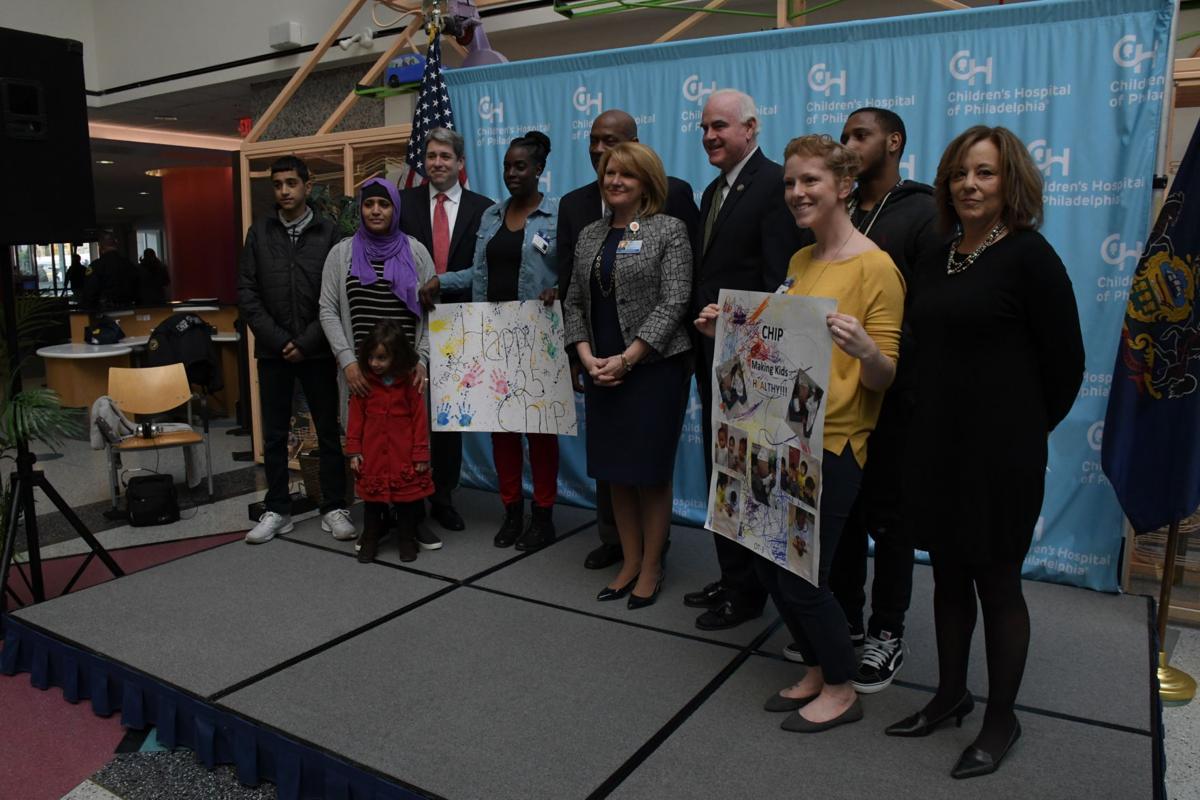 CHIP recipients, and advocates along with politicians and health care officials attend an event on Monday to mark the 25th birthday of the CHIP program. — ABDUL SULAYMAN / TRIBUNE CHIEF PHOTOGRAPHER 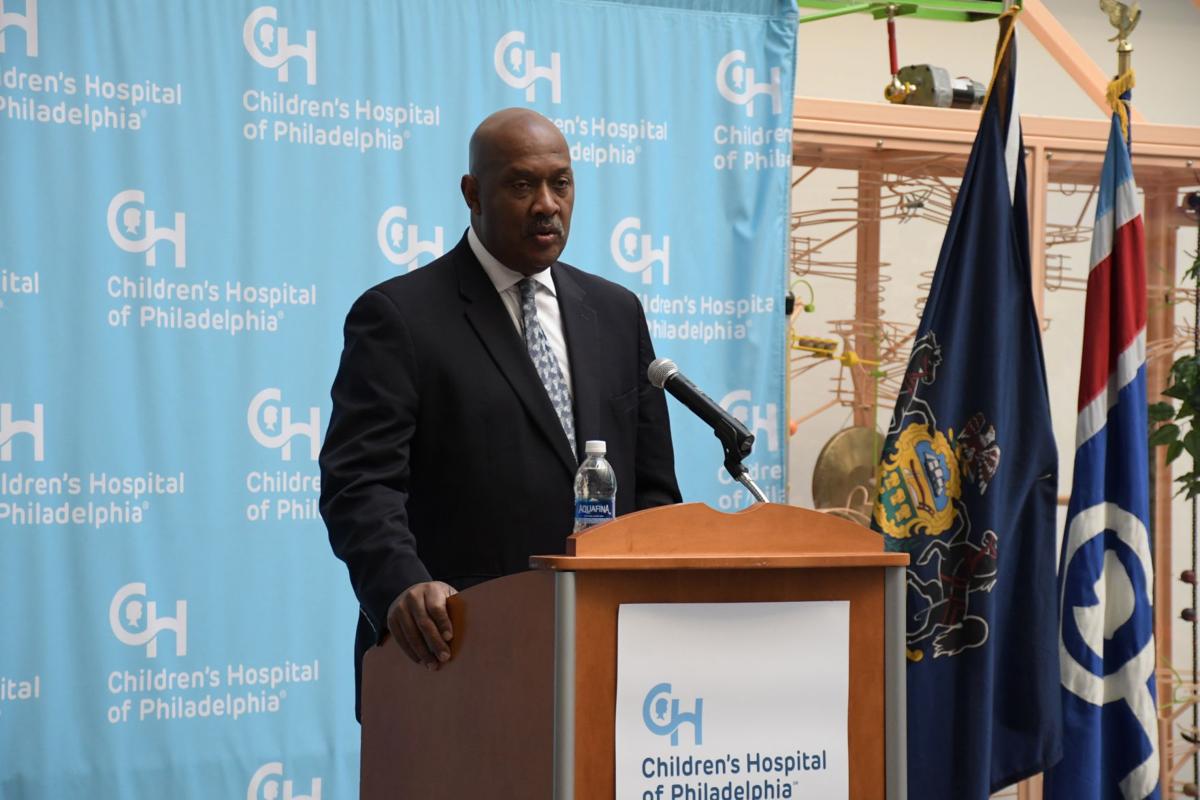 CHIP recipient Tyler Rhoden speaks about how he has benefited from the insurance coverage during an event held at the Children’s Hospital of Philadelphia.

CHIP recipients, and advocates along with politicians and health care officials attend an event on Monday to mark the 25th birthday of the CHIP program. — ABDUL SULAYMAN / TRIBUNE CHIEF PHOTOGRAPHER

About 176,000 kids in Pennsylvania face the possibility of losing their coverage through the Children’s Health Insurance Program (CHIP)

Federal funds are expected to run out early next year if Congress does not reauthorize CHIP, a program currently serves nine million children nationwide.

CHIP provides funding for families who are not eligible for medical assistance, but cannot afford healthcare on their own. CHIP has always had bipartisan support, however Congress failed to renew the program when it expired at the end of September.

Politicians, CHIP recipients and physicians advocated for Congress to reauthorize the initiative during an event held on Monday to mark the 25th anniversary of Pennsylvania approving the CHIP program.

U.S. Reps. Patrick Meehan and Dwight Evans have been fighting for CHIP to receive funding. During the event held at the Children’s Hospital of Philadelphia, Evans highlighted the importance of politicians working across the aisle to ensure that the program is reauthorized.

“It’s clear to me that the only way we are going to do anything in Washington D.C. is when we work together,” Evans said.

“It’s very important that we send a message to the people that we intend to get this done. I think it’s unfortunate that it has gone on as long as it has but I think that my colleague and I — Pat Meehan — realize that this is something that has to get done. This is non-negotiable. “

For Tyler Rhoden, a senior at Parkway West High School, being covered by CHIP has ensured that he remains healthy. During his freshmen year in high school he sustained a grueling ankle injury while playing basketball.

“I went through a long recovery that could have been avoided if I had the proper health insurance,” he said.

“I am so grateful right now that I have CHIP. It really confuses me how Congress can’t pass CHIP – something that helps to so many children throughout Pennsylvania make sure that they are happy and healthy.”

“What I want our legislators and Pennsylvanians to know is this issue of CHIP has gotten greater urgency because more and more families can’t afford coverage for their children,” he said.

PolicyLab, which develops solutions to improve child health, has researched the health insurance decisions working parents are making on behalf of their children.

“We saw almost a 50 percent increase in the number of families who actually had to go to the CHIP program to obtain coverage for the children across the country and in states where CHIP wasn’t an option, we saw families make that very difficult choice not to insure their children, “ Rubin explained.

For Na-Tasha Sanders, the CHIP program enables her 14-year-old daughter who has asthma and mental health issues, to receive the medical care that she needs. Her daughter has been covered by CHIP for the last eight years.

“My concern is that I have a child that has pre-existing medical conditions and without CHIP assisting us with the medical care I would not be able to afford her medical prescriptions,” Sanders said.

As a program coordinator for the Maternity Care Coalition’s Healthy Start program, she works with women who have infant children. Sanders is concerned about the well-being of her clients and their babies who receive CHIP.

“Babies get sick and without this insurance, I am really scared for my client population that we serve,” Sanders added.

The Congressional Budget Office estimates it will cost the federal government $8.5 billion to keep the program going during the next five years.

“This is the first time CHIP has ever been held up without any money,” said Donna Cooper, executive director, Public Citizens for Children and Youth (PCCY).

“This is a breakdown in the U.S. Congress as its responsibility to the children of this country. This has never happened before and once this passes, we need to make sure it never happens again.”

She noted Congress decided to pass tax legislation while holding up re-authorization of the CHIP program.

“When Congress starts to tell us now that they can’t pass this bill because it’s not paid for, we need to tell Congress you may want to have a double standard, but certainty don’t do it when it comes to kids,” Cooper said.