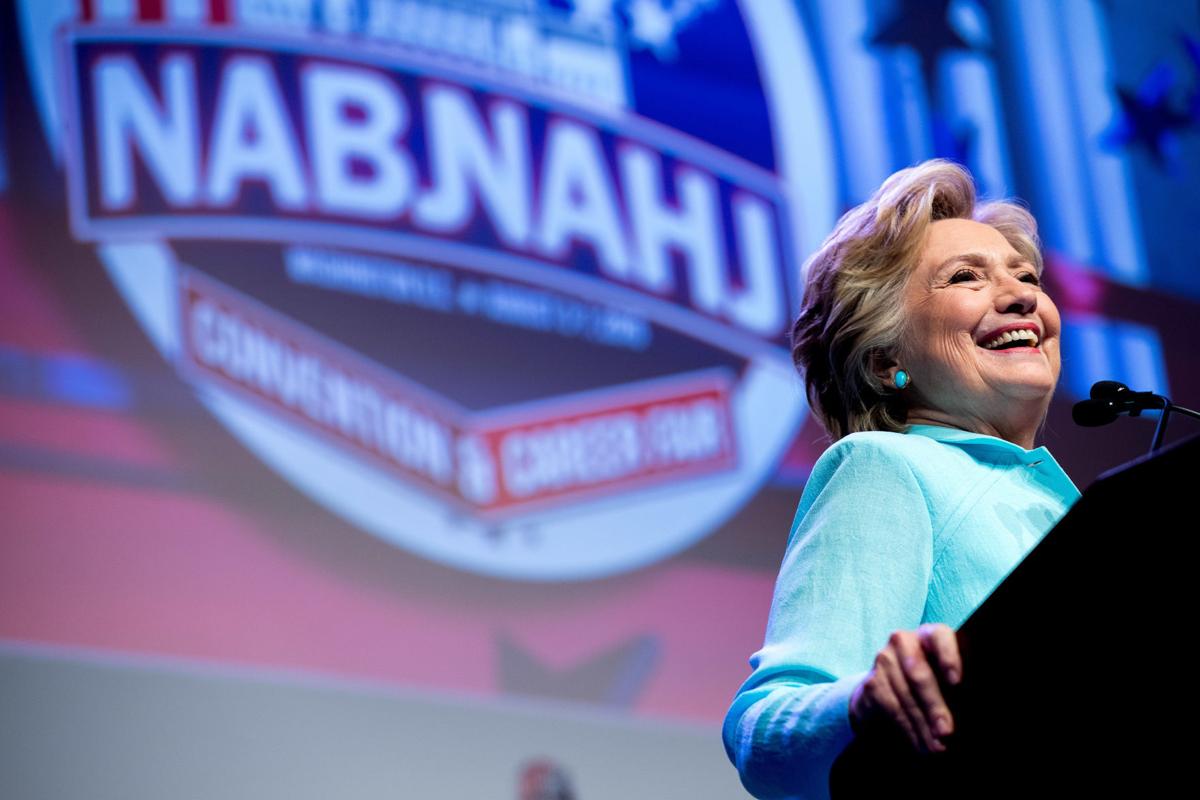 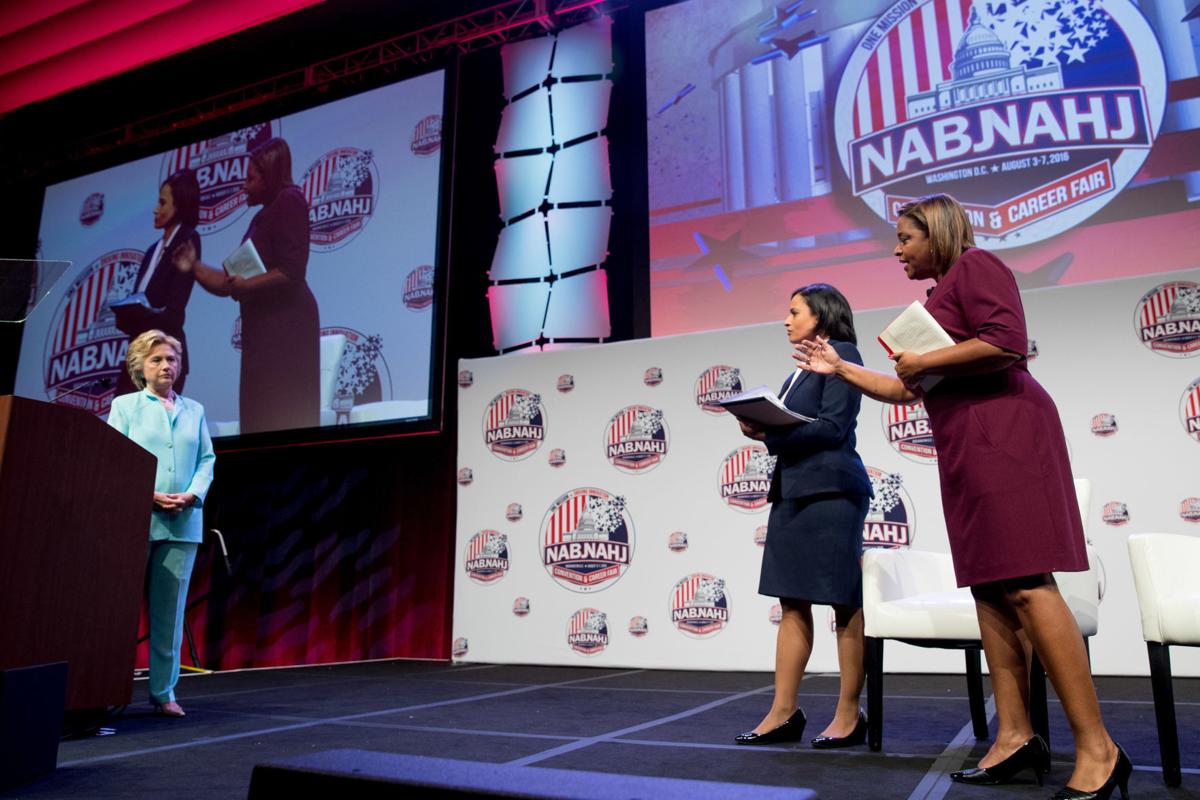 NABJ President Sarah Glover described it as the “largest press conference with any presidential candidate before a room filled with journalists of color” when introducing Clinton. It was the first time since accepting the Democratic nomination that Clinton had met with major organizations representing communities of color.

The event — stemming from a collaborative week-long conference and career fair between NABJ and NAHJ — offered the nominee a chance to outline her plans for a number of issues, including what she would do as president on the economy, education and investment in job growth.

Formatted as a “press conference” before Black and Latino journalists, invitations had been relayed to both Democratic and Republican presidential nominees. Moderator duties were split between NBC News’ Kristen Welker and Telemundo’s Lori Montenegro, who both pitched several questions to the former secretary of state before turning to a few pre-selected journalists in the audience.

Donald Trump rejected his invitation to NABJ/NAHJ 2016, as previous GOP nominees, such as Mitt Romney in 2012 and former President George W. Bush before him.

Hence, Clinton was able to provide a sharp, contrasting and relatively unchallenged picture of what her administration would do on a number of key concerns for Black and Latino voters. She acknowledged the economy was still in recovery and that communities of color were disproportionately hit hardest by recent slumps.

“It has been said that when the economy catches a cold, communities of color get pneumonia,” Clinton said. “The Great Recession hits our whole country hard, but the toll was especially difficult for Black and Latino families. Black wealth was cut in half. And during these past 18 months, people across our country have described to me how hard it has been to get back on their feet in an economy that is still not working the way we all want to see it, and barriers of systemic racism make that harder.”

Clinton took the first several minutes of her appearance to tread through a string of high-level policy prescriptions. With shout outs to President Obama and praise for his management of the economy, Clinton also added in a hat tip to Congressional Black Caucus dean and House Minority Assistant Leader Rep. James Clyburn (D-SC) on his proposed 10-20-30 anti-poverty plan.

“In my first 100 days as president, we will work with both parties to pass the biggest investment in new, good-paying jobs since World War II,” Clinton said. “I am a big fan of Congressman Clyburn’s plan steering 10 percent of federal investment to neighborhoods where 20 percent of the population has been living below the poverty line for 30 years. We need that kind of focused, targeted investment in urban places wherever Americans have been left out and left behind.”

Moments later, Telemundo’s Montenegro pressed Clinton hard on immigration reform and what she would do differently from the Obama administration.

Optimistic that Democrats are poised to retake “seats in the House” and retake the majority in the Senate, Clinton described an “increasingly favorable” political landscape allowing for passage of a comprehensive immigration reform bill. “Remember, when Marco Rubio was for it and people in the Senate worked hard and achieved it?” Clinton asked. “If it had been allowed to come for a vote in the House, it would have passed.”

NBC’s Welker then asked Clinton whether or not “mischaracterizing [FBI] Director Comey’s testimony … is undercutting your efforts to rebuild trust with the American people?”

“The director had said that my answers in my FBI interview were truthful,” Clinton responded. “That is the bottom line here. I have said during … many other occasions over the past months that what I told the FBI, which he said was truthful, is consistent with what I have said publicly.”

Clinton’s enthusiasm numbers, according to the latest YouGov demographic breakdowns, are much higher among African-American and Latino voters compared to whites. Nearly 90 percent of Black voters have signaled they’ll support Clinton in November, along with 64 percent of Latinos.

It’s also been among one of the better weeks for Clinton since the end of a bruising Democratic primary fight with Sen. Bernie Sanders (D-VT). As Republican opponent Donald Trump appeared to implode all week from a devastating string of self-inflicted wounds, Clinton was riding on a wave of positive post-convention polling news averaging her from six to 12 percentage points ahead of Trump. A Fox News poll gave her a 10 percent national lead while a recent Franklin and Marshall University poll gauging Pennsylvania, a must-win state for either candidate, showed Clinton ahead by 11 points. Even in solidly red Southern states like Georgia, Clinton leads Trump by 4 points in the latest Atlanta Journal-Constitution poll.