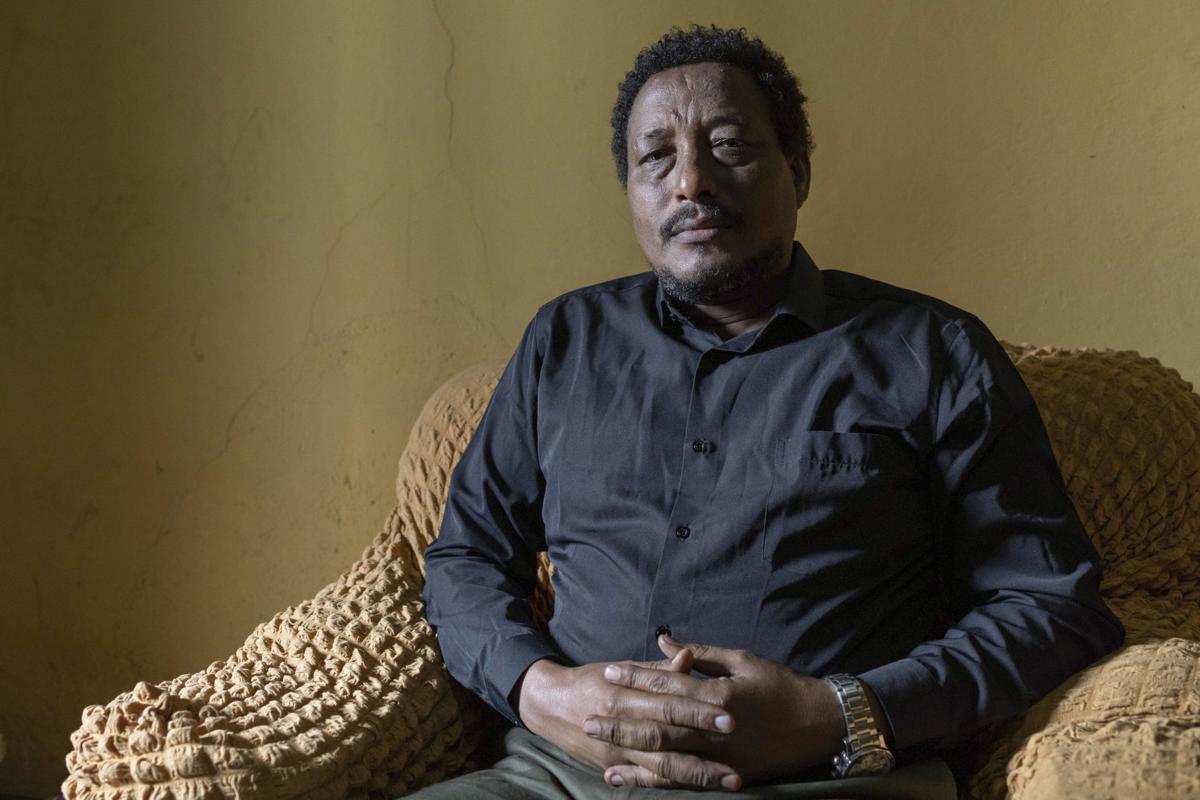 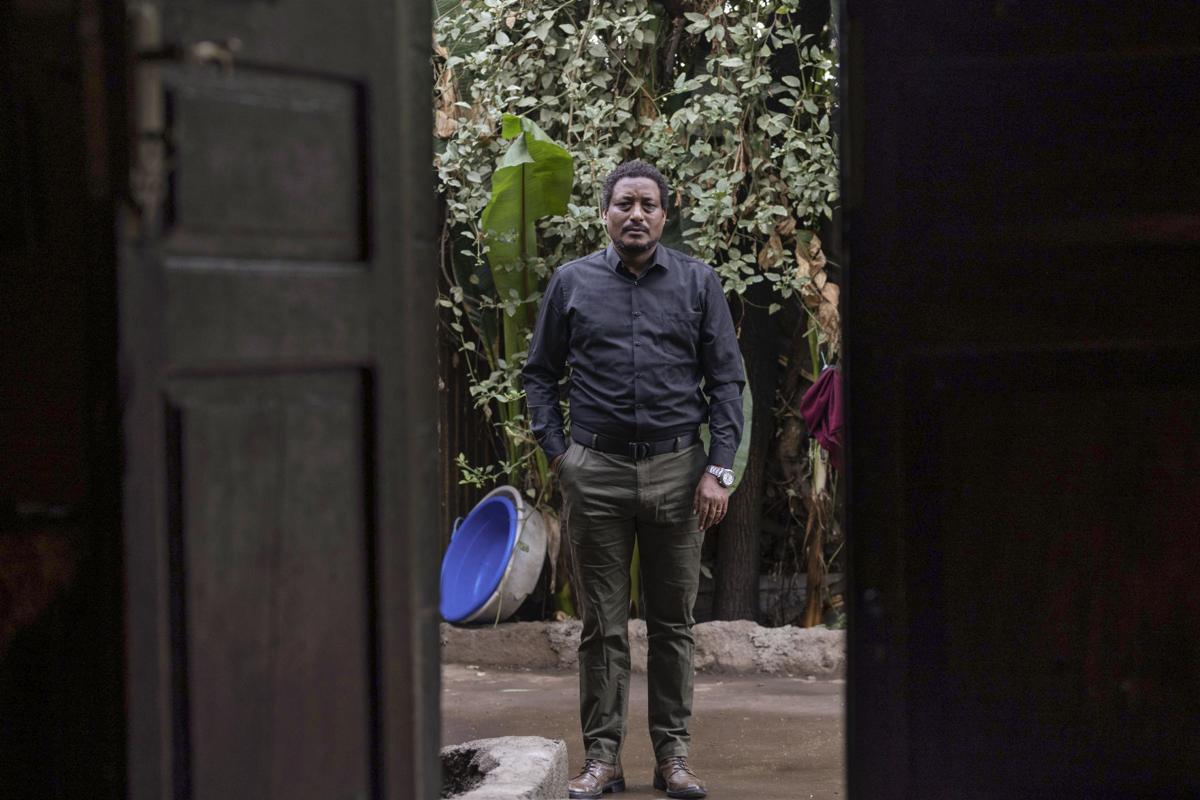 NAIROBI, Kenya — Ethiopia has swept up thousands of ethnic Tigrayans into detention centers across the country on accusations that they are traitors, often holding them for months and without charges, the AP has found.

The detentions, mainly but not exclusively of military personnel, are an apparent attempt to purge state institutions of the Tigrayans who once dominated them, as the government enters its sixth month of fighting in the Tigray region. Detainees, families and visitors spoke of hundreds or even more than 1,000 people in at least nine individual locations, including military bases and an agricultural college.

The government of Nobel Peace Prize winner Abiy Ahmed acknowledges that it has locked up a small number of high-level military officials from the Tigrayan minority. But the AP is reporting for the first time that the detentions are far more sweeping in scope and more arbitrary, extending even to priests and office workers, sometimes with ethnic profiling as the sole reason.

A military detainee told the AP he is being held with more than 400 other Tigrayans, and lawyers are not allowed to contact them. Even families can’t visit. The AP is not using his name for his safety but has seen his military ID.

“They can do what they want,” he said on a smuggled phone. “They might kill us….We are in their hands, and we have no choice but to pray.”

Many of the military personnel were not combatants but held jobs such as teachers and nurses, according to interviews with 15 detainees and relatives, along with a lawyer and a camp visitor. Civilian employees of state-owned companies also have been held. The arbitrary locking up of non-combatants is against international law, according to the International Committee of the Red Cross, which has met with family members of detainees but declined to answer questions.

Conditions vary, but some detainees are given just one meal a day and crowded dozens to a room in sweltering metal shelters, at a time when COVID-19 infections are rapidly rising in Ethiopia. Families worry that needed medications are withheld. Detainees and families the AP tracked down did not directly witness beatings or other such physical abuse, but almost all asked not to be identified out of fear for their lives.

Once detained, the Tigrayans often end up in Ethiopia’s opaque military justice system. That means they can lose the right to private lawyers and face judges who one lawyer said tend to hand out the maximum penalty. With fewer means to challenge their detention, detainees say they feel helpless, their fate in the hands of the people who accuse them of treason.

One Tigrayan living in the United States said she could understand war between soldiers but objected to the detention of two cousins with non-combat roles in communications and peacekeeping. One hasn’t been seen or heard from since November.

“Is the danger in their blood? In their DNA?” she asked. “I thought they were Ethiopians.”

The mass detentions and house arrests are an extension of the war in the Tigray region marked by massacres, gang rapes, expulsions and forced starvation, which witnesses call a systematic effort to destroy the Tigrayan minority of more than 6 million. The detentions are all the more striking because Abiy was once praised for releasing thousands of political prisoners in a country long known for locking up people deemed a threat.

Tigrayans are further targeted by state media reports amplifying the government narrative of pursuing Tigray “criminals” and their supporters.

Family members of detainees are sometimes stripped of their jobs, kicked out of military housing and subjected to frozen bank accounts.

Tigray leaders were prominent in Ethiopia’s repressive government for nearly three decades and are blamed by Abiy and others for fostering sometimes deadly ethnic politics, but they were sidelined when he took office in 2018.

After national elections were delayed last year, they held their own vote in Tigray and called Abiy’s government illegitimate. Ethiopia then accused Tigray fighters of attacking a military base and launched an offensive, unleashing a war that has killed thousands.

Ethiopia’s government is “only after the top leadership” of Tigray’s former rulers, the minister for public diplomacy at the country’s embassy in Britain, Mekonnen Amare, told the AP. “So there is no such thing as mass detention or mass abuse of rights.”

But in a leaked video posted online earlier in the war and verified by the AP, a senior military official said of Tigrayans, “We had to clean out our insides. … Even if there may be good people among them, we can’t differentiate the good from the bad. To save the country, we made it so they were excluded from doing work.” Now the security forces were “completely Ethiopian,” Brig. Gen. Tesfaye Ayalew said in what appeared to be an internal briefing.

Ethiopia’s attorney general’s office, which has said it would set up a hotline to report ethnic profiling, did not respond to questions from the AP, and neither did a military spokesman. The U.S. State Department said it could not confirm reports of people detained in camps, but noted that it has paused most security assistance to Ethiopia because of concerns over the Tigray crisis.