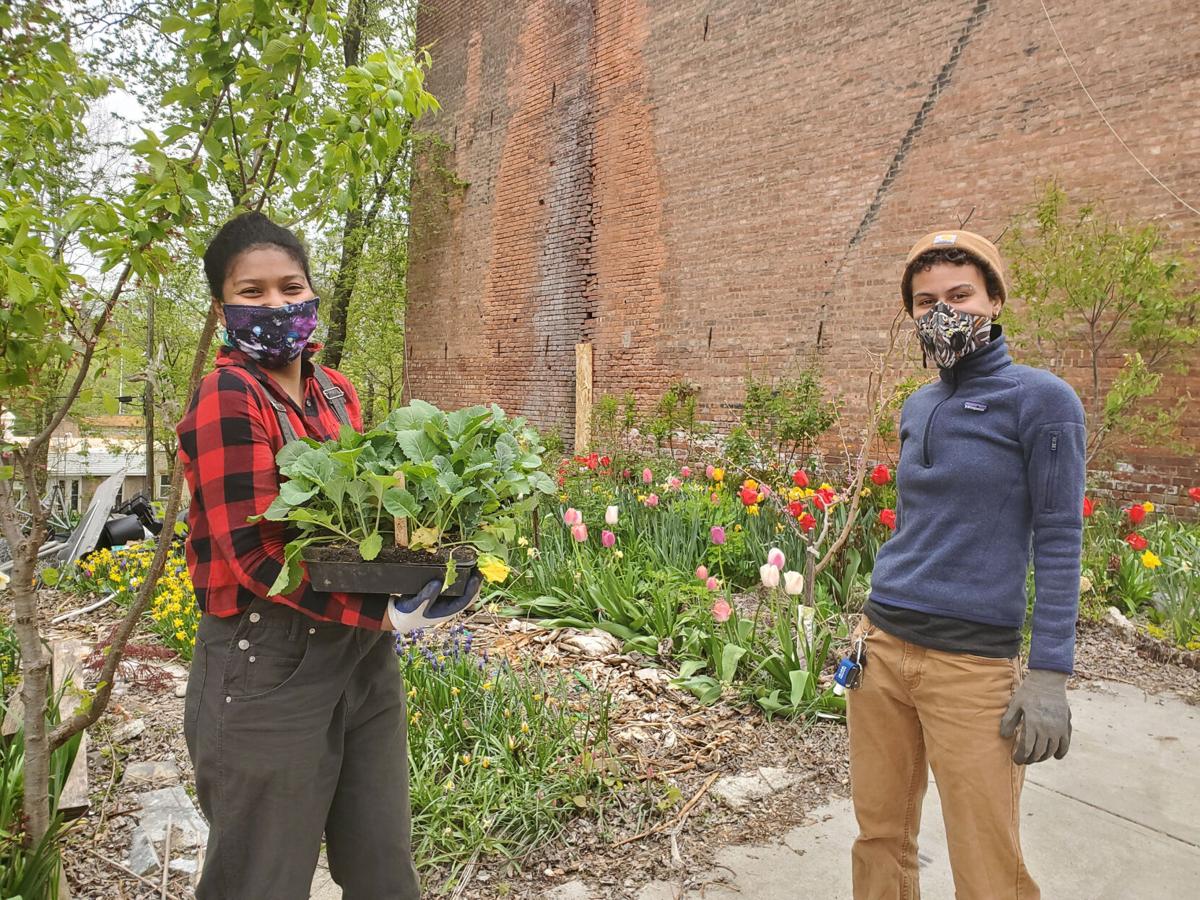 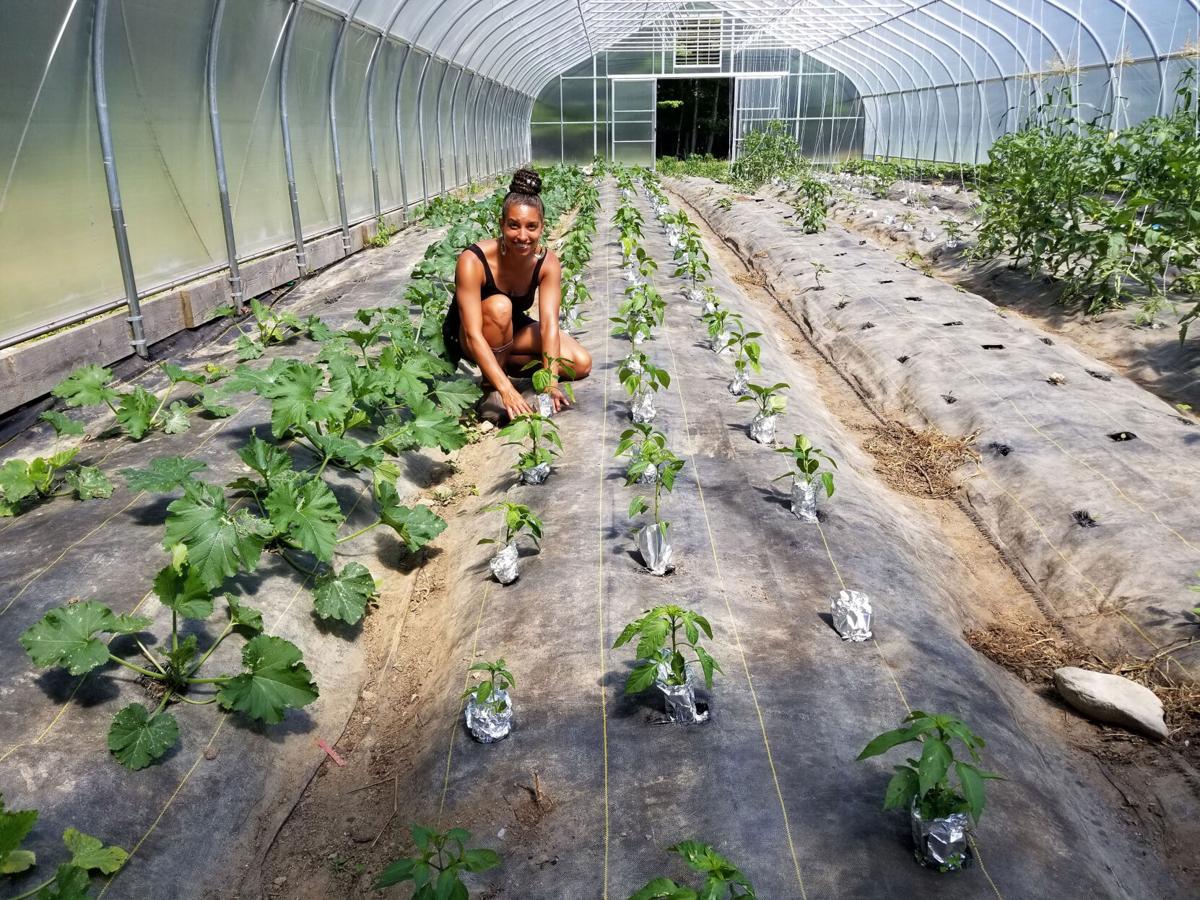 Visitors to the Soul Fire Farm Facebook page on Friday afternoons will find a virtual farming lesson in session.

For the past several weeks, Leah Penniman, co-director and farm manager at Soul Fire in Rensselaer County, New York, has been speaking to fellow Black farmers about their work and offering tips to viewers as part of a weekly "Ask A Sista Farmer" event.

During a recent Friday session with Jacqueline Abena Smith, a city gardener, questions poured in through the comments section. "My jalapeño plant has yet to give me peppers," one person wrote. "What might I be doing wrong?" Another asked about the best way to develop good soil in a city garden, another about how to start a micro-floral farm. Many thanked Penniman and her guest, heartily, for their help.

There were only 45,500 Black farmers — roughly 1.3% of all US farmers — in the United States in 2017 according to the most recent USDA Census of Agriculture. A century ago that figure was much, much higher. In 1920, the USDA counted 925,708 Black farmers, amounting to about 14% of all farmers at the time. Over the years, Black farmers have been driven off their land and faced discrimination from the Department of Agriculture.

But a new generation of young Black farmers is getting into the business. New farmers who have expressed interest in Soul Fire Farm's programs are often motivated by "a cultural reclamation," Penniman said.

"We are the grandchildren and great grandchildren of those who fled ... all of the oppression associated with life on land in the South," she said. "There's a bit of our cultural heritage and our soul heritage left behind."

It's also a way to help provide food to Black communities, which often suffer disproportionately from food insecurity, Penniman said. "[They're] thinking that becoming farmers would allow them the means to be able to provide food to those who need it most in the community."

A recent study published by Northwestern's Institute for Policy Research found that during the pandemic, food insecurity for US households with children has hit Black and Hispanic respondents particularly hard.

"We're still in a place of needing to figure out how we self-determine around our food systems in Black communities," Whitney Jaye, strategic initiatives coordinator at the Southeastern African American Farmers Organic Network, said. She added that many Black Americans may want to find ways "to create alternative systems to the ones that we see aren't serving us," and see supporting Black farmers as one way to do so.

Jaye described farming as a calling.

"My ancestors were rice cultivators in coastal Carolina," she said, adding that she was drawn to farming not just because of her roots, but because of a broader historical tradition of Black farmers. In 2017, five years after graduating from the University of Georgia, she started Semente Farm, in Lithonia, Georgia, along with her husband Brandon Stephens.

Semente grows okra, tomatoes, tulsi, sunflowers and other vegetables, herbs and flowers. Though the farm is only three years old, there's a lot of history on that land: Stephens' grandfather cultivated it years earlier.

Before social distancing rules were put in place, Semente Farm held volunteer days for would-be farmers interested in gaining hands-on experience. Though Semente has suspended those gatherings because of the pandemic, Jaye still gets inquiries from people interested in volunteering — especially as national Black Lives Matter protests shine a light on Black-owned businesses.

"There has been a renewed interest in wanting to support Black businesses, and Black farms in particular have received a lot of attention," Jaye said. The movement has helped bring people to Semente that might not have been aware of its existence. "It's been a beautiful thing to get emails from young people who are wanting to come and learn and volunteer," she said. "It's been beautiful for them to reach out and say 'I'm so happy that there's a Black farmer in my community or in my area, I want to support you.'"

Penniman's Soul Fire Farm is another resource for new farmers. The farm, which describes itself as BIPOC, or Black, Indigenous, People of Color-centered, distributes its food to the hungry, helps build community gardens where people can grow their own food and, before the pandemic, offered in-person trainings.

Many who have attended Soul Fire Farm's week-long training course are in their 20s, 30s and 40s, said Penniman. That 50-hour program, which takes place on the Soul Fire Farm itself, covers "everything from soil to seed to harvest to market," she said.

The farm is offering courses online to anyone interested in learning more.

"It's a noble and worthwhile profession," said Penniman. "There's a number of people who want to get into farming because they want a job where they feel good about what they did at the end of the day."