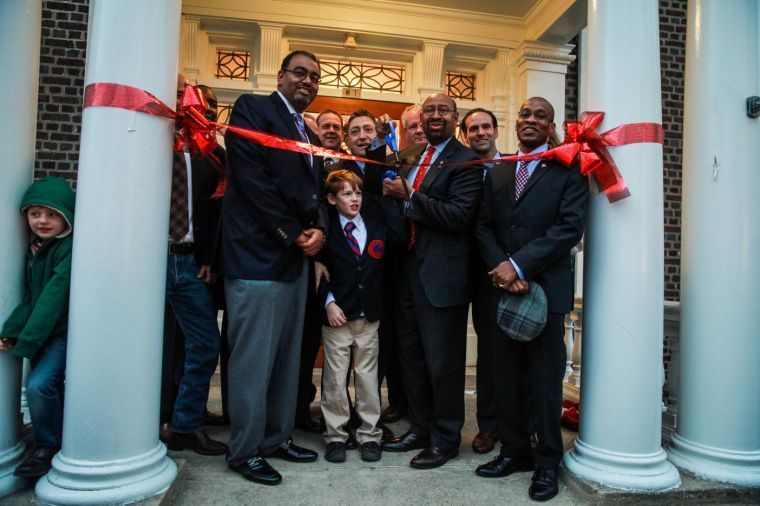 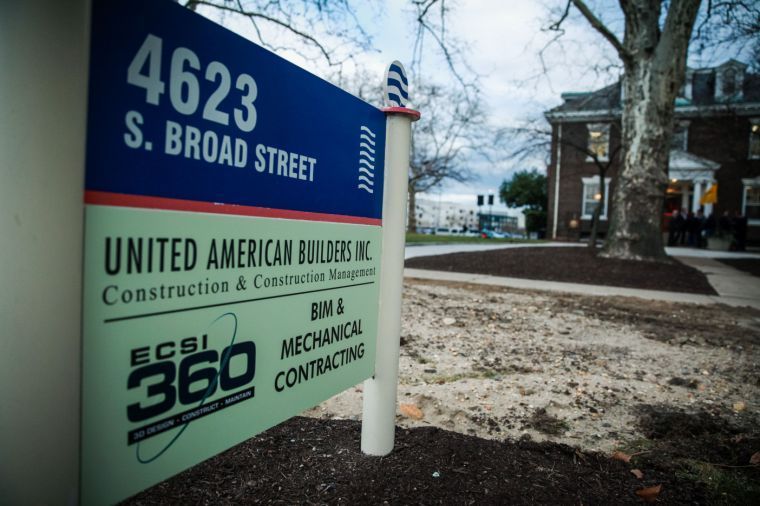 ESCI360, United American Builders and the BFW Group have moved into shared office space at The Navy Yard.

ESCI360, United American Builders and the BFW Group have moved into shared office space at The Navy Yard.

Four graduates of the Goldman Sachs 10,000 Small Businesses-Greater Philadelphia program have collaborated to relocate their offices to The Navy Yard.

Environmental Construction Services (ESCI360), United American Builders and the BFW Group have moved to the campus designed for business growth.

The collaboration was spearheaded by Michael Brown, president of ESCI360, a full service HVAC construction company that focuses on energy-efficient retrofit projects.

“We thought it would be great to have a location to share ideas, go after projects together and more importantly act as sounding boards for each other as executives, CEOs and owners of companies,” said Brown, who is a graduate of the 10,000 Small Businesses-Greater Philadelphia first cohort.

The initiative is an investment to help entrepreneurs create jobs and economic opportunity by providing greater access to education, capital and business support services. The Greater Philadelphia program has graduated 135 business owners since in first began in 2013.

Since Brown graduated from the program, ESCI360 has experienced accelerated growth and added more than 30 employees. Earlier this year, ESCI360 received the Technological Excellence of the Year award from the Greater Philadelphia Chamber of Commerce. The firm was one of 11 companies to net the chamber’s 2015 Excellence Award.

The BFW Group is a consulting firm that specializes in construction project management, owners’ representation and cost estimating. These businesses will also be joined by Jidan Cleaning, a full-service commercial cleaning company that serves Greater Philadelphia and Southern New Jersey.

The business leaders are the first graduates of the Goldman Sachs 10,000 Small Businesses program to collaborative on shared working space. Their offices are located in Quarters M-1 at the Navy Yard, a renovated 5,300 square foot building which was previously used as a former officer’s quarters.

“It wouldn’t work if we weren’t all on the same page and shared the same purpose and that’s what the Goldman Sachs program did for us. It gave us purpose, it gave us vision and a set of tools on how we should run our businesses,” Brown said of working with the three firms.

Blane Stoddart, CEO of BFW Group said there are natural synergies between the companies.

“We don’t compete with each other. We actually complement each other. We’re not a joint venture but we’re trying to leverage our knowledge so that we can grow each others businesses,” Stoddart said. “Goldman Sachs is about growing businesses, taking your business to the next level and also creating jobs and economic opportunity. This is the first Goldman Sachs alumni house in the country and we’re really excited about that.”

The Navy Yard is home to more than 11,000 employees and 145 companies in the office, industrial/manufacturing and research and development sectors.

John Grady, president of the Philadelphia Industrial Development Corporation said they are delighted to welcome the new tenants.

“By choosing this sustainability-minded campus for their collaborative headquarters, they are setting themselves up for great success and business growth,” Grady said.