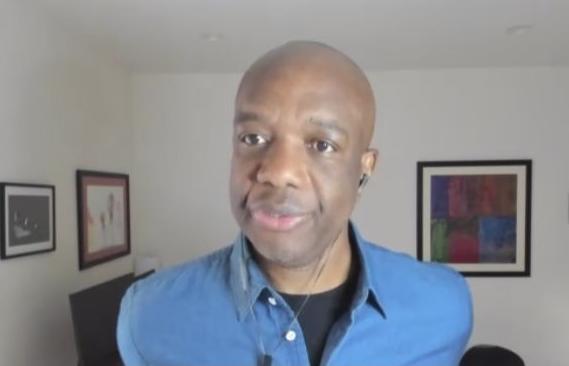 James Manyika, chairman and director of McKinsey Global Institute and a senior partner, discusses the findings of the Race in the Workplace report. —SCREENSHOT 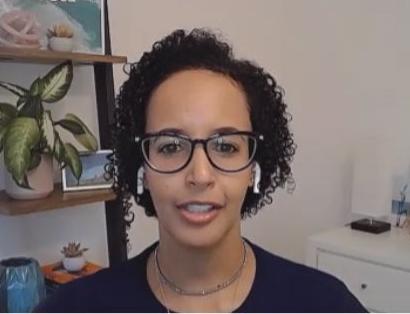 Mahlet Getachew, managing director of Corporate Racial Equity and Legal at PolicyLink, says “This is the work that is required right now and our hope is that these important findings help further ignite the racial equity movement more broadly and deeply within a complex America.” —SCREENSHOT

James Manyika, chairman and director of McKinsey Global Institute and a senior partner, discusses the findings of the Race in the Workplace report. —SCREENSHOT

Mahlet Getachew, managing director of Corporate Racial Equity and Legal at PolicyLink, says “This is the work that is required right now and our hope is that these important findings help further ignite the racial equity movement more broadly and deeply within a complex America.” —SCREENSHOT

A new report by McKinsey and Company has provided the first comprehensive analysis of the experience of Black professionals in corporate America.

The Race in the Workplace: The Black Experience report maps the geographic, programmatic, and systematic barriers that are keeping Black workers largely concentrated in frontline and entry level jobs.

McKinsey and Company’s research drew on data from 24 participating companies ranging in size from 10,000 to 1.4 million U.S employees and across all geographies, representing a total of about 3.7 million U.S. employees.

Other challenges include a double broken rung with low odds of advancement and higher attrition for frontline and entry-level jobs; low Black representation in executive levels; a trust deficit among Black employees toward their companies and a lack of managerial sponsorship and allyship for Black employees.

“If we were to get to parity in employment rates — closing the parity gaps just on employment in the private sector, not in the whole economy — would mean creating about 418,000 more Black workers in the private sector,” said James Manyika, chairman and director of the McKinsey Global Institute and senior partner, during a webinar held Monday to highlight the report findings.

“That’s how big the gap is in the private sector,” he said.

Manyika said one of the striking aspects of the research was the geographic mismatch between employment opportunities and Black workers.

According to the study, about 60% of the Black labor force is concentrated in the South, compared with just one-third of the rest of private-sector workers.

“How do you make sure that the private sector is tapping into talent opportunities where most the Black workers actually are?,” Manyika questioned.

McKinsey’s analysis found that 45% of Black private-sector workers (approximately 6.7 million people) work in three industries that have a large frontline-service presence including healthcare, retail, and accommodation and food service. These industries also have some of the highest shares of workers making less than $30,000 annually.

The report found that on the current trajectory it would take about 95 years for Black private sector employees to reach 12% representation in management.

“While we have actually pretty good progress and representation in frontline, hourly and entry level workers into companies, that doesn’t sustain and what happens is we lose Black workers and talent quickly,” said Larenia Yee, McKinsey and Company’s chief diversity and inclusion officer.

“So when we get to the top and look at SVPs (senior vice presidents) and CEOs, we see very little Black representation.”

“If we were to see representation at the level of population parity and Black Americans represent 12% of our population today — we would go from the three CEOs that we have to today in Fortune 500 companies to 60,” she continued.

“If you believe the idea that if you can see it, you can be it, certainly it would be a significant step forward to see 60 Black CEOs.

McKinsey, whose mid-Atlantic office is based in Philadelphia, collaborated with PolicyLink, W.K. Kellogg Foundation and Walmart to produce the study.

“McKinsey’s Race in the Workplace report is an important contribution, shining a stark light on the persistent challenges in the private sector for Black workers at all levels,” said Mahlet Getachew, managing director of Corporate Racial Equity and Legal at PolicyLink, the national research and action institute at the forefront of advancing racial and economic equity across the nation

“This is the work that is required right now and our hope is that these important findings help further ignite the racial equity movement more broadly and deeply within a complex America,” she continued.

“One of the most powerful things about this report is how it lifts the voices and perspectives of Black people in the workforce,” he said. “It is one of the main reasons that we became a collaborator for this work. These studies help spur the conversation around facts and provide pragmatic action steps for companies to take action.

“When we authentically listen to workers — in this case Black workers — they give us the wisdom and the guidance for transforming our workplace cultures in ways of doing business, increasing employee engagement and unleashing a diverse team’s full potential,” Rangel said.

Amy Goldfinger, senior vice president of talent development at Walmart, addressed why the company partnered with McKinsey to produce the report.

“Immediately following the tragic murder of George Floyd, we focused on what we could do to make a difference at scale,” she said.

“As the largest employer in the country — which includes a workforce of approximately 300,000 Black and African-American associates — we recognize that the issues are complex and systemic.”

“We’re committed to playing a leadership role to accelerate racial equity while partnering with others to drive the challenges before us,” Goldfinger continued. “The research presented in this report is a critical step toward having a honest and truthful dialogue to drive meaningful action across the private sector.”

She said Walmart will make a difference by identifying opportunities to improve racial equity specific to the criminal justice, financial, education and health care systems.

Campaign urges people to get the COVID-19 vaccination

A local senator is stepping up to encourage community members to get the COVID-19 vaccination.

A local cardiologist is receiving a top honor for her efforts to address racial disparities in heart disease.