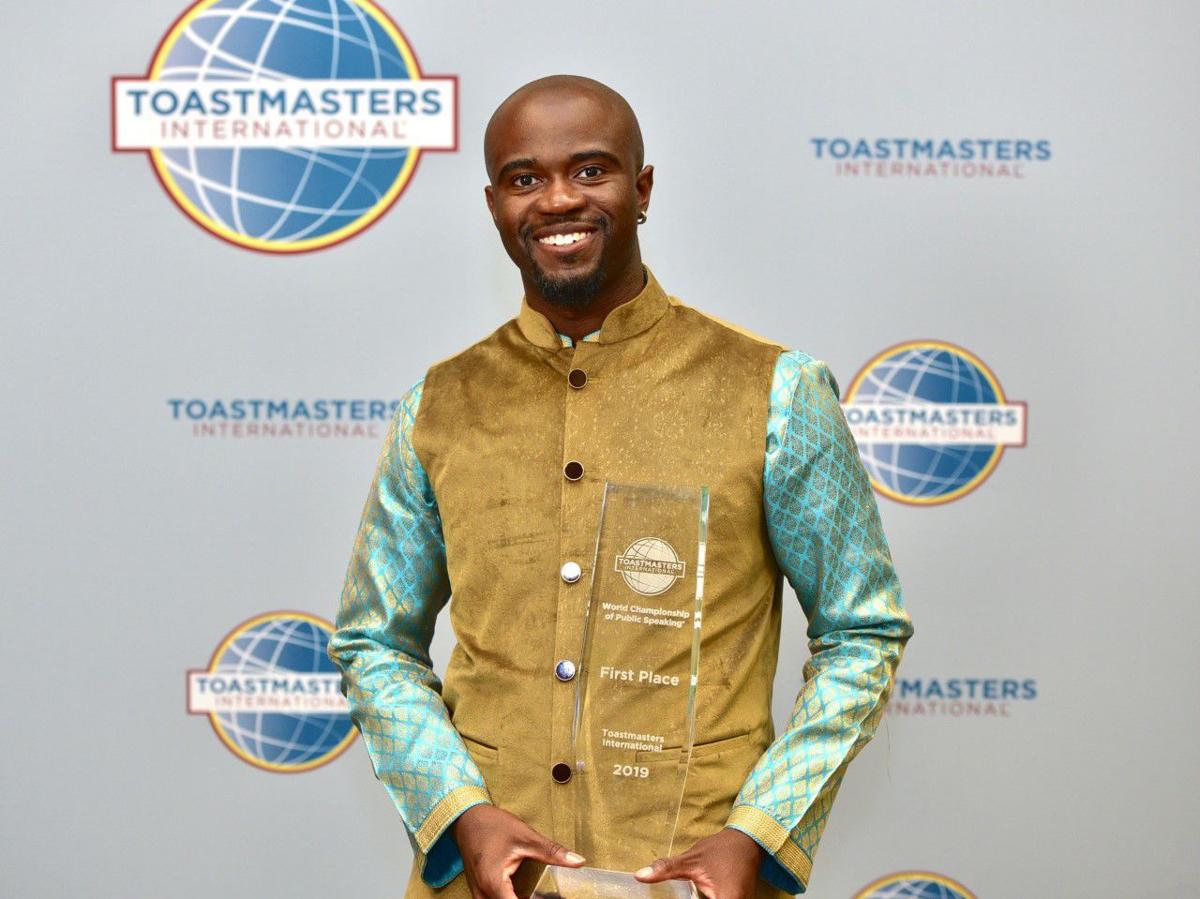 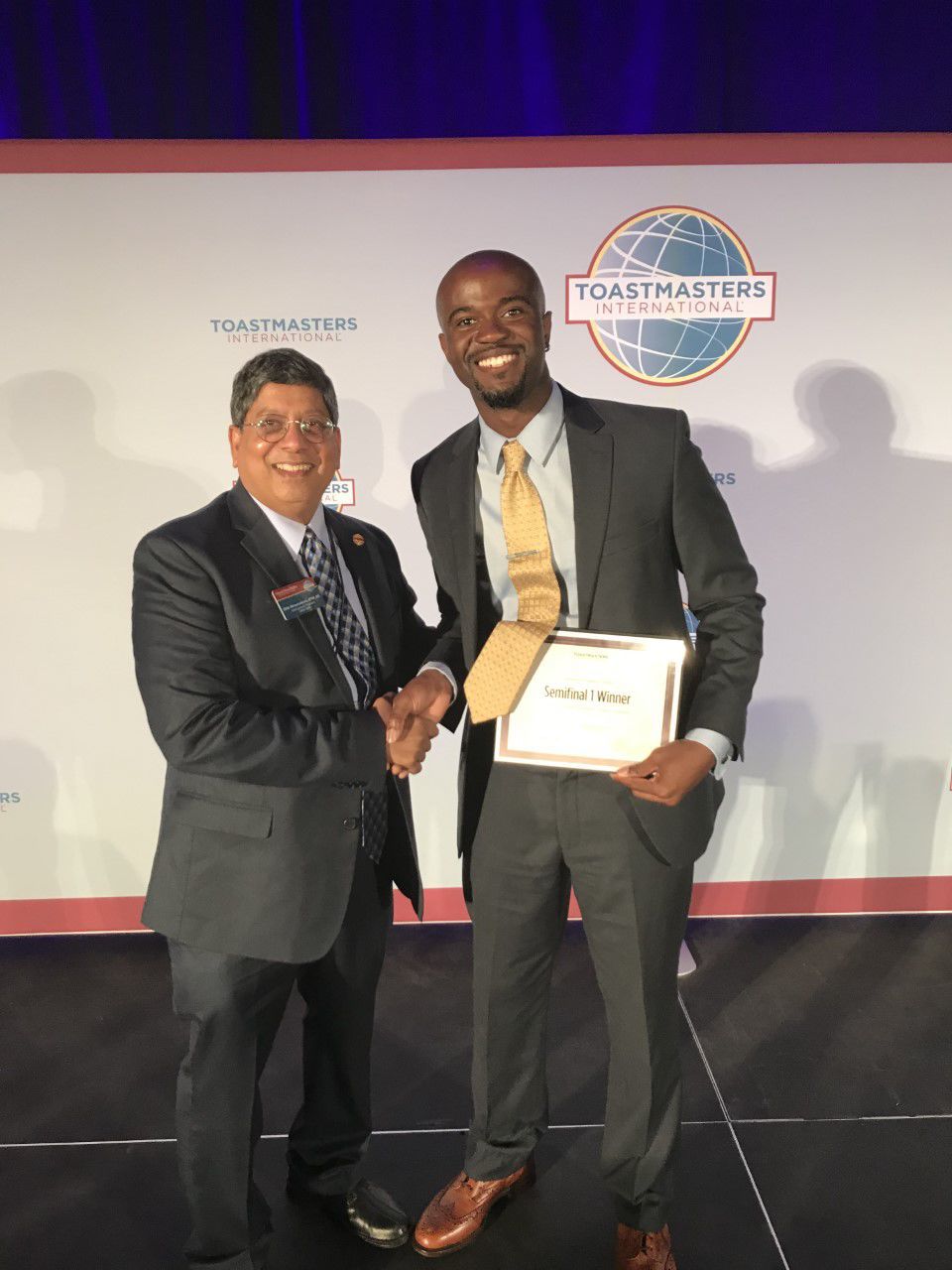 Beverly’s top tips for public speaking 1. “The number one golden rule is to know your audience,” Beverly said. “You need to know what drives them — what motivates them. All this information is critical because if you get it wrong at this step, you’re going to bomb.” 2. Record yourself giving your speech so you can see how you look and sound. 3. Have colleagues or friends who you trust to give you unbiased feedback watch you practice. 4. Use words that you normally use in everyday conversations. Beverly said some people try to sound smarter or more dramatic than they normally are. “You don’t need those overzealous gestures,” he stressed. “You don’t need to have flowery words. I would just say be your authentic self.” 5. Have fun with the crowd.

In June 2018, Aaron Beverly traveled to India for his friends’ wedding — only to discover that he was the only Black guest.

He tried his best to fit in. He bought traditional Indian attire. He talked with other guests. And when the groomsmen asked him to participate in a traditional wedding game during the ceremony, he said yes.

The 30-year-old Philadelphia native recently took the “unbelievable story” of his nerve-wracking experience, and turned it into a speech that helped him win the Toastmasters 2019 World Championship of Public Speaking.

“When they called my name, I was really in disbelief,” Beverly said.

“It didn’t kick in until a couple of hours later that I actually won.”

Beverly had beaten more than 30,000 participants from 143 countries to win the contest that went several rounds over the past six months.

“Aaron Beverly’s speech was brilliant and had all the elements of a spy movie,” Ed Tate, a certified speaking professional and the 2000 Toastmasters’ World Champion of Public Speaking, said in a news release.

“It included five setups and payoffs, and had all of the elements: espionage, intrigue, danger, drama and deception.”

Beverly, a project manager at JP Morgan Chase & Co. in Delaware, joined Toastmasters 10 years ago because he was inspired by the eloquence of President Barack Obama and former Toastmasters International President Dilip Abayasekara. He has been striving to win the championship for the last seven years.

“When I first started out, I wanted to win the trophy,” Beverly said.

“I wanted to win the accolades and I thought that there was a certain style of speaking that needed to be used in order to prevail.”

He thought he needed to preach to his audiences about cliché topics like following their dreams; but when he did that in his first contest in 2012, Beverly lost in the second round.

“That really made me go back to the drawing board and really break down what it took to create a quality speech and a quality story,” he said.

He sought the advice of Abayasekara, who taught him the foundations of storytelling and speech structure. With Abayasekara’s guidance, Beverly was able to make it to the semi-final round competition for the first time.

“I just used his teachings and started my developing my own style over time,” Beverly said.

One of Beverly’s goals for the 2019 competition was “just to enjoy the audience,” he said. “It helped me focus not on trying to win or how the judges were going to judge me, but rather on my audience and how they were reacting and how they were receiving my message.”

That helped him connect, and connection is crucial.

“I think that especially in today’s times — when people are extremely divisive and they don’t want to talk to each other — communication is more critical than ever because it helps you to understand people,” he stated.

“I believe that if everyone learned how to properly communicate and understand each other better we’d be a lot closer to world peace than we currently are.”

1. "The number one golden rule is to know your audience," Beverly said. "You need to know what drives them — what motivates them. All this information is critical because if you get it wrong at this step, you're going to bomb."

2. Record yourself giving your speech so you can see how you look and sound.

3. Have colleagues or friends who you trust to give you unbiased feedback watch you practice.

4. Use words that you normally use in everyday conversations.

Beverly said some people try to sound smarter or more dramatic than they normally are.

5. Have fun with the crowd.