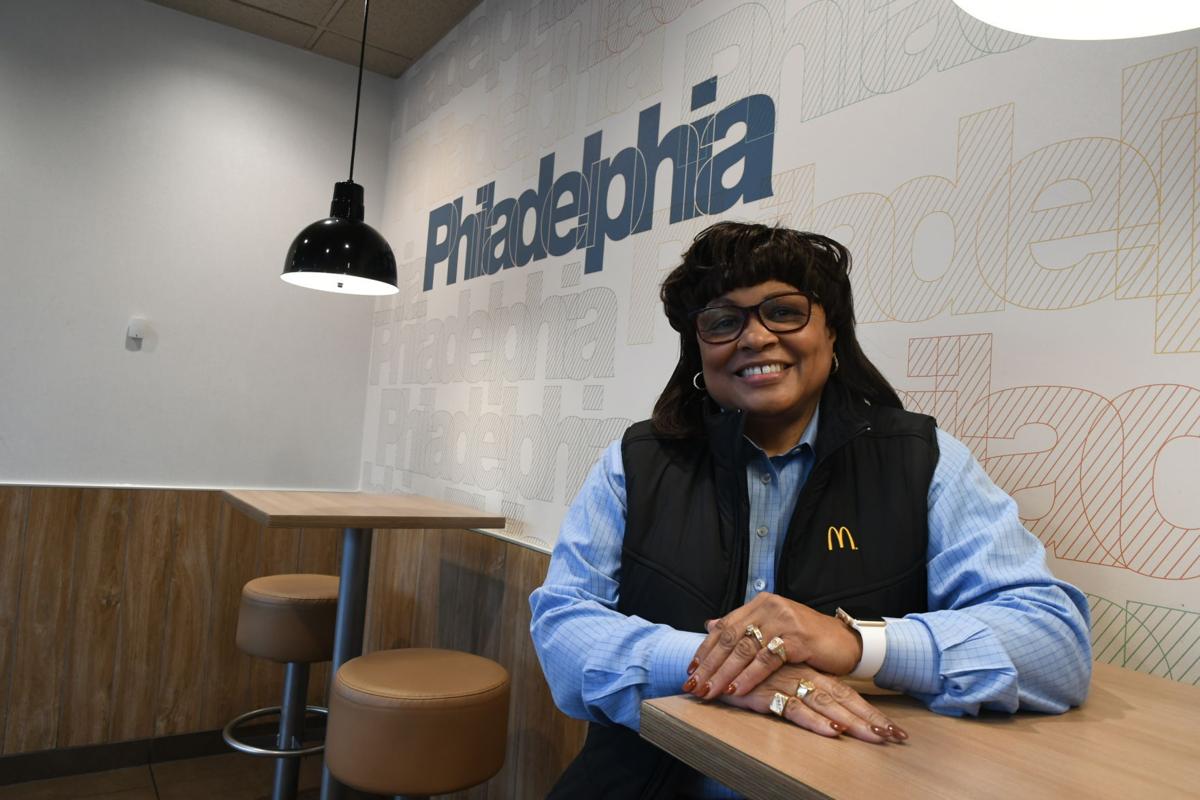 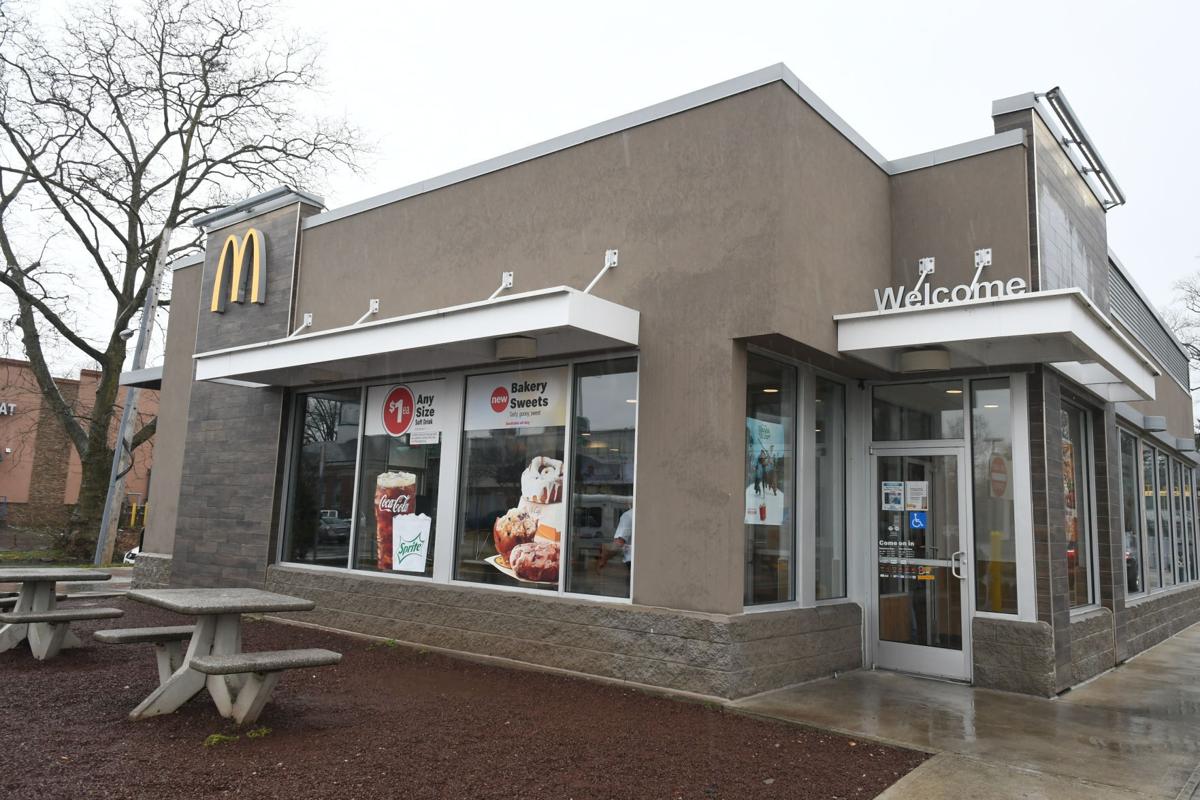 Tanya Hill-Holliday became the first African-American female to own a McDonald’s in Philadelphia when she purchased two restaurants on City Line Avenue.

Tanya Hill-Holliday became the first African-American female to own a McDonald’s in Philadelphia when she purchased two restaurants on City Line Avenue.

Tanya Hill-Holliday knows the value being prepared to make a strategic move. So she seized the moment when presented with the chance to expand her business operations.

In March, she acquired two McDonald’s restaurants in Bensalem and Hatboro that were formerly operated by another business owner.

“I had an opportunity to pick up a restaurant from an operator who retired and/or left the business,” said Hill-Holliday, who is Philadelphia’s first Black female McDonald’s franchisee.

“It’s about preparation and opportunity and I went for it. You always have to be ready, so you don’t have to get ready.”

The businesswoman went from serving customers as a McDonald’s crew member to becoming the largest Black-owned McDonald’s franchise owner in the Philadelphia region. In 2009, Hill-Holliday became the first African-American woman to own a McDonald’s in Philadelphia when she purchased two restaurants on City Line Avenue. She currently owns 12 McDonald’s in Pennsylvania.

In December 2020, she expanded into South Philadelphia and acquired the restaurant located at 24th Street and Oregon Avenue. And in 2018, Hill-Holliday became the first African American woman to own a McDonald’s in Allentown.

She recently remodeled six of her locations, which have been outfitted with self-ordering kiosks. And plans are in the works to knock down and rebuild her recently acquired Bensalem location.

Working with financial institutions throughout the years has been instrumental to Hill-Holliday’s success as a businesswoman. She’s had a relationship for with Beneficial Bank for about seven years, which she retained when the financial institution was integrated into WSFS Bank.

“The financials are the foundation of a business and so the relationship is huge,” Hill-Holliday said.

“I’ve had a very good longstanding relationship. It is one that if I need to pick up the phone and call, I feel free to do that. I feel comfortable to do that.”

“Through that program, with McDonald’s being one of the top franchisor brands, that’s how our relationship with Tanya Holliday cultivated with helping her with the life cycle of her franchise as she went from one unit on up to 10 units,” Snow said.

He said the program helps franchisees acquire the funding that they need to be successful, whether they’re opening a new franchise location or adding an additional location.

“We kind of customize and develop a SBA financing program based on your specific needs for multi-units and startups or acquisitions and resell,” Snow explained.

“I believe that Tanya really represents a powerful example of success as a minority entrepreneur and this is a perfect example of how the SBA funding can help that new budding startup.”

“The SBA (funding) is one of the products out there from a banking standpoint that supports startups by utilizing projected financials,” he continued.

Like other business owners, Hill-Holliday is dealing with the pandemic’s impact.

“There was an upside to it and obviously there was a downside to it. Because our brand, McDonald’s has always been affordable, the silver lining in that is that customers came to us. Customers knew we were open, so that really helped us on the business side. So that was the upside of it.”

“The people side of it has and continues to be a challenge — the ability to get people to come to work, who feel safe,” Hill-Holliday said.

“I just think that in general people are overly cautious. We had to take our business to a whole new height as it relates to safe and security and all the COVID guidelines.”

This comes as the restaurant industry is dealing with a serious labor shortage around the country.

As a longtime business owner, Hill Holliday is often asked to give her insight to aspiring entrepreneurs.

“The first piece of advice I would give them is find something that you would like to do and just do it well because you never know what it may lead you to,” she said.

“I never expected to be a McDonald’s owner but when I worked as a crew person, I enjoyed what I was doing. I always made sure that I was the best at what I was doing and I was recognized.”

“The second piece of advice that I would give is, know that you are always on an interview. You never know who is watching you,” Hill-Holliday said.

“That is something that I reflect back in my young career as a McDonald’s crew person working my way through college, someone recognized what I was doing.”

“The third piece of advice I would give would be — have a vision. Create that vision and that mission and start to write it out,” she suggests.

The Philadelphia Department of Public Health is easing more restrictions for restaurants as COVID-19 cases in the region continue to fall.