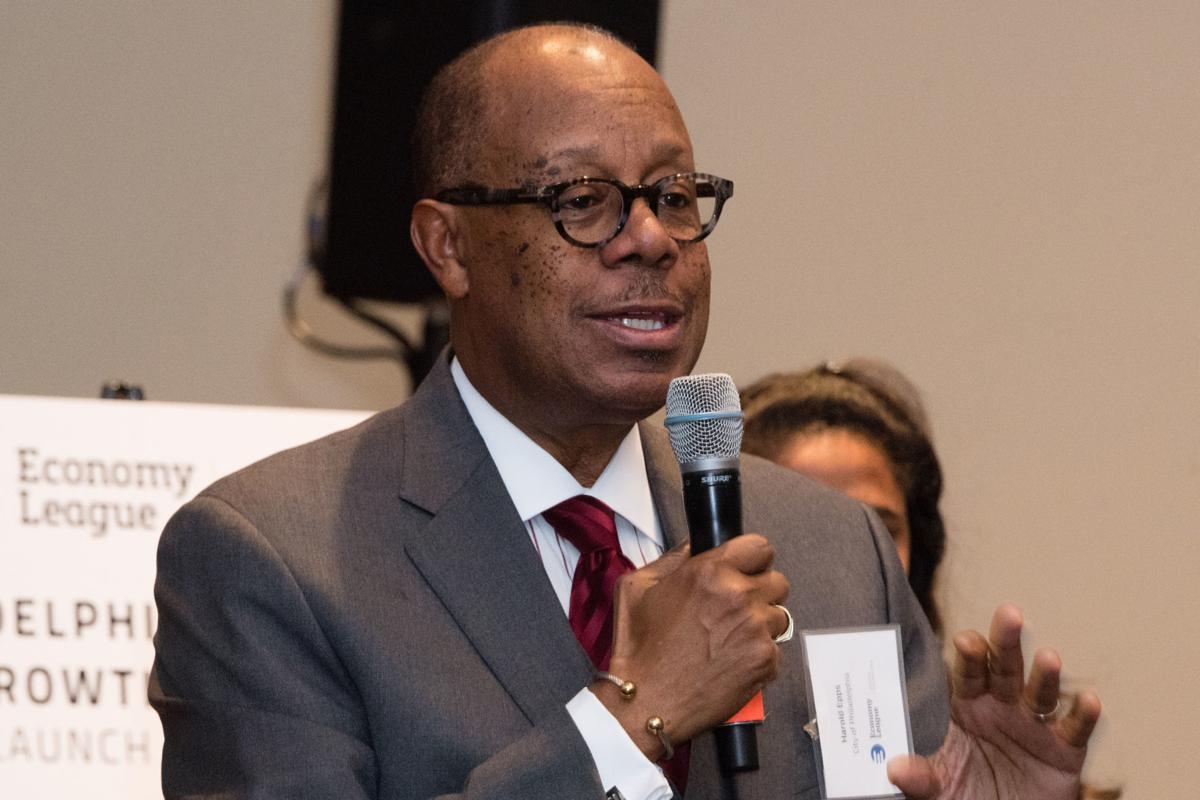 Philadelphia Commerce Director Harold Epps speaks during an event to announce the launch of the Philadelphia Anchors for Growth and Equity. — Photo by Lisa Schaffer 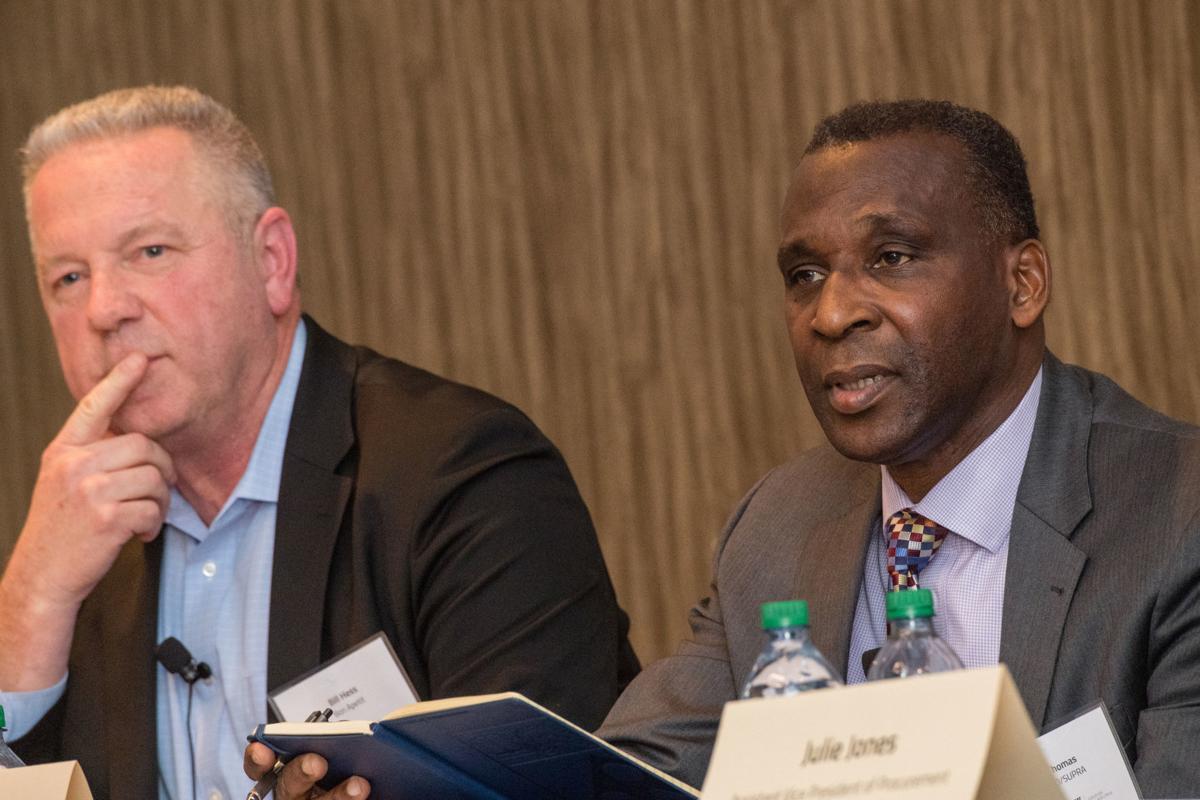 Philadelphia Commerce Director Harold Epps speaks during an event to announce the launch of the Philadelphia Anchors for Growth and Equity. — Photo by Lisa Schaffer

Philadelphia major hospitals and universities are spending upwards of $5 billion annually on goods and service, however nearly half of these dollars are being spent outside of the city.

Now efforts are underway to redirect some of that spending power locally and help drive job growth in the city.

A group of about 20 local organizations, including the Economy League of Greater Philadelphia and the Philadelphia Department of Commerce, have launched a new initiative called Philadelphia Anchors for Growth and Equity (PAGE) to build a local purchasing strategy.

“The goal is to use the collective purchasing power of our large eds and meds anchor institutions to drive local jobs and business growth,” said Jeff Hornstein, executive director of the Economy League of Philadelphia.

Founding members include Children’s Hospital of Philadelphia, Jefferson, University of Pennsylvania, Penn Medicine, Temple University and Temple Health System. Through PAGE, the Economy League is working with these institutions to localize $500 million in contract opportunities and create as many as 5,000 living-wage, middle-skill jobs for Philadelphia residents.

“This is basically a 10-year plan to reorganize the way anchor institutions and their suppliers do business so that Philadelphians benefit,” Hornstein explained.

“People have to be patient. It’s not like we are out there handing out contracts on behalf of these institutions. We are trying to get them to change the way they do stuff in a voluntary way, but in way that makes sense for them and the city.”

PAGE grew out of research conducted by the city controller’s office and is inspired by cities such as Baltimore, Chicago and Detroit who have developed effective local purchasing strategies to leverage the power of institutions to spur wealth creation.

PAGE is collecting data on what hospitals and universities buy, analyzing that data to determine how local vendors can tap into these purchasing opportunities and is engaging with major supply companies like Aramark and Sodexho. Organizers seek to address barriers that reduce local business participation in institutional supply chains.

“I think that there are a lot of local entrepreneurs who would interested in working with eds and meds if they knew what they opportunities are and when they are coming up and I don’t think that information is easy to find and we want to make it easier to find,” explained Mariya Khandros, director of Shared Solutions at the Economy League.

Most big institutions buy between 40 and 80 percent of their goods and services from national suppliers, Khandros said.

“What that means is if you’re are matchmaking between anchor institutions and a local business, you’re going to be missing out on a huge chunk of their actual purchasing,” Khandros said. “Because we have so many institutions are the table we believe we can use our collective voice to get all of those major suppliers to pay attention to us and to develop their own local purchasing strategies, so that we’re not just capturing the direct spend from the institutions but getting to tap into the spending that is locked up in a contract with a middle man.”

Hornstein highlighted the impact that major group purchasing organizations have on hospitals’ buying power. He noted that the organizations focus on getting the best prices for goods and services for their clients.

“Unless big clients tell them we need you to focus on local and diverse, they’re not going to do it,” Hornstein said.

“That’s like the lynch pin of our strategy in a sense — it’s to get the multi-billion dollar hospitals and institutions to say to their suppliers, it’s important to us that our local economy is vibrant and growing.”

One area where there is potential for economic growth and development is medical laundry.

“All of our medical laundry is being exported 100 miles each day,” Hornstein said. “We’re now in the process of recruiting a laundry vendor to build a local plant here.”

Khandros said the initiative eventually will evolve beyond focusing on major educational and medical institutions to encompass the city’s major corporations and nonprofit entities.

“We definitely want to look ahead and one day be able to invite corporations and other nonprofits to sit at this collaborative table to be able to work jointly on this problem,” she added.