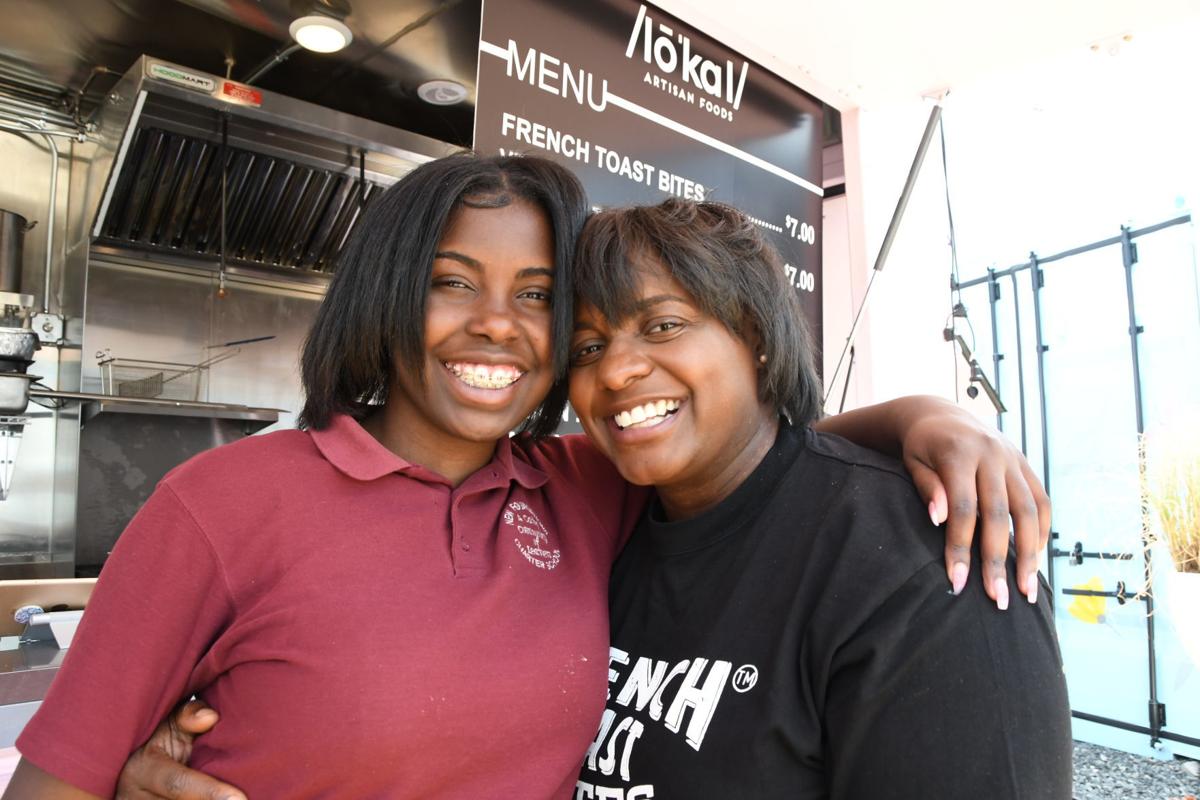 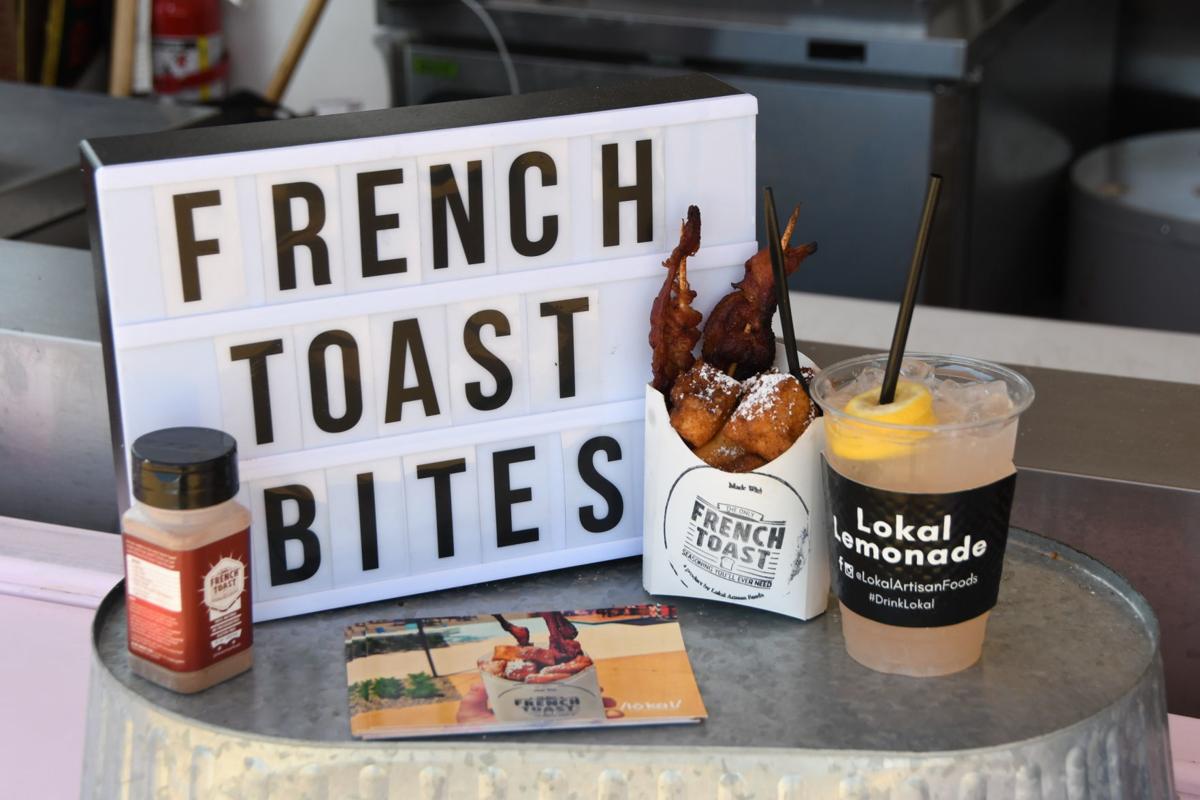 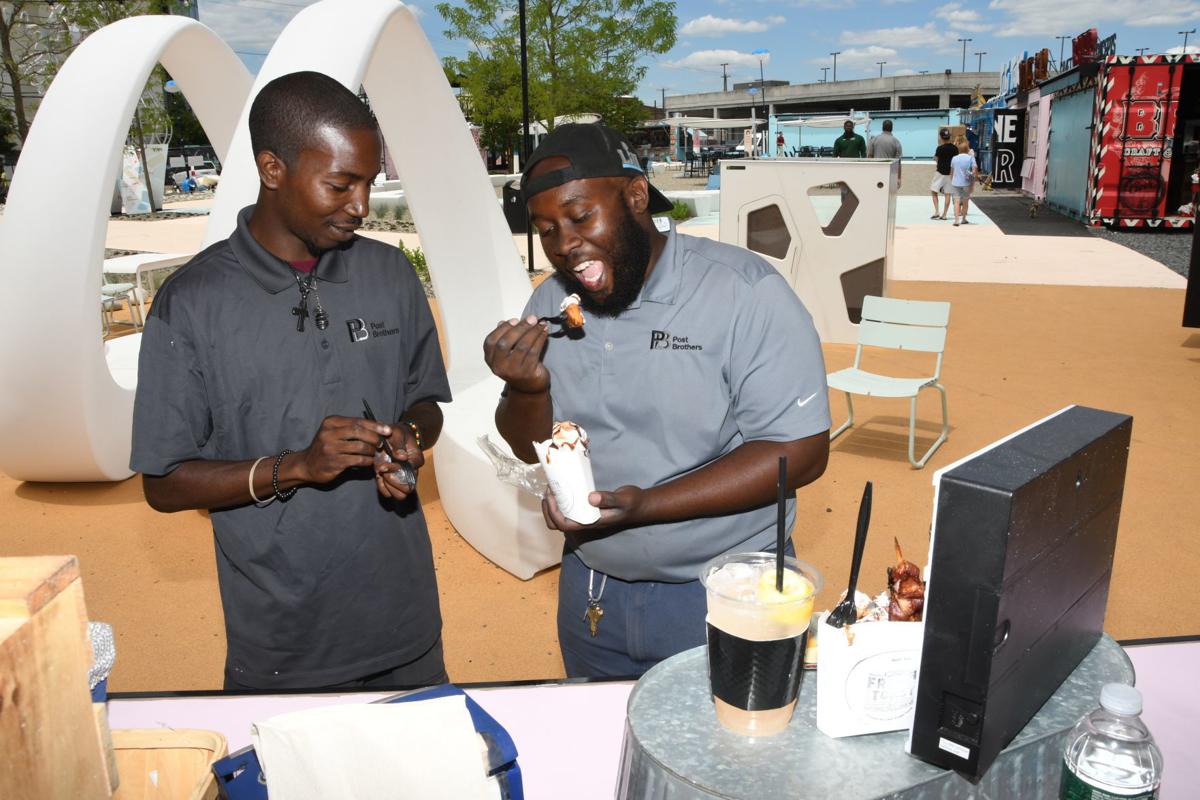 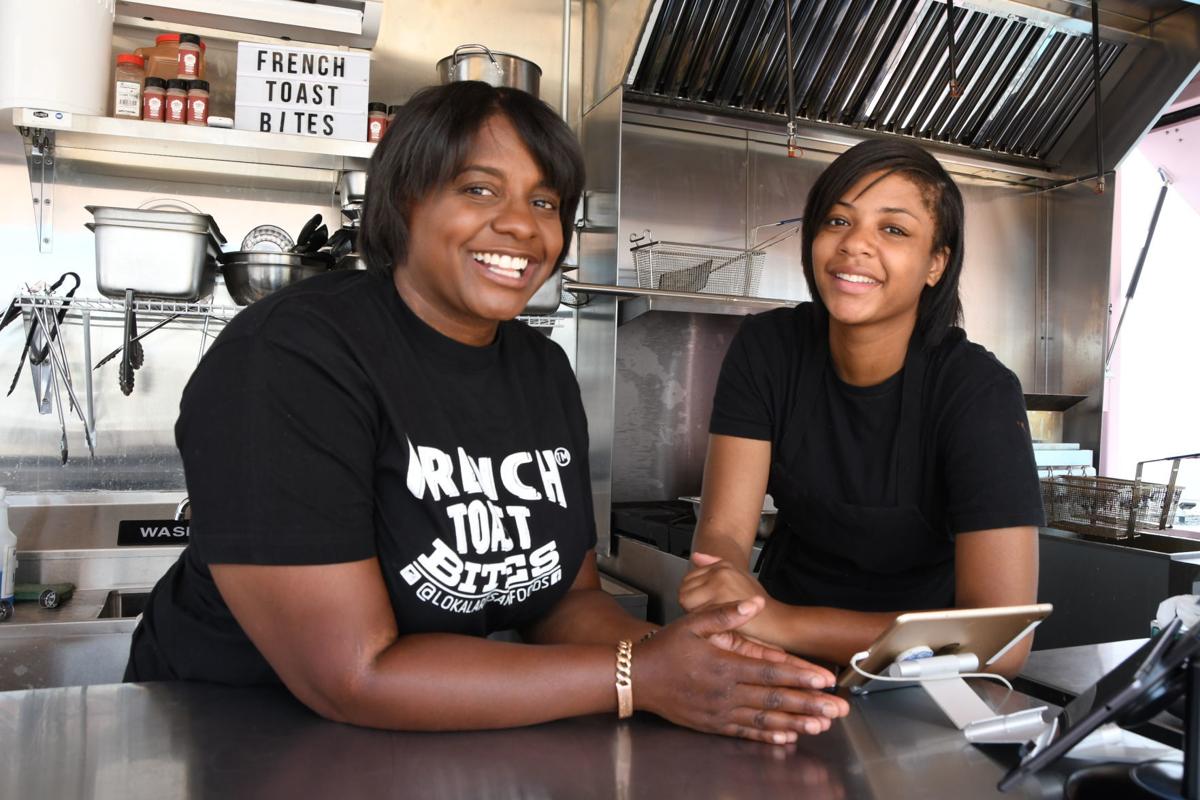 A fter a year of selling her signature French Toast Bites at concerts, festivals and open-air marketplaces, Charisse McGill has found a permanent retail location.

She landed at the Piazza Pod Park — a new mixed-use destination in Northern Liberties featuring dining and shopping options, art installations and live events. The park at 1069 Germantown Ave. officially opened this month.

“I’m the only Black woman owner in here so I feel like I have a lot to prove,” said McGill, who leads Lokal Artisan Foods LLC.

“It feels good to just have a base and a place where we can call home. I’m not really pro-brick and mortar, but since this is unique in a sense that it’s in repurposed shipping containers, it’s still an open-air market. I’m so pro to the open-air market economy that this kind of fit the mold for what I was doing.”

Her French toast bites, which are offered with regular or vegan toast, are coated with her signature French toast seasoning and drizzled with toppings such as whipped cream, powdered sugar, strawberries, caramel syrup, chocolate syrup and maple syrup.

Inspired by businesses like Auntie Anne’s Pretzels, Cinnabon and Mrs. Fields, she decided to try her own business venture. She went through different proof of concepts before she finalized a bite-sized product that was portable enough for concerts and open air markets.

She first sold the bites along with her daughter’s Lokal Lemonade at the Abington Art Center World Music Concert Series last June.

In November, McGill resigned from her job as director of special events at Valley Forge Military Academy and College to officially launch her business. She took a risk that ended up paying off.

She got a booth at the Christmas Village in November.

“I managed two businesses in there over the past two years, so I knew the numbers going into it,” she said. “It was always a calculated risk for sure but I didn’t know if French toast all day would translate — that was the risk part of it and thankfully for me it did translate.”

Her Christmas Village customers were drawn by the scent of cinnamon and she sold about 6,000 orders of the bites from Nov. 17, 2018, through Jan. 1, 2019. In 45 days, she grossed sales equal to three-fourths of the annual salary from her former job.

Due to her success at the Christmas Village, McGill started to be heavily recruited by mall properties, pop-up developers and investors.

She said proper food presentation has been an instrumental part of her marketing strategy.

“In my world, the camera eats first, so if I give you a container of French toast and the first thing you don’t do is take a picture, we failed,” McGill said.

“I didn’t come into this with a $10,000 marketing budget. Marketing came from the 6,000 people who bought French toast at the Christmas Village and that’s kind of how we got our buzz from our customers.”

The entrepreneur is currently running her business while working on her MBA in food marketing at St. Joseph’s University. She’s formed key connections with classmates who are buyers and marketing directors at St. Joseph’s.

“Most people go back to school to get a better job and I quit my job and then went back to school and it just really worked out. St. Joe’s has been overwhelmingly supportive,” she said.

McGill created a business model with multiple revenue streams through sales at her permanent location, as a caterer, as a vendor at concerts and festivals, and with sales of her French toast seasoning at some area grocery stores.

“You have to have all these revenue strategies in place in case one lags,” said McGill, who is also the market manager of the Lansdale Farmers Market.

She recently formed a new licensing agreement to feature the French toast bites as a hot food item at the Cheltenham ShopRite in July.

“I always say that I want to be the Auntie Anne of French toast,” McGill said.

“We’re never going to expand too much outside of French toast because the space that I’m in, everyone is known for one thing and they are in high-trafficked areas. That is how I model the business to be.”

With a bike, a bag and a dream David & Aaron Cabello are changing the way Philadelphians support Black-owned businesses.

“Where was this product made?”

The sweet scent of cinnamon is now lingering in the air of Philadelphia’s Spruce Street Harbor Park.