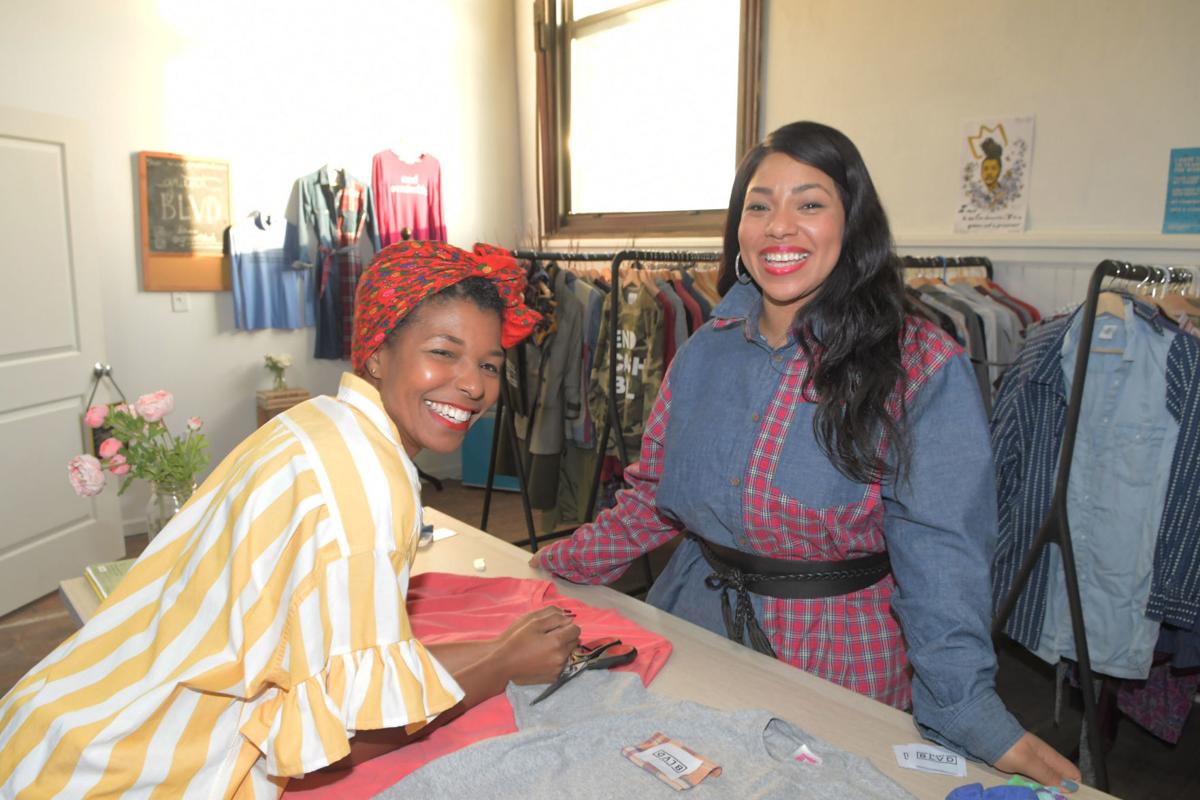 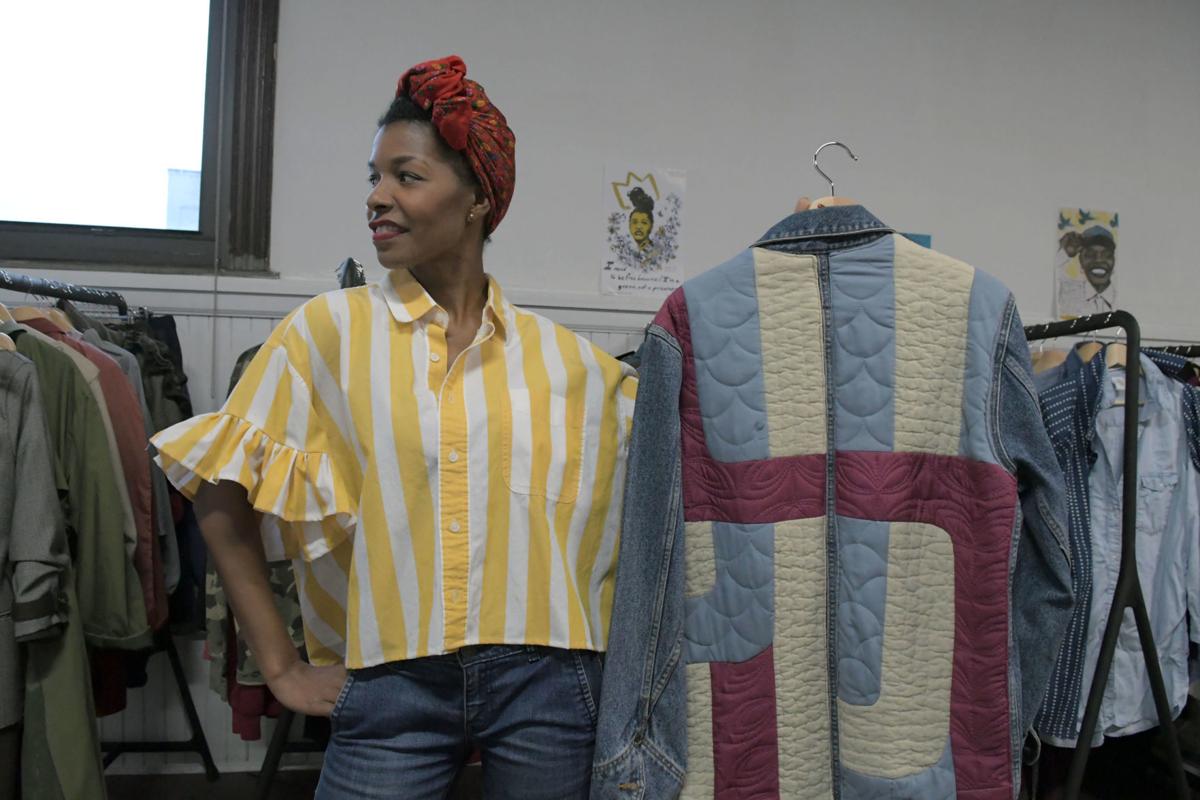 Kimberly McGlonn, CEO and founder of Grant Blvd, displays a women’s jacket while she wears one of Grant Blvd’s blouses. 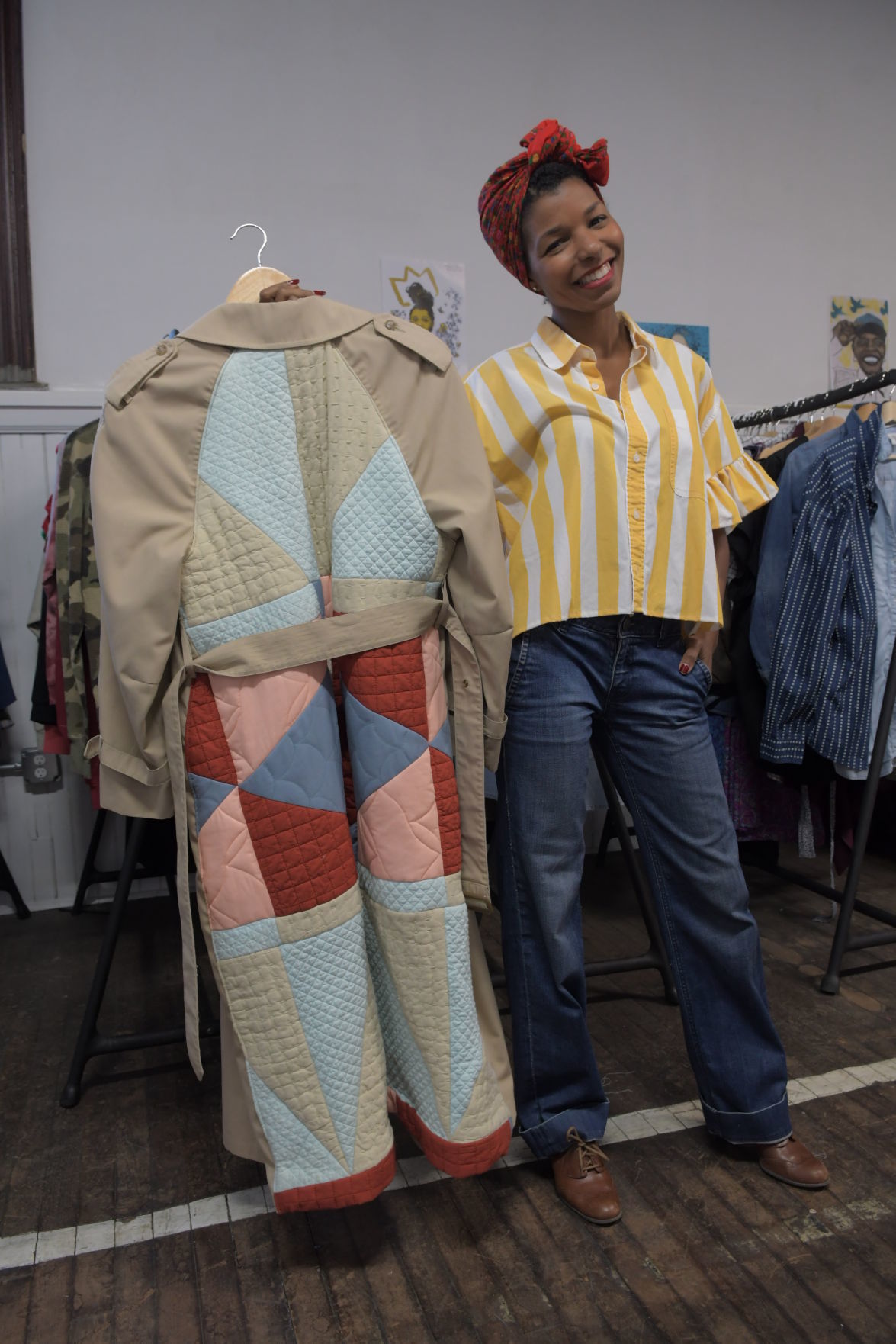 Kimbery McGlonn founded Grant BLVD in 2017. Her business launch was boosted by a campaign through iFundWomen, a crowdfunding site. — Tribune Photo/Abdul R. Sulayman

Kimberly McGlonn, CEO and founder of Grant Blvd, displays a women’s jacket while she wears one of Grant Blvd’s blouses.

Kimbery McGlonn founded Grant BLVD in 2017. Her business launch was boosted by a campaign through iFundWomen, a crowdfunding site. — Tribune Photo/Abdul R. Sulayman

When Kimberly McGlonn was growing up in Milwaukee, Wisconsin, her food activist father opened a healthy deli across the street from a KFC and her mother volunteered as a counselor at a local prison.

“While I had this really rich early childhood of activism and safety, I also have another life experience, I know what it’s like to have to choose between difficult options because you are just trying to survive,” said McGlonn, who now lives in Jenkintown.

And she knows survival can be especially difficult for people re-entering society after a prison term.

McGlonn, an educator who has studied mass incarceration and regularly volunteers with Books Through Bars, wanted to do something to help.

In 2017, she founded Grant Blvd, a sustainable clothing company that supports those impacted by the criminal justice system. McGlonn named the business after the street where she grew up with her activist parents.

Grant Blvd has a partnership with Books Through Bars, through which proceeds from product sales at Grant Blvd go to donate books to imprisoned people.

Last August, Grant Blvd launched a fellowship that taught women who were formerly incarcerated for non-violent offenses how to sew.

And this year, McGlonn hopes to provide employment opportunities for returning citizens. Grant Blvd has partnered with the state Department of Corrections to identity potential talent. McGlonn’s ultimate goal is to “provide pathways to self-sufficiency to women with convictions who have a really hard time finding employment.”

The 40-year-old entrepreneur also hopes her business can help the planet and get African Americans to talk about sustainable fashion.

The average U.S. citizen throws away about 70 pounds of clothing and other textiles annually, according to the Council for Textile Recycling.

“What’s happening is we have a proliferation of landfill waste because we’ve been told that we need to buy more and more, and we run through it,” McGlonn said.

She says much of the clothing produced by the major fashion companies has a short life cycle.

“The motto is to make it cheap, to make it fast, and people will get one or two uses out of it,” McGlonn said.

McGlonn and her staff are currently working on Grant Blvd’s spring collection, which will include dresses, skirts and casual street wear. All the clothing are made in Grant Blvd’s studio in Gray’s Ferry and sold online and at pop-up shops.

McGlonn wants to open a retail store in West Philadelphia later this year.

A new effort is underway to encourage companies to employ ex-offenders at a time when one in three American adults has a criminal record.

Tyrone Mathis spent 14 years in a Delaware prison for robbery. He’s been out since April, and now he’s working at “The Bridge” to help other r…