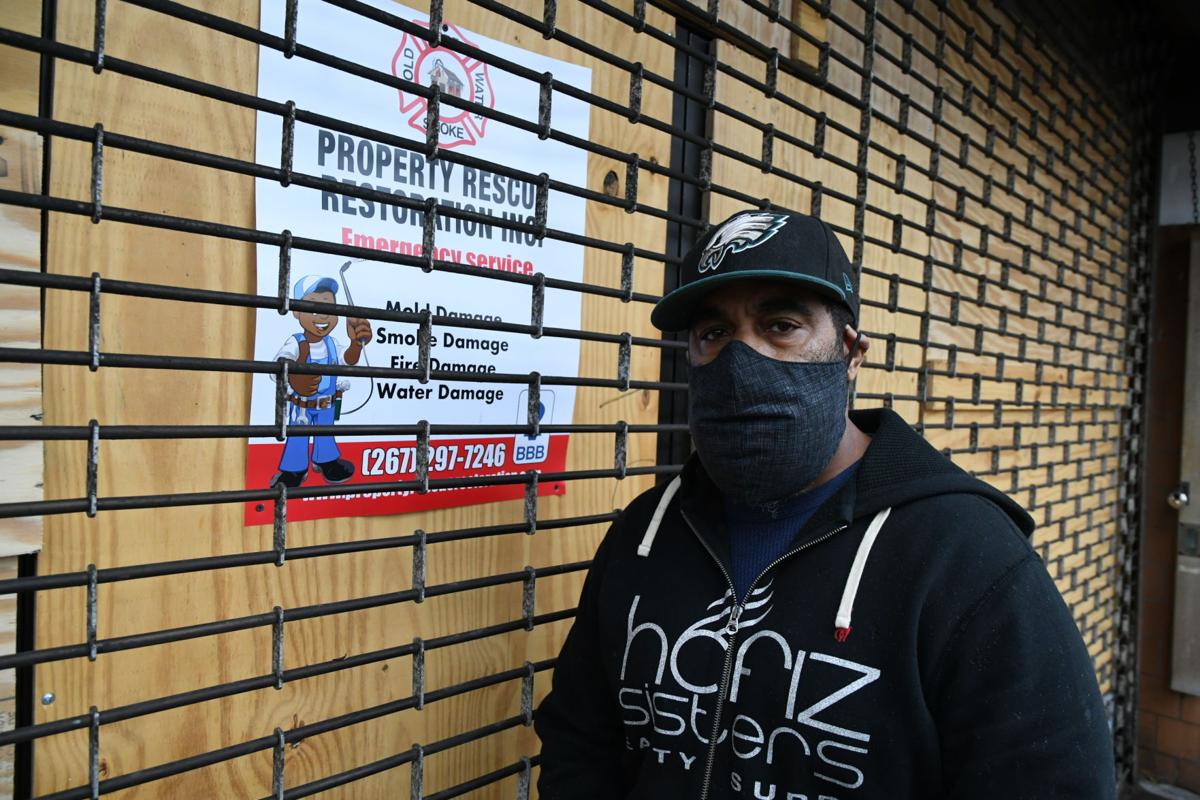 Troy Moore, a co-owner of Hafiz Sisters Beauty Supply in the Germantown neighborhood, says the looting that occurred this week will have a ripple effect on affected communities in Philadelphia. 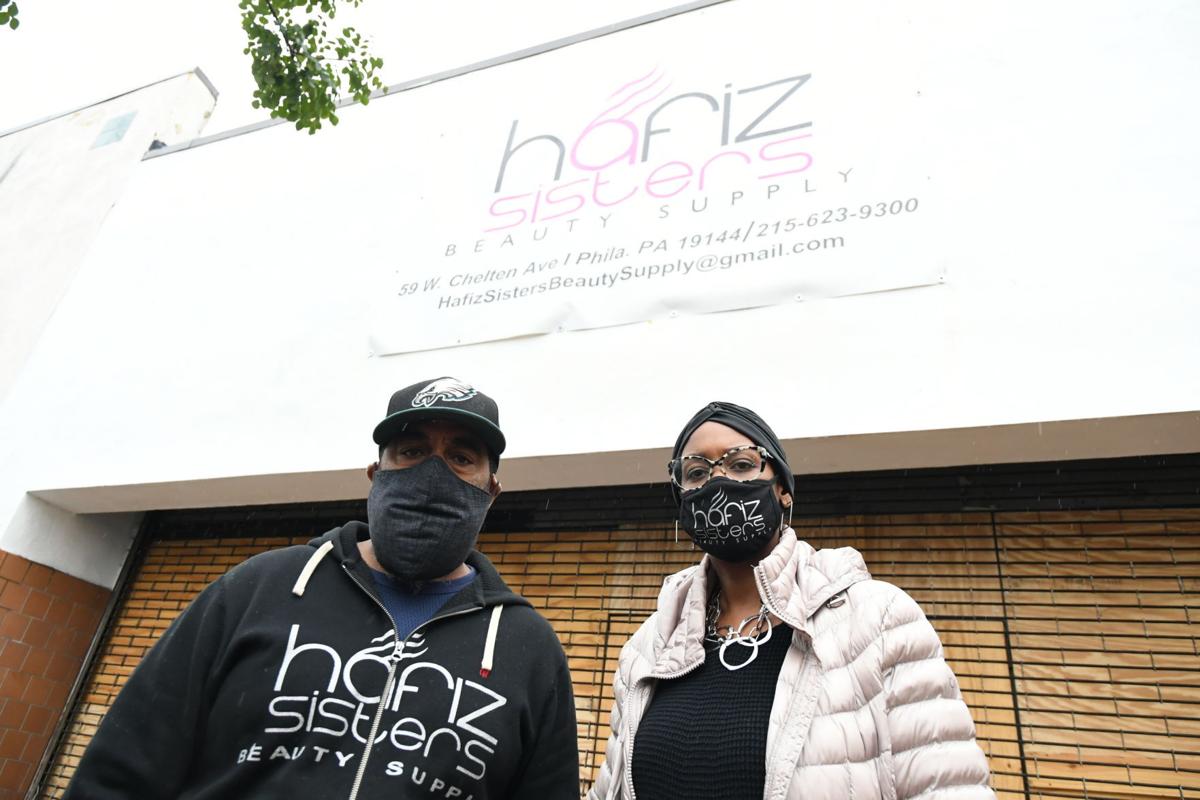 Troy Moore, a co-owner of Hafiz Sisters Beauty Supply in the Germantown neighborhood, says the looting that occurred this week will have a ripple effect on affected communities in Philadelphia.

Jameelah Scurry is left feeling violated after looters stole all the merchandise from her clothing and accessories shop.

The owner of La’vanter Boutique at 1334 W. Venango St. watched in disbelief as security video footage showed looters ransacking her business on Tuesday.

Her boutique joins a score of small businesses and big-box stores that were looted throughout Philadelphia during the unrest sparked by the fatal police shooting of Walter Wallace Jr. on Monday in West Philadelphia.

“When I got to the store it was completely empty,” said Scurry, who marked her second year in business. “I couldn’t believe it. I just bust out crying.”

This marked the second time her boutique was burglarized, with the earlier incident occurring in August. Like other entrepreneurs she was also dealing with the pandemic’s economic impact.

“We were just recovering from all of that, so this was devastating,” Scurry said.

Scurry quit her job to become a business owner. She and her brother sold the family house and invested their personal savings into launching the boutique two years ago.

“There just were a lot of sacrifices and people don’t understand that,” Scurry said. “We’re not successful yet. We’re still struggling entrepreneurs. We’re not a big corporation. We’re not millionaires. We can’t bounce back from certain things.”

People have stepped up to support Scurry’s GoFundMe campaign to assist in rebuilding the business.

“It’s a blessing,” she said of the donations and kind words from community members.

Meanwhile the owners of Hafiz Sisters Beauty Supply at 59 W. Chelten Ave. are trying to figure out their next move after their shop was looted early Wednesday morning.

The security gate at the storefront was dislodged and then looters smashed the front glass window. Petty cash and beauty supplies were taken from the store.

“We are blessed that they didn’t come with shopping bags, like they did other stores and take everything,” said Zainab Hafiz-Moore, a co-owner of beauty supply store.

“We can come back God willing,” she said.

Hafiz-Moore along with her sister, Atiyya Flournoy, and their husbands, Jerrell Flournoy and Troy Moore, opened the shop on Chelten Avenue last year, becoming one of Philadelphia’s few Black-owned beauty supply owners.

The sisters were forced to shutter their business for the last two days due to the looting damage.

“We’re kind of in a stall pattern because we are trying to determine what our next move is and continue doing business under these circumstances,” said Troy Moore, a co-owner of Hafiz Sisters.

“The sad thing about this whole thing is that unfortunately everyone is pressured because of COVID, and they just took some opportunities to do some things maliciously. Unfortunately we have that 10% that always is looking for a reason to do some damage where they can get away with it and this may fall under that umbrella.”

Troy Moore said the looting and vandalism of local commercial corridors and shopping centers will have a ripple impact on the affected communities.

“It affects all of us, especially the seniors that look to have that comfort to walk to their neighborhood shopping centers, as opposed to having to drive (a) distance,” he said.

According to a Philadelphia Department of Commerce spokesperson, more than 200 businesses were burglarized Tuesday night.

The city is working with neighborhood groups in commercial corridors across Philadelphia, including Community Development Corporations and Business Improvement Districts.

The Commerce Department is assessing what it can do to support businesses damaged by vandalism or looting, including connecting them to financial support from partners organizations.

City officials are urging people to stop the looting.

“The widespread lawlessness, including the burglary and looting of area businesses served no purposes whatsoever,” Philadelphia Police Commissioner Danielle Outlaw said during a press conference Wednesday. “These individuals are doing nothing but wasting our precious resources.”

Shaka Johnson got the call from the family of Walter Wallace Jr. on Tuesday.