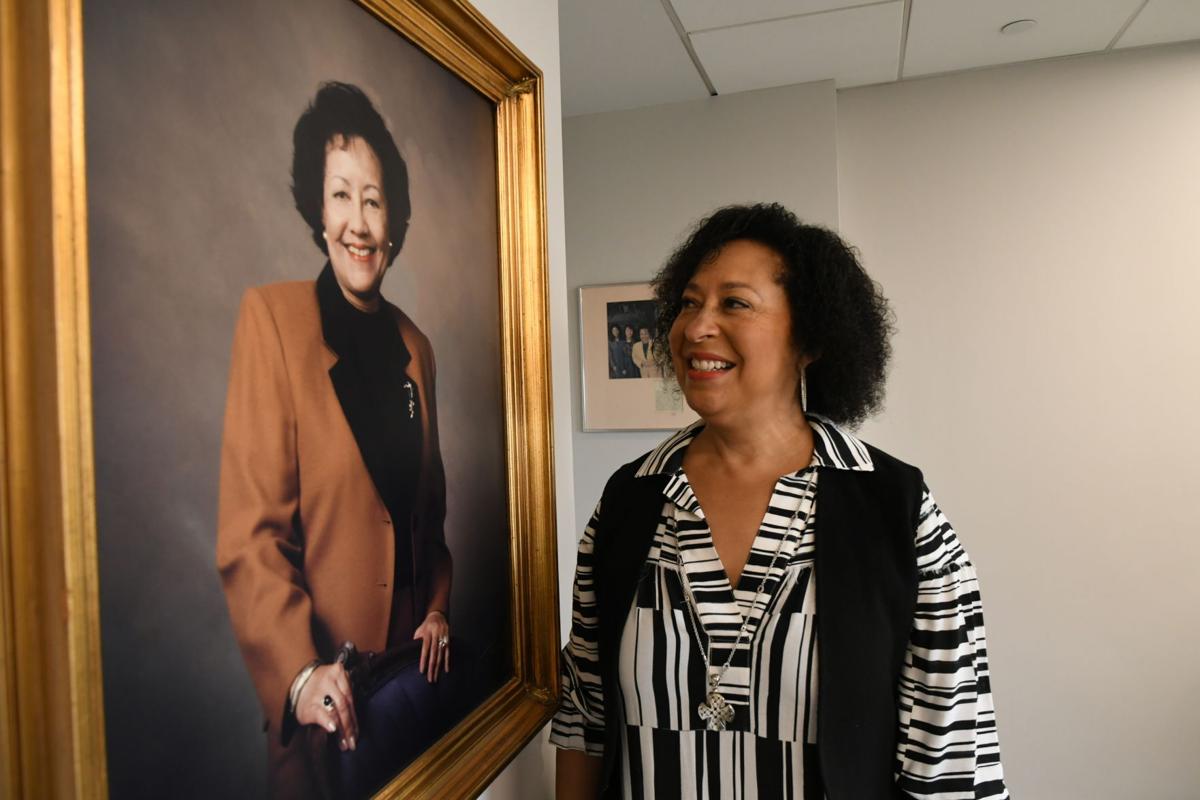 Cheryl McKissack Daniel, president and chief executive officer of McKissack & McKissack, poses with a photo of her mother, architect Leatrice Buchanan McKissack. Leatrice McKissack retired from the business in 2000 after serving as CEO. 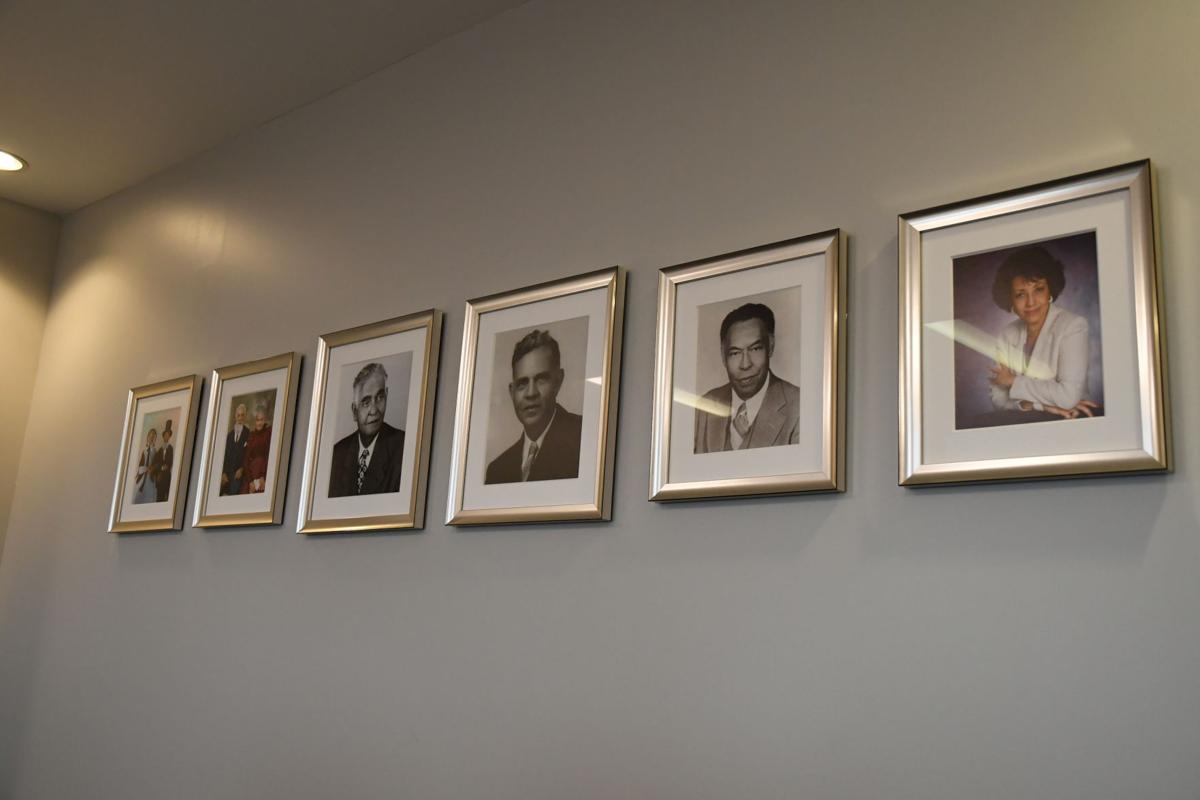 Photos of the McKissack family grace the wall of McKissack & McKissack’s office in Center City Philadelphia. 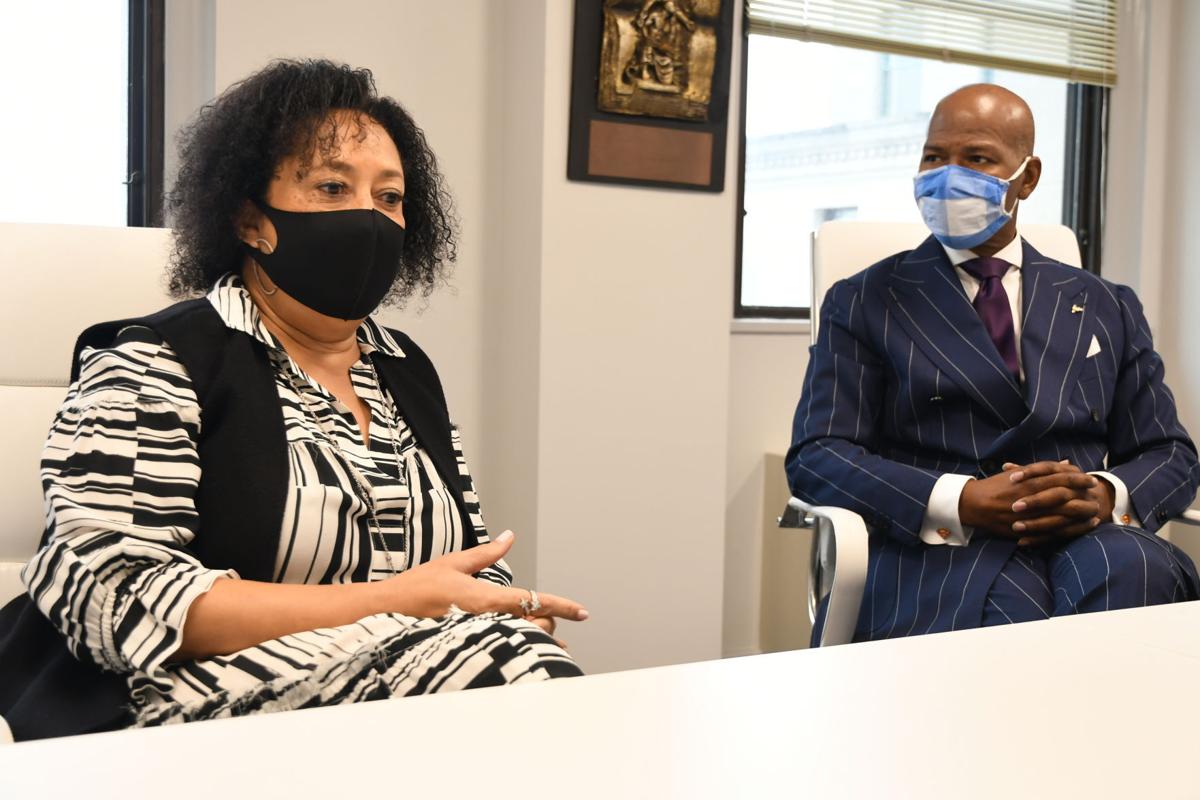 Cheryl McKissack Daniel, president and chief executive officer of McKissack & McKissack, poses with a photo of her mother, architect Leatrice Buchanan McKissack. Leatrice McKissack retired from the business in 2000 after serving as CEO.

Photos of the McKissack family grace the wall of McKissack & McKissack’s office in Center City Philadelphia.

The nation’s oldest African-American and women-owned design and construction professional services firm is continuing to thrive and persevere.

McKissack & McKissack is a 115-year-old company led by Cheryl McKissack Daniel, who is president and CEO.

The McKissack legacy dates back to 1790, when Moses McKissack — a slave — studied to become a skilled bricklayer under his owner.

The company was founded by his grandsons Moses McKissack III and his brother Calvin in 1905. The men became the first African Americans granted permission to become architects in Tennessee.

McKissack has grown from humble Tennessee company to a nationally recognized firm that contracted more than $50 billion in projects in the last decade and has 150 employees. The company provides construction management services to major companies, municipalities and government agencies in the education, health care, infrastructure and transit sectors.

“We have re-engineered,” McKissack Daniel said as she reflected on McKissack’s legacy.

“We have done everything to stay alive. We have gone through slavery, Jim Crow, segregation (and) Me Too. We went through all those eras and we survived those eras. I think a lot of it had to do with our work with the Black community.”

She recalled the early years when her grandparents used to build churches at cost throughout the Southeast.

“That really helped the Black community because at the time, everything came through the Black church,” said McKissack Daniel, who represents the fifth generation of her family’s business.

“So to have your own church meant a lot in Black communities.”

Her father William DeBerry McKissack took over the business in 1968. Her mother Leatrice Buchanan McKissack became the leader when he died.

McKissack Daniel was named the company’s CEO in 2000. She said McKissack experienced growth after opening a branch on the East Coast corridor.

McKissack Daniel said the region is still full of business opportunities, even though there’s been slight downturn in construction industry due to the pandemic.

When McKissack opened its Philadelphia office 25 years ago, it was welcomed by former City Councilmembers Marian Tasco and Augusta “Gussie” Clark. McKissack Daniel credits the politicians with introducing the company’s officials to Philadelphia’s influential figures and helping it grow.

McKissack was the first minority business enterprise to be awarded a prime contract for SEPTA.

The company is currently working on significant initiatives around the nation, such as a major John F. Kennedy Airport project. McKissack serves as program manager on a $7 billion joint project developed by The Carlyle Group, Magic Johnson Enterprises and Loop Capital to build JFK Terminal One.

“I think they have extremely helpful in our growth because it levels the playing field and allows us to at least get a chance to submit RFPs (requests for proposals) as a prime contractor and that is pretty much how we grew our business,” said the civil engineer with more than 25 years of experience.

“These programs are very effective. Without them we would not be anywhere.”

“We looked at agencies that had decent budgets where we knew we wanted to be a prime, but couldn’t be a prime right off the bat because they didn’t know us,” McKissack Daniel explained.

“So we had to sub to larger firms like the Gilbanes and the Keatings and through those sub arrangements we got to know our client better. Our staff better understood polices and procedures of that agency and overtime we were able to convert that sub role to a prime role.”

When McKissack became the independent engineer for Metropolitan Transportation Agency (MTA) of New York, that helped the company pursue contract opportunities in Philadelphia.

She’s has been approached by developers who wanted her company to serve as a “front.” McKissack Daniel described an occasion when a developer wanted to use the McKissack name and experience to pursue a major project with a New York state agency in 2019.

“He wanted to do all the work and he wanted to control everything even though he had our name up front,” she recalled.

McKissack Daniel ended up turning down his request for their companies to work together.

Despite her company’s success, she said obtaining working capital continues to be a challenge.

“That’s the only way to scale it,” McKissack Daniel said. “You’ve got to have capital and we just don’t have access to that, even after 115 years and all the projects we’ve done.”

Throughout the years, McKissack has focused on community outreach, mentoring and working with other minority and women-owned business enterprises.

“We always thought that we needed to make sure there were other MWBEs that we could rely on because at the end of the day, more means more better competition and more opportunities for everyone,” said Dean Robateau, senior vice president, strategic development and operations at McKissack.

And in an effort to spur Black entrepreneurship, McKissack Daniel partnered with John B. Rice to launch Legacy Engineers, an mechanical, electrical and plumbing engineering startup. They plan to turn the company over to a group of African-American engineers that they are mentoring.

The city will ease some of its limits on events, outdoor dining and sports venues, Dr. Tom Farley, the Philadelphia health commissioner, annou…