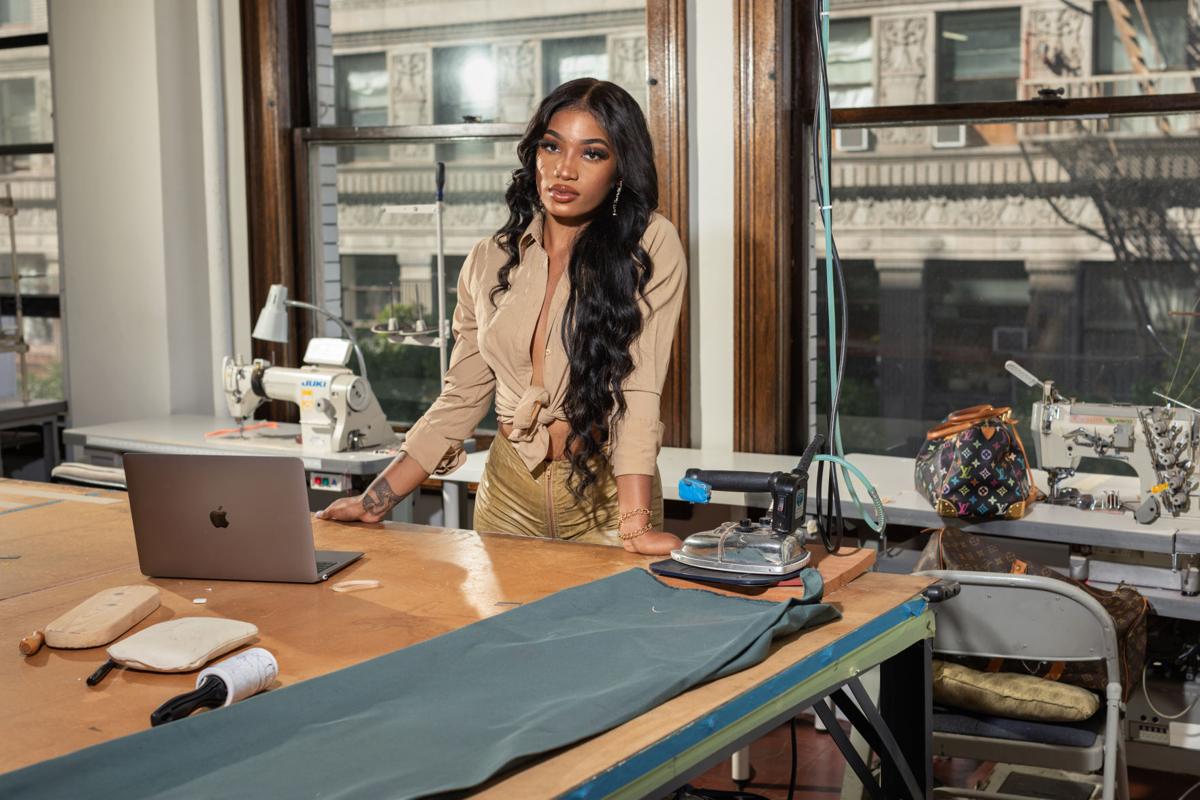 Dionne Clouser, who runs her own fashion line in Los Angeles, say larger brands have replicated her designs without credit or compensation. 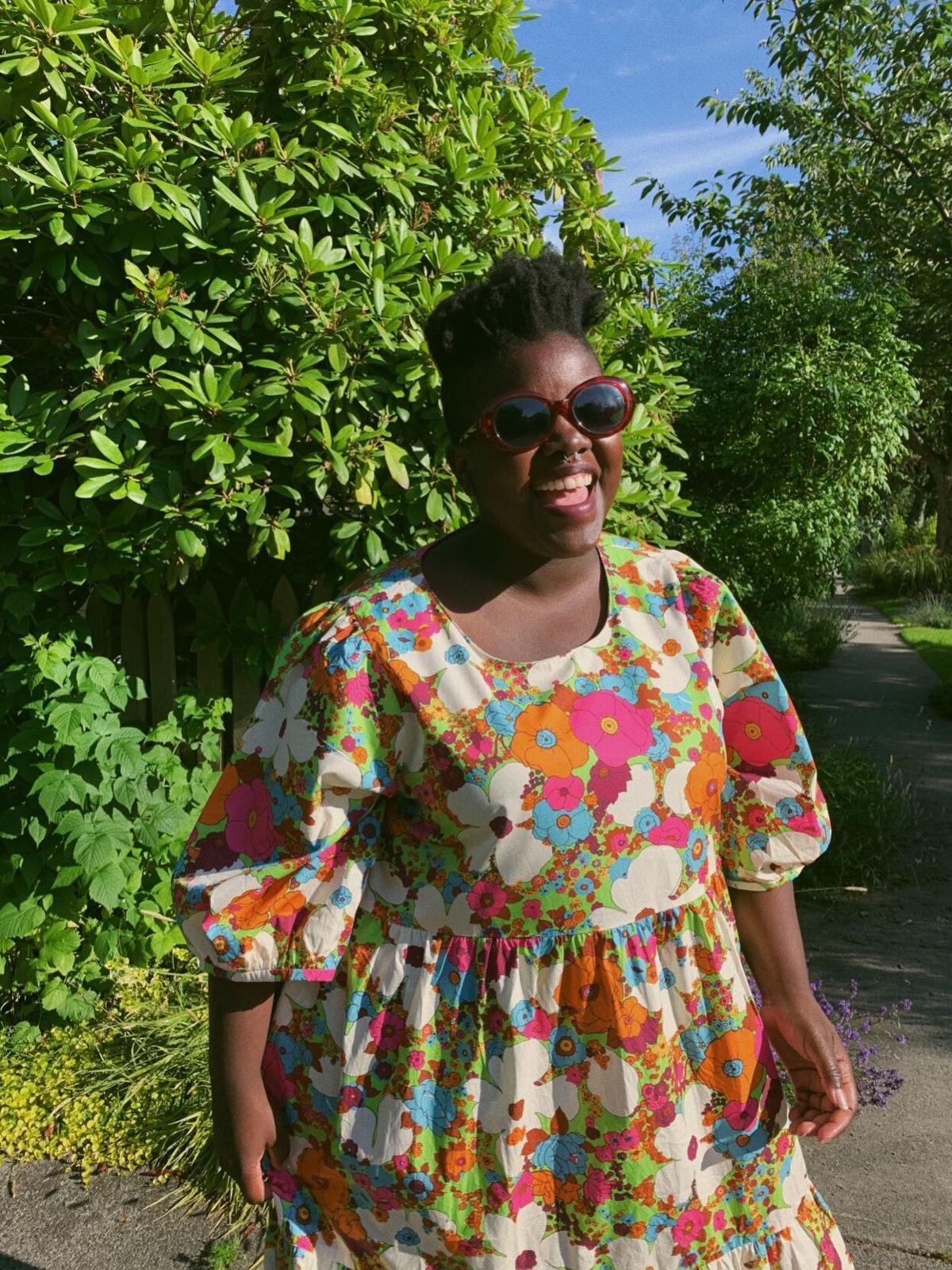 Lydia Okello, an influencer, says Anthropologie has evaded requests for payment for a social media campaign. 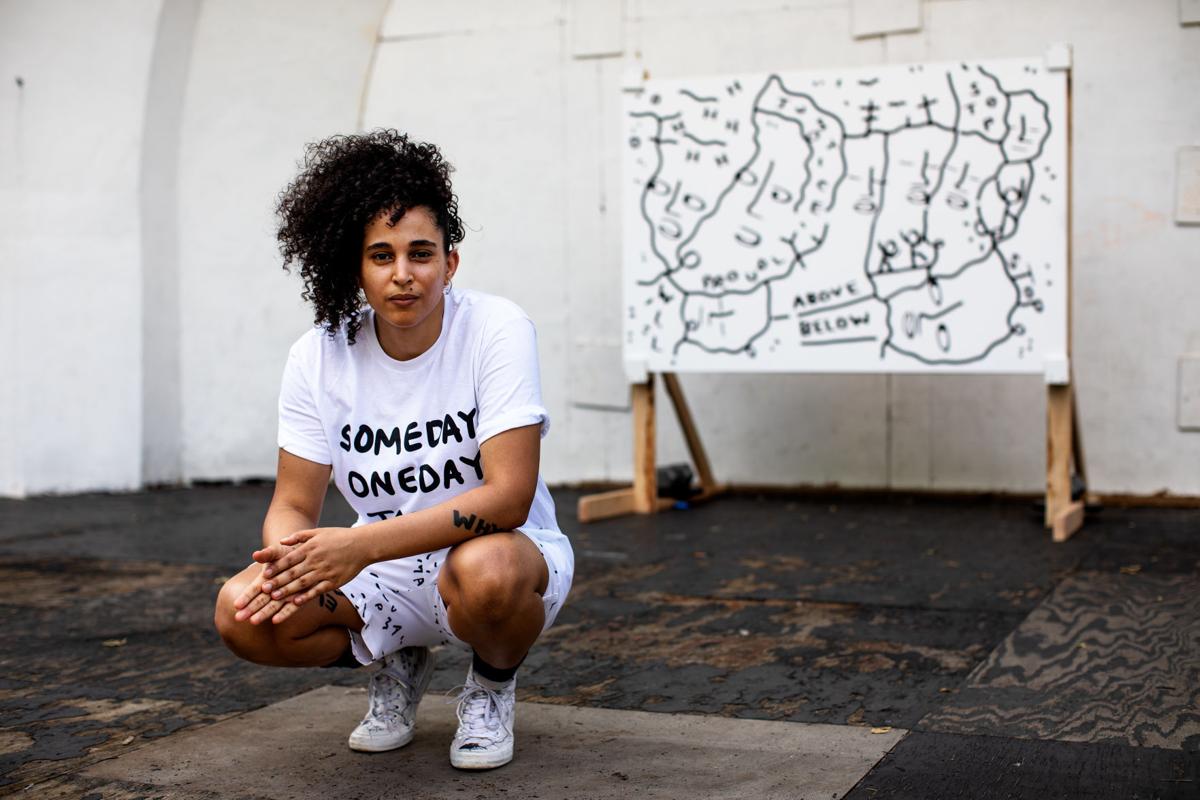 Dionne Clouser, who runs her own fashion line in Los Angeles, say larger brands have replicated her designs without credit or compensation.

Lydia Okello, an influencer, says Anthropologie has evaded requests for payment for a social media campaign.

The streets of New York were crowded with protesters when Shantell Martin received an email from an ad agency last month.

M:United, a firm owned by the global advertising company McCann, wanted to know if Martin, a Black artist, would be interested in creating a mural about the Black Lives Matter movement on Microsoft’s boarded-up Fifth Avenue storefront. And could she do it, the email said, “while the protests are still relevant and the boards are still up, ideally no later than this coming Sunday?”

Several other Black artists received the same email. In an open letter to Microsoft and McCann, Martin and the other artists described the invitation as “both shocking and somehow predictable.” They also wrote that it “betrays a telling and dangerous opportunism.”

“In their rush to portray a public solidarity with the Black Lives Matter movement, companies risk reinscribing what got us all here: the instrumentalization and exploitation of Black labor, ideas and talent for what is ultimately their own benefit and safety,” the group wrote.

The efforts of major companies to publicly support the protests against racism and police brutality have rung hollow for some Black workers in creative fields.

Artists, models, designers, copywriters and others said they had been drafted to lend legitimacy to companies that fail to live up to principles of diversity and inclusion. They said they had been pigeonholed for roles in ad campaigns or penalized when they raised objections about efforts they felt were insensitive, and had been underpaid or not given proper credit for their work.

After Martin posted on Instagram on June 6 about the mural request, several McCann employees told her that the ad agency had reached out to her and other artists despite some internal objections about how the project was being handled, she said in an interview. Both Chris Capossela, the chief marketing officer of Microsoft, and Harris Diamond, the chief executive of McCann, apologized publicly to Martin on Twitter.

The language used in the email to Martin “was flat out wrong,” Diamond wrote. Microsoft said in a statement that the message was “an unacceptable mistake” and that the company took “full accountability.”

A group of marketing professionals, Lexie Pérez, Julian Cole, Stephanie Vitacca and Davis Ballard, began tracking the flood of company statements of solidarity in an open Google Slides document that they released June 5. They noted that companies often seemed to be “seeking participation trophies” and trivializing the Black Lives Matter movement with “empty and vague platitudes,” providing no concrete plans for change and ignoring complaints of inequality internally.

“This is the current issue of the day,” said Sonya Grier, a marketing professor at American University. “It has become almost standard for companies to jump in, because everyone expects them to have some kind of social presence explaining how they align on race.”

So-called protest art has appeared on the doors and boarded windows of upscale brands like Free People, 7 For All Mankind and Hugo Boss. Scores of companies participated in #BlackoutTuesday on Instagram last month, posting black squares on their feeds with captions expressing solidarity with the movement.

But consumers are increasingly sensitive to how companies express their positions. Twenty percent of U.S. adults surveyed in late June said they would stop buying from a company deemed to be acting hypocritically on the issues of police violence and racial injustice, the polling and market research firm Opinium said last week.

After the publishing giant Condé Nast and the website Refinery29 publicly backed the Black Lives Matter movement, they faced accusations of mistreating employees of color. Leaked grooming guidelines for store employees of Australian fashion label Zimmerman, which recently denounced racism and quoted Archbishop Desmond Tutu on its Instagram account, were found to discriminate against Black women who wear their hair naturally.

In a statement, Zimmerman said it condemned racism and was “determined to be part of meaningful and positive change in the global fashion industry.”

Many creative workers are self-employed and are not protected by human resources departments or represented in corporate surveys. Many independent Black artists, like Martin, said they were frequently asked to provide input on diversity initiatives, but were not compensated as consultants.

Last month, fashion designer Dionne Clouser saw a design from her Dionne by T brand replicated on the Instagram account of the fast fashion label Pretty Little Thing. She had seen her work borrowed without credit before, but this time, the theft seemed especially brazen. Just a few months earlier, Clouser said she had turned down an offer to be a brand ambassador for Pretty Little Thing.

But as a small-business owner with limited funds, she opted not to take on the far larger company in court. Pretty Little Thing declined to comment.

“I’ve gotten used to it, but it leaves a bad taste for me,” Clouser said.

Lydia Okello, a Black queer influencer who uses the pronouns they and them, said they also felt powerless pushing back against large fashion companies. Okello received an offer from Anthropologie of a free outfit if they published content on Instagram and provided several images to the company for a social media campaign pegged to Pride month. Okello responded with their standard rates, but said the producer who had reached out repeatedly evaded their request for payment — treatment that they did not believe a straight, white influencer would have experienced.

URBN, the company that owns Anthropologie, said in a statement that it “handled our overture to Lydia poorly.” The company said it was evaluating how to make future interactions with influencers more transparent and respectful while clarifying guidelines for compensation.

“I’ve worked as a Black creative all my adult life, and I’ve noticed that there’s often an assumption that you should feel flattered that this large company is reaching out to you, that it has noticed you, and that reflects a greater cultural narrative that the creative work of marginalized groups is less valuable,” Okello said. “It’s like, ‘Just shut up and take it, or we’ll find someone else.’”

Exacerbating the problem is a lack of diversity in leadership roles in the industry. Ad agencies and marketing executives from companies such as General Motors, McDonald’s and Walmart vowed in a public letter to address the issue.

But the messages of solidarity, while encouraging, “ring hollow in the face of our daily lived experiences,” according to a letter signed by hundreds of Black advertising employees in June.

Serial entrepreneur Tayyib Smith remembers seeing Jesse Jackson, Barack Obama, and a dead body all on 52nd Street in West Philadelphia — not a…