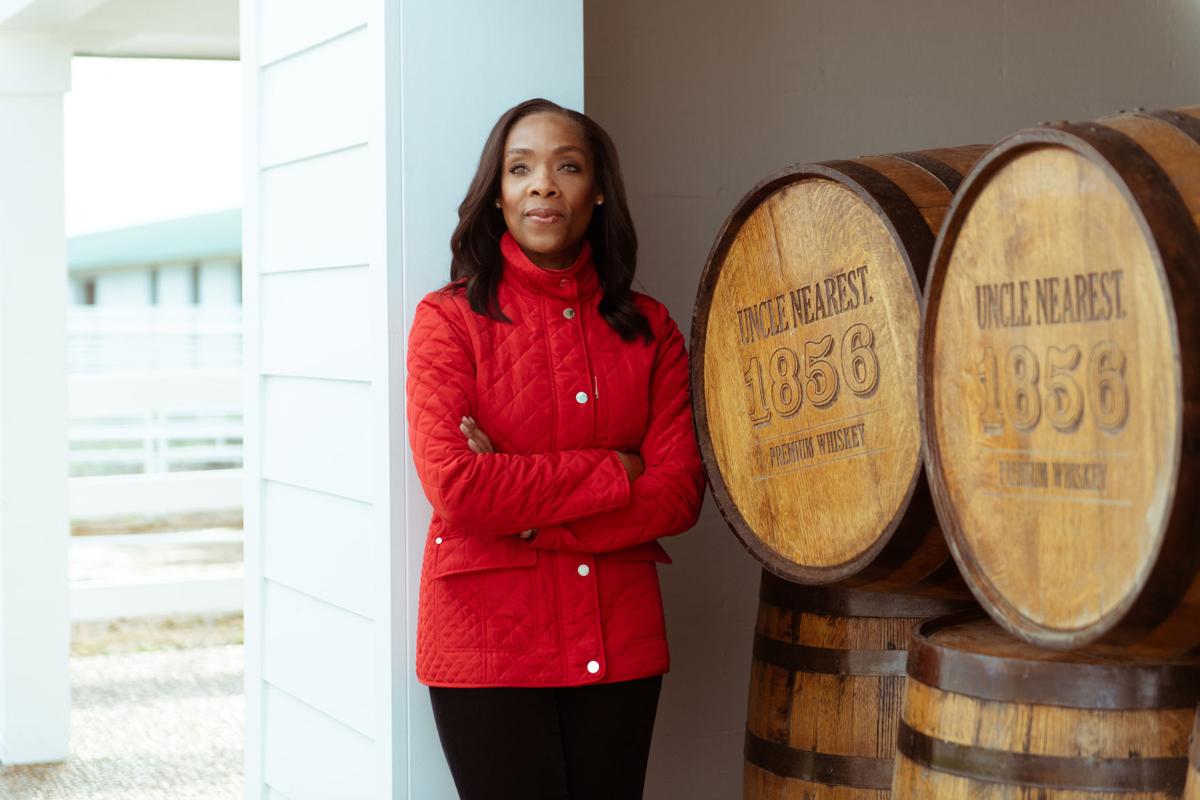 Fawn Weaver, the founder of Uncle Nearest Premium Whiskey, began bottling the whiskey as a passion project to honor Nearest Green, the formerly enslaved distiller who taught Jack Daniel how to make whiskey. —Jason Myers via The New York Times 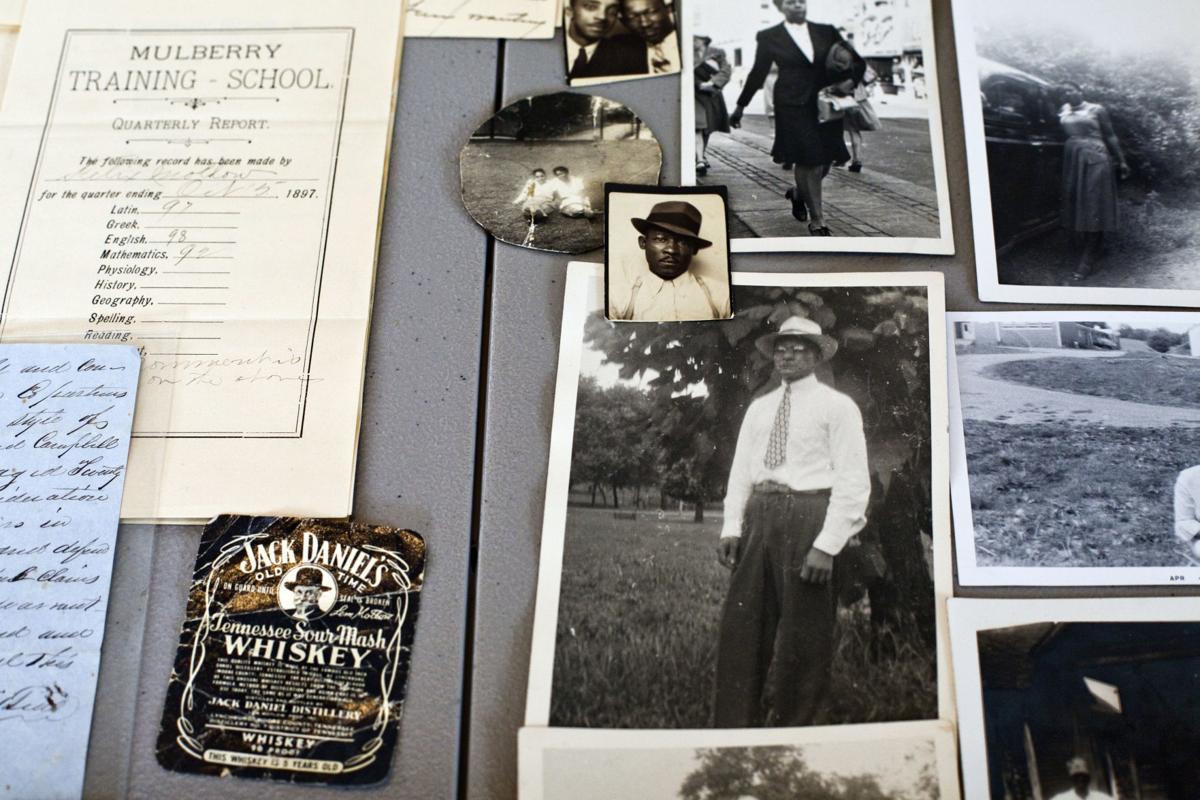 Documents and artifacts, in Lynchburg, Tenn., that are related to Jack Daniel and Nearest Green, have been collected by Fawn Weaver. —Nathan Morgan/ The New York Times

Fawn Weaver, the founder of Uncle Nearest Premium Whiskey, began bottling the whiskey as a passion project to honor Nearest Green, the formerly enslaved distiller who taught Jack Daniel how to make whiskey. —Jason Myers via The New York Times

Documents and artifacts, in Lynchburg, Tenn., that are related to Jack Daniel and Nearest Green, have been collected by Fawn Weaver. —Nathan Morgan/ The New York Times

In 2017 Fawn Weaver began bottling Uncle Nearest Premium Whiskey as a passion project to honor Nearest Green, the formerly enslaved distiller who taught Jack Daniel how to make whiskey. Four years later, her bourbon has sold nearly 1.5 million bottles, according to a recent report in The Spirits Business.

Uncle Nearest is now the nation’s fastest-growing whiskey brand, according to the drinks-market analysis firm IWSR. It’s a testament not just to the quality, but also to the power of an inclusive brand with a compelling story.

Last week, Weaver, the company’s founder and CEO, went a step further toward diversifying an industry long dominated by white men, as the company announced the creation of a $50 million investment fund aimed at helping minority-owned spirits businesses grow. The announcement was timed to mark the 100th anniversary of the Tulsa Race Massacre, in which a prosperous Black neighborhood in Tulsa, Oklahoma, was destroyed and hundreds of residents were killed by a white mob.

“I am looking for the brands that have the ability to be the next Uncle Nearest,” she said during a video conference call with her staff. “What that means to me is, they are not building to flip, they’re not building to sell. They’re building to create generational wealth.”

Weaver said she expected to close the Uncle Nearest Venture Fund to investors by the end of June, with at least 50% of the capital coming from Black investors. Uncle Nearest, which is privately owned, will also invest.

The fund already has two investments in the pipeline. One is a $2 million stake in Jack from Brooklyn, which in 2012 became the first known Black-owned distillery to open in the United States since Prohibition, but ran out of money and closed. The money will go toward a relaunch of Sorel, a sweet, spiced hibiscus liqueur with Caribbean roots developed by the distillery’s founder, Jackie Summers.

A second $2 million investment is for the Equaino Rum Co., a British rum brand named for Olaudah Equiano, a prominent figure in the abolition movement who was born in Africa and enslaved in the Caribbean, and bought his way to freedom in 1766.

The Uncle Nearest Venture Fund will be overseen by a board of seven directors, including Weaver; Carolyn Feinstein, former chief marketing officer of Dropbox; and Mark McCallum, former chief brand officer for Brown-Forman, the company that owns the Jack Daniel Distillery.

Black-owned spirits brands will be the first investment priority, Weaver said, but the fund will consider any brand founded or led by a woman or a person of color.

“We are constantly pulling as we climb,” she said. “It’s been part of our ethos from Day 1.”

In 2016, Weaver, then a Los Angeles-based author and real estate investor, traveled to Lynchburg, Tennessee, to research a potential book about Nearest Green, an expert distiller whose real name was Nathan. Green, while enslaved there, had mentored a young Jack Daniel.

Weaver’s ambitions quickly grew; she persuaded Brown-Forman to formally acknowledge Green as the brand’s first master distiller, and the following year she created the whiskey in Nearest’s name.

She said her fruitless search for a Black master distiller led her to fully comprehend the overwhelming whiteness of the world of American spirits. Margie A.S. Lehrman, CEO of the American Craft Spirits Association, said that the lack of diversity has long been an issue for the industry, and that only a handful of American distilleries are Black-owned or Black-run.

“It’s not that people of color don’t have an interest. It’s that we find that they have no path of entry into the industry, no connections where others may,” Lehrman said. “It’s a very, very tough industry to break into, and if you’re a woman or a person of color, it’s even harder.”

In the summer of 2020, Uncle Nearest and Jack Daniel’s announced a joint $5 million initiative intended to bring more Black entrepreneurs into distilling, in part by offering resources and mentorship to one Black-owned spirits company each year. So many Black entrepreneurs reached out for help that Uncle Nearest began its own side project, the Black Business Booster program, to help 16 companies at once.

Weaver said she quickly realized that no amount of support with branding, strategy and publicity would make a difference if these entrepreneurs continued to be shut out from capital.

“Fundraising is all about relationships,” she said. “If you don’t have those relationships, only a tiny fraction of people pitching investors will see funding.”

Micah McFarlane, founder of Revel Spirits, the maker of a high-end agave spirit called Avila, has experienced that struggle firsthand. McFarlane, who is Black, said he has successfully funded his young company by pounding the pavement with persistence and determination — he calls it “working the hamster wheel” — while watching as white founders easily rounded up money from family and friends.

“The reason why there aren’t more Black-owned spirits companies is really simple: It’s the sheer cost of entry in this business,” McFarlane said. “I would say access to capital, having those connections, is the No. 1 thing holding back Black entrepreneurs.”