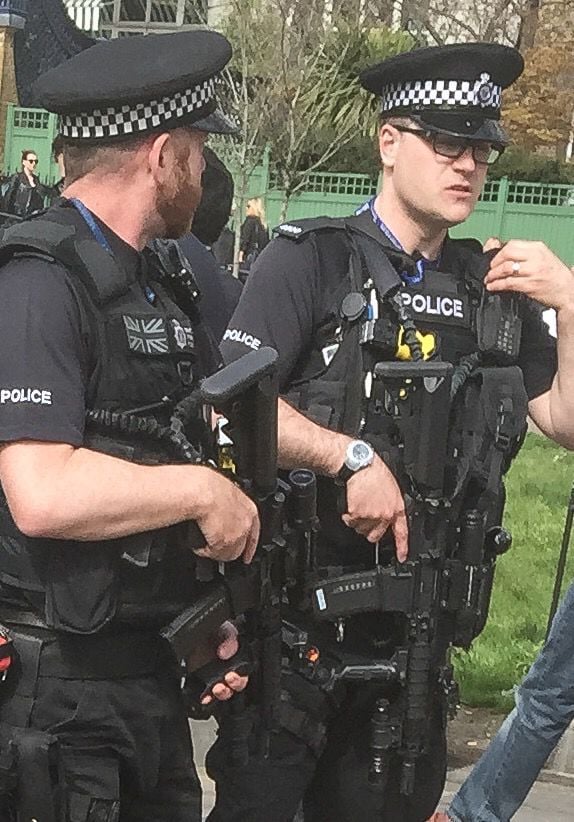 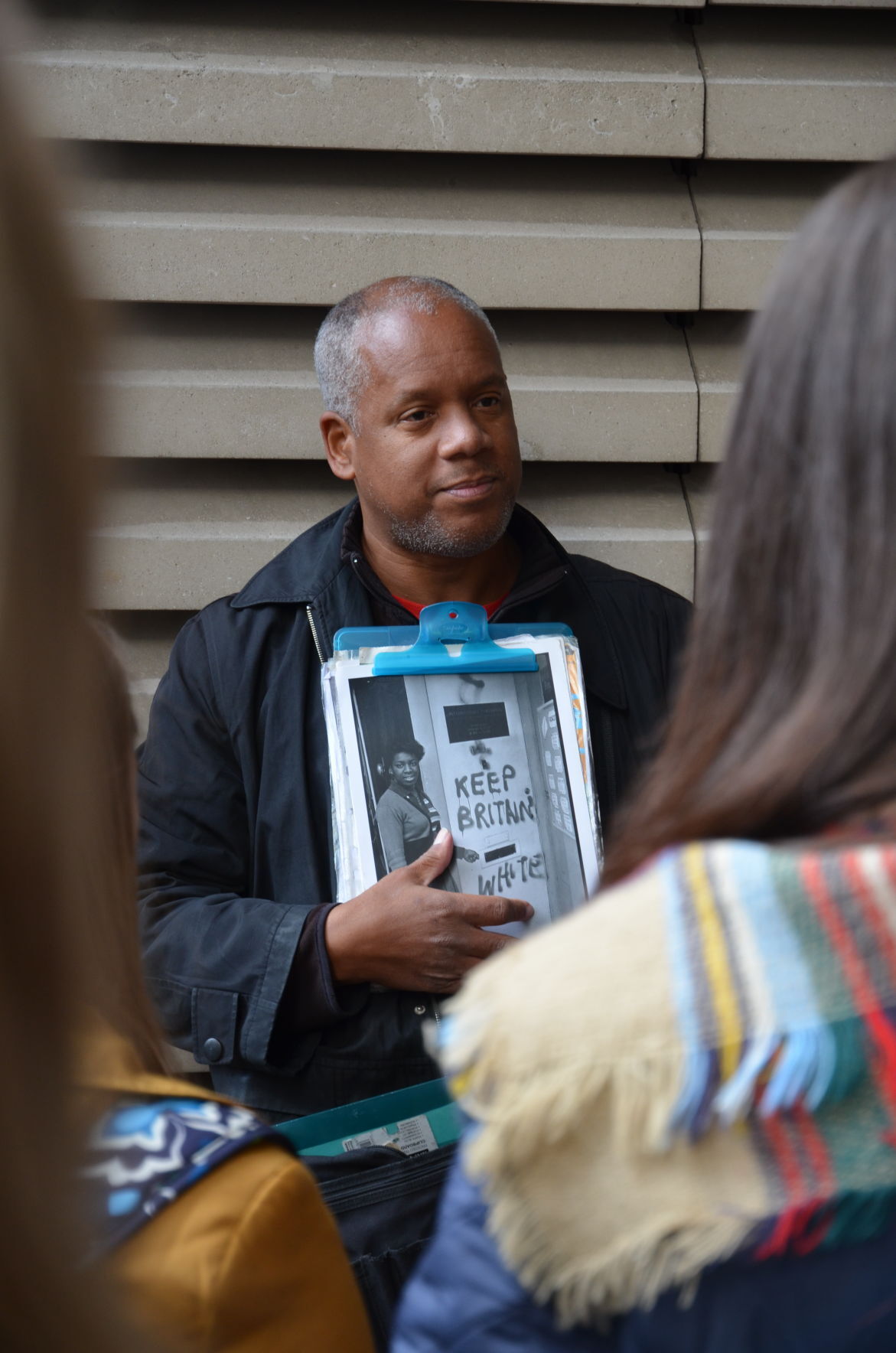 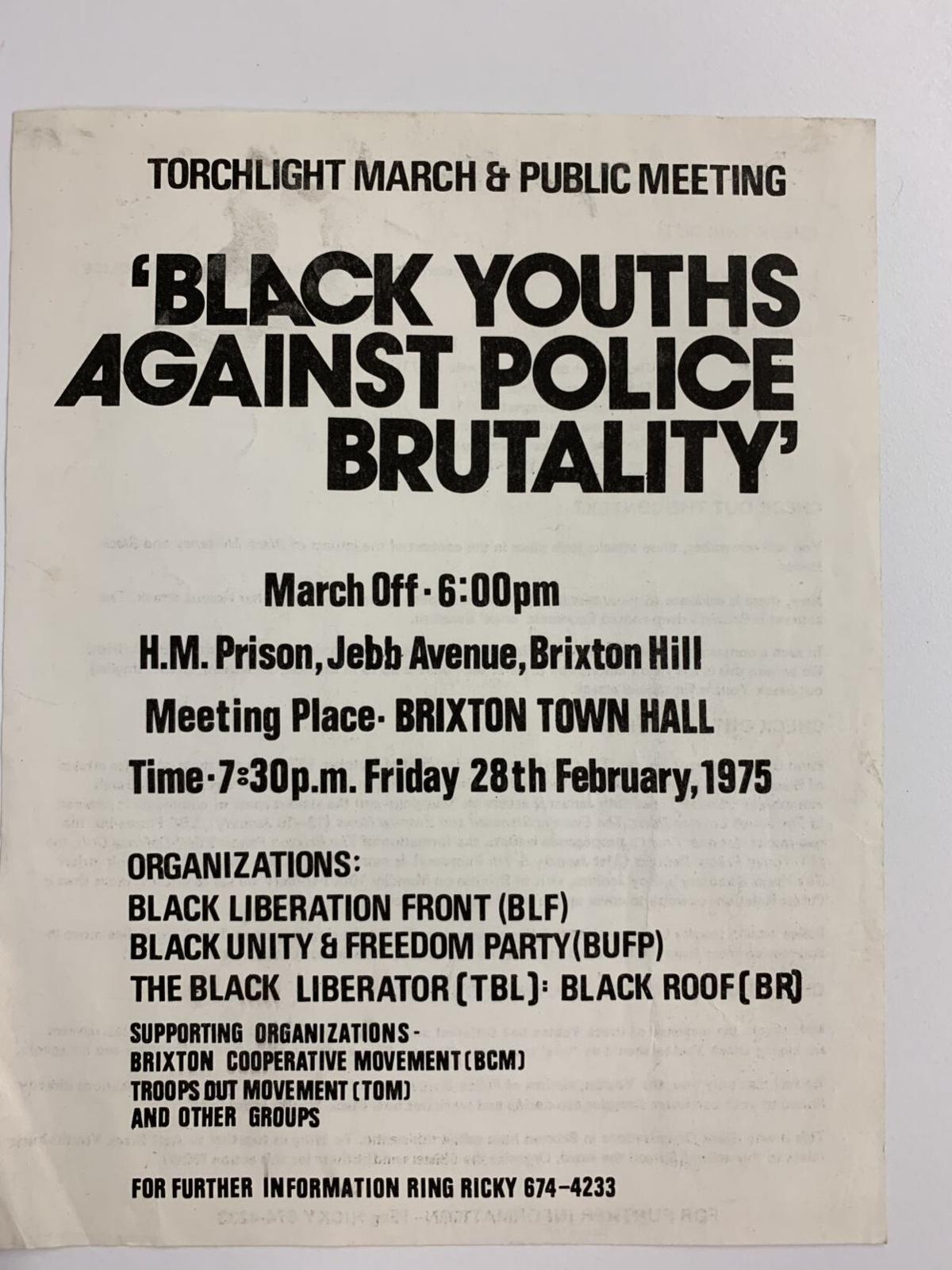 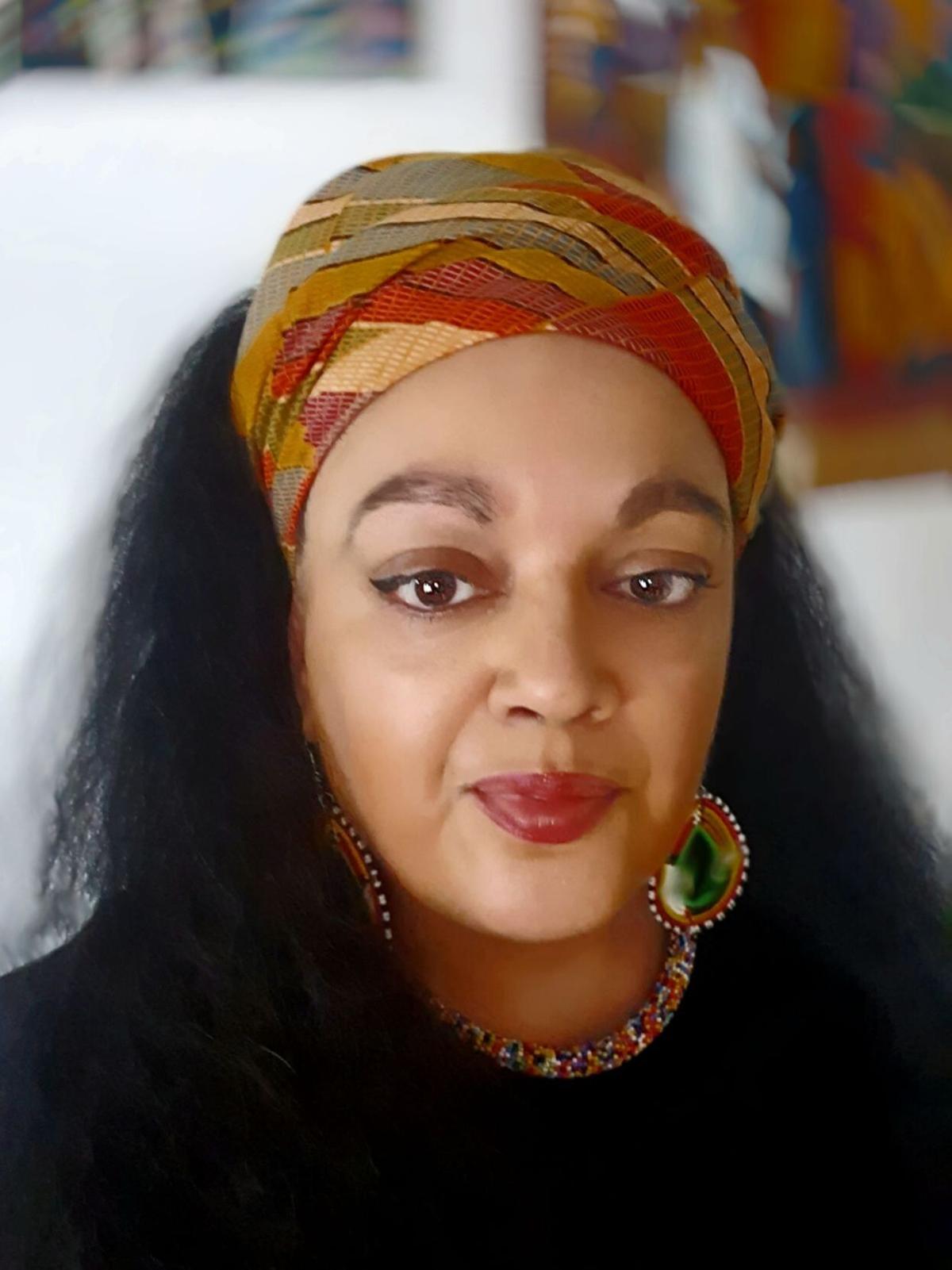 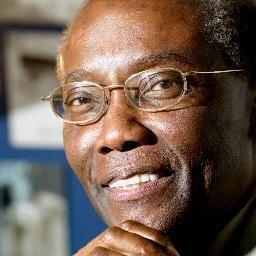 Scientist Sir Geoff Palmer says of the finding’s that “no institutional racism means institutions have to do nothing about racism. This is just a government device to rid the government of responsibility.” —Submitted photo 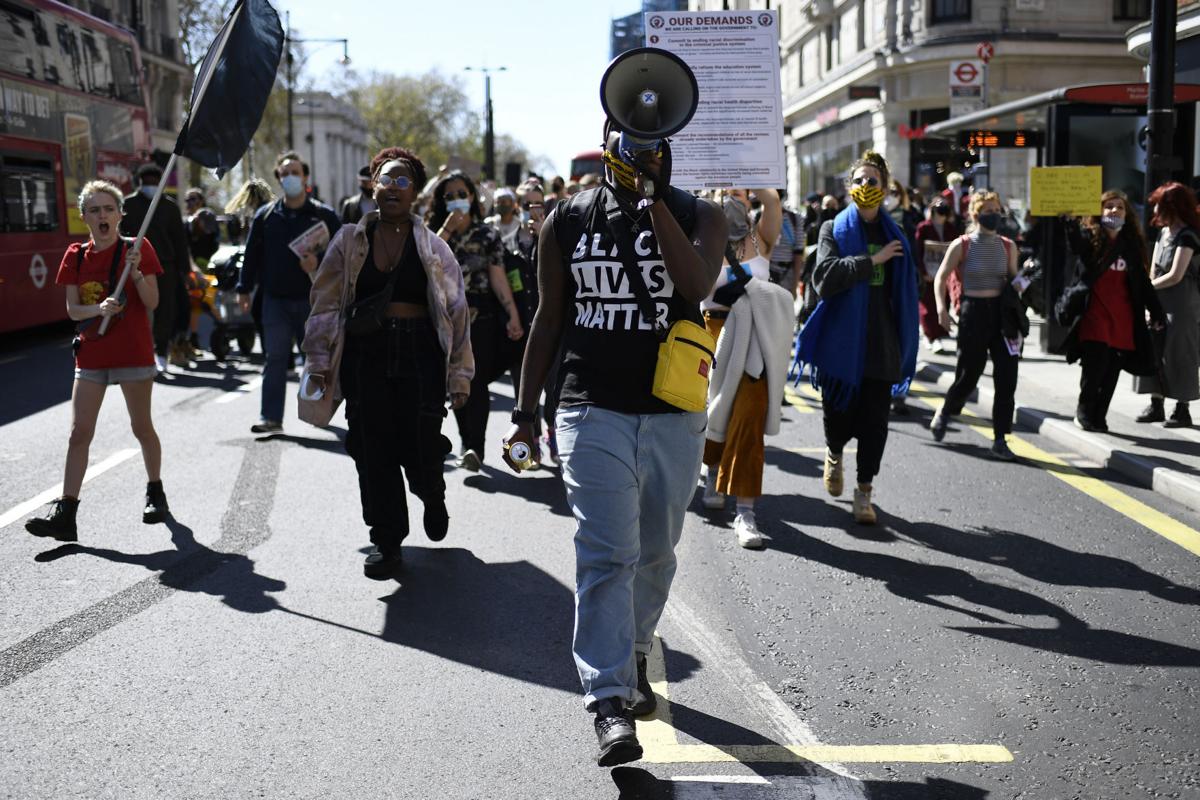 Protesters march in London to support Black Lives Matter and to oppose a bill in Parliament that would give police stronger powers to restrict protests. — AP Photo/Alberto Pezzali 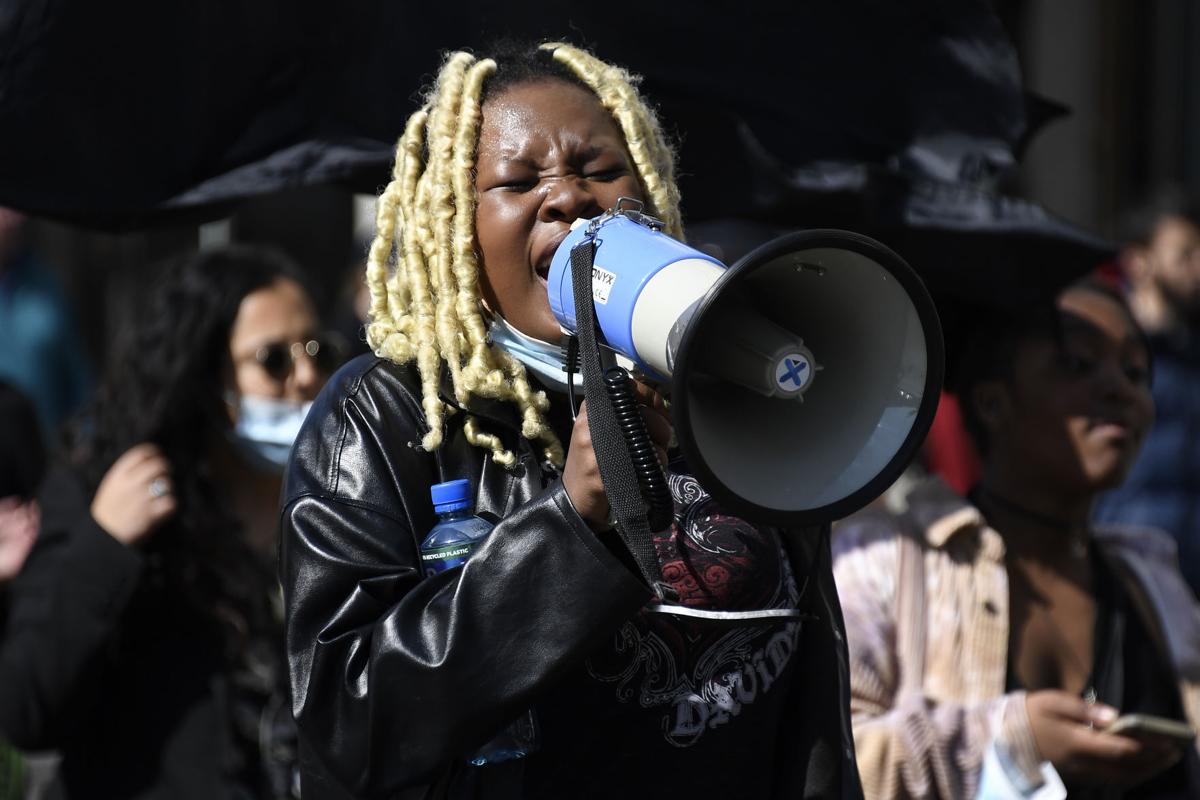 Scientist Sir Geoff Palmer says of the finding’s that “no institutional racism means institutions have to do nothing about racism. This is just a government device to rid the government of responsibility.” —Submitted photo

Protesters march in London to support Black Lives Matter and to oppose a bill in Parliament that would give police stronger powers to restrict protests. — AP Photo/Alberto Pezzali

This ruckus has nothing to do with fallout from the widely watched interview that Oprah Winfrey conducted with the Duke and Duchess of Sussex where those royals-in-exile revealed their encounters with racist behaviors arising from Meghan Markle being Black.

This ruckus is reaction to a report released in March, a few weeks after the Winfrey interview, which proclaimed institutional racism was no longer a problem in England, the country long defined by rigid class and race divides.

The conservative government of British Prime Minister Boris Johnson commissioned the controversial report done by the Commission on Race and Ethnic Disparities.

For example, the unemployment rate for non-whites in England is triple the rate for whites, and Blacks comprise just 155 of that nation’s 23,000 college professors.

The report that acknowledged 28% of Black households were “on persistent low income” compared to 12% of white households denied that exclusionary barriers from discrimination persist.

The release of the report from the Commission on Race and Ethnic Disparities ignited intense outrage across England from petition campaigns to protests. Outrage particularly targeted passages in the report like slavery “culturally” benefited Africans. Nine of the commission’s 10 members are non-white.

The report sparked a sharp rebuke from the United Nations.

According to the United Nation’s Working Group of Experts on People of African Descent, the report cited “dubious evidence to make claims that rationalize white supremacy by using the familiar arguments that have always justified racial hierarchy.”

The report from the Disparities Commission found “white prejudice” dwindling in England. The report proclaimed evidence underlying vast disparities from employment to wealth does not support perceptions that being an ethnic minority in Britain “is to be treated unfairly by default.”

The report claimed disparities that some “attribute to racial discrimination often do not have their origins in racism.” The report declared England’s “largest disadvantaged group is low-income white boys.”

Scientist Sir Geoff Palmer said he sees a political agenda behind the report.

Britain’s Embassy in Washington, D.C., did not respond to requests for comment on the commission’s report.

The report asserted that the unsubstantiated claim from non-whites about institutional racism “diverts attention from the other reasons for minority success and failure, including those embedded in the cultures and attitudes of those minority communities themselves.”

Britain’s government set up the commission last year in reaction to Black Lives Matters protests that rocked England following the murder of George Floyd by a police officer in the United States.

The commission’s report bashed young activists, contending their criticisms that “institutional racism and white privilege” are dominant features in British society will achieve “nothing” beyond alienating “decent” people.

“Police have had a problem with race since the 1950s … racism externally and internally,” he said.

Logan was a police officer and ranking police official in London for 30 years before his retirement in 2013. His efforts to address racism in policing resulted in repeated retribution from authorities. Before that Logan gave up a job as a scientist to try to change racist attitudes from within the police force. His story is seen in the “Small Axe” film anthology by Steve McQueen that looks at Black life in Britain.

In November 2020, a report that examined human rights in England released by Britain’s Parliament amplified Logan’s assessment of institutional racism.

Blacks were five times more likely to “have force used against them by police” as whites, stated the section of the report entitled “Over-representation of Black people in the Criminal Justice System.”

That section also noted that Blacks comprised 7.7% of the prison population despite comprising only 3.4% of England’s population and police arrest Black children four times more often than white children.

Another report from a parliamentary body issued in October 2020 listed no “Black chief officers” on police forces in England.

“Stop and search is one of the most clear examples of institutional racism,” Logan said.

Racial profiling like stop and search plus other abusive policing triggered a series of riots including the disturbances in 2011 that spread from London to other major cities across England after police fatally shot a Black man in North London.

Although a February 2021 British government report stated Blacks are subjected to stop and search at more than twice the rate of whites, the Disparities Commission report defended the practice as a “critical tool for policing” that just needs better public awareness of its “legitimacy.”

Velma McClymont, a community activist, is among many who have demanded that the prime minister reject the commission’s report.

“This report gives Britain a free pass to hold itself up as a place without racism that is better than the U.S.,” McClymont said.

The strident backlash to assertions and inaccuracies in that report prompted a swift response from the Disparities Commission two days after issuance of its report.

“The facts and analysis we presented challenge a number of strongly held beliefs about the nature and extent of racism in Britain today,” the commission’s response said. “Sadly, however, in some cases fair and robust disagreement with the commission’s work has tipped into misrepresentation [that] risks undermining addressing the causes of inequality” in Britain.