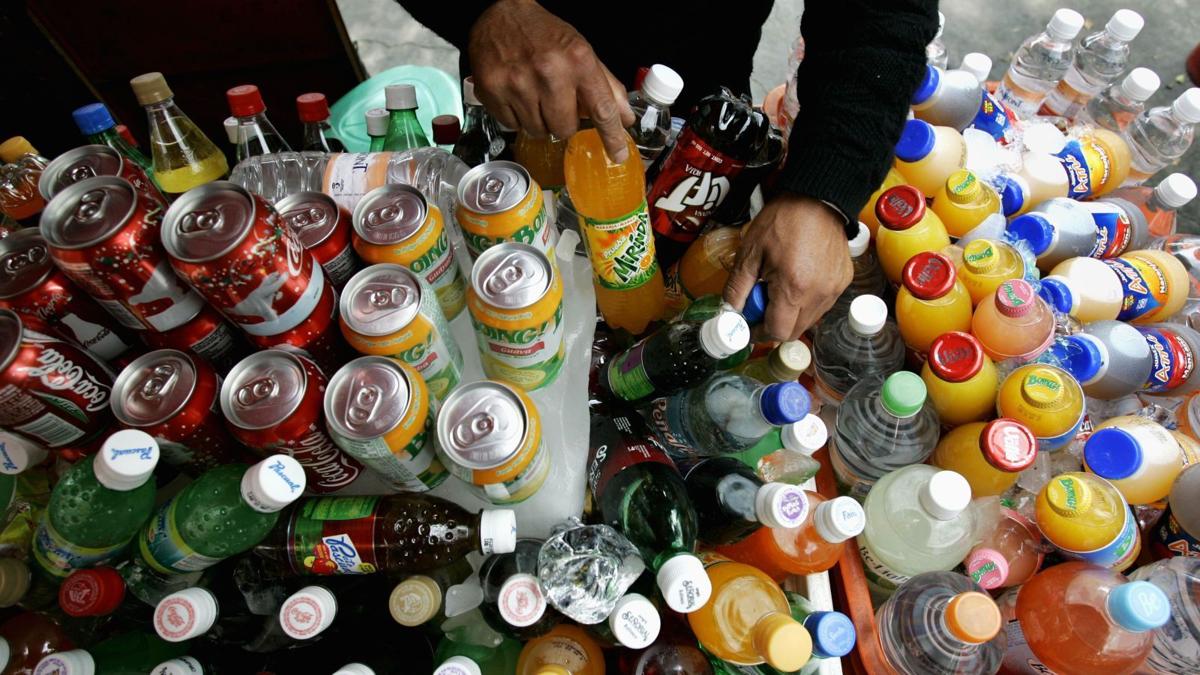 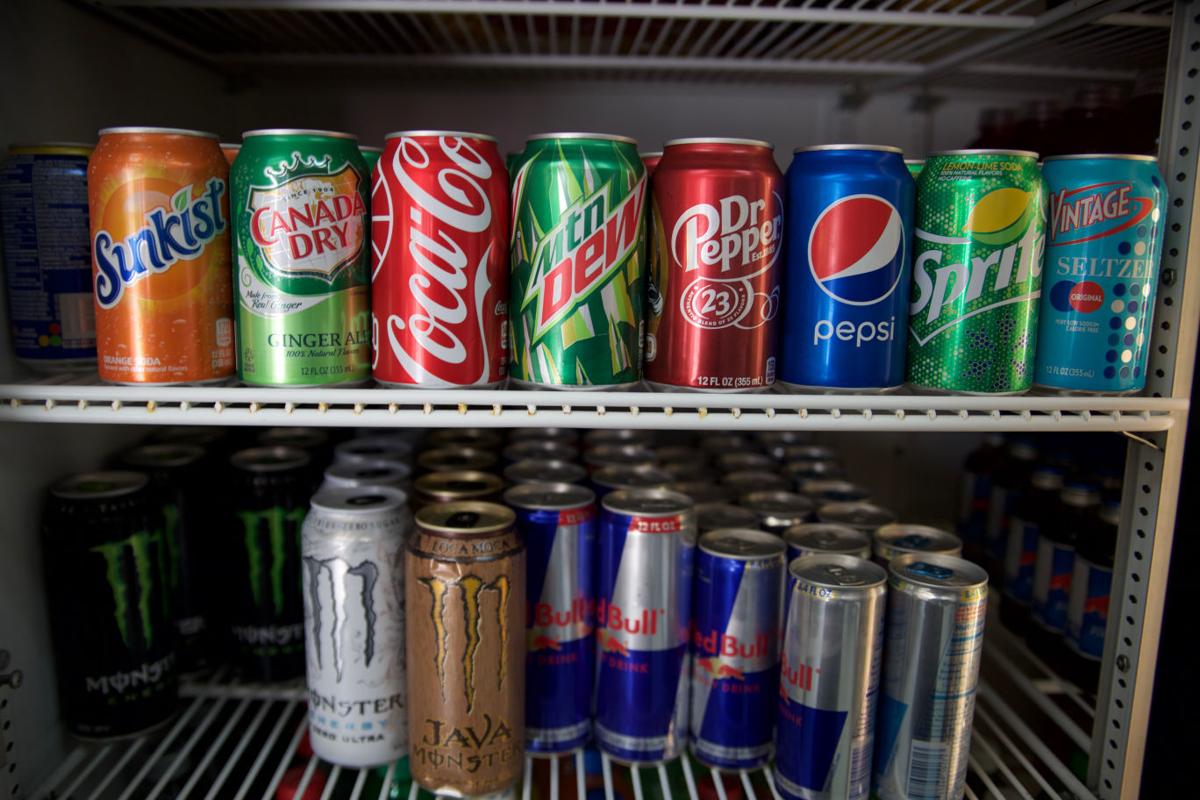 CDC statistics from 2011 show that Blacks out-paced whites, Hispanics and others in daily intake of sugary drinks. — TRIBUNE PHOTO BY TALYA HAILEY

CDC statistics from 2011 show that Blacks out-paced whites, Hispanics and others in daily intake of sugary drinks. — TRIBUNE PHOTO BY TALYA HAILEY

When Mayor Jim Kenney proposed a tax on sugar-sweetened beverages, he selected a product that puts up strong numbers among African Americans — in consumption, targeted advertising and sufferers of potential health-related issues.

“As a whole, Black youth consume more of these drinks,” pointed out Jennifer Harris, the director of marketing initiatives at the Rudd Center for Food Policy and Obesity at the University of Connecticut.

According to the Centers for Disease Control (CDC), persons between the age of 18 and 34 is the most common group of consumers for sugar-sweetened beverages. That group was followed by “men,” Blacks and then Hispanics.

But Blacks, individually, are big consumers of sugar-sweetened drinks. CDC statistics from 2011 show that Blacks out-paced whites, Hispanics and others in daily intake — with about 47 percent of Blacks consuming at least one sugary beverage a day, 18 percent consuming between one and two a day, and about 17 percent consuming more than two a day.

Meanwhile, Black youths saw twice as many ads for sugary and energy drinks compared to white youths in 2013, according to the Sugary Drink F.A.C.T. (Food Advertising to Children and Teens Score).

“(Soda) is marketed to (Blacks) disproportionately,” said Dwayne Wharton, the director of external affairs at the Food Trust, which works to assure broad to access to affordable, nutritious food. “You see more advertisements and sponsorships of individuals who resonate with urban youth. People who sell these products are attached to their brand and that celebrity culture, and all of that is what leads more young people to wanting more soda.”

“African Americans definitely suffer more from heart disease, type two diabetes and other diseases that are linked to consumption,” she said, adding that it’s hard to blame those ailments on soda alone. “We know sugar, and too much sugar, causes those diseases.”

In Philadelphia, 40 percent of adults were obese as reported in the 2014-15 Public Health Management Corporation’s Household Health Survey.

Larry Miller, the spokesman for Philadelphians Against the Grocery Tax, said the beverage industry has done its part to help citizens be mindful of soda consumption.

Miller, who is opposed to the tax because he said it hurts low-income families and small businesses the most, said soda companies have voluntarily provided more diet information on its packaging, vending machines, fountain equipment and on coolers.

"The Balance Calories Initiative is being done in partnership with the Alliance for a Healthier Generation, which was founded by the American Heart Association and Clinton Foundation," Miller said. “Even the full calorie soft drinks in the schools were replaced with lower calorie smaller portions.”

Healthier food options in the Philadelphia School District have lowered obesity rates in children by six percent and lowered sever obesity by 8.5 percent from 2006-2007 and from 2012-2013, according to the Philadelphia Department of Public Health. Obesity has also kept declining, specifically among African American boys.

“We’re doing a of education in schools and were helping to bring drinking water to schools that will appeal to kids,” Wharton said. “We think things like the soda tax and increasing water in schools will make a difference and continue the momentum that we’re seeing in reducing the obesity epidemic.”

Harris stressed that sports drinks are not a healthy option for sodas, insisting they contain mostly sugar.

Kenney’s proposition on raising the tax on sugary drinks in the city has drawn some criticism and accolades from a health standpoint.

“At the Rudd Center, we support whatever is likely to reduce sugary drink consumption,” Harris said. “The research on taxes shows that’s going to be a very effective tool. The soda industry is so opposed to it that its a pretty good indicator that it’s going to work and it will reduce sales.”

Wharton said the tax is a win, win situation.

Organizations such as Food Fit Philly, have gone on advertising blitzes trying to curtail the amount of soda citizens drink. One advertisement reads that drinking two sodas a day for a year is equal to 63 pounds of sugar and drinking a sweet tea per day for a year can allow you to gain 16 pounds, while juice drinks can have as much sugar as two candy bars. The convenience store signs were adopted by John Hopkins Bloomberg School of Public Health.

For the past three years, the Food Trust has provided Julio Soto, at El Soto Deli and Grocery at 1500 Tasker St., with signs that help bring attention to healthier food and drink options he sells in his store.

“I sell more produce than anything else,” Soto said when asked about sugary beverages. “People go healthier. I have a lot of fruits and vegetables, so people can make their own healthy meal.”

“The taxes are for beverages that have bubbles,” Soto said. “If anything it will at least get people to think twice. It’s not going to affect my business, because my rule is, if I don’t sell, then I don’t buy.

“People see the difference in my store compared to other stores,” he added. “In my opinion its making people healthier.”