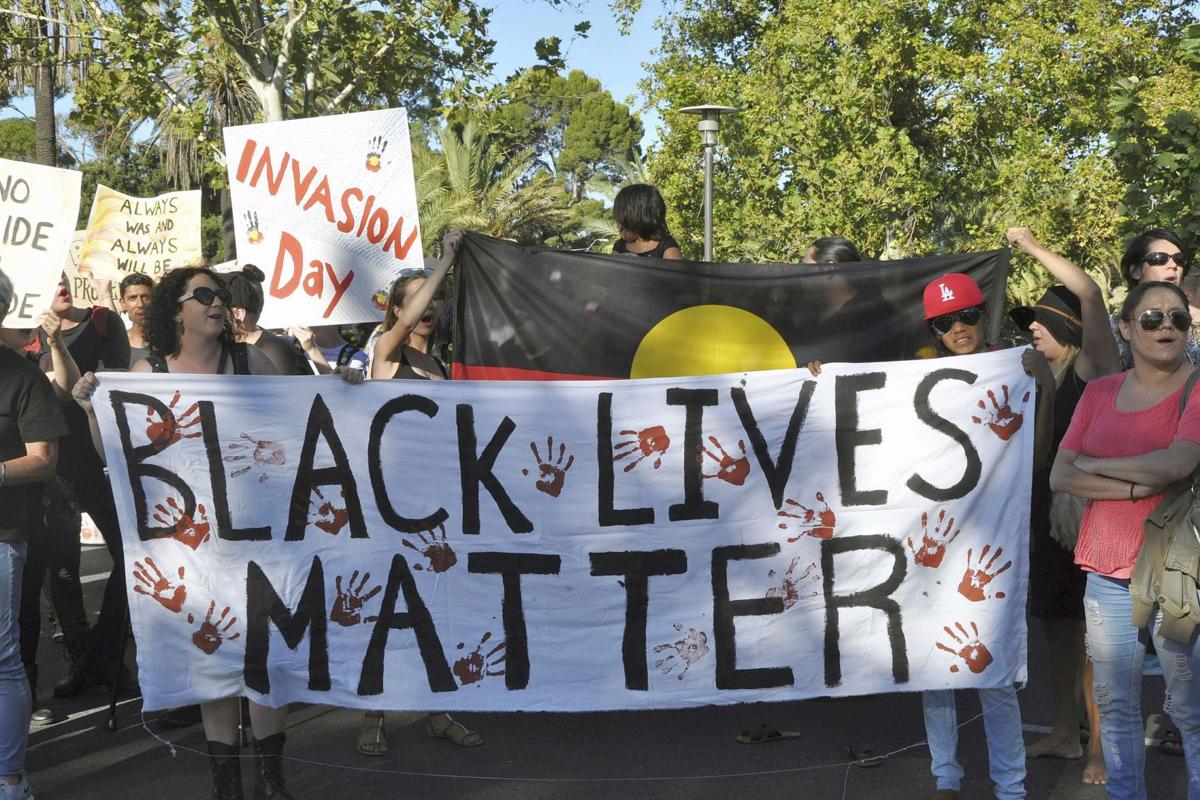 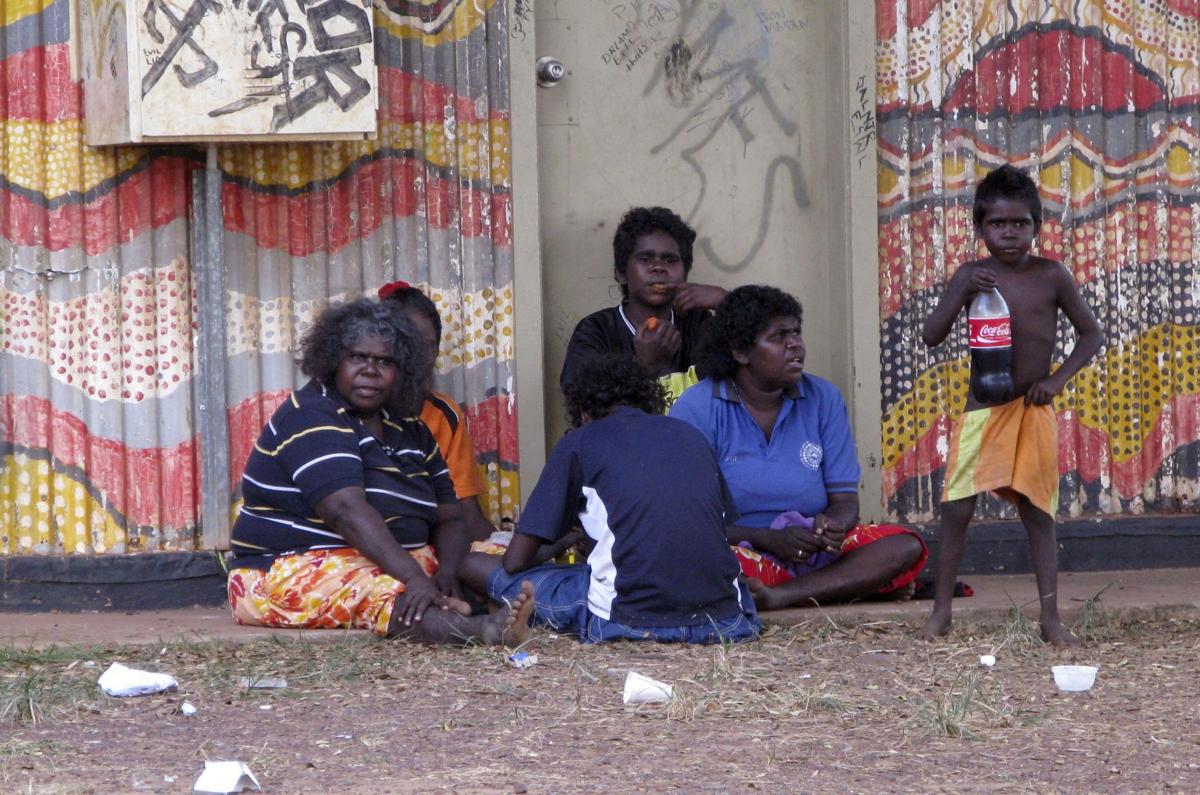 Locals sit on a street side in downtown Wadeye in the Northern Territory of Australia. — AP Photo/Kristen Gelineau, File 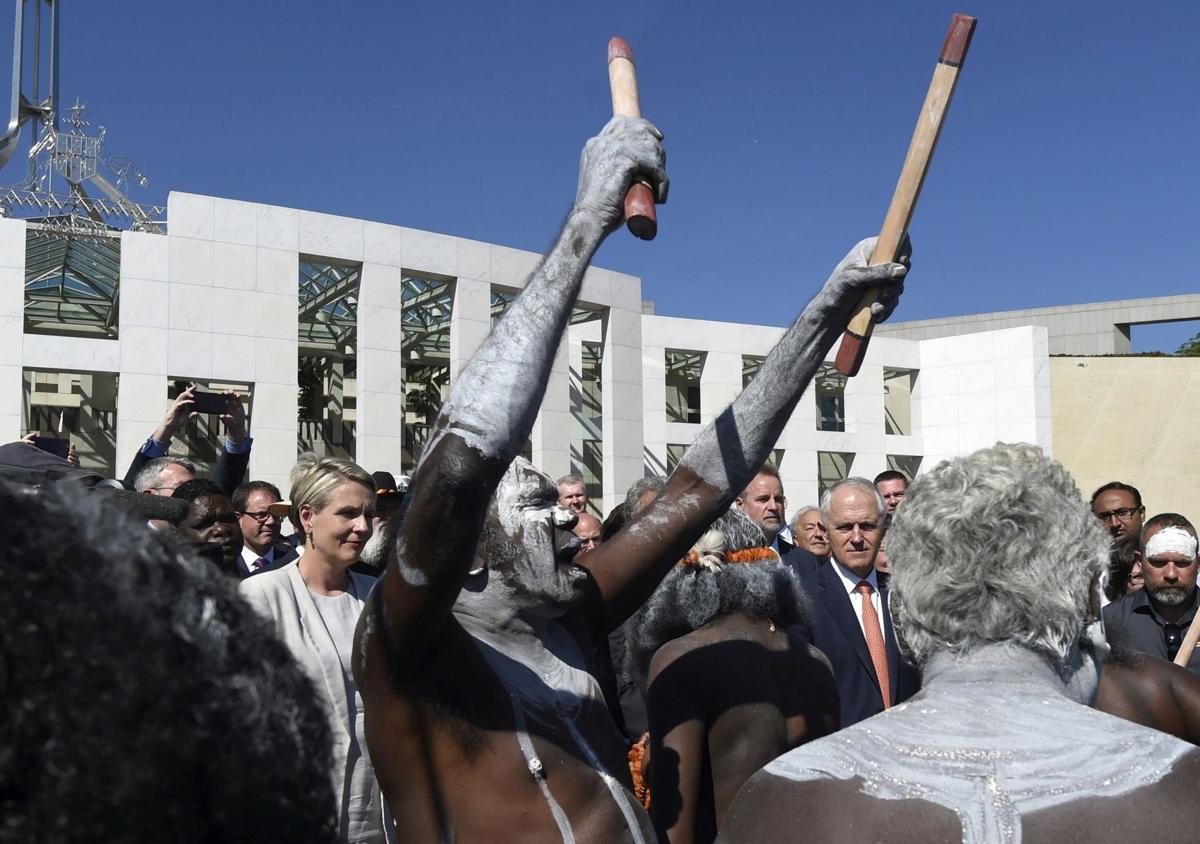 Locals sit on a street side in downtown Wadeye in the Northern Territory of Australia. — AP Photo/Kristen Gelineau, File

SYDNEY — The awarding of the Sydney Peace Prize to the Black Lives Matter movement for its work highlighting American race issues is being hailed by local activists as a progressive step, but is also shining a spotlight on Australia’s own struggles with race relations.

The Sydney Peace Foundation, a body within the University of Sydney that has previously bestowed its prize on individuals such as South Africa’s Archbishop Desmond Tutu, delivered its award to the group this week. It’s the first time in the award’s 20-year history that an organization will receive the honor.

The group has been at the forefront of U.S. activism against police brutality, mass incarceration and racial inequality.

The social media hashtag with which it shares its name began after neighborhood watch volunteer George Zimmerman was acquitted of killing unarmed teenager Trayvon Martin in Florida in 2013. It gained traction when a police officer fatally shot another unarmed Black man, Michael Brown, in Ferguson, Mo., the following year, sparking protests.

Black Lives Matter is being awarded “for building a powerful movement for racial equality, courageously reigniting a global conversation around state violence and racism,” the Sydney Peace Foundation said in a statement.

Patrisse Cullors, one of the group’s co-founders, welcomed the award “in solidarity with the organizations and organizers of Australia who had and still have faced oppression.”

Australian activists say the government and society at large need to do more to address that country’s own racial issues, particularly inequality faced by the country’s aboriginal people, but also its treatment of asylum seekers controversially sent for detention on Pacific Ocean islands.

Some say Australia as a whole needs to adjust its moral compass.

“Would I say Australia has lost its heart? Put it this way: Australia — both the government and the people — is very selective about where its heart is placed,” said Mark McKenna, a University of Sydney history professor who has worked extensively on Australian social issues.

“There’s been a failure of politicians to seriously advance a reform agenda across a number of areas of policy. The indigenous issue is the most glaring example,” he said.

Australia remains the only former British colony to have never signed a treaty with its indigenous people, which critics say has led to a damaging history of policies being forced on them from the government rather than allowing them greater self-determination.

In May this year, a landmark summit of aboriginal leaders called for a national referendum to change the Australian constitution to create a new parliamentary body that would have advised on laws and policies affecting indigenous people.

Prime Minister Malcolm Turnbull rejected the idea last week, saying it was not “desirable or capable of winning acceptance” and flew in the face of the idea that all Australians have equal civic rights.

“Hard-nosed leaders like (Turnbull) and his party genuinely believe Australia is a white Anglo-Saxon country and any concessions to ... non-Anglo-Saxons is a serious threat to their Anglo-Celtic cultural upbringing,” he said. “The government has shown it wants to develop as a political and social policy the protection of whiteness in Australia.”

The Office of Indigenous Affairs did not answer questions from The Associated Press but forwarded a speech the office’s minister delivered last week saying the government was still “committed to constitutional recognition” for the country’s original inhabitants.

Australia’s refugee policy is another area where activists say urgent change is needed.

In hope of stemming the flood of asylum seekers — many from Afghanistan, Iran and Sri Lanka — making a perilous and often deadly journey in rickety boats to its shores, Australia instituted a policy in 2013 that sent asylum seekers arriving by sea to two detention centers. One is in Papua New Guinea and the other Nauru.

The so-called “Pacific Solution” was orchestrated under bilateral agreements and funded by Australia to the tune of several billion dollars. However, Papua New Guinea’s top court ruled last year that the detention of asylum seekers there was unconstitutional and the government reached an agreement with Australia to close the center.

Closure day came Tuesday, when the 600 male asylum seekers at the facility inside a naval base were forced to relocate to three other facilities in the town of Lorengau, which advocacy groups say is far less safe. Many locals reportedly threatened to use violence to stop the men relocating, prompting PNG authorities to deploy extra police.

In a deal struck with the Obama administration, the U.S. has agreed to take up to 1,250 of the asylum seekers, out of around 1,800 in total on the islands. President Donald Trump has publicly blasted the deal, but not moved to cancel it.

Australia is trying to “walk away from its responsibilities” in Papua New Guinea, said Elaine Pearson, the Australia director for Human Rights Watch.

“Closing the main center there should’ve been a celebration. But it’s no solution to transfer the asylum-seekers to even less secure facilities on the island,” she said. — (AP)