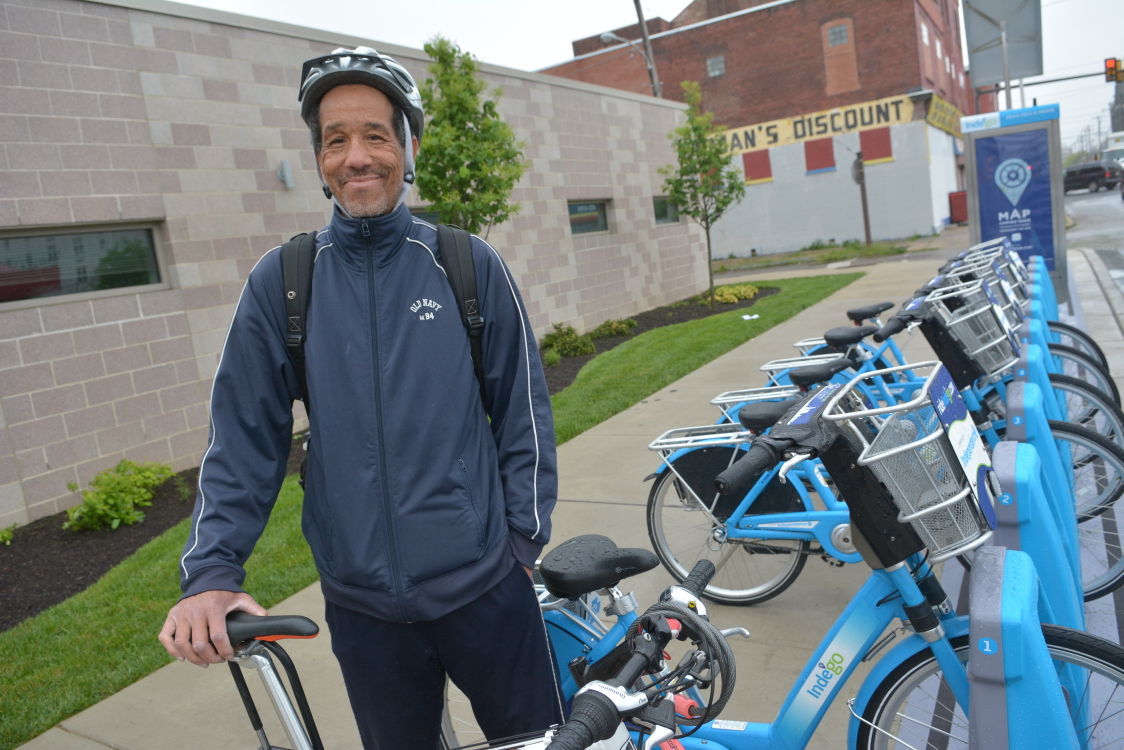 Keith Conner, 60, has apprehensions about the bike-sharing program’s utility, as a new Indego station was created at 22nd Street and Cecil B. Moore Avenue. 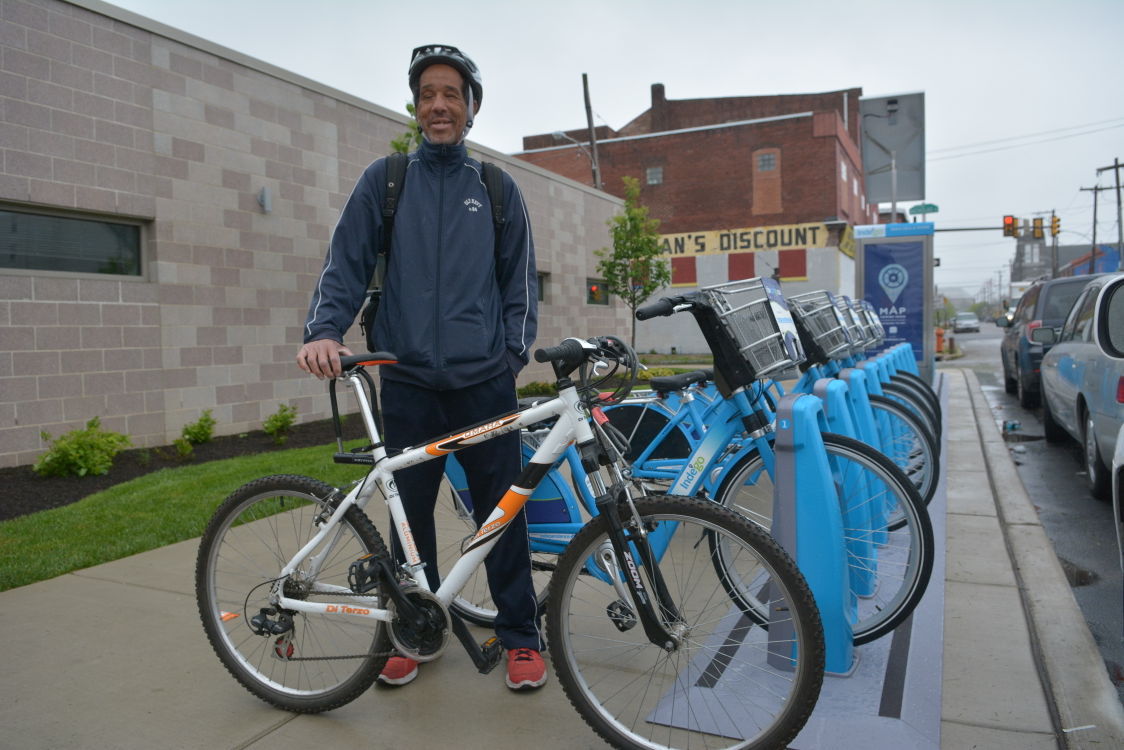 “With the money you put up [renting] the bike, you could buy one,” says Keith Conner about using Indego compared to purchasing a bicycle. 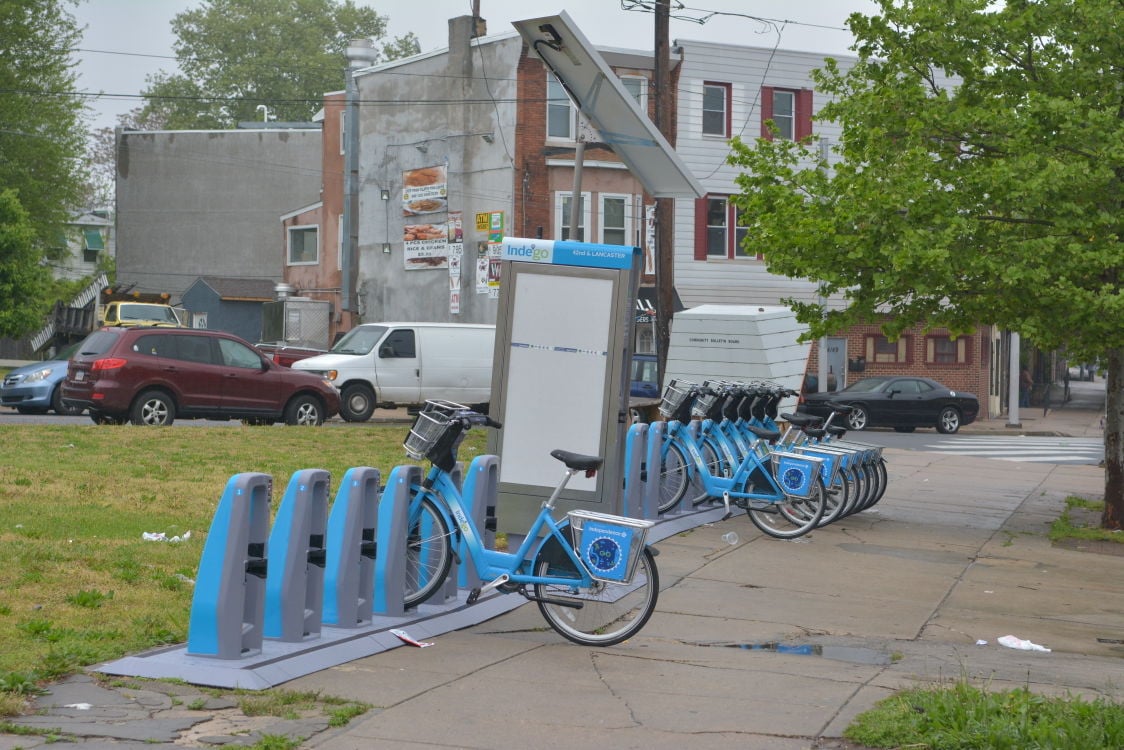 Funding of $1.5 million from the William Penn Foundation has lead to the creation of 24 more Indego kiosks, mostly in underserved neighborhoods such as the one at 42nd Street and Lancaster Avenue. 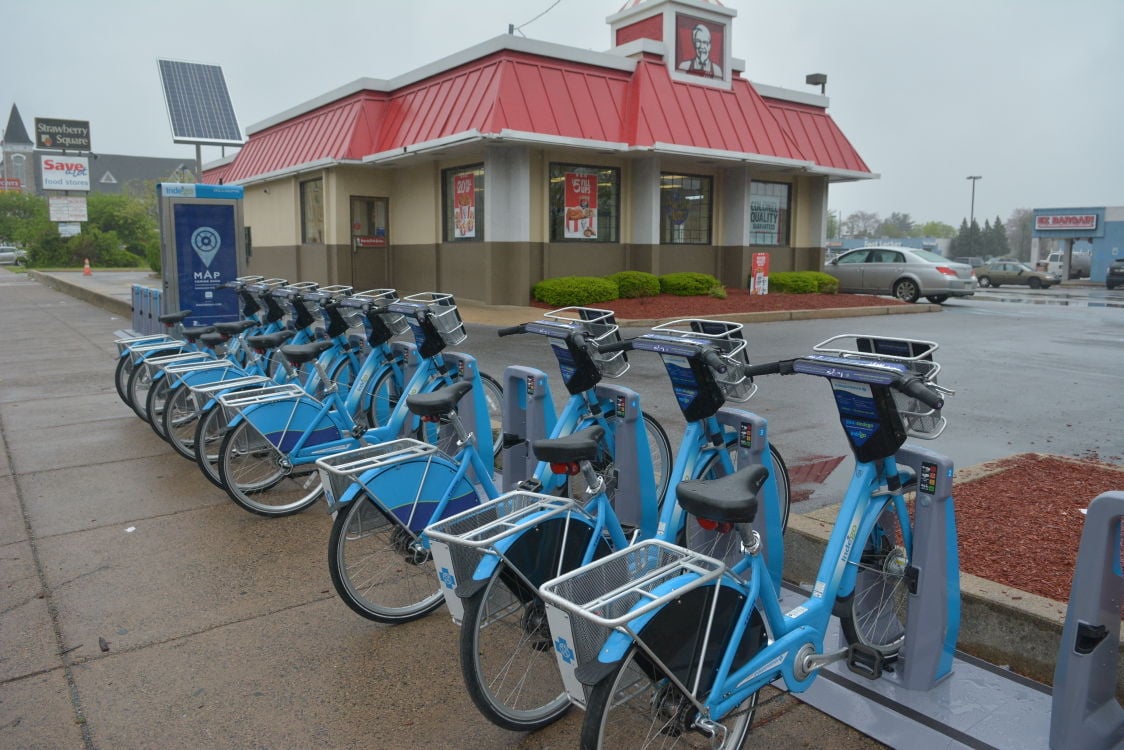 The Indego bike-sharing program has sprouted new locations at 29th and Daulphin streets and elsewhere across Philadelphia, with a focus on sites in underserved communities.

Keith Conner, 60, has apprehensions about the bike-sharing program’s utility, as a new Indego station was created at 22nd Street and Cecil B. Moore Avenue.

“With the money you put up [renting] the bike, you could buy one,” says Keith Conner about using Indego compared to purchasing a bicycle.

Funding of $1.5 million from the William Penn Foundation has lead to the creation of 24 more Indego kiosks, mostly in underserved neighborhoods such as the one at 42nd Street and Lancaster Avenue.

The Indego bike-sharing program has sprouted new locations at 29th and Daulphin streets and elsewhere across Philadelphia, with a focus on sites in underserved communities.

De’Wayne Drummond believes his advocacy work as a Philadelphia bike ambassador allows him to highlight health, awareness, safety and transportation all at the same time.

“I think that people of color will utilize these [bikes] more,” the Mantua Civic Association president said of the sky blue Indego bicycles whose racks are beginning to sprout up more in the city’s under-served neighborhoods. “They are cheaper and good for the environment.”

Indego, a year-old ride share program sponsored by Independence Blue Cross, is kicking off its second year with an appeal to a broader mix of users and people from socioeconomic backgrounds.

In April 2015, when the program was launched, it started with 70 stations, 20 of which were located in low-income neighborhoods. But additional funding of $1.5 million from the William Penn Foundation has enabled the creation of 24 more stations. The new locations include 29th and Dauphin streets in North Philadelphia, where one sits in front of a Kentucky Fried Chicken restaurant, and 42nd Street and Lancaster Avenue, and another is positioned atop a cracked sidewalk, overlooking a building whose exterior wall advertises cigarettes.

Mayor Jim Kenney said the goal was always to make Indego accessible to as many people as possible.

“It’s a public amenity,” he said, “and for many people, it’s a great way to connect with their communities, their families, jobs and with health.”

But will residents of these underserved communities — many African-American neighborhoods — agree with the benefits of bicycling and become Indego riders?

In a July 2015 report released by Temple University’s Institute for Survey Research, prepared by the Bicycle Coalition and the Mayor’s Office of Transportation and Utilities, African Americans made up 70 percent of the respondents. But they made up only 7 percent of those who said they used a bike to get around town. That compares with 20 percent of whites.

Among the 530 participants surveyed at 17 stations, nearly 40 percent of the African Americans cited the bus as their main form of basic transportation, making it their most popular mode of transportation.

Meanwhile a report by two American University scholars in Washington, D.C., found that compared to people of other races, their African Americans respondents were more likely to say they prefer getting around in a car.

The 2014 survey of Blacks — 260 commuters from two overwhelmingly African-American wards — listed some of the top barriers to biking and walking:

Travel distance is too far.

Don’t know how to ride a bike.

Bikes are for a different age group.

Can’t go to work after riding a bike.

For Philadelphia’s Indego program, specifically, the most commonly reported reason by respondents for not using the service was not having enough information about it — or being misinformed about using it, such as the need for a credit card. Other reasons for not using Indego ranged from it being cost-prohibitive to seeing no need for it to the vending sites being inconvenient.

But the potential is there.

Seventy-three percent of respondents reported plans to use the program in the future. And a League of American Bicyclists report stated people of color, from 2001 to 2009, accounted for the nation’s fastest cyclist growth. Ridership for African Americans increased 100 percent, compared with 80 percent for Asian ridership, 50 percent for Latino ridership and just 22 percent for white ridership.

Keith Conner, a 60-ear-old cyclists, isn’t so sure Blacks will make use of Indego. Spotted pedaling past one of the most recent racks at 22nd Street and Cecil B. Moore Avenue on Tuesday morning, he explained his apprehension: “With the money you put up [renting] the bike, you could buy one.”

Conner, who is African American and who purchased his bike from a yard sale for $100, does not own a car, but has been biking around the city for the past 30 years. He said he would not be renting a bike.

Indeed, finding a way to make the rental affordable for low-income patrons was a goal of the program. The Bike Share Partnership is a collaboration funded by the JPB Foundation, the Bicycle Coalition, the National Association of City Transportation Officials and the PeopleForBikes Foundation and the city of Philadelphia.

The solution was to offer a discount to ACCESS card holders — issued to Pennsylvania’s Medical Assistance recipients who receive cash assistance and food stamps. Pennsylvania residents who have Electronic Benefit Transfer through an ACCESS card can pay $5 for 30 days of unlimited one-hour trips. That compares with $15 for 30 days with Indego30.

But the ACCESS cardholders must register for the bike-share program online. Then, they can obtain bike-riding tickets for $5 cash or via a credit card purchase at a 7-Eleven, Ace Cash Express or Family Dollar stores.

Aaron Ritz, an official with the city’s Office of Transportation and Infrastructure Systems, said the website registration might turn off some riders.

“We know it’s a potential concern,” he confessed. “We know that not everyone has access to a computer, which is why the website is user friendly. You can also sign up on your smartphone. It’s a discount for a monthly rate and discount on the usage fee.”

For people who don’t have wifi or Internet access, Indego has teamed up with the Mayor’s Commission in Literacy and the KEYSPOTS network to offer digital skills and bicycle skills. The collaboration serves as an introduction to technology use.

Carniesha Kwashie, the grant manager of the Better Bike Share Partnership for the Mayor’s Fund for Philadelphia, said, “We’re educating the public about how to use the computer and a way to do that is by having an actual thing they could participate in.”

Additionally, Ritz said the expansion and costs were being publicized via ads on Fox29, billboards and radio stations such as Power99-FM and WDAS-FM.

Other goals listed in the Bicycle Coalition of Greater Philadelphia’s 2014-2016 Strategic Plan is to encourage the support of African-American bicycling groups and offer bicycling education courses.

Out of the 14 ambassadors for 2016, Monroe says 12 are African American. They include Drummond of the Mantua section and Malcolm Kenyatta of North Philadelphia.

Acknowledging he’s not an avid biker, Kenyatta said he applied to become an ambassador because he wanted more Indego kiosks in his part of the city.

“This is a new public transit and it’s the cheapest way to travel,” he said. “I think we need to change the narrative about biking being something only white millennials do.” However he did admit, “It’s difficult to get folks in my neighborhood engaged when they have to walk 16 blocks to a kiosk.”

So the racks in North Philadelphia are “a huge step forward for people,” said Kenyatta. “I am very, very excited. I think for folks in my neighborhood, this has not been significant or an option for them to do before. The more we talk about it, the more people will use this option.”