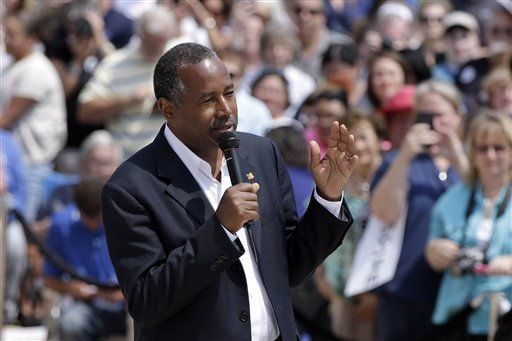 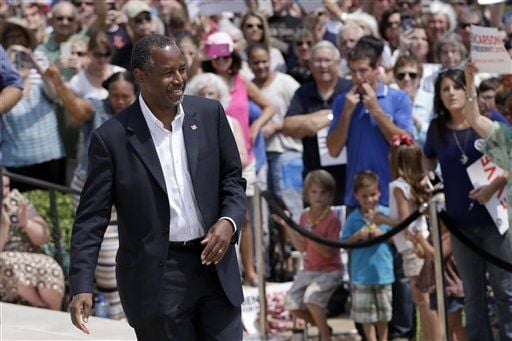 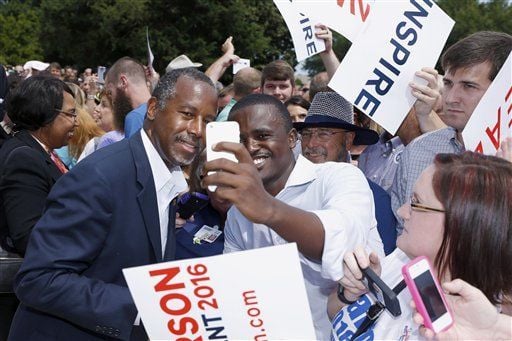 Out of all the summer coverage about a boisterous billionaire flipping the campaign paradigm and a “socialist” outsider senator drawing large millennial crowds, there is one candidate for the presidency who’s getting less mainstream news coverage despite holding his own throughout it all: Ben Carson.

Donald Trump may draw a crowd of 20,000 in Alabama (a solid showing even as he underwhelmed his own estimate of 36,000), but Carson, with far fewer dollars on hand, drew 12,000 in Phoenix a week ago. Bernie Sanders is drawing crowds of 3,000 in South Carolina, but Carson is getting overflow, standing-room-only receptions in Iowa, Tennessee and Arkansas.

Carson is not only the quintessential non-politician, but he’s probably the most anti-political or less politically savvy of political candidates somehow persisting in the 2016 election cycle. And while there is quite a bit of smart prognostication that gives Trump the easy edge (at least) in primary states like Iowa, New Hampshire and South Carolina, Carson is still out there as the soft-spoken spokesman of an accidental movement that suddenly can.

Only months ago, rampant speculation supposed his campaign would fizzle into oblivion, the rickety infrastructure cracking under the weight of inexperience from its top guy and fractious silo-fighting within its ranks.

Did he even have a campaign?

Surprisingly, implosion hasn’t happened just yet. Instead, the retired pediatric neurosurgeon continues thumping conventional theories of his early demise. That he is Black, quietly barreling his way through a Republican primary full of frustrated whiteness, is worth noting (and, perhaps, it amounts to one subtly racist reason he faces snubs from national press caught up in the rabid rage of fist-pounding angry white guys).

It is as if he is candidate Barack Obama in a parallel universe, or the Black Bizarro to what fervent Obama supporters once referred to as the president’s Superman persona. Even as he runs for the highest, most politically tainted office in the land, he claims to abhor the universal “politics as usual” or the scourge of “political correctness.”

“You don’t need to be a politician to be president,” Carson opined during an Iowa Roast and Ride event in June. “Our government is incredibly inefficient. There are a lot of people in politics who are wise and can solve our problems, but there’s some people in politics I wouldn’t let tie my shoes.”

Yet, he runs to run a government he seems to despise and sit atop a political hierarchy he currently makes a living out of disparaging. But it’s a message that’s resonating well with a wary electorate, particularly on the GOP side, as candidates rush to outwit their competitors with best electoral cycle impressions of who’s the most authentically pitchfork and torches.

“It is a pretty safe guess that whatever their own merits and appeal may be, the three non-politicians in this year’s Republican contest are also serving as vehicles for rank-and-file Republican, and Republican-leaning voters to express their discontent with their party and its leaders,” notes Brookings’ Governance Studies Senior Fellow William Galston.

“There is no evidence that these voters regard being a current or former elected official as a positive credential. Indeed, the reverse may be the case.”

For Carson, and beyond the TV time-suck of Trump, it seems to work. He’s polling well, too. Media gawked and incessantly chewed on Trump’s first ever official debate performance, but the super televised Republican debate in Cleveland earlier this month was Carson’s first political debate, too.

Even as moderators ignored him for long stretches of time, post-debate focus groups of GOP primary voters were giving Carson thumbs ups for his seemingly clumsy, yet Buddha-like calmness once called upon. After a full week of eye-rubbing assessment, observers realized it was Carson who came out ahead in the debate.

In Fox News polling, Trump dropped a percentage point since the debate, but Carson came out swinging, from 7 percent before the debate to an average of 12 percent right after. In a Gravis Marketing poll, Carson won the debate at 22 percent compared to Trump’s 19 percent.

But he’s crushing it elsewhere. The RealClearPolitics polling aggregate places him now at second place in a crowded field of 15, 10.3 percent to Jeb Bush’s 9.8 percent and a full three percentage points ahead of the second-tier pack of candidates such as Marco Rubio, Ted Cruz and Scott Walker.

That’s a jump from a previous Carson low of 5.8 percent on Aug. 8, according to the RCP average.

TargetPoint Survey’s most recent poll of Republican voters discovered nearly two-thirds would consider voting for Carson, with only 16 percent not supporting him. It’s a level of support other GOP candidates can’t yet claim. More than a third of Republican voters said they wouldn’t support Trump.

The numbers in YouGov’s August 18 poll show Carson neck-in-neck with Trump at a total favorability rating of 37 percent among all voters compared to Trump’s 38 percent. When both general electorate and GOP primary voters are asked who they prefer as nominee, Carson draws 11 percent to Trump’s 25 percent, but they are the only two candidates with double-digit numbers in that category.

When asked who they prefer as the Republican nominee, Carson scores the highest among Black voters at a resounding 46 percent, compared to only 25 percent for Trump. Interestingly, Cruz is in second place at 29 percent among Black voter GOP nominee preference.

African-American voters rarely participate in Republican presidential primaries, thereby making their support of Carson theoretical at most. On average, only 3 percent of the GOP primary electorate is African American. But the latest numbers in the YouGov poll prompt observers to wonder whether Carson could actually win the nomination if there was a hypothetical surge of Black voters suddenly jumping into the GOP primary as a way to stymie Trump or any other less appealing conservative nominee.

Still, Black voters are lukewarm at best on Carson, particularly after his anti-Obamacare tirades have pretty much evaporated the goodwill he once had with that demographic.

However, Carson’s numbers among Republican primary voters and independent voters are somewhat striking. He’s at the top of the pack among GOP voters, tying for first place with Marco Rubio at 67 percent and ahead of Trump by three percentage points. Carson also carries respectable favorability ratings with independent voters: 32 percent of indies support him compared to 35 percent for Trump. Only Carly Fiorina, Marco Rubio and Rick Santorum capture the next best favorability ratings among independents at 28 percent.