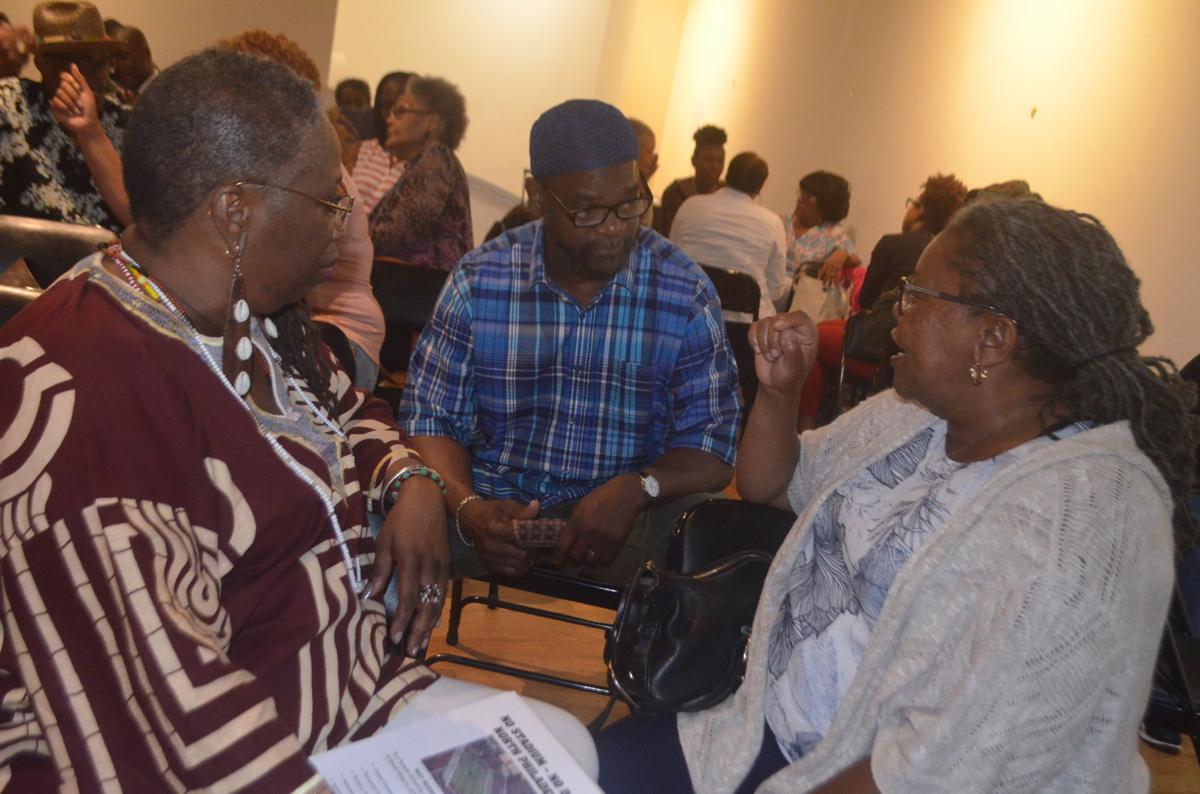 Activists and community members discuss their experiences of “Being While Black.” — PHOTOS BY SAMARIA BAILEY / TRIBUNE 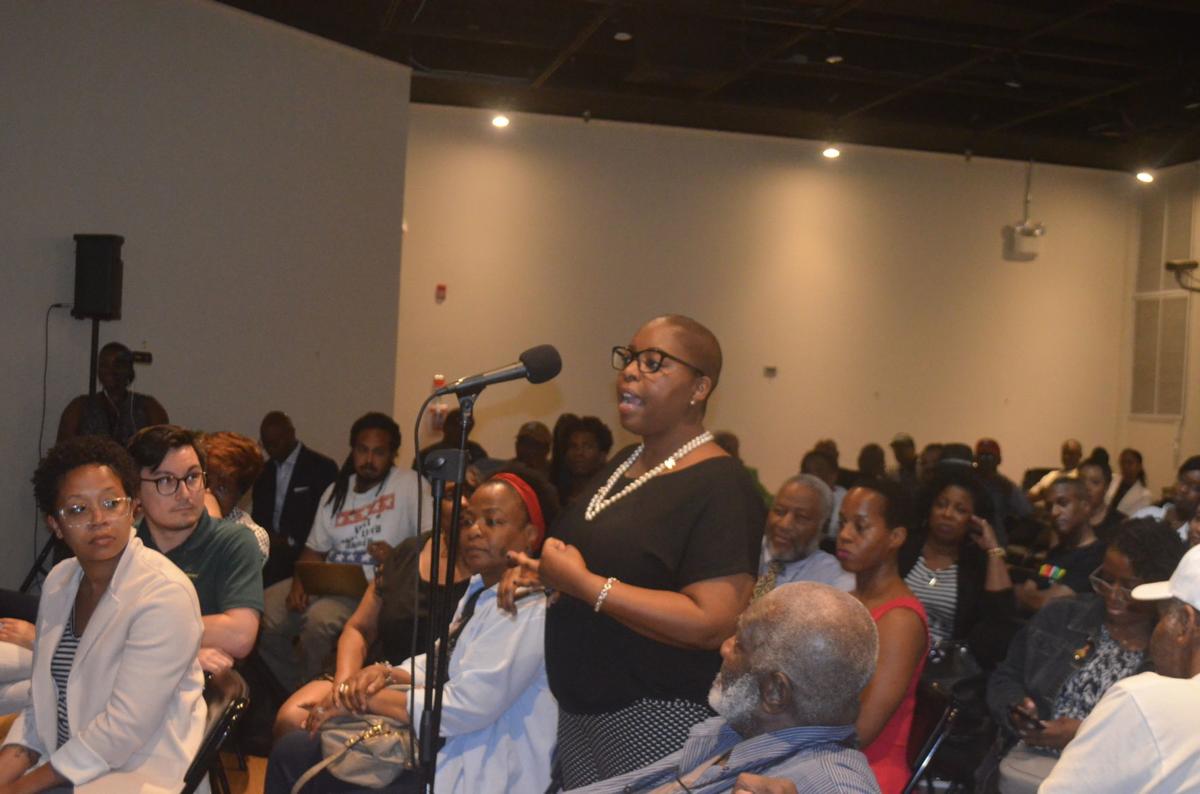 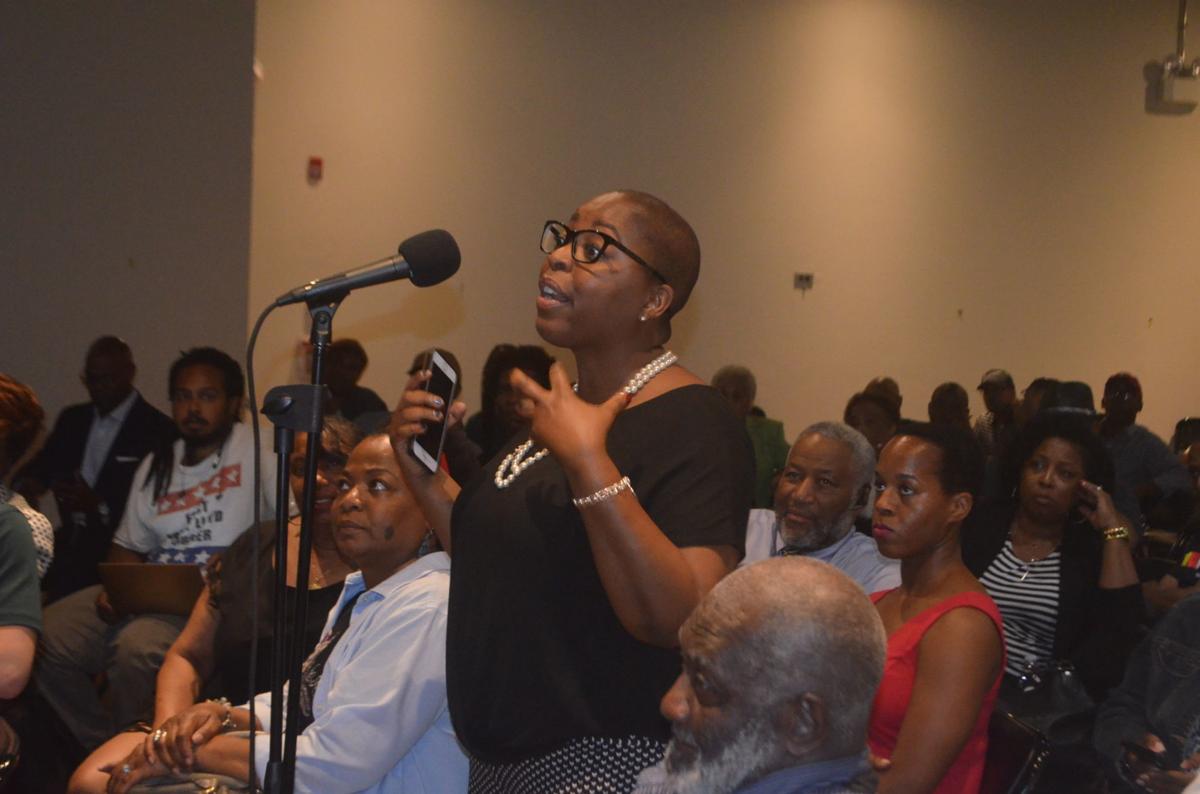 Activists and community members discuss their experiences of “Being While Black.” — PHOTOS BY SAMARIA BAILEY / TRIBUNE

About 100 men and women shared their intimate thoughts and experiences of racial incidents at a community discussion on “Being While Black” at the African-American Museum in Philadelphia on Wednesday.

The discussion was organized by WURD Radio and the Courageous Conversation Global Foundation as a platform for Black people to tell their stories and find ways to sustain themselves and their communities as they heal from racism.

“We need to have conversations around what we’re feeling,” said Andrea Johnson, executive director of the Courageous Conversation Global Foundation. “Everyone’s voice is important. If you don’t talk … that’s how we have racial issues that go unresolved and that’s a sickness.”

The stories shared were a diverse bunch.

A mother of a teenage son was the first to speak and recalled how the 14-year-old was compared to King Kong and called “aggressive” by a classmate.

Germyce Harris, a financial services professional, told of being followed while shopping while Black in an Asian-owned beauty supply store, a consistent experience that she said was one of the reasons she shaved her hair off and buys beauty products online.

Rafael Ross, 31, a Wynnefield resident and former activist, said he just holds a lot of rage. Having demonstrated in Ferguson, Mo., Baltimore and Flint, Mich., he added that he is burned out from being “tased, locked up and put into chokeholds” by police and “seeing Black girls thrown up against the wall.”

He wondered how to redirect the anger he has harbored from decades of discrimination, and how to get over incidents like the MOVE bombing and make sure they don’t happen again.

“I don’t want my hate to eat me up. I have to find other ways to channel that energy,” he said. “My main goal is a revolution. I don’t want to die … with my 6-year-old niece having the same conversations we are having now. We all have a role to play.”

Ross added that although he sees violence as an answer, he knows that it’s not a path everyone is willing to take. After the evening discussion, he said he is willing to go back into his community and find other ways to address the problem.

“My issue is rage and anger and always wanting people to think how I think. Coming here, I realize we have to appreciate different perspectives and meet people where they are. When I go back to my neighborhood, I have to be more patient with my neighbors and realize it takes time, that I have to do the work, whether it’s putting signs in my grass or [helping] them engage in their own way.”

Harris, the financial services professional who shaved her hair off, exchanged contact information with other women in the audience so they can share ideas on how to move Black people forward, even in the face of racism.

“Since the election, I have been feeling a tremendous amount of angst and anxiety. I wanted to be a part of the conversation instead of sitting at home and watching how my people are being treated,” she said. “Now, that I’ve shared, I’m ready to take action. I’m going to continue what I’ve been doing — prioritizing Black businesses. [And] I want to connect with people.”

A co-moderator for the discussion, Courtlandt Butts, said an informed way of dealing with trauma from racism is the best way Black people can heal.

“The power of transformation is with them. They don’t need to wait for somebody to tell them what to do,” said Butts. “I … want them to actually get to an impactful action that requires them to be more centered and whole, to not try to make an action from trauma or pain.”

Black men arrested at Starbucks say they feared for their lives

I think it is the sign of good governance and protection of the public laws. Hearing the problems of the buying essay can leave the positive impact on issues. In the hearing the commissioner is addressing to his public and elaborating his vision. I appreciate that.

Racism is still breathing it's filthy virus going into 2019...racism was a conception imagined, developed and created to control the masses through control of food, commodities, minerals and other resources...to learn more: www.controversology.wordpress.com