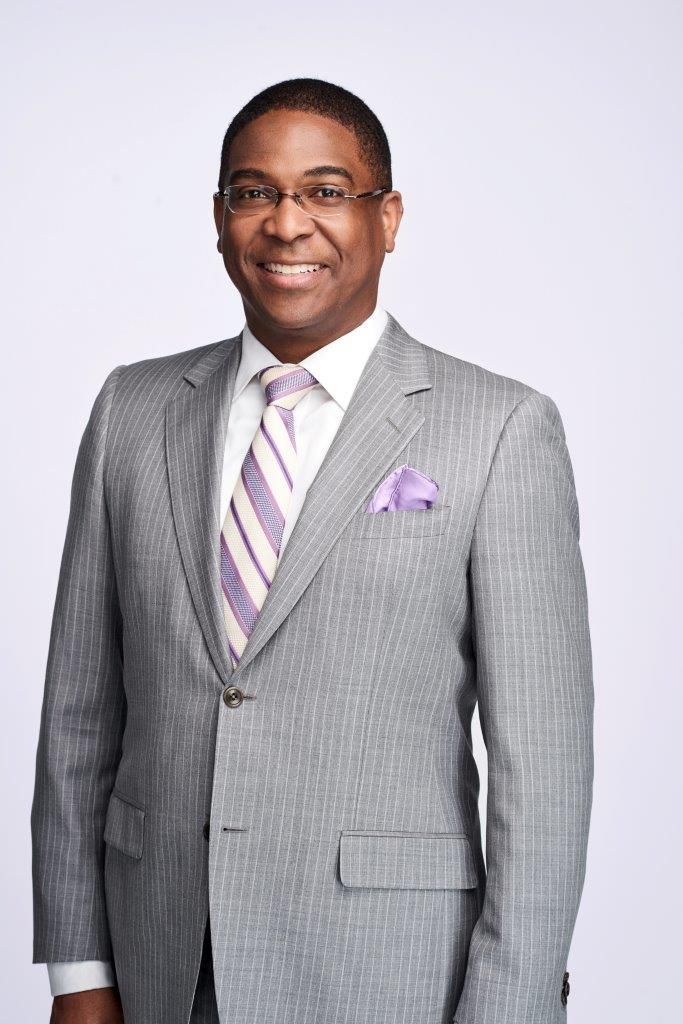 Anzio Williams is the vice president of news for NBC10 and Telemundo62. He’s one of a handful of African Americans across the country with that title. — NBC10 Philadelphia 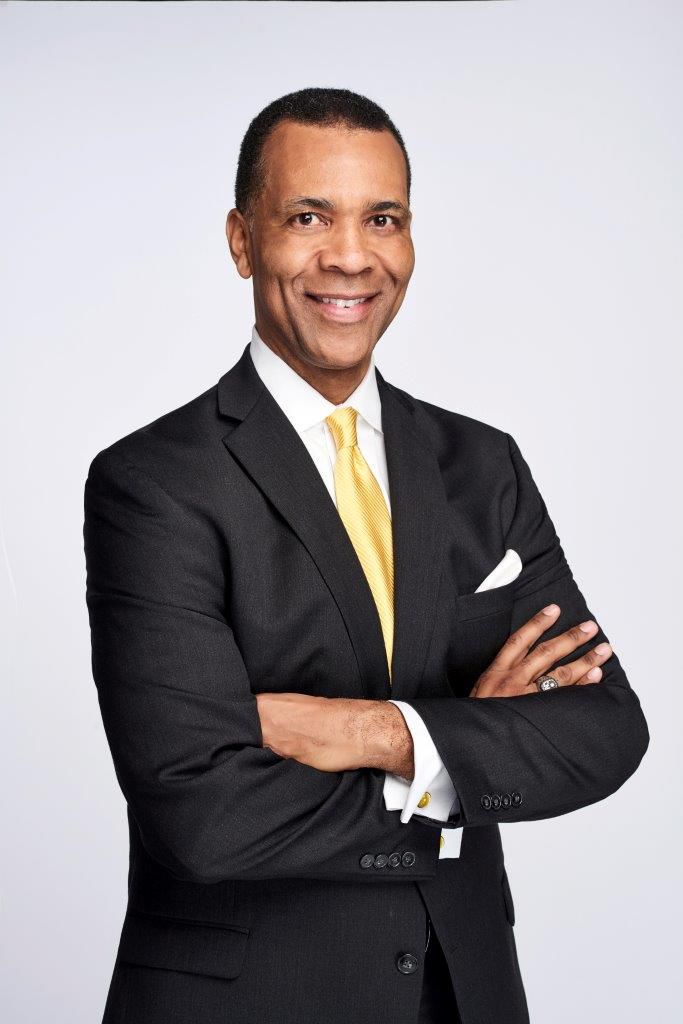 Anzio Williams is the vice president of news for NBC10 and Telemundo62. He’s one of a handful of African Americans across the country with that title. — NBC10 Philadelphia

When Anzio Williams told colleagues in the television news industry his next career move was taking him to Philadelphia to run the news department at NBC10, the responses weren’t quite what he expected.

“Everybody told me that it was tough, that if you are not from there it’s a very hard market to crack,” said Williams, who was named vice president of news for NBC10 Philadelphia and Telemundo 62 in July 2012.

But there’s more. For Williams, who had spent the previous five years as news director at KCRA in Sacramento, Calif., before coming to Philadelphia, there was the professional challenge of moving to a market thoroughly dominated by WPVI-TV, home of “Action News,” for decades the leading news broadcast in the Delaware Valley.

The pecking order has remained the same — WPVI, the ABC affiliate, still dominates the Nielsen ratings. But Williams, who along with President and General Manager Ric Harris forms the almost unheard-of big-city pairing of African Americans in those influential positions, made news this past spring when NBC10’s 11 p.m. broadcast was the most-watched late newscast among adults in the coveted 25 to 54 age demographic this past May.

While that might not seem like much, it marked the first time NBC10 ranked No. 1 at 11 p.m. in the highly competitive May sweeps and the first time it achieved that position during a non-Olympic sweep since February 2005.

“That was a big accomplishment, but that is why they brought me here,” said a confident Williams, sitting in his Bala Cynwyd office adjacent the news room. “They didn’t bring me here to continue what they were doing, with all due respect to the people that were working here before me. When Comcast purchased this station they wanted to turn it around. We’ve still got a long way to go, but we’re working on getting better every day.”

A graduate of North Carolina A&T State University, Williams, 45, is a rarity. In the most recent Radio Television Digital News Association survey of American newsrooms, minorities made up 14.9 percent of all local news directors, the people responsible for the shaping of and presentation of the news. African Americans made up just 5.5 percent.

Harris, 53, who arrived at the station in 2015, after serving as president and general manager of the NBC-owned Hartford, Conn., affiliate, knows he and Williams form a rare duo in television news.

“It is unique and it’s special,” Harris said of having African-American executives in such high-profile positions. However, he adds that race neither elevated nor is the reason why he and Williams occupy their current roles.

“I have never met anyone in this role who is smarter about journalism and more passionate about journalism,” Harris said. “He is good because he has a unique ability to inspire and drive people at the same time.”

Said Williams: “We push each other to achieve.”

A tireless worker, Williams routinely falls asleep, remote control in hand, after the last local news broadcasts end around midnight. The next day begins with a conference call at 7:30 a.m., but he’s usually been up a few hours before that, again watching the local news broadcasts, which all begin well before dawn.

Raised by his grandmother in Durham, N.C., Williams is perpetual motion after making the drive from his downtown apartment to the newsroom, where he arrives around 8:30 a.m.

A whirlwind now, he only breaks his frenetic pace to stop in front of the flat-screen TVs hanging from the walls of the windowless studio to make sure he stays on top of everything. He wears sneakers with his suit so he can move about the office swiftly, addressing everyone with a smile, from the maintenance people in the stairway to the cameraman lugging equipment out to the news van on this rainy day.

Williams has been given the authority to bolster the staff to make the station more competitive. He says he wants to hire people who “are believers” that they can improve the product and win the battle to make viewers return to watch repeatedly.

He also believes deeply that a newsroom should reflect the community it covers, something that almost never happens. While NBC10 serves Philadelphia, other parts of Pennsylvania and portions of South Jersey and Delaware, the city, home to the largest swathe of the viewing audience, according to 2010 census data, is 43.7 percent African American.

“A goal of mine is to make sure the workforce mirrors the community we serve,” Williams said. “When we have the right people and diversity around the table, it should prevent us from making mistakes in our coverage. It guarantees that we are having the right conversations on news decisions on the front end. When you are talking on the back end, that means you did something wrong.”

Williams has made notable African-American hires in his tenure. In 2013, he hired Emmy-winning Jacqueline London, who anchors the weekday 11 p.m. broadcast alongside Jim Rosenfield. Williams worked with London, who also anchors the 5 p.m. broadcast, in Orlando, Fla. Last October, Williams hired Erin Coleman, a Philadelphia native and Emmy winner, as an anchor and reporter.

Williams, who has worked in nine markets across the country, has done his part to ensure that the door to the executive office does not close behind him. Coincidental or not, there is a significant list of African Americans — he refers to it as “his coaching tree” — who have worked for him that are current news directors. Johnnie Green at CBS’s Boston affiliate WBZ, Yve Jones at Jackson, Miss., ABC affiliate WAPT, and Ben Hart at WISN, the ABC affiliate in Milwaukee, all worked and blossomed under him.

“I do like to think of myself as somewhat of a secret weapon,” he said through a smile.

Williams also has the distinction of being the first news director to run both NBC10 and Telemundo62, the Spanish-language station purchased by parent company Comcast Corp. in 2013. The station is up to four daily newscasts. It was for Williams, who doesn’t speak Spanish, a challenge of a different kind.

“I stepped back some and let the people who know that community and know the news do what they do best,” he said.

The overall goal, according to Williams, is for the stations to become one with the communities they serve. Part of that has been to build robust programming away from news, which has also happened.

Since 2015, NBC10 has become the broadcast partner for the Blue Cross Broad Street Run, the Philadelphia Eagles and the Wawa Welcome America Festival.

“That is all part of the plan to ingratiate us into the community we serve,” Williams said. “And we’re still hungry for more.”