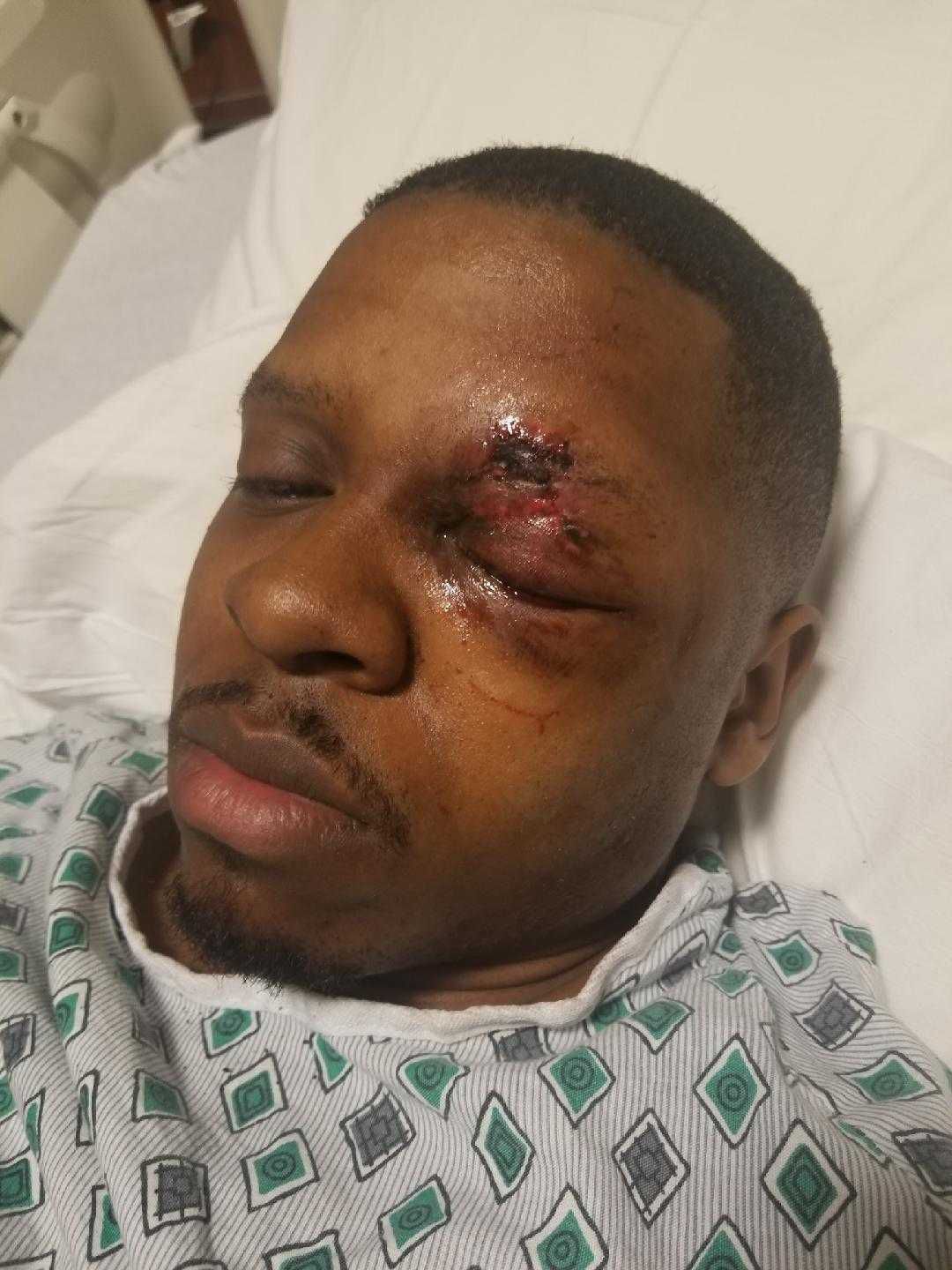 Rasaan Urquhart was blinded in his left eye in February from a fireworks injury. — PHOTO COURTESY OF RASSAN URQUHAR 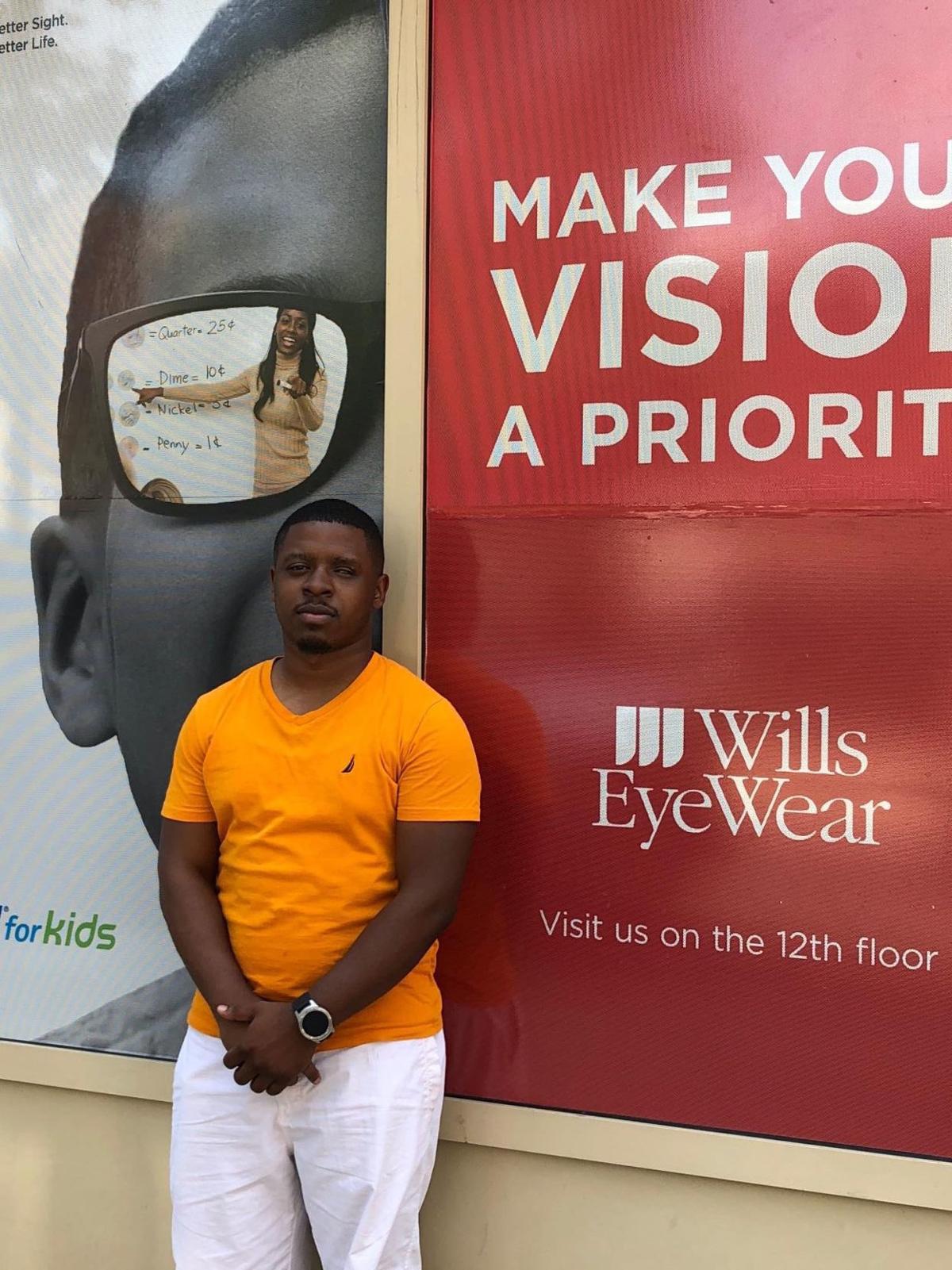 Rasaan Urquhart encourages people to be cautious around fireworks. Photo by Ayanna Jones.

Rasaan Urquhart was blinded in his left eye in February from a fireworks injury. — PHOTO COURTESY OF RASSAN URQUHAR

Rasaan Urquhart encourages people to be cautious around fireworks. Photo by Ayanna Jones.

A local man is urging people to be careful around fireworks for the 4th of July.

Rassan Urquhart and his girlfriend were attending a neighborhood celebration after the Eagles’ Super Bowl win in February when he sustained a severe eye injury.

“Someone started lighting fireworks nearby and couldn’t get one started,” the 25-year-old Northeast Philadelphia resident recalled during an interview at Wills Eye Hospital.

“I went over to help but right at that moment, a firework hit me in the face. As soon as it hit me, I went down to the ground. Somehow I already knew I was going be blind in my left eye. There was a lot of blood coming down my face. It was very gory. It didn’t hurt. I just felt a heat sensation, like my face was blown off.”

Urquhart was taken to Aria Hospital, Jefferson Hospital and subsequently to Wills Eye, where he underwent surgery. He is still coping with the reality that he only has one eye.

“Sometimes it can get to me emotionally,” said Urquhart, a project manager and the father of two children.

“I go to bed and wake up every day with one eye, when you’re accustomed to waking up with two. It’s kind of a different ball game.”

He was also a volunteer firefighter in Bucks County, outside Philadelphia, but since his injury, he has not been on duty at the firehouse.

Now Urquhart is encouraging the public to be careful during the Fourth of July holiday season.

“Just be careful,” Urquhart said. “Be careful with any dangerous thing. If you are going to buy fireworks, just be safe. If you can, stay away from them.”

He was treated by Dr. Philip Storey, a surgeon at Wills Eye.

“His surgery went as well as it could but some injuries are so severe that the visual recovery is quite limited,” Storey said.

“Fortunately his other eye was unaffected. If his face had been turned a little more, there’s chance that he could have lost both eyes, but he’s able to live a relatively normal life. He’s able to drive and do the things he wants to do and we’re very thankful for that.”

Ophthalmologists from Wills Eye Hospital have teamed up with Philadelphia Fire Department officials throughout this holiday week to encourage people to leave the fireworks to the professionals and not risk devastating injuries to themselves and others around them.

“We see lots of injures around the Fourth of July and New Year’s from fireworks and sometimes champagne bottles and the range of injuries is high,” Storey said.

“July 4th is a wonderful celebratory holiday with friends and family to celebrate America and fireworks can really ruin all that.”

“If people do insist on shooting off personal fireworks, eye protection is absolutely vital (and) making sure that you aren’t walking up on fireworks that haven’t exploded – having them explore in your face can be devastating,” he continued.

He said that bottle rockets should not be aimed at people.

“What starts out as a joke can end with someone being totally blind,” Storey added.

Each year, close to 19,000 reported blazes are caused by fireworks.

Consumer fireworks can cause blindness and disfigurement and each year prompt severe injuries across the nation including corneal burns, ruptured eyeballs and retinal detachments.

“What we always try to stress to the public is if you want to enjoy fireworks during this time of year, or you want to see them, you should go to a show where professionals are handing fireworks,” said William Dixon, a battalion chief with the Philadelphia Fire Department.

“The reason being is when our local patrons buy their fireworks, a lot of times they are not privy to some of the safety features that they should be doing while operating such things,” Dixon said. “We get a lot of accidents as a result of it.”