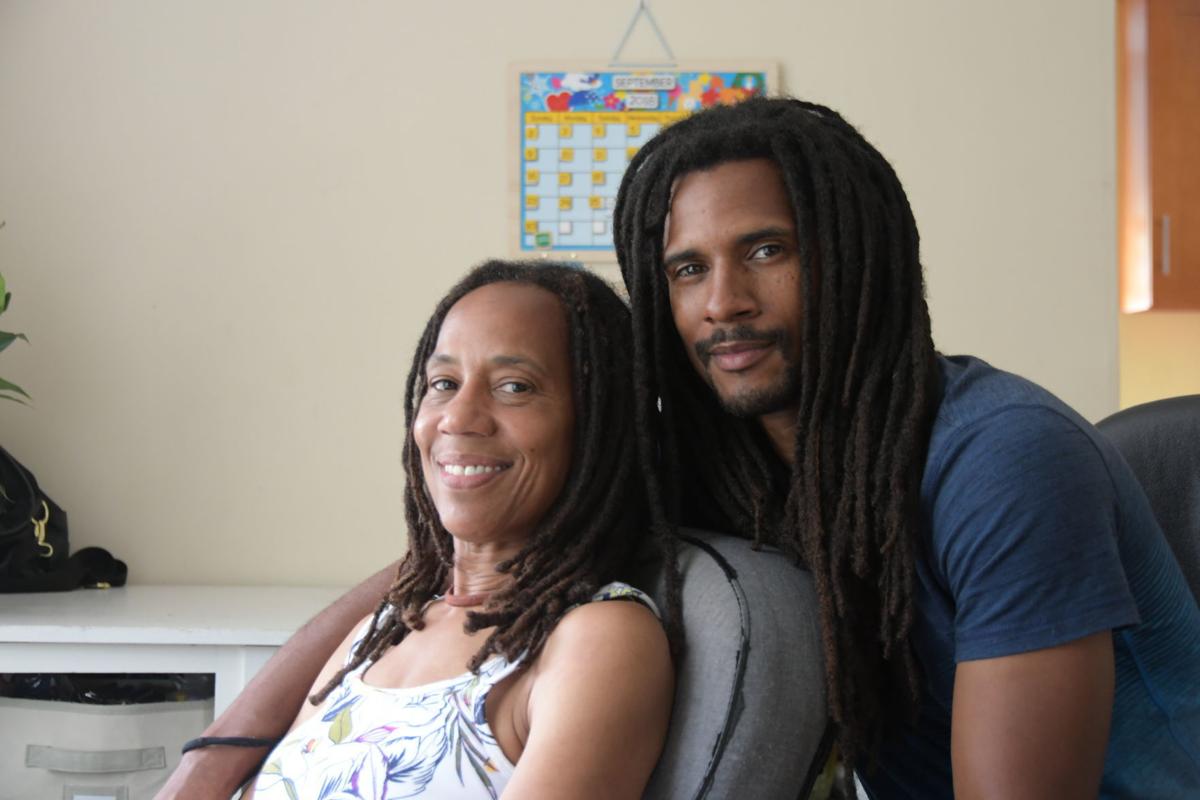 Debbie Africa gave birth to her son, Michael Africa Jr., while she was in prison. MOVE Organization members raised him, and she is just now getting to know him 40 years later. — PHILADELPHIA TRIBUNE PHOTO/CHIEF PHOTOGRAPHER ABDUL SULAYMAN 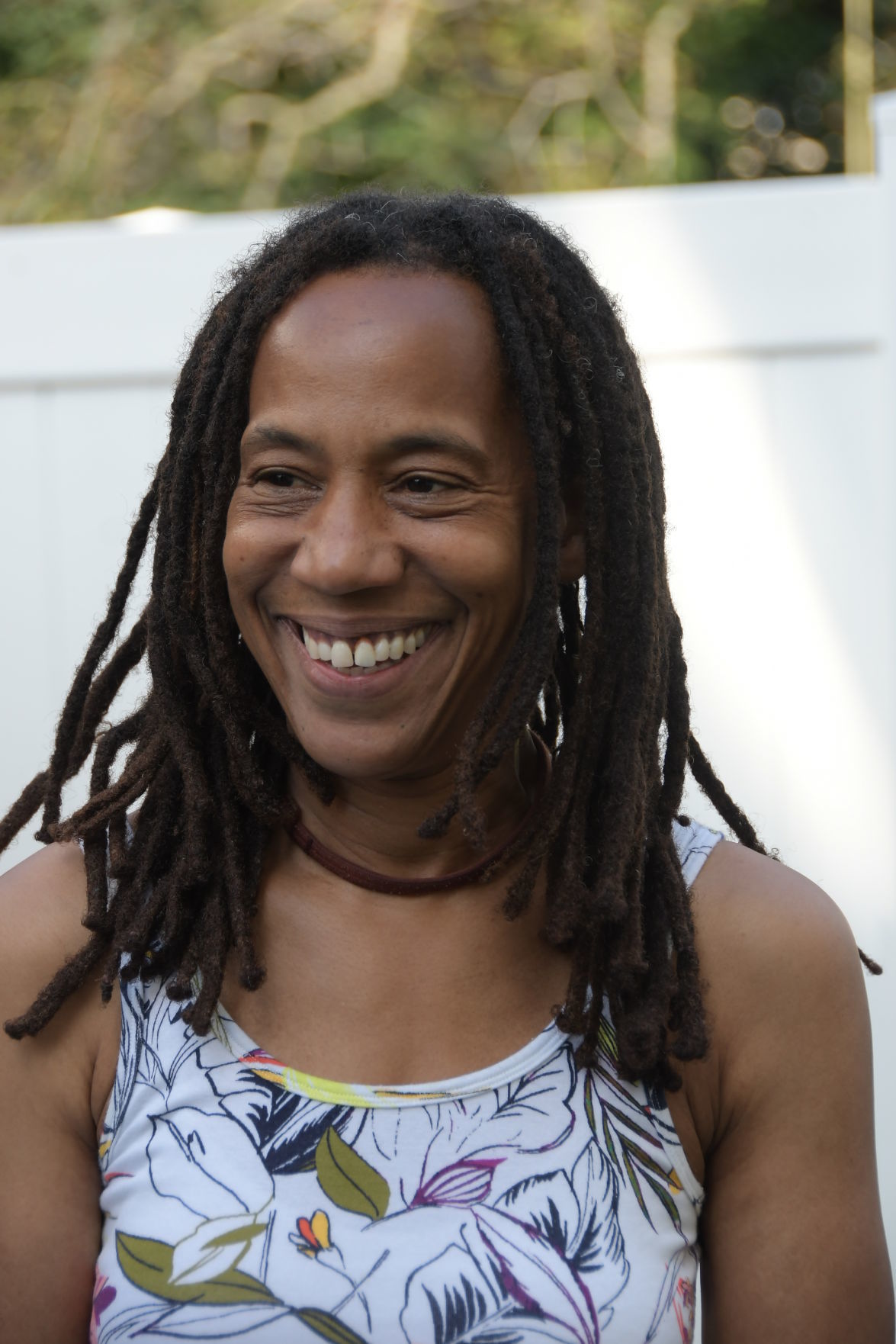 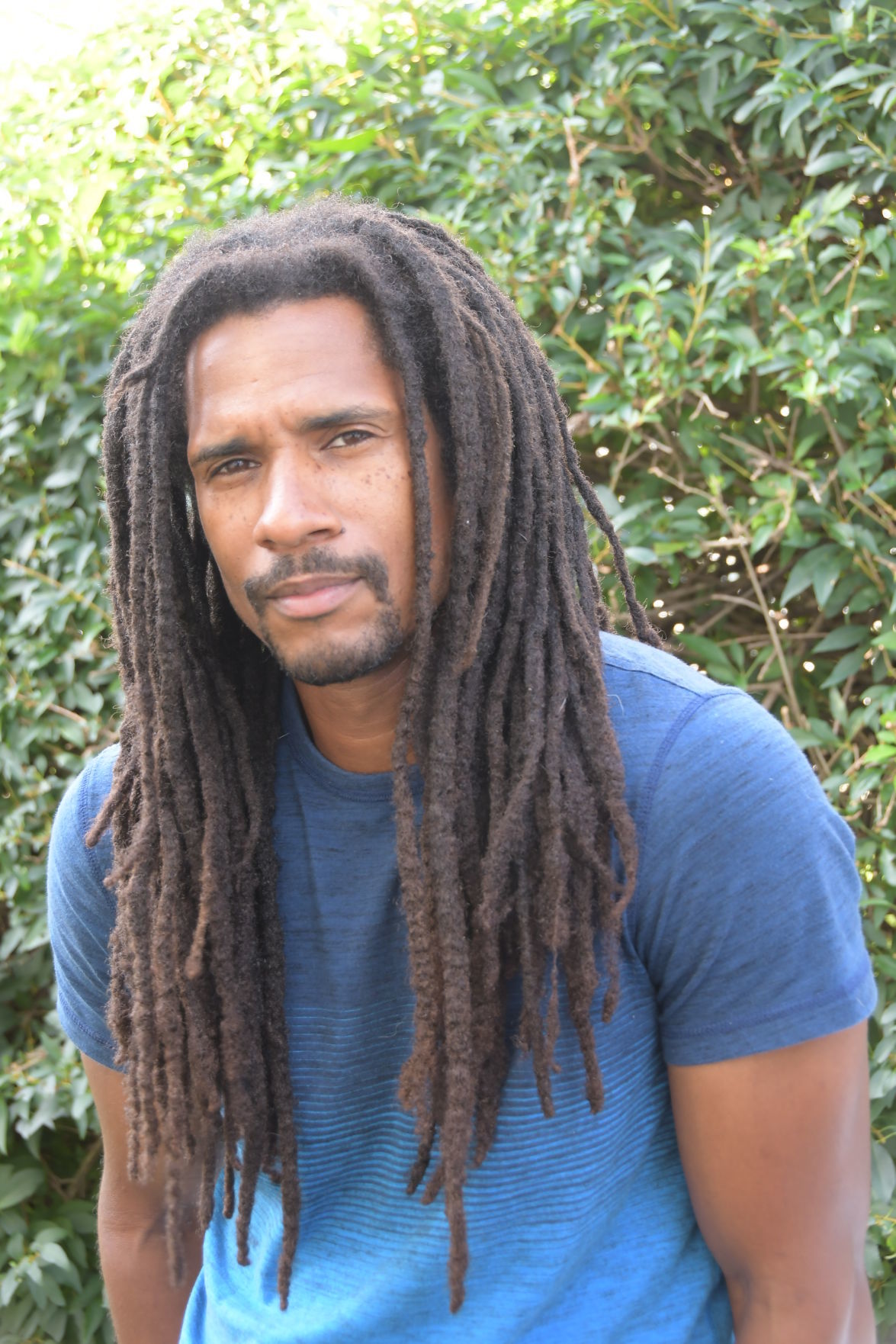 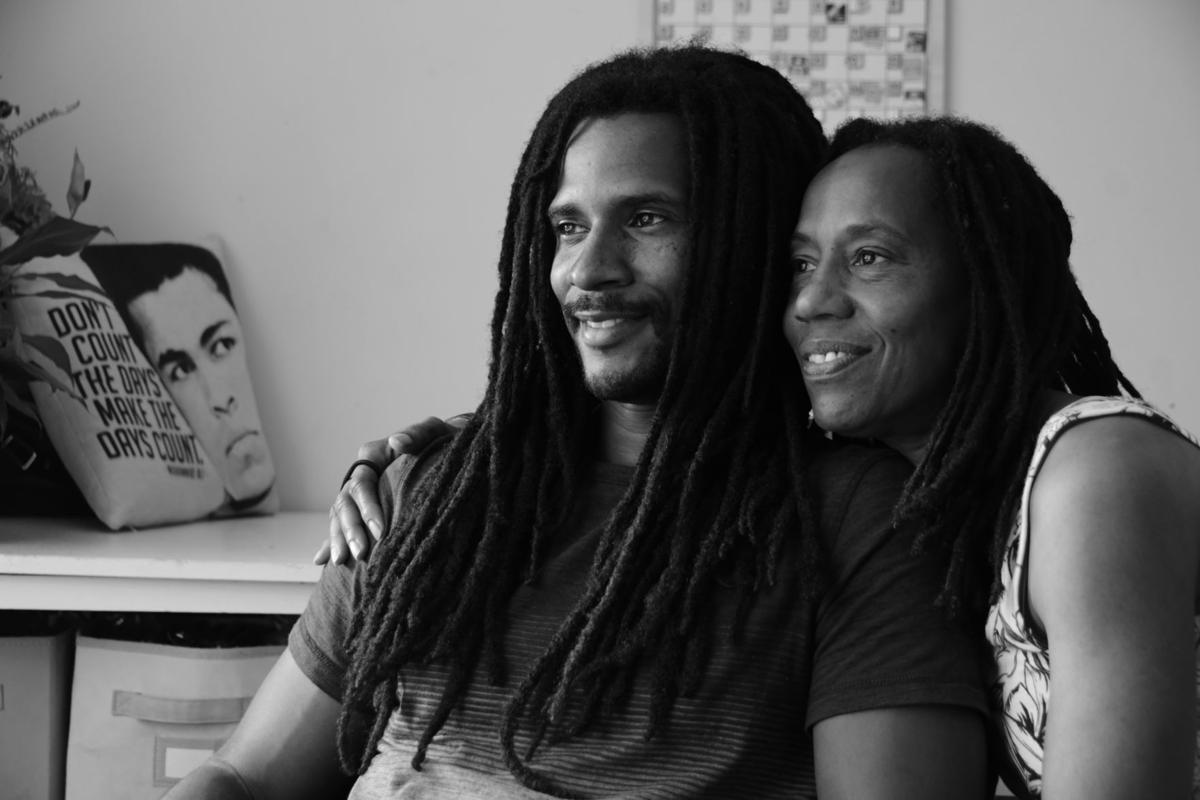 Debbie Africa gave birth to her son, Michael Africa Jr., while she was in prison. MOVE Organization members raised him, and she is just now getting to know him 40 years later. — PHILADELPHIA TRIBUNE PHOTO/CHIEF PHOTOGRAPHER ABDUL SULAYMAN

But much has changed around Africa since she was sent to prison at 22 years old along with eight others for charges related to the 1978 murder of Philadelphia Police Officer James Ramp during a shootout at MOVE’s Powelton Village compound.

Now 62 years old and a grandmother many times over, Debbie Africa was released from the State Correctional Institution Cambridge Springs in June. She moved in with her son, Michael Africa Jr., in a borough of Delaware County, where he lives in a three-story home with his wife and four children.

Of the so-called MOVE 9 who were sentenced to 30 to 100 years in prison for the killing, including Debbie Africa’s husband, only she has been paroled; two others have died in prison. The remaining members in jail have been eligible for parole since 2008.

“It’s not what I believe, it’s what I know: I did not kill anybody,” she said.

Muhammad noted the lingering uncertainty about who actually shot and killed the police officer in 1978, and said Debbie Africa and the other MOVE 9 members never should have been sent to prison.

“You’re always welcome to see people come home, but at the same time you can’t stop wondering: Why were they in prison in the first place?” Muhammad asked.

The Fraternal Order of Police Lodge 5 and the Philadelphia Police Department declined to comment about Debbie Africa’s release.

‘In a time capsule’

While sitting on her son’s living room couch on a recent weekday, Debbie Africa rolled up her right pant leg to reveal an ankle-monitoring device she must wear as part of her parole. She is restricted to staying in Delaware County and she has an 8 p.m. curfew.

“It’s annoying physically and mentally,” she said about the tracking device.

Debbie Africa said she was attempting to continue her life from where it was before prison — although that has its challenges.

“I was in a time capsule,” she said. “It feels like nothing stood still while I was in jail because I had a regular routine. But when I came out here, it made me feel like I did stand still. … It’s almost like everything was still back then — to me.”

“We’re just starting to really know each other,” she said.

Adjusting to the world outside prison has its challenges. Relearning how to cook remains an ongoing project.

“The first time I tried to scramble eggs, they weren’t too good,” she said with laugh.

Adapting to the ubiquity of modern technology has been among her biggest challenges.

“That phone gave me a lot of grief,” Debbie said, as she looked down at a cellphone and winced.

The MOVE Debbie was a part of in the 1970s styled itself as a Black revolutionary, anti-technology group that pushed back against the violent tactics of the Philadelphia Police Department at the time.

The organization clashed with police on several occasions, including the shootout in 1978 and the infamous police bombing of the organization’s headquarters in 1985. Eleven MOVE members were killed and 61 homes destroyed when police dropped explosives from a helicopter onto the organization’s fortified row home.

Debbie Africa, who was in prison during the bombing, questioned whether MOVE members and the city can ever get beyond the bombing.

Many of the clashes between MOVE and the city were the result of a racist criminal justice system, including police brutality and double standards of justice, said Linn Washington, a journalism professor at Temple University.

Those systemic issues have not disappeared.

“These problems that gave birth to the MOVE organization, the systemic abuses of police departments still persist today despite the presence of Black police commissioners, and Blacks in the hierarchy of the police department,” Washington said.

Today, MOVE members in the area no longer live the strict, back-to-nature lifestyles that John Africa endorsed, but they remain steadfast to his teachings. Members carry cellphones and use other modern conveniences.

Michael Africa Jr. said some MOVE members hold meetings in their homes. While the group does not actively seek followers, it doesn’t turn people away, either.

MOVE has always been anti-violence, anti-guns and anti-confrontation, but that does not prevent members from protecting themselves, Michael Africa Jr. said.

“We are peaceful people, but we are defensive people, too,” he said. “And I think people get those things confused because they equate fighting or defending yourself with violence … but it’s not the same thing.”

Michael and Debbie Africa carry on the teachings of MOVE’s founder, John Africa, in a less confrontational way than decades ago.

One of the 21st-century manifestations of MOVE is the nonprofit The Seed of Wisdom Foundation, which Michael Africa Jr. founded shortly before his mother’s release.

Michael Africa Jr. described the nonprofit as a sister organization of MOVE that advocates the teachings of John Africa and “natural law,” which includes living a healthy lifestyle and focusing on social justice issues and environmental protection, among other things.

“The organization is still actively involved and informing people of the dangers of a systematic oppression of life, but we try to focus on the softer side of it — of the revolution,” he said.

The remaining MOVE 9 members in prison continue to weigh on Debbie Africa.

“And then when it came time to get out, we didn’t get out together,” she added. “That’s just something that’s like a thorn there.”

Pam Africa, a long-time MOVE member who lives in Philadelphia, said MOVE members and supporters continue to advocate for their release from prison.

“I turn that rage into work,” she said. “That’s when we’ll be happy: When all of them come home.”

Under a barrage of shouts, chants and music from protesters, city officials and supporters of W. Wilson Goode Sr. dedicated a block in West Ph…

William Phillips, known as Phil Africa, a member of Philadelphia’s MOVE group, died in prison over the weekend, authorities said.

Seated alongside a son she gave birth to while in prison who was holding her grand daughter, MOVE member Debbie Africa addressed the public fo…

PHILADELPHIA — Attorneys for two members of the radical group MOVE are asking a federal judge to overturn the denial of their parole requests.

A second member of MOVE who has served decades in jail for the fatal shooting of a Philadelphia police officer has been released on parole.

For the better part of the last three weeks, members of the Black liberation group MOVE and their sympathizers expressed a growing concern ove…

Delbert Africa, one of the MOVE 9, says he's 'doing better every day... on the outside'

For the better part of 2½ hours, Delbert Africa wore the kind of smile one might expect of someone just released from prison after serving mor…

The last jailed member of the radical group MOVE was released from prison Friday, according to an attorney who represented the members in thei…

Mission? What mission? Can anyone tell me one thing MOVE has done for the Black community? Have they built any houses? Fed any free lunches to elementary school kids? Planted any trees to beautify blighted neighborhoods? Have they even picked up one piece of trash? What? What have these delusional basket cases ever done for Philadelphia besides talk nonsense?

What have they done. They've raised awareness of the diabolical methods used against the institution of racism. They've focused on human rights. They've exhibited strengths that ordinarily many would have given up, and mentally deteriorated. Their children have proven they can survive in an activist environment. They've shown that as it pertains to injustices; those whom have sworn to protect, also seek the truth. Their truth has also co at the or lives..seek truth. Follow the facts. Don't ne mislead. Truth is power.

Preceding should read as follows: the survived through the diabolical scheme to end Their fight against institutional racism

They've show strengths; and prove that unity is necessary when out of the ashes; surviving a major castatrophic method of ending resistors of institutional systemic tracima, life continues. After traumatic blows. Their children are also surviving in lieu of tragic events. Seek truth. Don' t be mislead. Perhaps a journal exists of the testimoni of an officer that only got as far as saying to media, the truth needs to be told. The cryiing widow was near to a divorce. She has remarried. They've saver an Innocent life. They continue to fight for human rights.

Right. You just proved my point. BTW. Do any members of MOVE work and pay taxes?

MOVE has a long history of community work such as car washes, caring for elderly, feeding homeless, rescuing abuse/street animals, protesting the mistreatment of animals in zoos and circuses, teaching the importance of composting, teaching about the benefits of a healthy diet and excerise regimen. They’re active in speaking/mentoring at risk youth and give lectures to students around the world. The last event I attended that was put on by the move organization was a fund raiser for relief efforts in Puerto Rico actually. Maybe you should look into the REAL history before you judge them. And since they run their own businesses as stated in many interviews, I’d fairly sure they pay taxes like the rest of us :)