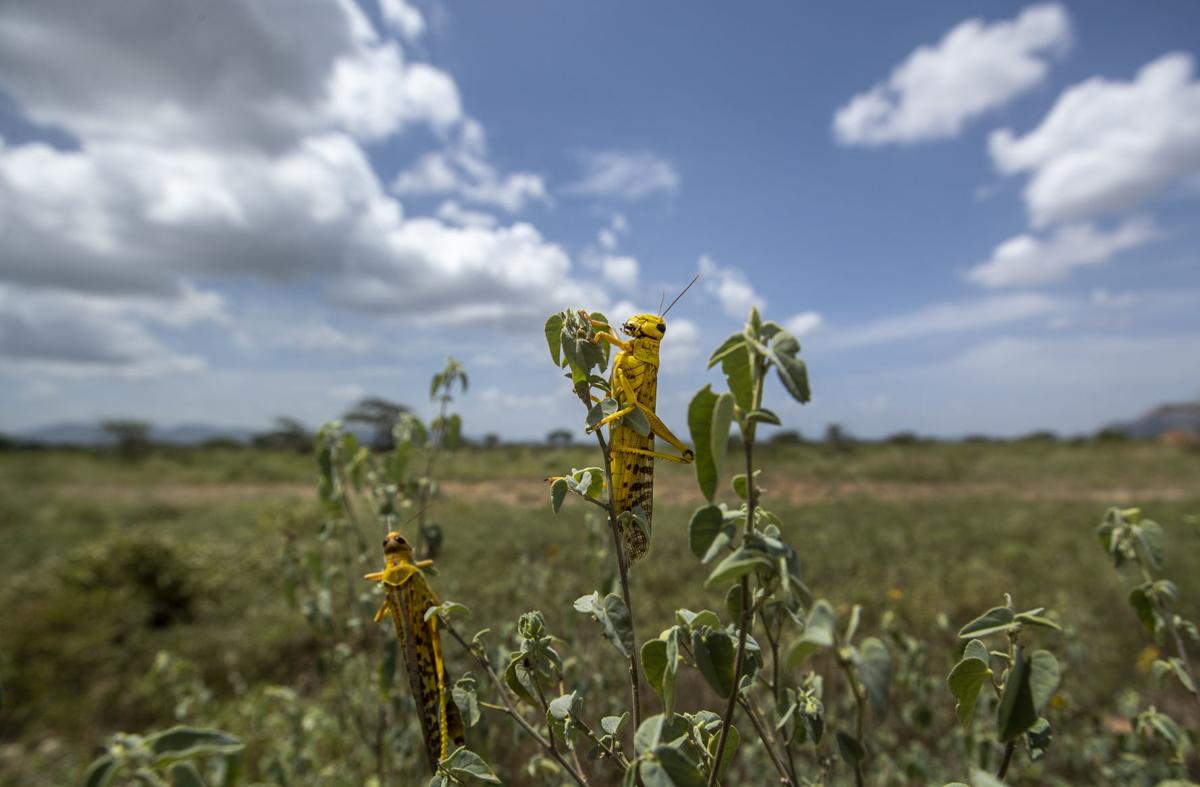 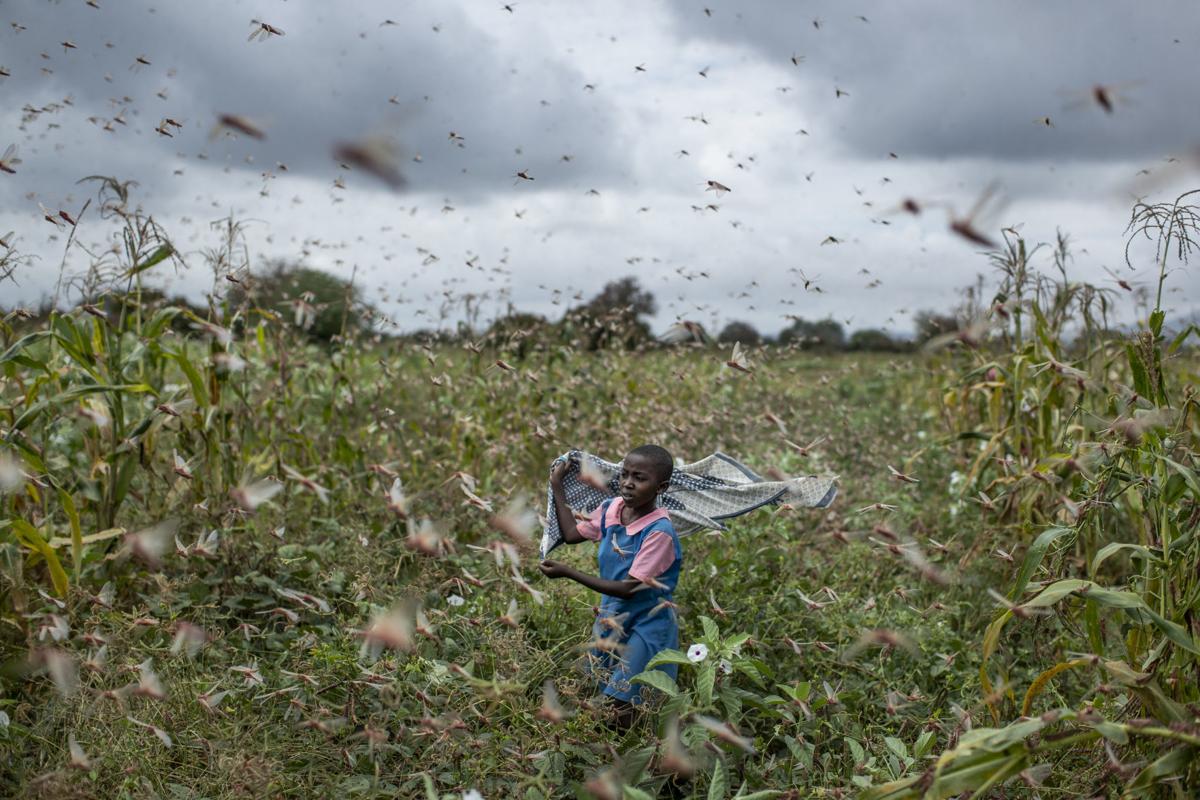 A farmer’s daughter waves her shawl in the air to try to chase away swarms of desert locusts from her crops, in Katitika village, Kitui county, Kenya.

A farmer’s daughter waves her shawl in the air to try to chase away swarms of desert locusts from her crops, in Katitika village, Kitui county, Kenya.

A new and larger generation of the voracious insects, numbering in the billions, is on the move in East Africa, where some countries haven’t seen such an outbreak in 70 years. Climate change is in part to blame.

The added threat of COVID-19 imperils a region that already was home to about 20% of the world’s population of food-insecure people, including millions in South Sudan and Somalia.

Yemen in the nearby Arabian Peninsula is also threatened, and United Nations officials warn that if locusts are not brought under control there, the conflict-hit country will remain a reservoir for further infestations in the region.

Lockdowns imposed for the COVID-19 pandemic have slowed efforts to combat the locusts, especially imports of the pesticides needed for aerial spraying that is called the only effective control.

“We’re not in a plague, but if there are good rains in the summer and unsuccessful control operations, we could be in a plague by the end of this year,” said Keith Cressman, senior locust forecasting officer with the United Nations Food and Agriculture Organization.

Now there’s a risk that the locusts could make their way in the coming months into West Africa’s sprawling and arid Sahel region just south of the Sahara Desert, he said. Chad, Niger and Mauritania could be affected — another burden for a region under growing threat from extremist attacks.

The FAO is preparing to increase its appeal for aid to $310 million as the livelihoods of millions of people across Ethiopia, Kenya and elsewhere are at stake, including farmers and herders.

Already about 400,000 hectares of land have been protected from the locusts, or enough crops to feed about 5 million people, said Dominique Burgeon, FAO’s director of emergencies, “but it is only one part of the equation.”

The number of locusts continues to grow despite the control efforts, and if that work is not sustained, the combined threat with COVID-10 and flooding “could have a catastrophic effect,” said FAO director-general Qu Dongyu.

The FAO in its latest assessment says the situation in parts of East Africa remains “extremely alarming” because new swarms will form from mid-June onward, coinciding with the start of the harvest season for many farmers.

The World Bank’s new $500 million program will benefit affected countries in Africa and the Middle East, and Uganda, Kenya, Djibouti and Ethiopia benefit from an initial disbursement of $160 million. Some of the money will go directly to farmers as cash payments. Plans to help Yemen and Somalia are at an “advanced stage,” the bank said.

“This food supply emergency combined with the pandemic and economic shutdown in advanced economies places some of the world’s poorest and most vulnerable people at even greater risk,” World Bank Group president David Malpass said in a statement.

The recent floods in parts of East Africa have killed nearly 300 people and displaced 500,000, slowing locust control work and increasing the risk of the virus’ spread, according to the International Federation of Red Cross and Red Crescent Societies.

“We are facing an unusually complex humanitarian situation,” Simon Missiri, the group’s Africa director, said in a statement.