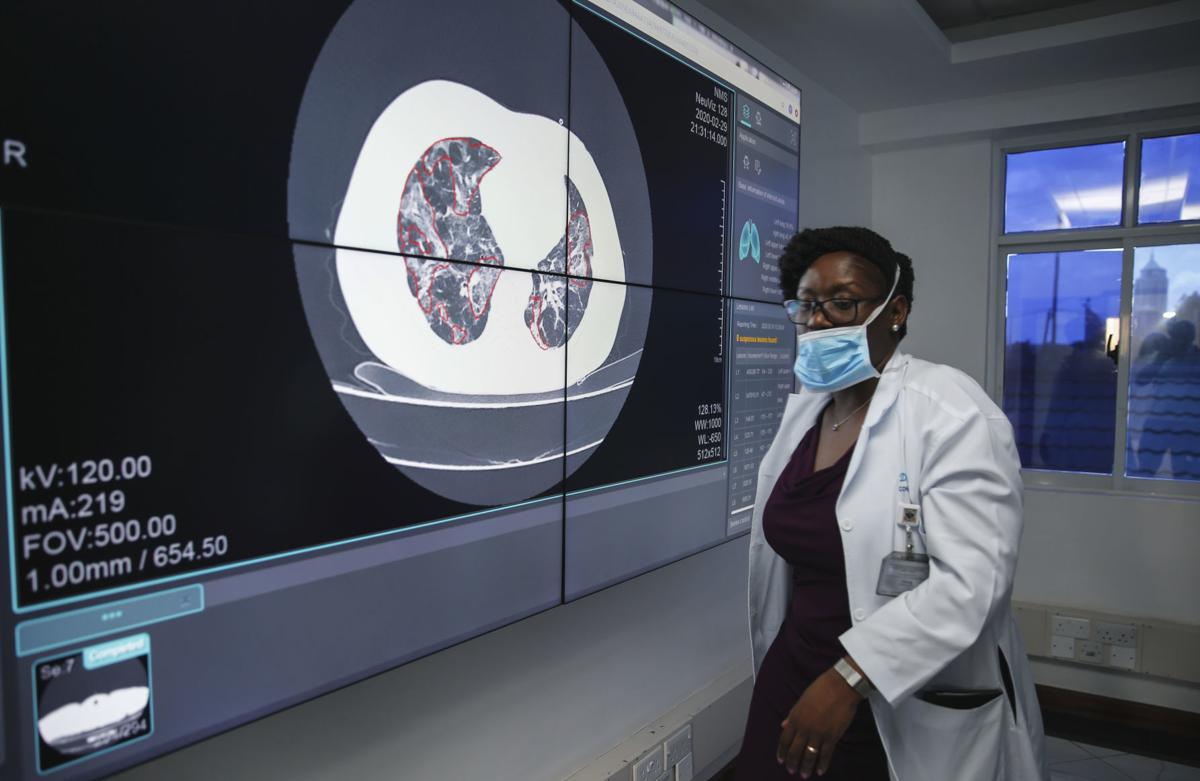 A doctor walks past a screen used for training showing an example CT scan of the lungs of a coronavirus patient, at Kenyatta National Hospital in Nairobi, Kenya on Thursday. 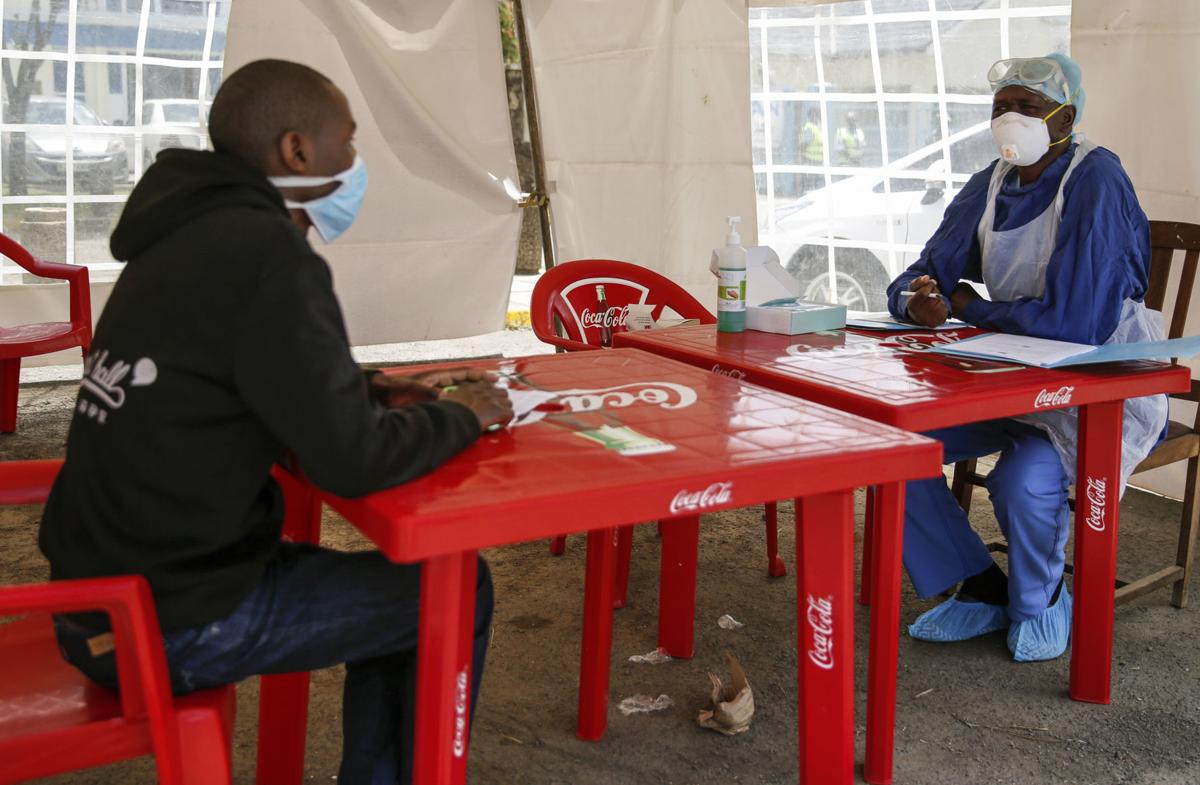 A patient, left, who walked into the hospital complaining of symptoms similar to those of the new coronavirus, is interviewed by a health worker, right, at Kenyatta National Hospital in Nairobi, Kenya. — AP Photos/Brian Inganga 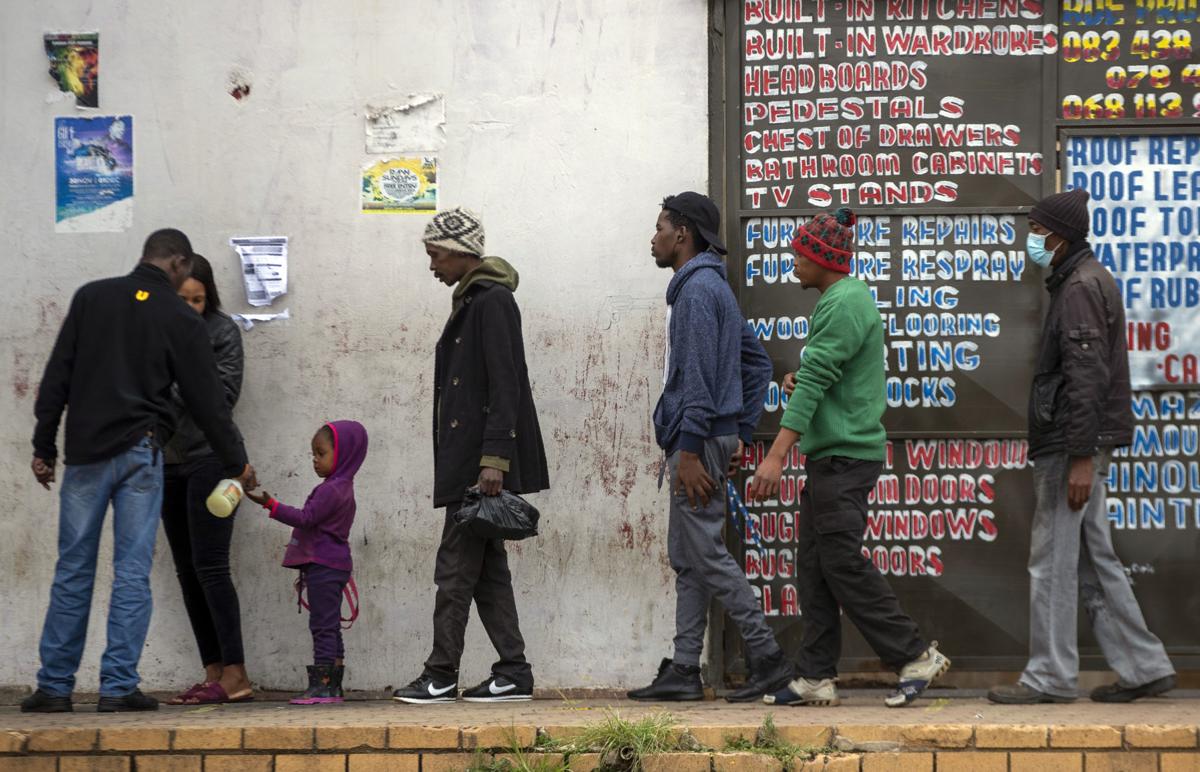 People queue for shopping at a local supermarket in Duduza, east of Johannesburg, South Africa on Thursday.

A doctor walks past a screen used for training showing an example CT scan of the lungs of a coronavirus patient, at Kenyatta National Hospital in Nairobi, Kenya on Thursday.

A patient, left, who walked into the hospital complaining of symptoms similar to those of the new coronavirus, is interviewed by a health worker, right, at Kenyatta National Hospital in Nairobi, Kenya. — AP Photos/Brian Inganga

People queue for shopping at a local supermarket in Duduza, east of Johannesburg, South Africa on Thursday.

JOHANNESBURG — Some African countries will have more than 10,000 coronavirus cases by the end of April, health officials projected Thursday, as the continent least equipped to treat serious infections has an “enormous gap” in the number of ventilators and other critical items.

While cases across Africa are now above 6,000 at what has been called the dawn of the outbreak, the continent is “very, very close” to where Europe was after a 40-day period, the head of the Africa Centers for Disease Control and Prevention, Dr. John Nkengasong, told reporters.

The virus “is an existential threat to our continent,” he said. All but four of Africa’s 54 countries have cases after Malawi on Thursday reported its first, and local transmission has begun in many places.

Nkengasong said authorities are “aggressively” looking into procuring equipment such as ventilators that most African countries desperately need, and local manufacturing and repurposing are being explored.

“We’ve seen a lot of goodwill expressed to supporting Africa from bilateral and multilateral partners,” but “we still have to see that translate into concrete action,” he said.

The World Health Organization doesn’t know how many ventilators are available across Africa to help those in respiratory distress, regional director Dr. Matshidiso Moeti told reporters. “We are trying to find out this information from country-based colleagues. ... What we can say without a doubt is there is an enormous gap.”

Some countries have only a few ventilators. Central African Republic has just three.

A small percentage of people who are infected will need ventilators and about 15% may need intensive care, said WHO official Dr. Zabulon Yoti.

The health officials pleaded for global solidarity at a time when even some of the world’s richest countries are scrambling for basic medical needs, including face masks.

Even if equipment is obtained, getting them to countries is a growing challenge with Africa’s widespread travel restrictions, though countries have made exceptions for cargo or emergency humanitarian flights.

Simply gauging the number of coronavirus cases in Africa is a challenge, even in South Africa, the most developed country on the continent, where authorities have acknowledged a testing backlog.

Other countries suffer from the widespread shortage of testing kits or swabs, though 43 countries in the WHO Africa sub-Saharan region now have testing capability, up from two in early February.

As more African countries impose lockdowns, both the WHO and Africa CDC expressed concern for the millions of low-income people who need to go out daily to earn their living. That’s a “huge challenge,” Moeti said, noting that hundreds of thousands of children are now out of school as well.

It is too soon to tell how the lockdown in places like South Africa has affected the number of cases, she added.

The lockdowns are causing unease. Police herded several hundred homeless people into a stadium in South Africa’s capital, Pretoria, where tents were erected for shelter and methadone was provided for many. There were complaints about the lack of sanitizer or soap.

The first sub-Saharan African nation to impose a lockdown, Rwanda, has now extended it by two weeks, a sign of what might be to come for other nations. Botswana imposed its own, effective Friday.

“Don’t lock down the whole country,” Nkengasong said. “Lock down cities or communities where there’s extensive community transmission so .. social harm is minimized. But if infection is spreading across the entire country, you have no choice.”

Health experts in Africa are rushing to understand whether factors such as Africa’s youthful population — some 70% of the continent’s people are under age 30 — will be a benefit in fighting off the virus and how the widespread problems of malnutrition, HIV, tuberculosis and malaria might affect people’s ability to fight off infection.

“Our greatest fear” is that programs tackling those perennial issues will be sapped by the current crisis, Nkengasong said. “The time to advocate for those programs is not when COVID is over. The time is now.”

Dr. Meredith McMorrow, Medical Officer in the U.S. Centers for Disease Control and Prevention’s influenza division, acknowledged to reporters that the U.S. is “suffering right now” and that limits the U.S. ability to respond with overseas aid. But she said the U.S. is helping African nations procure overseas equipment “as rapidly as possible.”

The latest African nation to report its first virus death was Zambia.