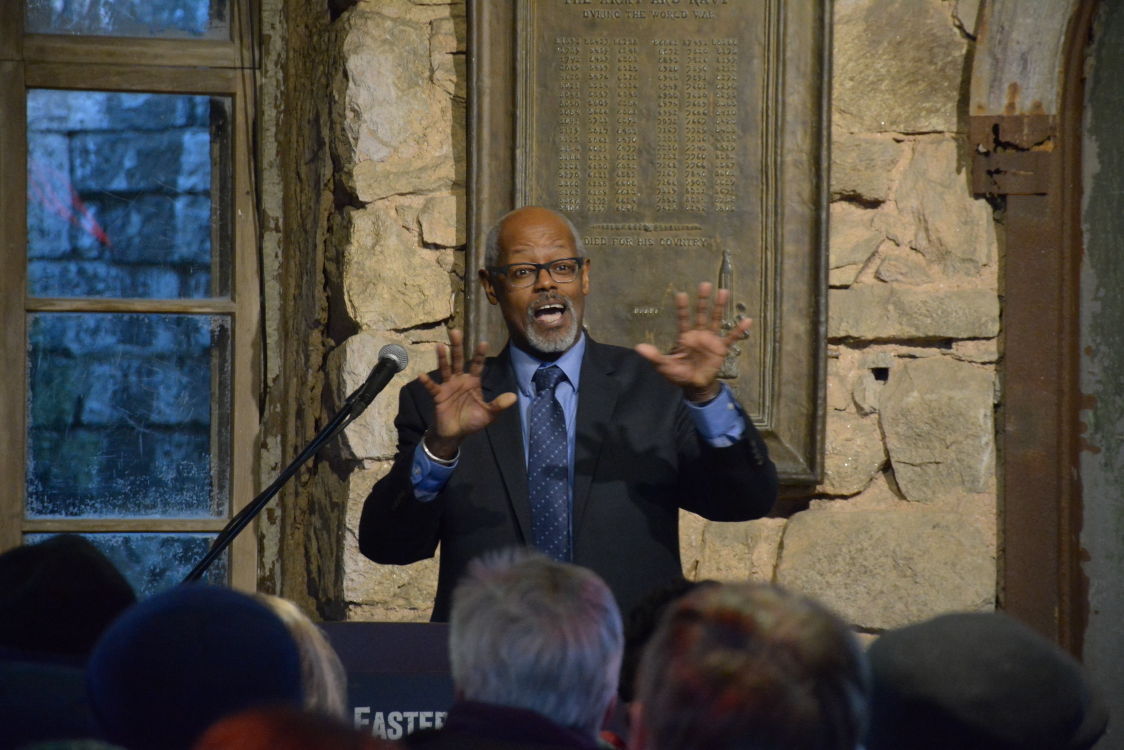 Harold Jordan, a senior policy advocate at the ACLU of Pennsylvania, and author of “Beyond Zero Tolerance: Discipline and Policing in Pennsylvania Schools.” 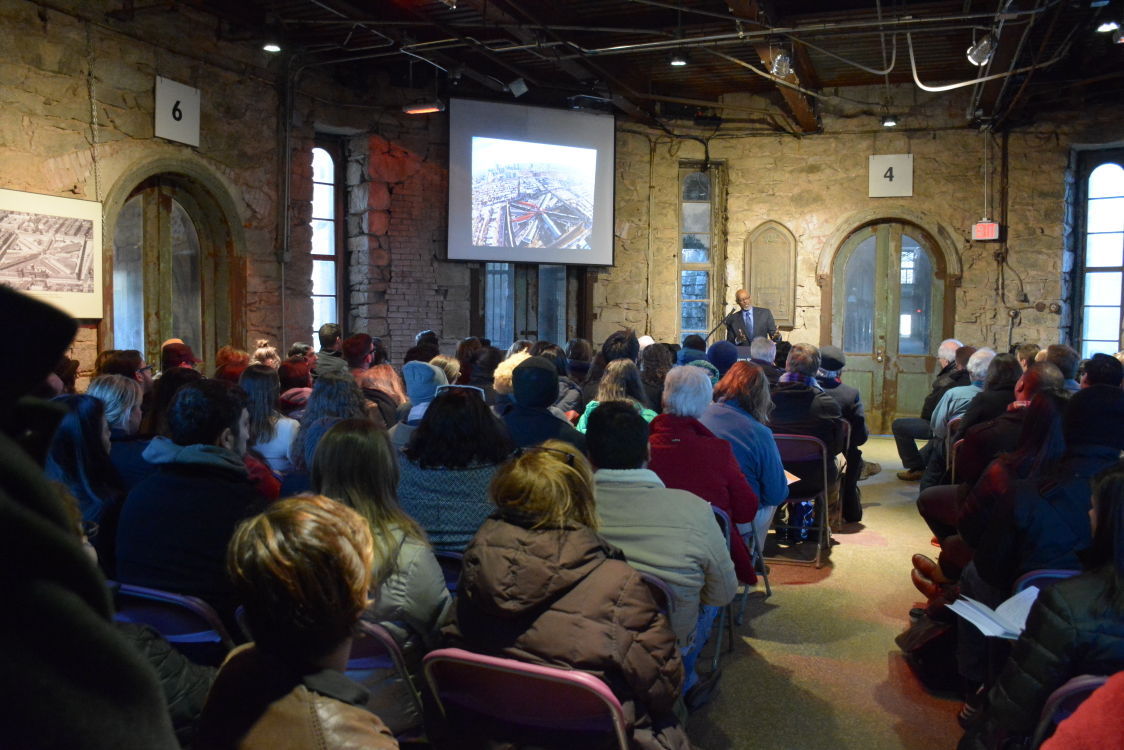 Harold Jordan, a senior policy advocate at the ACLU of Pennsylvania, speaks to a crowd at the Eastern State Penitentiary in Spring Garden about stopping the the criminalization of youth. — ABDUL R. SULAYMAN/CHIEF TRIBUNE PHOTOGRAPHER

Harold Jordan, a senior policy advocate at the ACLU of Pennsylvania, and author of “Beyond Zero Tolerance: Discipline and Policing in Pennsylvania Schools.”

Harold Jordan, a senior policy advocate at the ACLU of Pennsylvania, speaks to a crowd at the Eastern State Penitentiary in Spring Garden about stopping the the criminalization of youth. — ABDUL R. SULAYMAN/CHIEF TRIBUNE PHOTOGRAPHER

Black students and Black students with disabilities have the highest probability of being suspended or expelled from schools statewide.

Nearly one in six African-American students were suspended or expelled from school in 2009-2010 and nearly 22 out of every 100 Black students who had disabilities were suspended at least once, according to a report compiled by the American Civil Liberties Union of Pennsylvania.

Although the report, “Beyond Zero Tolerance: Discipline and Policing in Pennsylvania Public Schools,” was last updated in February 2015, it was written by ACLU of Pennsylvania Senior Policy Advocate Harold Jordan who speaks about the topic frequently, most recently on April 5 at Eastern State Penitentiary.

“What’s happened in the last 20 years is the removing of kids from school for a broad range of reasons,” Jordan said. “It’s been an explosion, and the numbers of kids who are removed from school are suspended for a wide range of reasons ... and bringing it home to Pennsylvania, the kid who is most likely to be suspended is a Black male student with a disability.”

Jordan added, “At an alarming rate kids are being removed out of school by educators or the police.”

The type of racial bias happening in K-12 education has led to the “school-to-prison pipeline” discussion. The school-to-prison pipeline refers to policies that encourage police presence in schools and use tactics that usually result in suspensions. That, combined with zero tolerance policies, which are predetermined punishments no matter the behavior, have led to more students being suspended, expelled and out of class.

Jordan said suspensions have gone up dramatically, although there’s no evidence to support that violence in schools has risen in the last two decades. Nationally, 95 percent of out-of-school suspensions are for nonviolent reasons including being disruptive, acting disrespectfully, tardiness, profanity and dress code violations, said then-U.S. Secretary of Education Arne Duncan in 2014.

“The consequences are devastating,” said Jordan, who also chairs the board of The Philadelphia Public School Notebook, a nonprofit, independent news service. “There are way too many young people who are out of school and off track.”

This is a national concern for four reasons, the report states: there is serious punishment for minor disciplinary matters; students with the highest rates of punishment come from communities that are already poorly served in the education system; there are negative social and economic consequences for students and surrounding neighborhoods; and removing students has not prevented or deterred future misbehavior.

“Student arrests are way down in Philadelphia because there’s specific policies that say the police should not be involved in certain incidents,” Jordan said. “Principals have been told that. For instance, a cellphone issue or a student being dressed out of uniform ... they are not police matters, and they are less likely to be dispatched. That is a policy.”

In an email, spokesperson Raven Hill wrote the District never had an official zero tolerance policy. However, page 3 of the District’s 2009-2010 “Code of Student Conduct” book, still available online, reads “The Code of Student Conduct establishes a zero tolerance policy for conduct that endangers the safety of the schools and/or disrupts the educational experience for other students.” Hill said the School Code of Conduct was revised in 2012 and implemented that fall.

She stated the district’s new code “includes progressive disciplinary strategies and brought a more comprehensive approach to external and internal circumstances related to the student and the incident.”

Sometimes when a student misbehaves, it may be due to a disability that hasn’t been diagnosed, experts say.

Arlene B. Mayerson, the directing attorney for the Disability Rights Education and Defense Fund located in Berkley, Calif., said there are biases in terms of minority students with disabilities that have been well documented and studied.

“We see kids that have been struggling academically and behaviorally for years and they’re categorized as a bad kid,” Mayerson said. “They’re just being ignored by the school district.”

Mayerson said if a student has a disadvantage it should be addressed explicitly and educationally. She said there’s three reasons for widespread noncompliance when that doesn’t happen.

Either the student hasn’t been identified with having a problem, or there is no way to specifically address the behavior under the Individualized Education Plan (a written document designed for each public school student eligible for special education), or the behavior is recognized, but the IEP plan is not up to educational standards, Mayerson explained.

“Suspension has become the default measure for many behaviors,” Mayerson said. “Instead of adopting all these techniques there’s this clamping down on zero tolerance. It’s wrong-headed in my view and it ignores the fact that kids aren’t just acting out for any reason. Sometimes [their behavior] has nothing to do with something that happened in school.”

In February, the U.S. Dept. of Education proposed the Equity in Individuals with Disabilities Education Act, which seeks to address disparities in the treatment of minority students with disabilities.

“[The] National Council on Disability applauds the Department of Education for echoing our recommendations in their Equity in IDEA Rule proposal,” said NCD Executive Director Rebecca Cokley in a statement. “Studies reveal that up to 85 percent of youth in juvenile detention facilities have disabilities that make them eligible for special education services, yet surprisingly only an estimated 37 percent receive these services while in school.”

Cokley continued, “Disabled youth, particularly students of color, in the juvenile justice and criminal justice systems are deprived of an appropriate education that, if provided, could greatly expand options and opportunities. The proposals by the Department are an important step in correcting the current imbalance.”

Mayerson said some schools that have adopted a Positive Behavioral Interventions and Supports (PBIS) method, which was also established by the U.S. Department of Education’s Office of Special Education Programs, are faring better than some who use hard-lined punishment for misbehavior.

Wayne Sailor, a professor in the Department of Special Education at the University of Kansas and director of the Schoolwide Integrated Framework for Transformation (SWIFT) Center, said PBIS started approximately 25 years ago and data shows that it works.

“PBIS is not only a special education initiative, it’s a way of creating a culture grounded in positive support. You don’t do away with forms of punishment, there’s just a major shift in emphasis, Sailor said.

“It creates a different mindset in which kids can respond,” he added. “If you acknowledge kids for what they’re doing well, you reinforce their efforts to learn to follow the rules, and you don’t yell and punish them. The culture of school becomes a nurturing and rewarding environment. They will pay attention and do well academically.”

In Philadelphia, there are 30 schools in various phases of PBIS — 28 elementary schools and two middle schools, the District said. They are funded by five different resources.

Sailor said students want to attend schools where they’re respected and where it’s reinforced that school is a place where they can thrive.

“Kids have a natural desire to learn, but it’s the rest of their lives that becomes hard to function in,” Sailor said. “If their circumstances are so different or they’re in the projects or in a community that is low-income, then school has to be a place that is a safe haven for them so they can learn and engage and where their self-esteem is built, so they can feel confident. And that’s what’s missing in a lot of schools. For a lot of schools that rely on punishment, the kids there just see school as another place where people treat them badly.”

Lydia Wright, a law fellow with the Southern Poverty Law Center in Jackson, Miss., said zero tolerance is based off the idea of removing “bad apples” from the classroom to safeguard the learning environment, but that method ends up punishing misbehavior after it occurs.

“That theory has no support in research in public schools whereas implementing PBIS has support in peer-reviewed research,” Wright said. “Funneling kids from the classroom to alternative schools or to juvenile detention centers or to the streets through expulsion or suspension ... instead, schools can change their policies and practices to reduce these suspensions and expulsions and create a positive school environment where positive behavior is rewarded, encouraged and taught.”

Wright said in addition to PBIS, other alternatives include parental involvement, providing targeted interventions for students with behavioral health needs and designing effective and positive school-police partnerships. Additionally, she said effective classroom management is key, as well as providing classroom and behavior management for teachers and school leaders who may not have received robust training and may have no tools except suspensions and office referrals.